This has been reported by a number of people I know but I haven’t tried it yet! When using the Canon 100mm Macro IS F2.8L in manual focus mode the iris changed on it’s own. This happens only with the new firmware, not the old 30p only version. It happens in stills and video. For much more info please visit the 5DmkII improvements team’s website. From the looks of the comments it seems many other lenses are suffering from this too. Damn! 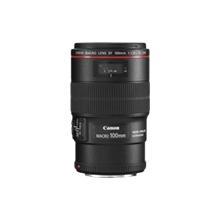