We all know the world has gone ape sh*t crazy for 3D movies recently, obviously the flag bearer being that little movie about blue folk living in the forest (not “The Smurfs”, that is to come!). The problem is I am constantly underwhelmed with my 3D experiences so far for many reasons.

So far every 3D movie that I have seen at the cinema in the past couple of years, Beowulf, Avatar, Clash of the Titans have left me feeling not quite happy with the experience. Almost as if it has got in the way of the film. Avatar of course was spectacular visually and I saw it twice, once in IMAX and once in “Real D”. Titans in “Real D” too…Both gave me a slight headache, not as much as Beowulf but it still happened. It doesn’t help that I hate wearing glasses and it never feels “sharp enough” if you know what I mean. Like the way the images projected and the glasses work just aren’t 100% spot on…it’s hard to put your finger on it.

One thing I noticed in Avatar and also when I saw the ironically very flat Clash of the Titans remake  (which was not shot 3D but all done in post) was that the deep depth of field shots worked for me and anything with any type of shallow depth of field felt like cut outs or more accurately 3D pop up books. That seems the best way to describe it for me…Didn’t help that it was an utterly soulless movie which wasted amazing material and made you care for no one…but that’s me just going off on one (why did Sam Worthington who is raised by English sounding Pete Postlethwaite have an Aussie accent? Why remove the Andromeda love story so we don’t care about her anymore? I could go on but I won’t! But I liked Gemma Arterton though! )

The problem is the way we have traditionally made movies is using selected depth of field to draw your attention to what the director wants you to see in frame (there are always exception to that rule, Citizen Kane being a famous example.) But when this is done in 3D that’s when I feel that pop up book  issue…

I really wish I had seen Clash of the Titans in 2D. I kept taking off my glasses as the 3D was bugging me and thought this looks much better, just not in focus! Also the cinema had the damn cheek to charge me £2.50 for the 3D glasses!! Rip-off! 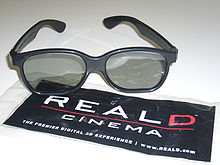 I am not sure what the solution is, as am not sure how well having deep DOF for everything in a 3D movie would work. I understand Kung Fu Panda had deep depth of field for 3D and fake Shallow DOF for the 2D version. It’s a shame I didn’t know that when it was out as I am very curious to see how well it worked. Certainly an animated film can do 3D better than a real movie as you have so much control over the DOF. With a camera you don’t. If we had deep DOF for 3D movies it would be a lot harder for the director to direct our attention to something in the frame that was key…also am not sure our eyes can cope with it either… 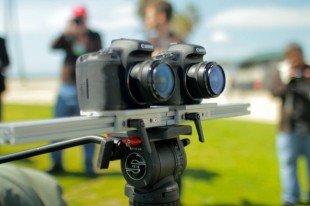 I myself will be experimenting with stereoscopic 5dmkII rigs soon but these cameras have notoriously shallow DOF so will everything I shoot look like a pop up book? Do we all need to start using 1/3″ chips for 3d? That’s why the Panasonic “concept” 3D camera looks so interesting, apart from it’s intriguing use of twin lenses one camera. It looks based on an HPX 170 so will have 1/3″ chips, meaning nice deep depth of field (bet you never expected me to say that phrase did you?) Shooting with cameras which cannot be genlocked together is going to be damn tricky but not impossible… 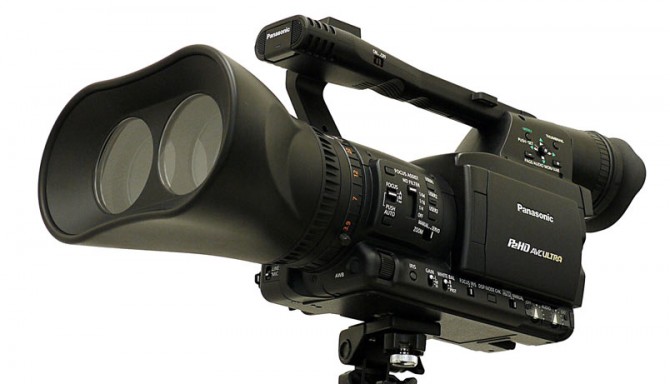 Also, we are experimenting with some post processing Canon DSLR footage to create 3D from already shot 2D footage to see the results. Very curious to see how that works out…

The upside of the big influx of 3D movies is cinemas are finally updating their knackered old projectors and going digital meaning we don’t have to put up with degraded 35mm prints after a week or so of showing them like we currently do and of course part of the reason 3D movies are being pushed is they are damn hard to pirate, it takes the experience back to the movie theatre and away from the bittorrents.

3D TV is also really big right now with Sky TV in the UK launching the first 3D TV service, but you need a “3D ready” TV for it and still need to wear those damn glassed! I am very keen on seeing this in action, they premiered their first football games in 3D this weekend in pubs and clubs. As I will be in Vegas from Friday for NAB I will also be able to check out all the latest 3D tech, I expect it to be littered with it. It’s just until we can walk into a movie theatre or watch TV without wearing the glasses I just don’t feel as excited about it as I did when we got HD. Until the many issues are ironed out it still feels somewhat gimmicky. I am sure in the future it’s going to be amazing as these things always get better, it’s just there is something so perfect about 2D, something so classic that I just hope it never dies out. We have enough 3D in reality, do we really need everything we watch to be like that too 🙂