What is my work? 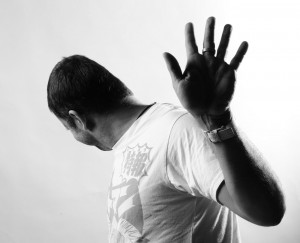 Most of my work you don’t see online. I don’t have the rights to show them on the internet or can’t get copies (like my Discovery HD work). What I do post on my website is some of the paid work I am allowed to show, like NT Live, 3 Seconds, The Echo, Valentine’s Day, The Trench, Siberian Portrait as well as, of course the stuff I shot and directed like Life of Crime, Eddie Gibson, Religion and of course my Anorexia films amongst others. The vast majority is my personal work…

Films like Sofia’s People, Cherry Blossom Girl, My Autumn’s Done Come,  Return to Dungeness, Love from Southend, Alone in Tokyo and many more here are mostly just my personal projects. You see, my passion is filming, it’s the biggest thing in my life, for better or worse. I am lucky enough to be doing what I love, so when I get the chance…whether it is to test a new piece of gear or just to capture something that I want to capture I go out and do it. I can be prolific at times when I feel really motivated. I have new bits of gear I really need to try out and the best way I find to try out stuff is to film with them and make something out of it. I have the new Redrock Encore, a glidecam 2000, glidetrack, Jag35…still, the gh1 with sigma prime lens and many others. I am desperate to go out and use them but finding the time is hard, amongst answering all the emails, keeping the site running and of course actually doing proper work!

So how do I classify my personal work? Do I call them films, videos? To me they are films, as film to me doesn’t necessarily have to be narrative, have a storyline or deep concept. It can just convey an emotion, a feeling and that is what I like doing the most, as often this emotion or feeling conveys a message in itself. What that message is can be up to you, it can be open to interpretation. But I hope my work can sometimes bring a feeling of positivity to a world filled with a lot of negativity.

Stills photographers like Martin Parr, someone I only discovered a year ago (not that I am comparing his genius work to mine) captures people beautifully and naturally, something I love doing. Like him, I find richness in people’s faces, something that I believe works in moving video not just stills. I love to capture the world around me, people, places, objects, from my perspective. Not necessarily one that you share. But it’s how I see it, often influenced by my mood at the time or inspired by something or someone I meet. It’s hard to put into words. That’s why I do it with my films!

The Canon 5dmkII has recently given me the chance to be really spontaneous in what I can capture, much more like a stills photographer. I kept my films Cherry Blossom Girl and Sofia’s People raw and handheld to emphasize this rawness of “capturing the moment”. It won’t stop me doing more considered pieces with 35mm adaptors, tripods and my ex3. But it has opened up a new word to me…

My goal with this website originally was purely to showcase my work and get work. Somehow, it has evolved into something much more. A place to share information. To inform about my experiences with new gear that I have bought, which has now turned me into a part-time reviewer, the majority of stuff I review I have paid full price for, sometimes I am lucky enough to be given review samples, not very often, but often enough to mean I don’t go bankrupt! I would like to believe I am impartial. I was often accused of being bought up by Sony in the EX1 days, I think my work with JVC, Panasonic, Canon etc has more than shown this to be nonsense. For me if something is great I don’t care who makes it! Every camera I have paid for, I recently bougt a 5dmkII and lots of glass for it, I don’t even have a Canon contact, but that hasn’t stopped me waxing lyrical about it and putting out tutorials and films using it. I even reluctantly put a donate button on my main page as the site is costing me a lot to run recently and taking up so much of my time to keep it going and keeping it fresh. So much so that I am having to dedicate specific days to it now.

More importantly to me, my site has now become a place that inspires people to go out and film. To pick up their cameras and capture life as it is, go and make narrative films, film a documentary about something important to them, to push themselves more. This is what I am proud of the most.

I have started doing more and more speaking engagements, where I get to share my work and thoughts with people in a less virtual environment. Next week I will be running through the JVC HM 100 and workflow with the Canon 5dmkII at the first London Final Cut Pro User Group gathering. Please come if you can, be great to meet you. I always love to put a face to the name, that’s why I enjoyed this year’s NAB so much! Also don’t forget Re:Frame in San Francisco this October, it’s almost sold out so hurry. I will be doing 2 days of solid shooting workshops.

With F-Stop Academy I am hoping to do take this and expand on it in a much bigger way…nothing is going to change here though. I will still be doing what I am doing, making my films and hoping that to some they give pleasure and make you go out and do it. I will soon have a long interview up from a good friend of mine Tom Guilmette, I hope his words will inspire you too. I was lucky enough to have a mentor when I was learning and he helped me immesurably. We can’t all be as lucky as me, but with people like myself, Tom and many others hopefully we can inspire in the same way.

Oh and if I don’t reply to your email or question on my site or vimeo (email me rather than send using vimeo, it’s easier for me to reply), send it again. I get a lot and sometimes miss them but i always reply in the end!

Hear me talk about Canon 5dmkII workflow and meet me at the first London FCPUG Supermeet, with special guest the legendary Walter Murch!!