New Macs! Also Timescapes, the first film to be released for purchase in 4K and now native to the new retina macbook pro in just under 3k!

Tom Lowe has been working on Timescapes for as long as I have known him. He is the man who inspired me to try timelapsing at night, which I have to say is bloody hard work!

Working out of a Toyota truck almost every night for two years, he put together the movie using Canon DSLRs and the Red Epic. Excuse the pun but it has been an epic endeavour and it must be very odd for him to finally have the movie done and released. Like seeing your first child leave home! The dedication to make this film was immense, and this was from a man who until this had never shot video before.

Tom also responded in a fantastically zen-like way to his movie being available on torrent sites and you can read that here.

I first met him at NAB back in 2009 and we have remained friends ever since. In fact, Tom and I just over a week ago caught the midnight screening of Prometheus in London when he was over. 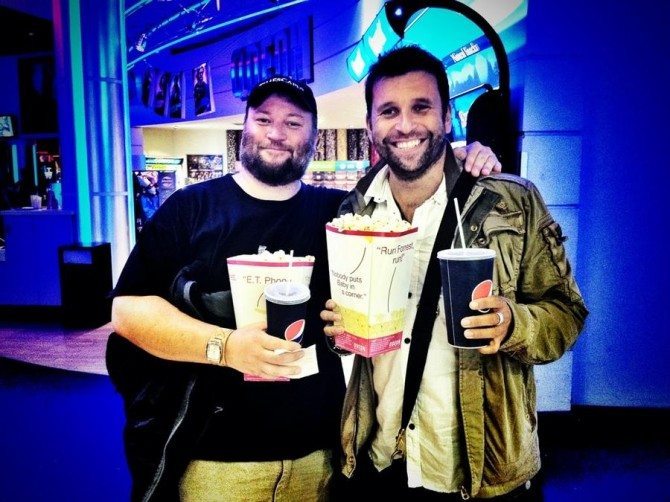 I saw Timescapes at its premiere at this year’s NAB, and it was a wonderful experience that was actually in a way ruined by being in a theatre surrounded by people. For me, and some may disagree, this film makes you want to strip naked (hence being alone as wouldn’t want to subject others to the same!), assume the lotus position, and let the movie transport you to an almost LSD state of visual splendour (Not that I have taken LSD, but I am very familiar with LCD and LEDs, and have been known to take large doses of Vitamin C on occasions when I feel I have the man flu coming on!)

There is no story. There is no deeper meaning. It is a film that is what it is. A stunning capture of a part of the world that will be preserved for ever. I don’t want to sound too pretentious, but this is a film that will be a piece of art that people will watch for decades to come (Tom can now send me that cheque he promised me! Kidding!)

I bought the blu-ray and it is astonishing, looks better on my TV than it did in the theatre. I also have the download version on my iPad “3” retina (insanely detailed),  a native one for my 30″ Apple Display monitor, and now Tom has made available a version optimised for the new Apple MacBook Pro 15″ Retina Display of 2880 x 1800 which is pretty much 3k. This is the first movie to be released for this resolution and if that is not good enough for you, there is always the 4K version and a 4K cineform version. Rumours of Tom bringing out a version on VHS have proven to be false, much like the rumour of a hugely revamped Mac Pro. You can buy the film in physical form or download it by clicking the image below. 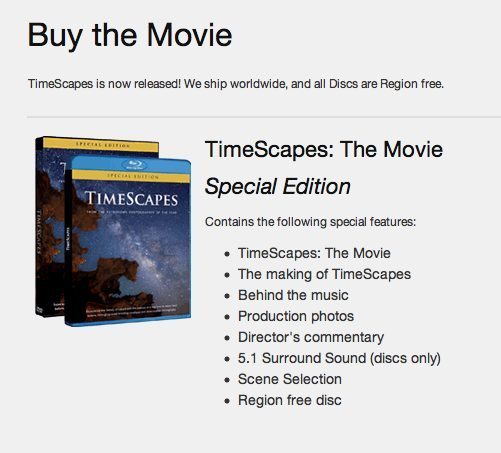 On that topic, it’s a real shame that the incremental improvements of the Mac Pro pretty much sum up where Apple is heading for pros. Minor speed increases, no new graphics card. Literally the same old mac with a teeny bit more oomph. Not what was needed after 2 years of zero love. I love me an Apple and my MacPro has lasted longer than any computer I have owned and pretty much most of my girlfriends (joke), but it has been switched off and replaced by a top spec iMac for the past 6 months. My wallet is kind of relieved to be honest. I can’t afford a pimped out MacPro right now, and I am not sure if I need it. Most of my big editing jobs are done by pro editors and on my smaller projects which I cut I generally use my MBP, as I am 9/10 months of the year in hotels! The new 15″ Retina MBP looks rather spiffy although pricey. A sub 3k display. Lovely new NVIDIA graphics card, a welcome return back for MBPs and should hopefully integrate nicely with the CS6 Freddie Mercury engine. Two thunderbolt ports and FINALLY USB 3.0 but at a cost of firewire 800 and ethernet (both available via thunderbolt adaptors). No more built in optical drive, but that is no big loss as I never stick anything into that slot anymore, all digital download now.

It’s about time that more thunderbolt accessories came out. I can count the one I have on one finger. So far it’s a totally underused tech that might now finally start being utilised properly with the new BlackMagic Design camera sporting a thunderbolt port, the G-Tech thunderbolt hard drives now out, and AJA having a Kona style I/O add on the XT. Some thunderbolt hubs would be nice, and now that we have lost the 17″ MBP there goes the last express port laptop from Apple, so these add-ons need to really start appearing. An SD card slot is no replacement for an express port.

Do I mourn the loss of the 17″? Yes. It is a heavy beast, but it has been my workhorse for many years, and that screen space has been wonderful for editing. Sure the new 15″ retina will have a much higher resolution, but it just means I am going to have to sit about a foot closer to it, as my eyes are not as good as they were 5 years ago! Better resolution is great, except it just means smaller text!

I do have the 15″ on order and will test it with CS6 as soon as I get it. There does not appear to be a matte option. A shame, at least I can check my make up whilst editing with it.

You can buy the new MBP from B&H now here 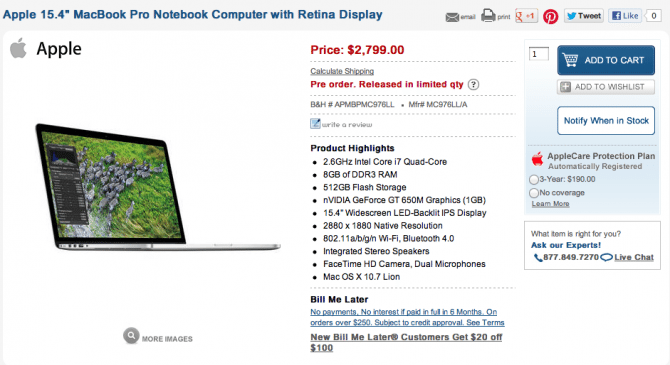 In the meantime, buy Timescapes the movie, get your kit off and get in that lotus position by any means possible. Oh and turn that damn phone off and disconnect from the grid whilst this is on. You won’t regret it!