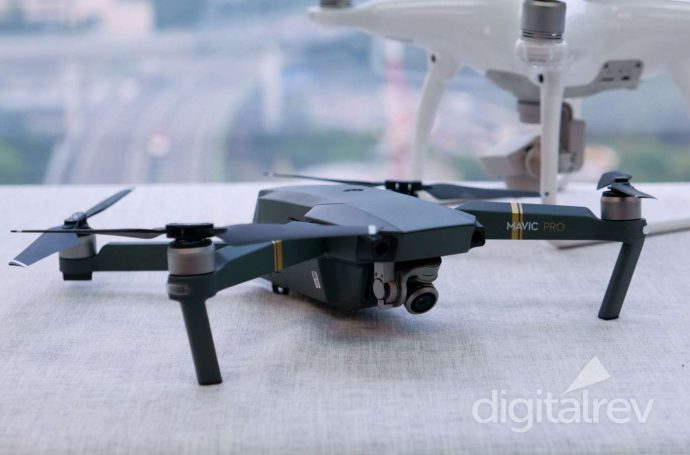 ETHICS STATEMENT: I have done work for DJI in the past, but not anything regarding their new drone, the Mavic Pro. I use their drones and for the most part love them, but as with all filmmaking gear, I use the best tools for me regardless of the brand.

A week is a long time in the camera business, these days. Just a week since the impressive looking foldable GoPro Karma drone was announced, GoPro’s much delayed entry into the drone market, DJI announce a much smaller foldable drone with many more features for a similar price. In fact, the Mavic Pro looks to not only take on the Karma but also their own Phantom 4!

The key thing with this drone is its size. IT IS TINY! Check out the photos from DigitalRev below: 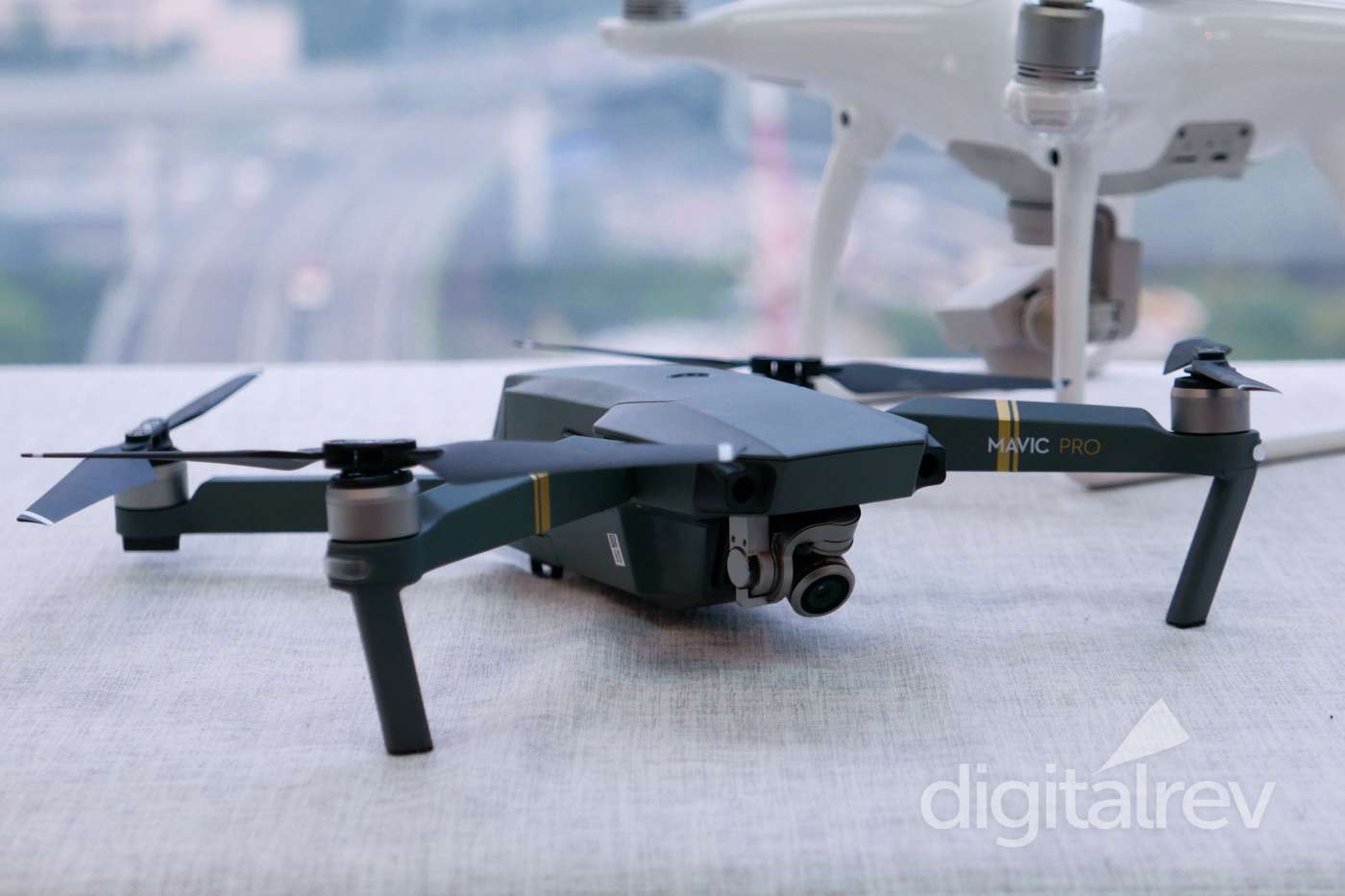 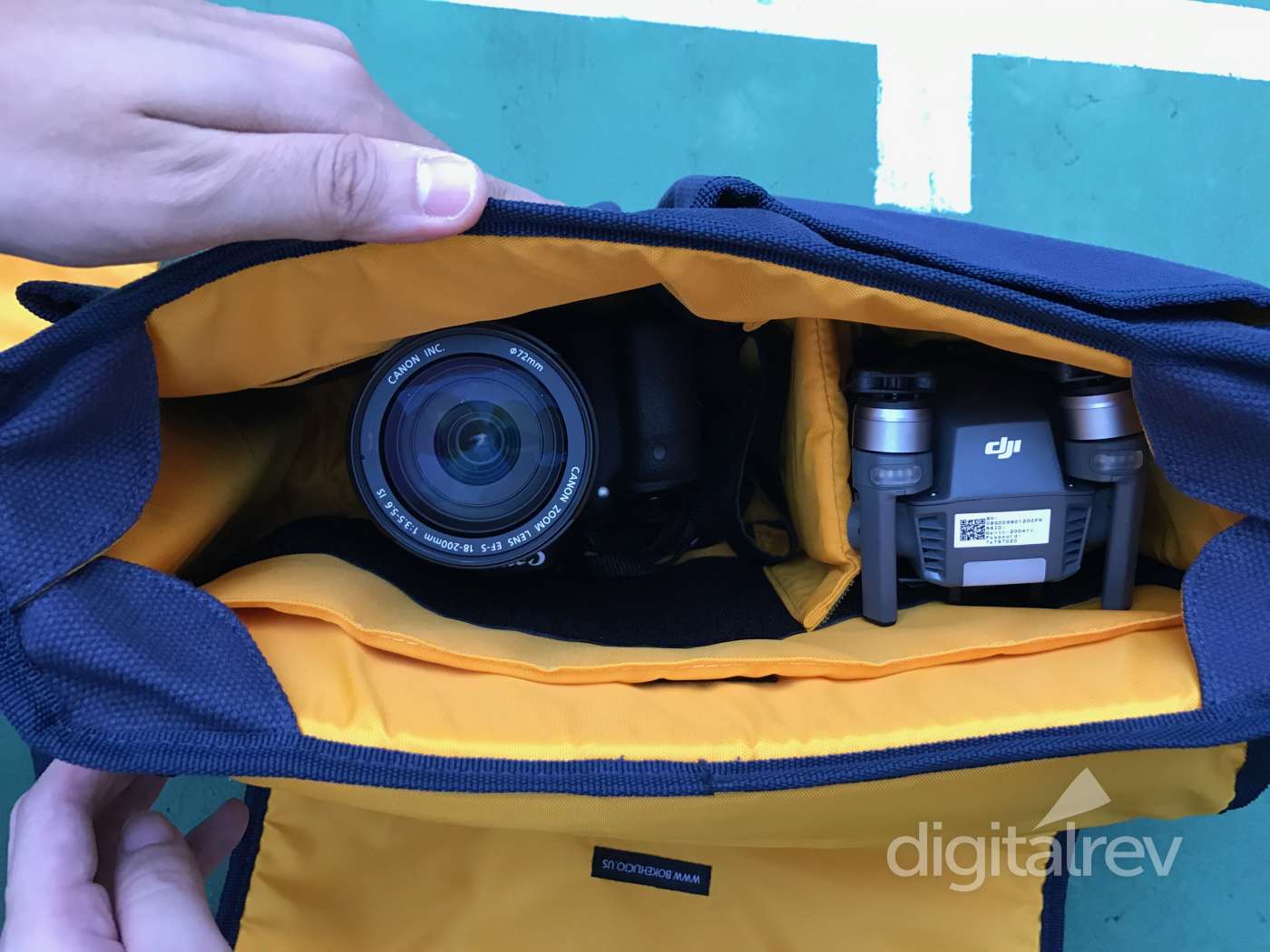 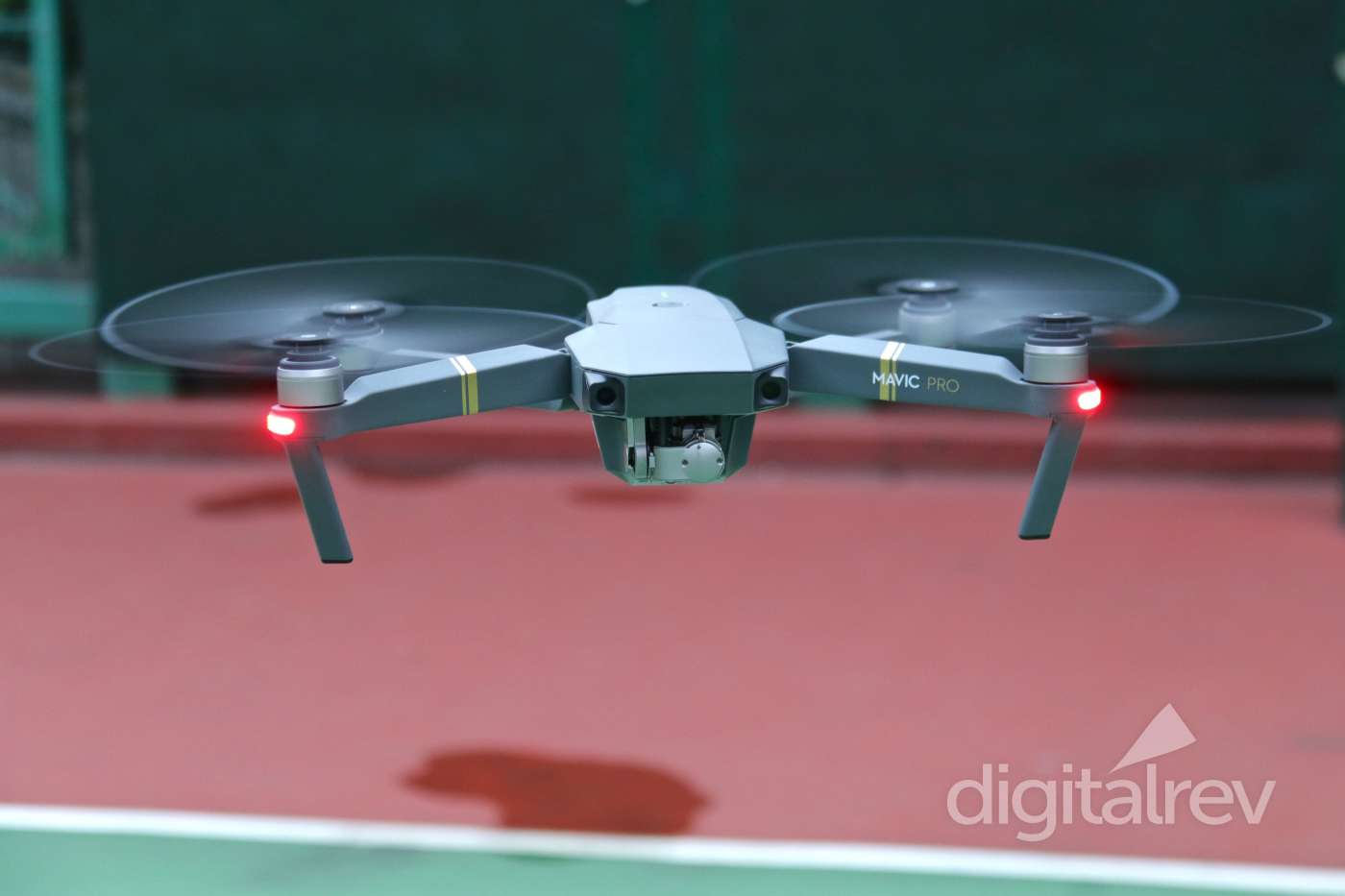 Key features of the Mavic:

The GoPro Karma really interested me when it was announced, due to the more portable design than my current drones: folding arms and landing gear made it quite compact. The removable gimbal for handheld work like an Osmo is super neat. The all-in-one controller with screen also was cool. The price of $1099 with the new Hero 5 Black and $799 without (use your old 4 or a 5) were nice prices, considering they come with the removable gimbal and bag.

With the announcement and immediate sale (you cannot pre-order the Karma just yet) of the Mavic DJI really (and I hate to use this word but here goes) trumps the GoPro. Much smaller and with even more features than the Phantom 4. The only thing it doesn’t have that the Karma does is a removable gimbal.

It is priced at $799 if you use your phone as the controller, or $999 with the controller. The Fly more combo comes with 3 extra batteries, 5 sets of props, backpack and charging hub is $1299.

My biggest issues with DJI drones (other than the X5r) is that the 60mbps bitrate for 4K is way too low. We needs 100mbps minimum. The rectilinear lens on them is great, though – no bowed horizons or fish eye shots, something that the Karma/ GoPro will give you. This can be fixed in post, but it takes time. What I like about the GoPro is the ProTune professional recording setting. Whilst not a lot better bitrate-wise, the image seems better.

Many are already saying this is a bitter blow for GoPro before they have even had a chance to get the Karma out, though the drone sales that will be affected the most by the Mavic will easily be DJI’s own Phantom 4. From what I have read spec-wise, there seems little reason to go with the more old-fashioned Phantom 4 over the Mavic. Maybe there is something I am missing with the specs….? I suspect the one thing might be that the P4 will be better in wind, more stable. The Inspire 1 beats the P4 in that area easily. This is one light drone!

I have no idea how either drone performs, as I have not flown either. It would be great to get my hands on both to try them out. Fingers crossed that I can get loaners from both GoPro and DJI.

Check out the features of the Mavic below. Damn it looks goooood! 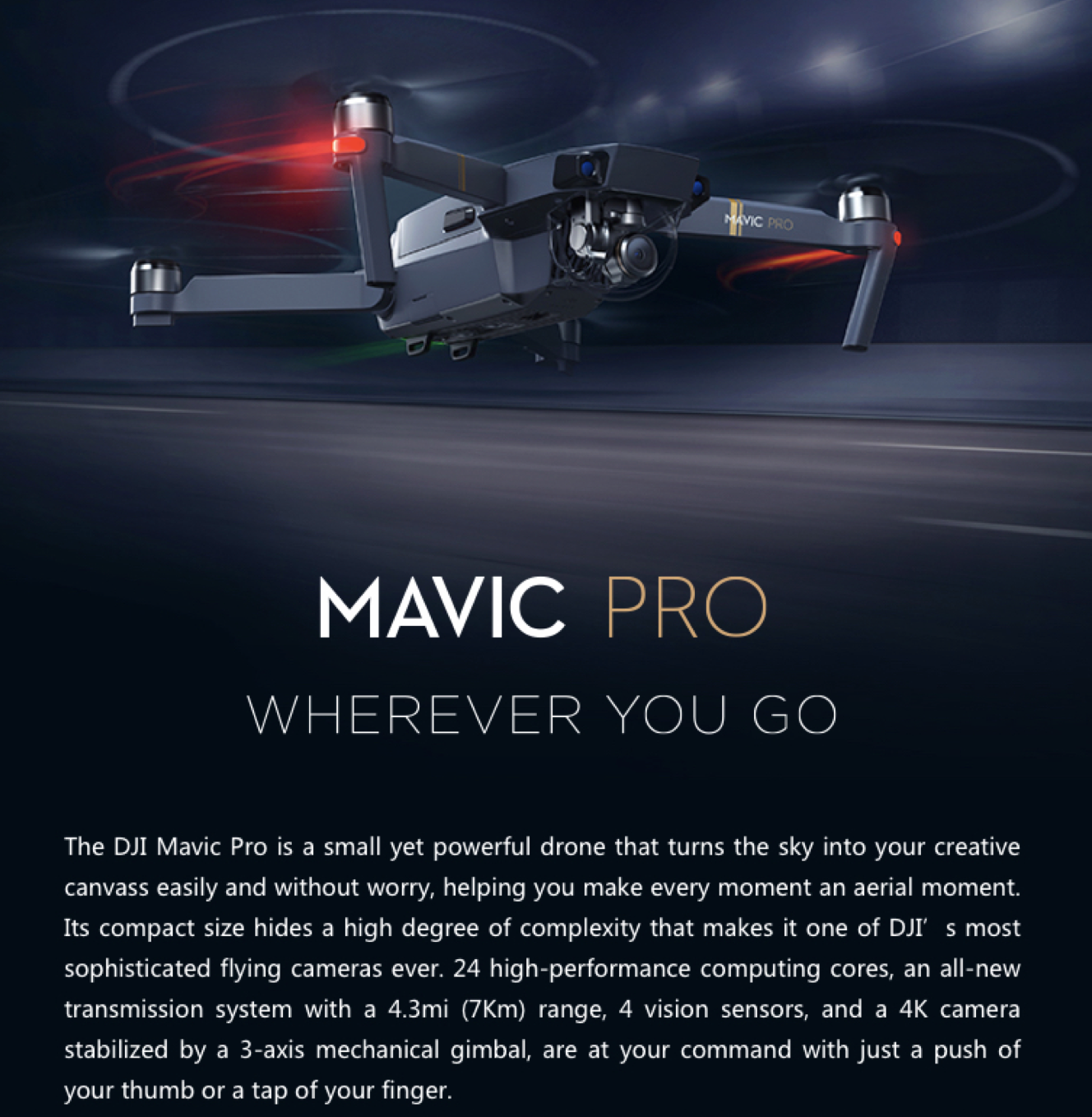 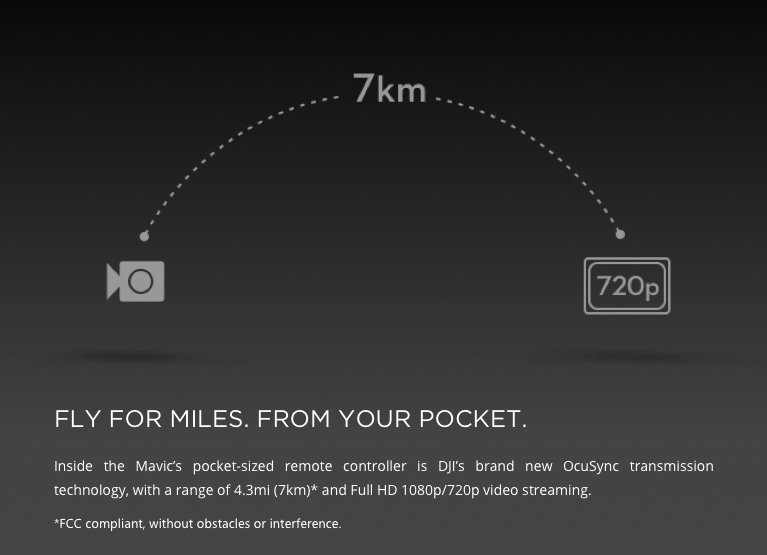 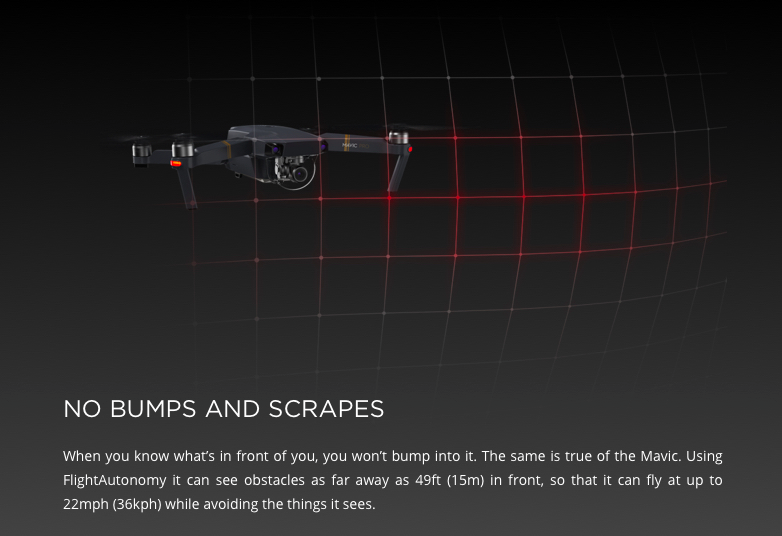 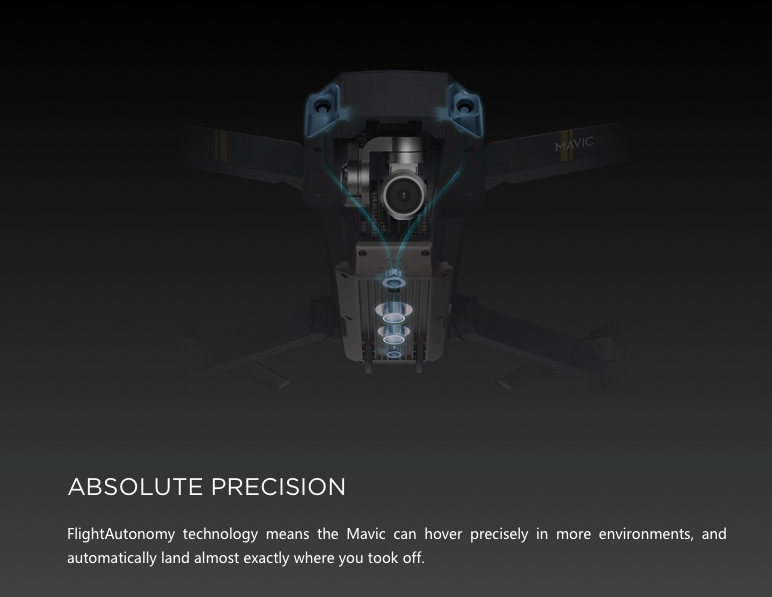 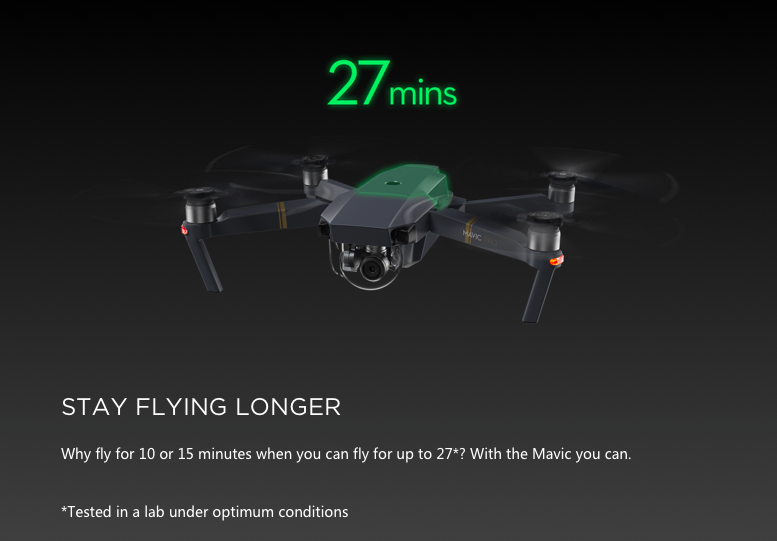 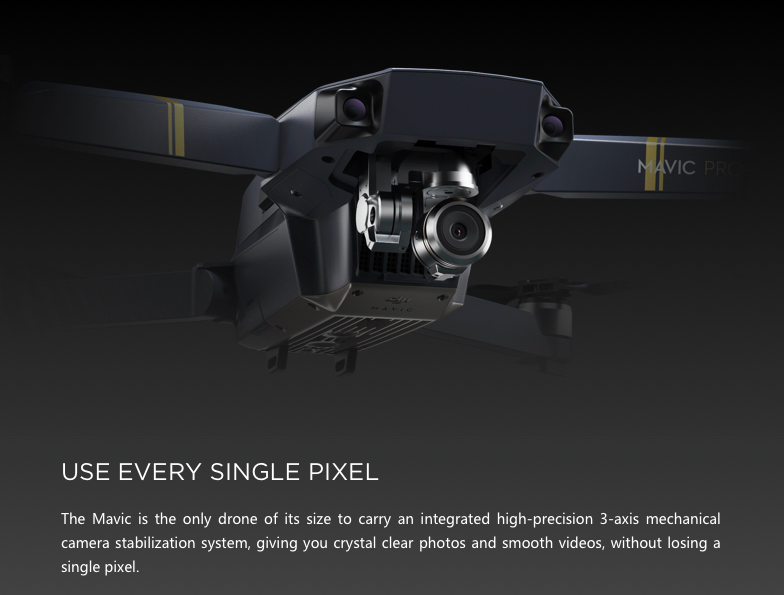 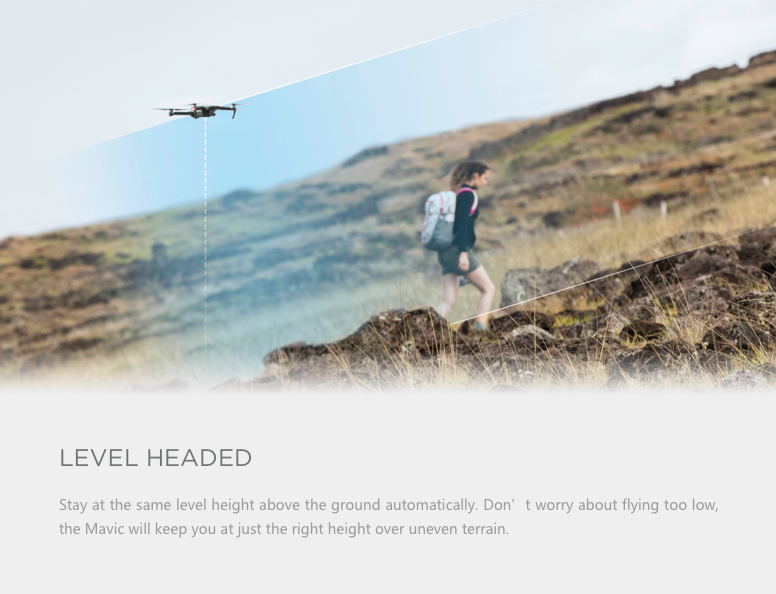 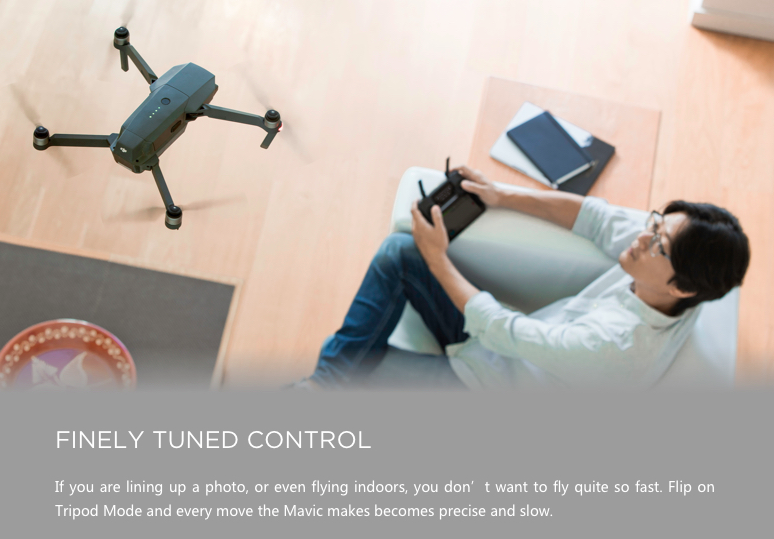 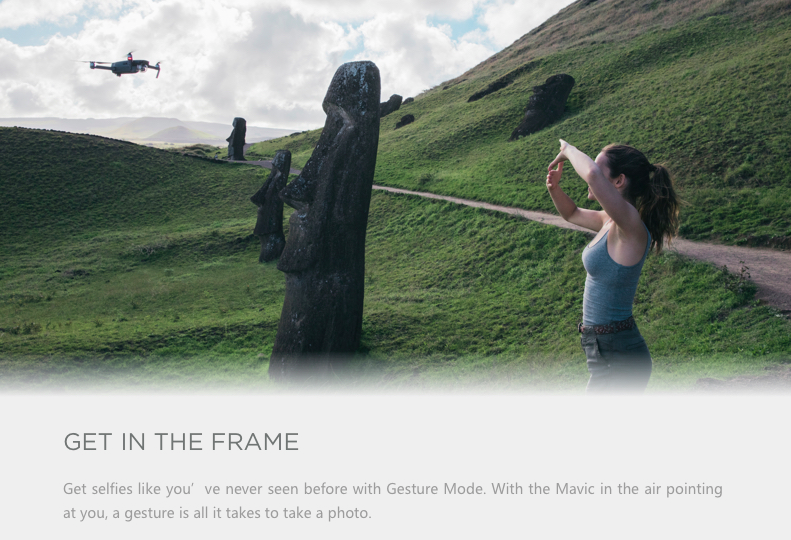 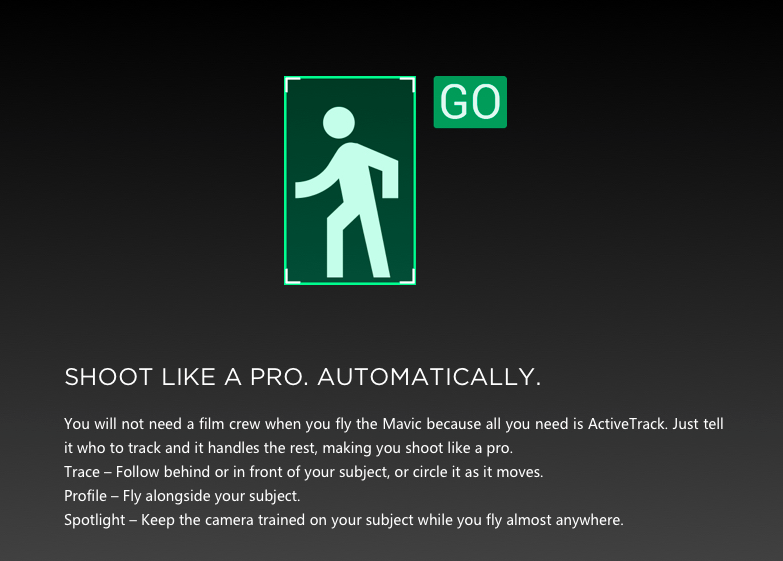 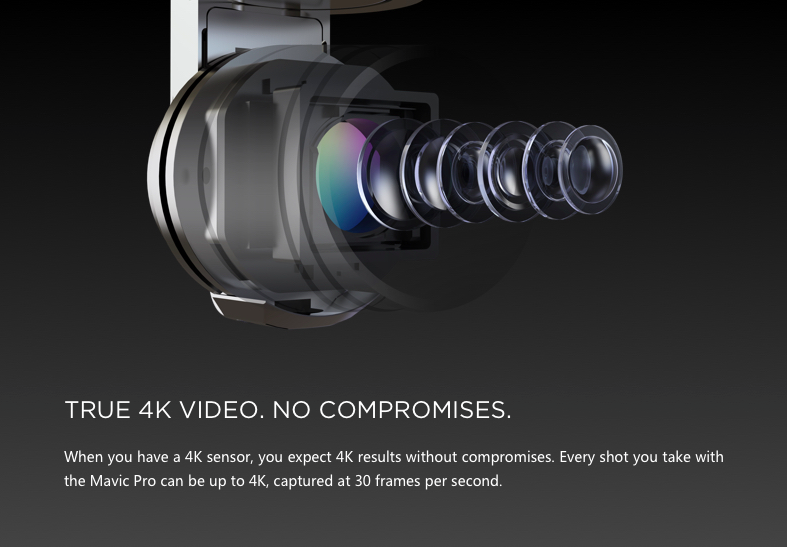