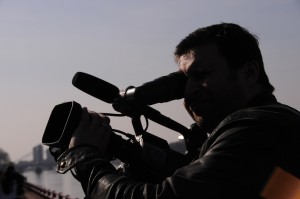 I have been looking forward to trying this camera out ever since it was announced. I own a JVC HD201e, I don’t use it anymore and I really should sell it but I loved the picture out of it. I shot a lot of my 35mm stuff with it, including most of the Anorexia Series, pretty much all my work with the Brevis was done with it.

At Broadcast Live I had a quick play with it and it looked great, so I was eager to get it for a couple of days to try it out and review it. CVP.COM hired me to make a video review of the camera, like I did for the Panasonic HPX 301e.

I spent the afternoon shooting with it in Battersea Park in London. Mark Dawson of Londonmark Films came along with his F350 to get some shots of me using it, kind of behind the scenes type stuff, and get a few remarks to camera that I was going to make whilst using it. The next day Dennis Lennie filmed me with the Letus Elite and an EX1 for the top and tail review parts of the video. 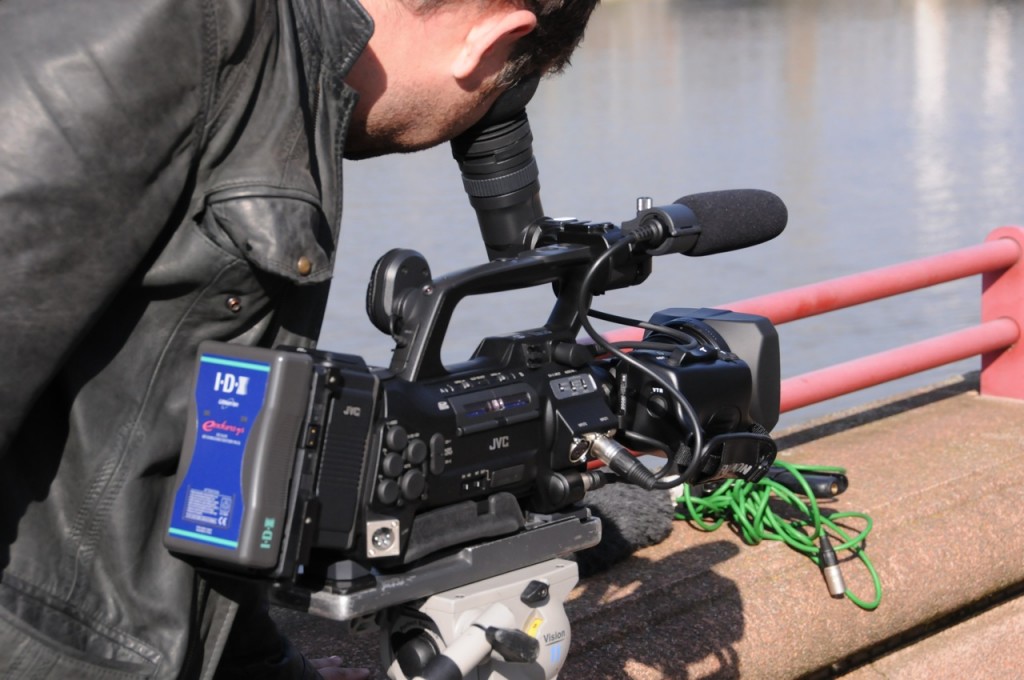 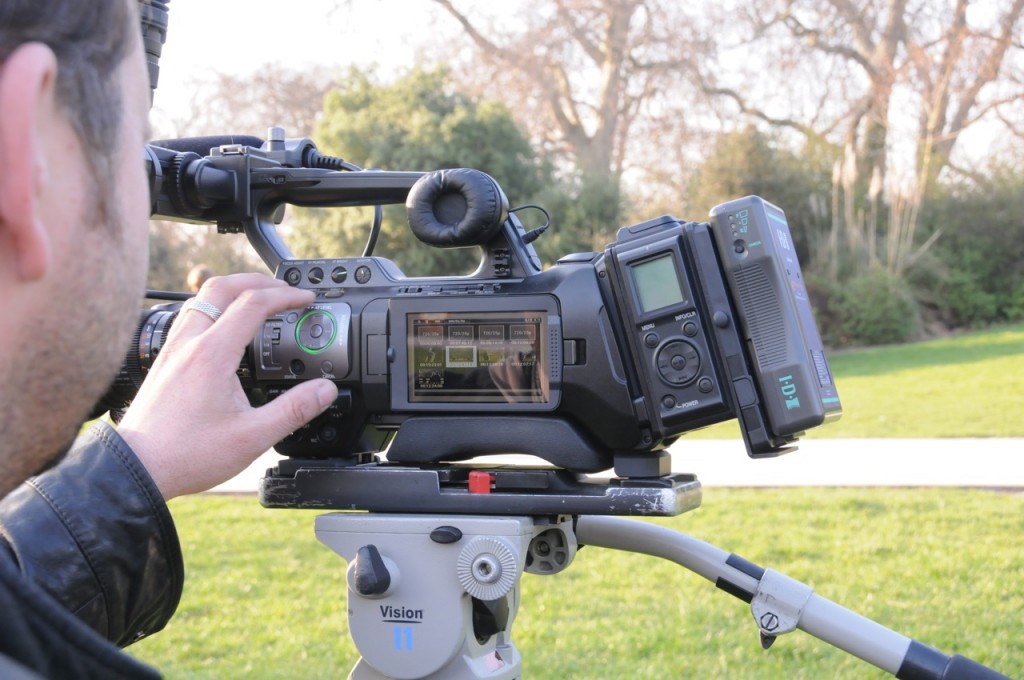 The camera was a pleasure to use. Very similar ergonomically to my previous JVC. There are a number of key improvements…

Better viewfinder, not as big as I would like but very usable

Records to EX codec 19,25 or 35mbps wrapped in a .mov for instant use with Final Cut Pro. I really struggled with getting the HDV 720 JVC footage into FCP in the past…those days are gone! Recording on affordable Class 6 or higher SDHC cards, check out the net for good deals, avoid high street chains!

Records to EX .mp4 on the SD cards or SxS cards with additional SxS add on at back of camera. Without this you cannot record in .mp4

Button layout is much improved. Really like the shutter control buttons.

Camera is 50/60hz switchable for world use.

Can stream DV or HD out of the mini firewire port.

LCD enormous and higher rez but tricky to see in bright daylight.

Stock fujinon lens is “OK”, if you buy lens with this camera get the slightly more expensive Canon one, it is far superior.

CCD still, not CMOS so no skewing and no camera flash issues but only marginally better than the JVC201 in low light, not a patch on the EX1/3 and Panasonic HPX 301e. This is to be expected as the chip is still 1/3 inch and CMOS is way better than CCDs in low light. 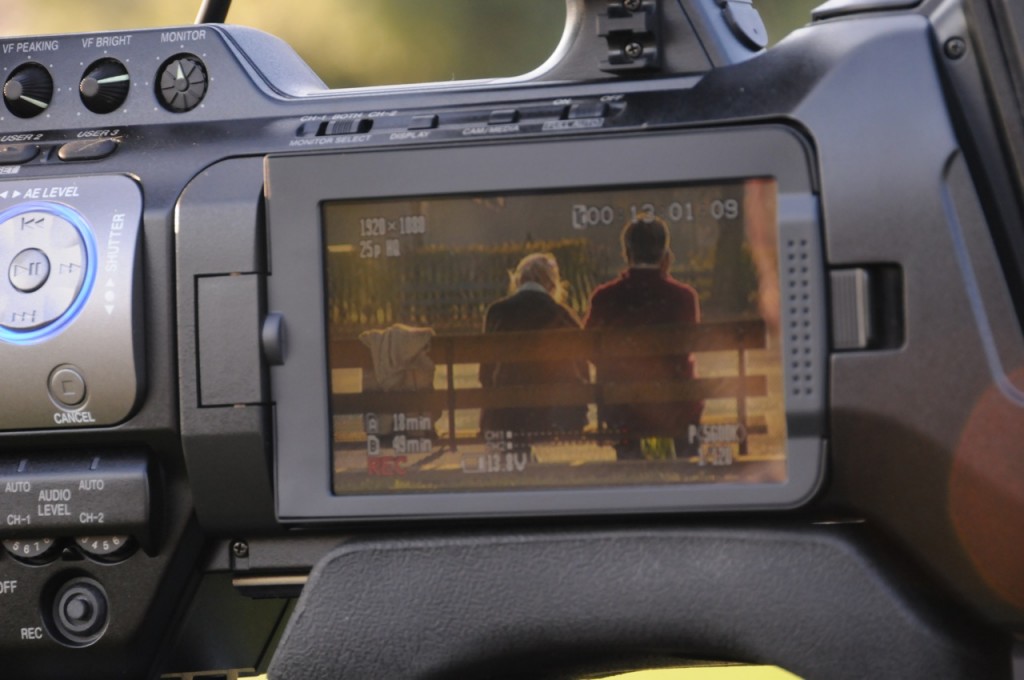 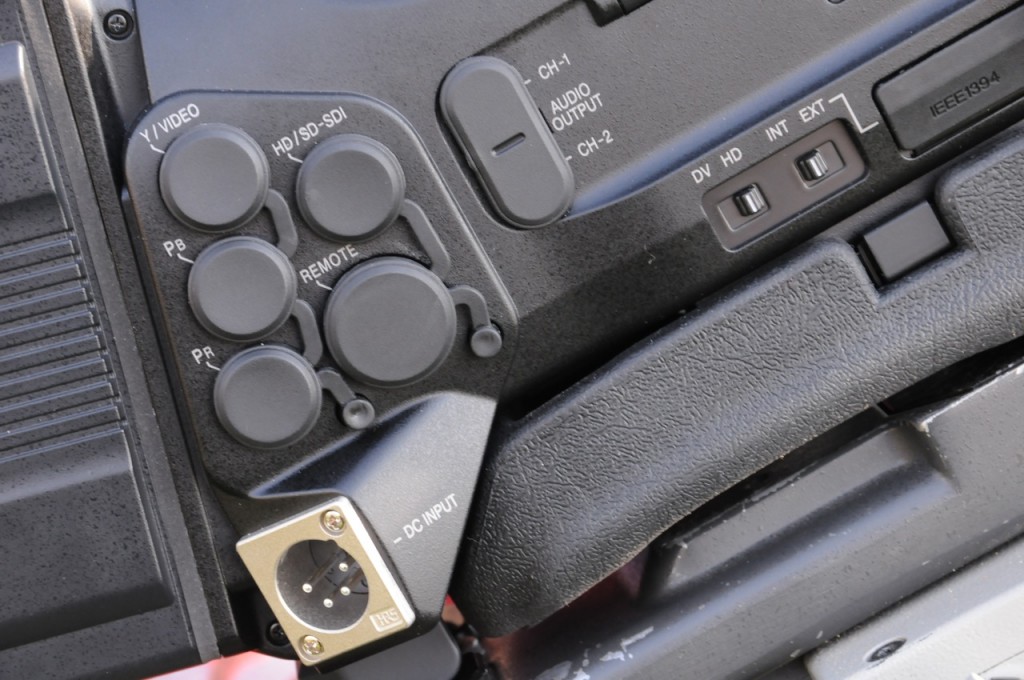 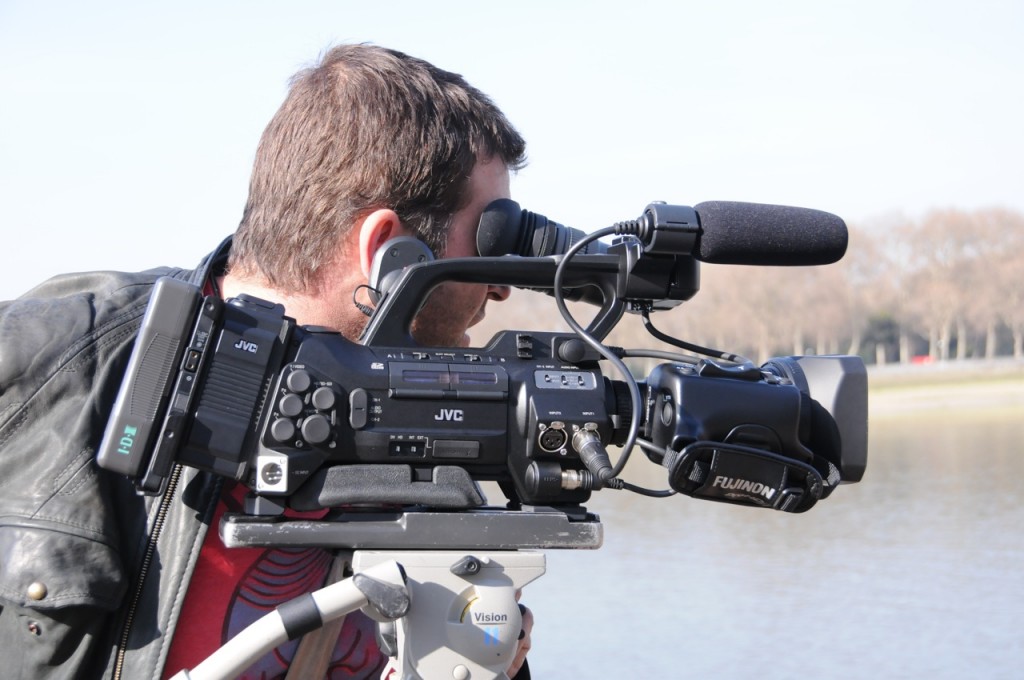 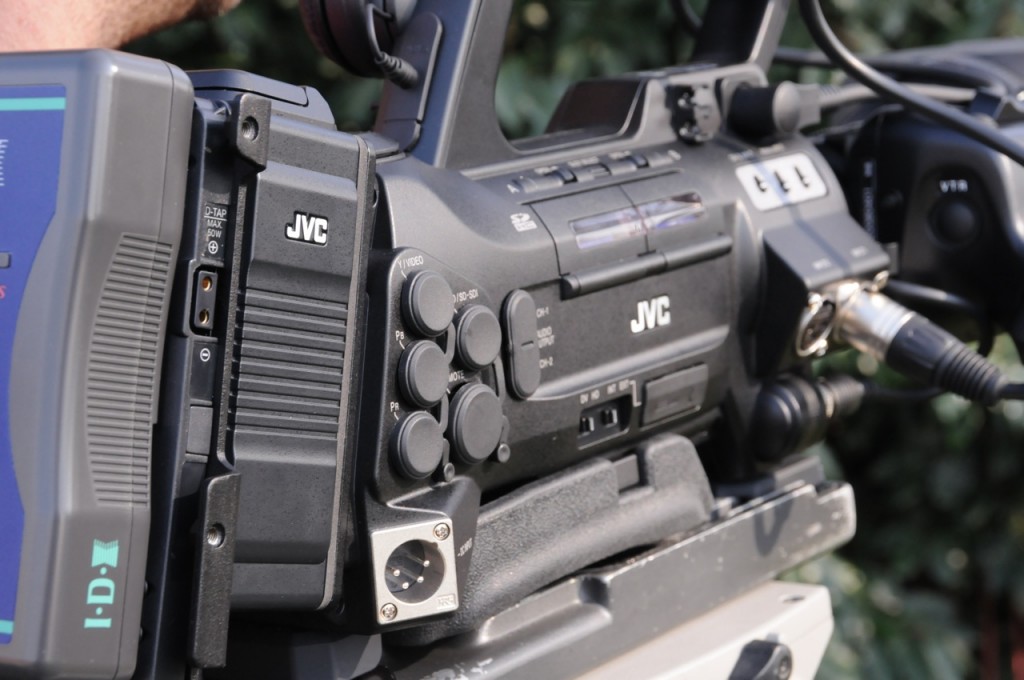 I got quite a lot purple fringing with the Fujinon lens but I completely expected it. It’s the same lens as on my old JVC that is why I cannot recommend enough getting the better Canon lens. It is usable but you would be doing the camera a diservice.

Disappointingly there is no timelapse/ interval recording. Don’t know why. It doesn’t make much sense. I would really miss it if I owned this camera. It’s such a great tool and it’s available on all the other tapeless pro cameras out there. Maybe JVC could implement it with a firmware update?

I really liked the images I got out of the camera. I shot in 1080 HQ 25p most of the time and although not as detailed as a true full HD chip it looked good, I always thought JVC produced really nice filmic images out of their cameras and this is no exception. It would work nicely with a 35mm adaptor, especially one without a flip like the Cinemek G35 as it has an electronic image flip in camera for viewing and recording. Like the 200 series has.

Take a look at my video review here to also see some images that I got out of the camera.