How to best use twixtor for extreme slow motion

I have used twixtor myself for a few projects but I have never had terrific success with it. One of the best filmmakers I know who uses Twixtor really well is my friend Salomon Ligthelm, whom I met when he lived in Dubai back in January last year. He put up a new video a couple of days ago, Gravity, and he was kind enough to write this guest blog post on how to get the best out of it.

Twixtor will not give you as good results as a dedicated high speed camera of course. They do that job incredibly well. You need to light a lot to make them work but as you will read below you need to do the same with twixtor to get the high shutter speeds needed. But for those whose budget means renting a Phantom Flex or something similar is out of the question Salomon guides you through the best ways to make the most out this powerful, but tricky plug-in.

Let me quickly explain how Twixtor works: It takes your footage [generally your transcoded 50fps, or 60fps footage and “guesses/interpolates” your missing/in-between frames

I guess with every project the approach is somewhat different. When Twixtor becomes a part of my workflow I need to become increasingly more aware of the way I am shooting so that I have workable footage in post.

I wanted to shoot something different to all the other Twixtor stuff I’ve been seeing – which have all been shot outside. I wanted to try shooting super slomo using the Canon 7D and Twixtor in interiors.

Here are a few key things to consider when working with Twixtor:

3. Shoot at the highest point of action. The law of nature is that what must goes up, must come down. Its the movement at the top of an arc/trajectory that works best for Twixtor because that’s when things generally move the slowest, more frames of the relevant action for Twixtor to work with.

4. When you shoot really close/tight, slow the action down manually ie – move slower and fake slow motion [all the tight sequences in ‘Gravity’ was done this way and then slowed down a little more with the tools]. Its easier to get good results with Twixtor when the action is shot from a distance, because of the fact that the action will happen across more frames – ie – Imagine moving your arms up and down – a distance 50 centimeters right in front of the camera – the camera will only catch SOME of that action as your arms pass by the front of the lens, for maybe 1-3 frames. However if you move away from the camera and shoot say 10-15 meters away from the lens, you would catch the ENTIRE action across say 7-10 frames – giving Twixtor more information to work with

5. Shoot at 50 or 60fps. When you shoot high-speed you give Twixtor more info to work with – it is a shame that you have to forgo resolution

6. Shoot as much as you can – try to get the action from different angles – reshoot stuff if wasn’t working, or if your settings weren’t correct. SHOOT MUCH!

So here’s what I do in a typical scenario.

leave sections in the timeline open, or maybe reference clips that I want to

can screw up things if you don’t work carefully]

Island FCPtoAE. You need to export an XML from FCP by going to File >

– Now click on the clip you want to use Twixtor on:  from the MENU go to LAYER

> TIME > ENABLE TIME REMAPPING. This allows you to extend a clip our for

longer – because when you start slowing stuff down, the clip needs to become

longer, which you can now easily do by enabling time remapping – just pull out

the edges using the drag function on the clip

2. Check that your Twixtor settings match your footage ie – Make sure your frame rate is correct when you set up Twixtor’s settings. If its not correct then Twixtor will stutter across your footage

– I typically shoot and edit in 23.976fps because I like the film aesthetic.

30%. I don’t know why that is, but I reckon it has something to do with the fact

from in order to create more ‘interpolated/guessed’ frames.

3. Consider using an aspect matte to hide warping. I often use an aspect ratio of 2.4:1 in my work as a lot of my warping happens at the edges of my shots, thus a matte will hide the really bad sections. One instance of this was a shot in the short of mine called [Fo’tis’ma], where my good friend Franzwa is taking off from a ledge [Its the tight – slightly angled down shot at 34s]. The warping on his hand was REALLY bad – especially because the shot was rather tight and he was coming down at such a pace. It was because of that shot not working at 16:9 that I decided to make the whole piece 2.4:1 [IMAGE 1 & 2]

4. Avoid warping by editing well. Many times Twixtor works for only a few frames – if that’s the case I’ll only use it for a few frames and will cut to the next image – to avoid things looking crappy [obviously this must be done tastefully]. Don’t hang on too long on a shot that was good to start with but warped into mush at the end – EDIT WELL.

I trust this helps some of you out.

For more info on other parts of the creative process [color, editing, sound design] check out my blog www.salomonligthelm.blogspot.com 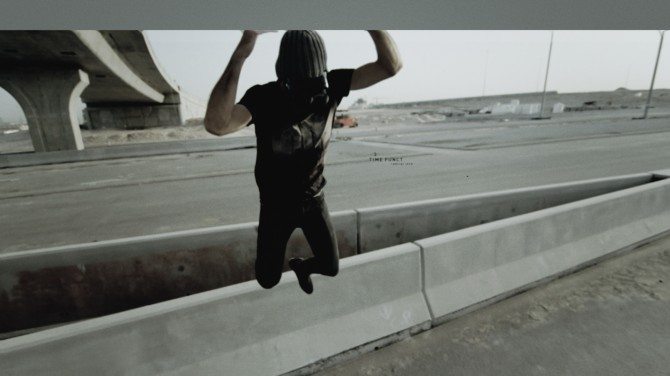 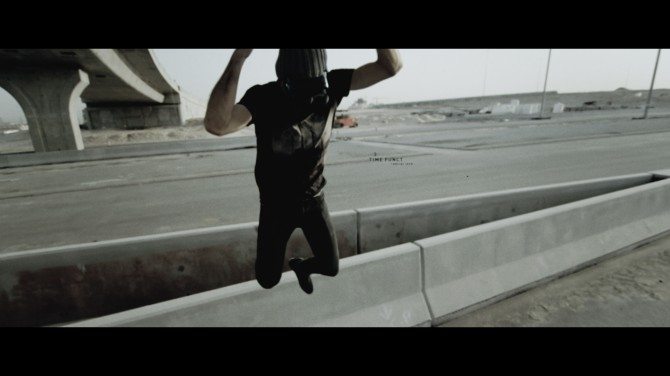