I have both the 6.5″ and 8″ Monitors from Marshall as well as their 17″. I have been a Marshall user for over 3 years but I also have an amazing Panasonic HD-SDI monitor. All great monitors and essential tools for me whilst filming. The 6.5″ is my go to monitor every time. BUT, it’s expensive. Over $1600. It has great features like peaking, false colour etc.. 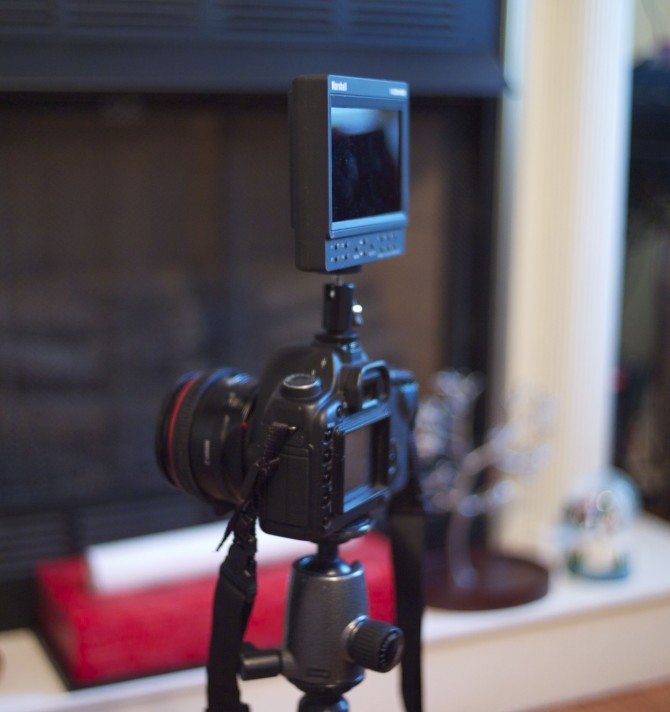 The Marshall has peaking for focus assist. It seems better than my 6.5″ for some reason at this, not sure why. It also has false colour to help with exposure. Edit: when you hit record on the 5d it does not do anything it just drops to 480p but as the resolution is only a bit lower than the native resolution so you do not notice it as much as you do with the higher resolution panels. BUT you can hit the pixel to pixel mapping button and it enlarges the screen making it almost the same size as without. This pixel to pixel mapping is a huge plus on the 7D, 1dmkiv and 60D as it zooms in a about 2.5x to help you get focus whilst recording which you cannot do on the Canon LCD screen. 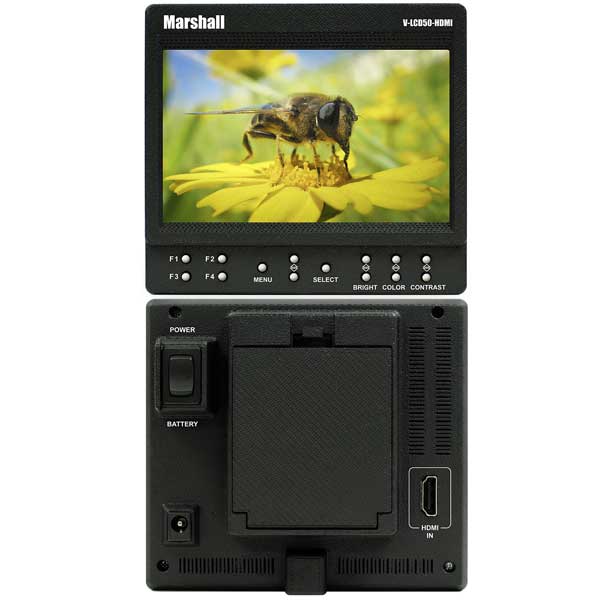 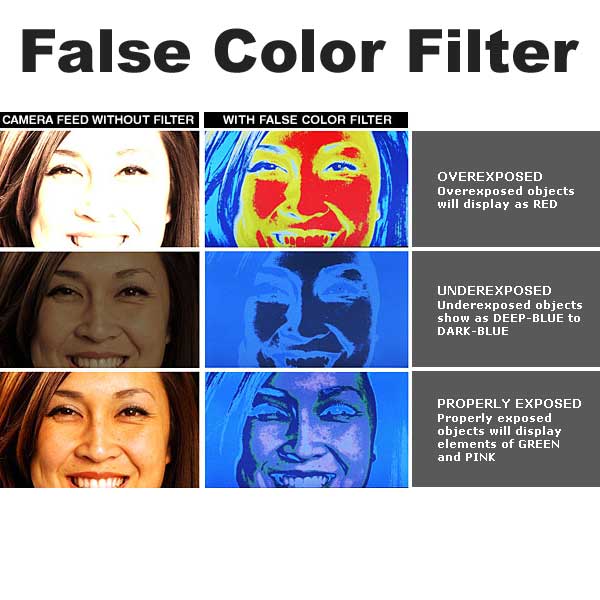 It runs off of 4 AA batteries. This is good and bad. They last just 2 hours. So invest in some rechargeable ones or power it using a different power system. AA batteries are good simply because you can get them anywhere…I have an AC adaptor for it which helps of course but I much prefer to keep my monitors battery only. 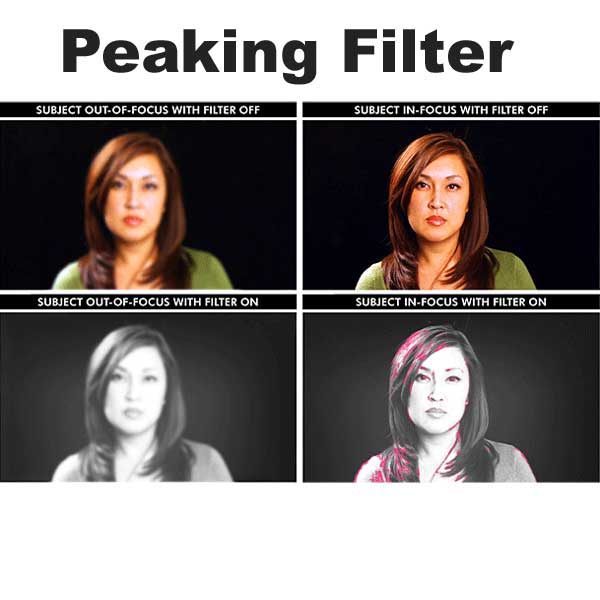 I have the larger original Small HD but was disappointed with it. I really did not like the panel and the controls were awful. I am happy to say the DP6 in a massive improvement. The panel is 100x better than the previous one, the menu system has been totally redesigned, using a wheel at the top. The 5.6″ panel is a very nice high resolution 1280×800 and it’s pretty damn robust with a Solid Aluminium shell. 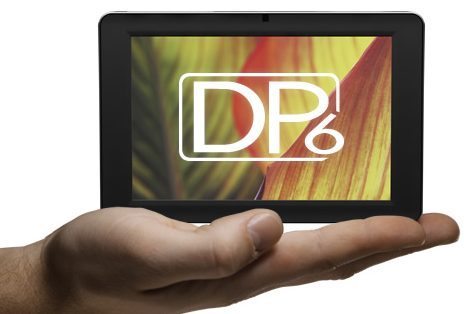 The one I have on loan is the basic version, it has HDMI, component and composite which costs $800. The HD-SDI version which really interests me as I have cameras with this connection as well as HDMI retails for $1300.

If you are a 5Dmkii or T2i user the DP6 in DSLR mode will auto scale the 480p signal to fill the screen. A really nice plus.

The menus are very comprehensive with all sorts of options. It has a nice peaking feature which simply ups the sharpness of the display. It also has a focus assist mode, but I found this hard to use and see what I was doing. I prefer the peaking in the Marshall. The black and white image with red edges to show what is in focus. The DP6, like the Marshall also has false colour to help your exposure and a histogram.

It has a USB port to allow it to have firmware updates. Another great feature. You can also add a USB powered HDMI splitter!!

The panel is a bit too reflective for me. I really much much prefer matte screens. Also the screen can scratch easily that’s why they sell an essential acrylic screen protector.

One of my favourite things they sell is the Canon battery plate for LP-E6 batteries which runs for 4 hours on two batteries. They have their own proprietary battery system too.

I have to say it’s really well made and such a massive improvement over the previous one I had. Night and day really.

So which is better?

Well that is a tough question to answer, they are both excellent monitors…let me run through their plusses and minuses.

Both are small, but that is the point. These are designed for on camera monitoring and especially handheld. Want a bigger screen then get a bigger monitor.

The panel of the Small HD is bigger and has higher resolution than the Marshall. Although I definitely found the Marshall panel to give a more accurate colour reproduction and generally more pleasant image, but that’s not to say the DP6 image isn’t really good too. It is! The higher resolution does make focusing slightly easier BUT the pixel to pixel mapping of the Marshall is better because the panel is lower resolution which makes the zoom in way more useful.  Both are reflective but the Small HD is more reflective meaning you really need a sunshade when using it, but I absolute HATE the sunshade of the DP6, but that’s because I cannot touch the fabric it is made of. I have a phobia of it 😉 For most people it’s great though!

I prefer the peaking of the Marshall to the DP6. Seems to work better. Although the DP6 keeps the image in colour with peaking on. The Marshall goes black and white. Don’t get the focus assist on the DP6, I need to use it more to get my head around it!

The DP6 has way more tweaks available in the menu for the image, the menu system is very nice and much improved BUT i still like the instant access buttons of the Marshall on the front.

The battery system of the DP6 is better than the Marshall. Using Canon Batteries is a nice plus for me but it does drain them. The Marshall only gets 4xAA battery option which last just 2 hours. Tough one that!

The DP6 has component and composite making it a much more flexible monitor. The HD-SDI even more so. But you do pay for it. The basic DP6 is 50% more the the Marshall and the HD-SDI version more than twice the price.

I have to say I am really impressed with both of them. In a way I don’t see them competing against each other. For me the Marshall is the first truly useful budget monitor out there. Every one I have used prior to this have been not good! This is sub $600 (probably a lot more in the UK as usual) and excellent and totally usable for focusing and framing etc…The DP6 is more expensive but has more flexibility, options, features. So you have to decide what is important to you and what your budget is…

There is one thing that bugs me with the Marshall is the on off switch is right at the back on the bit that juts out so when I rest it on the table when powered off it turns itself off. I also prefer the placement of the DP6 HDMI cable, dropping down is better for me than sticking out…

So after all that there is no conclusive winner. I like them both and will use them both, especially if I have a 1st pulling focus. The small size of them is great.

The DP6 is like a mini computer, with firmware upgrades promised and the ability to upgrade to HD-SDI a huge plus. It really is a very flexible little monitor. I am very impressed with it.

The Marshall has a great image and is the first usable budget monitor I have used.

I can’t decide! Just get both 😉

It’s a real shame I don’t have the HD-SDi version of the DP6. Would be really useful for the Panasonic AF-100 I get tomorrow. Oh well… 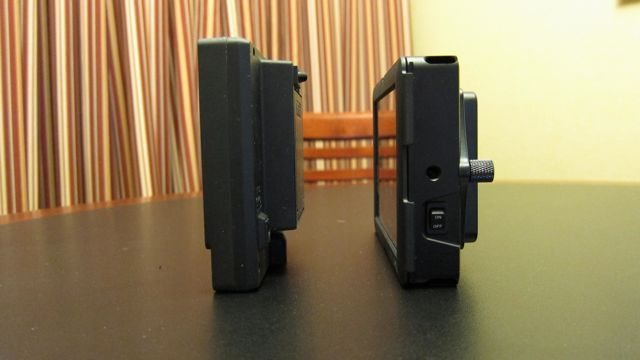