The Hoodloupe 3.0 with the Canon 5dmkII and the Zacuto Z-Finder V2

I just got this in the mail today. Got stuck at customs for a week and I ended up with 30 quids worth of duty and tax charges on it. Not cool. I wish I had bought it whilst in the US, would have saved me some money!

Anyway, for all you Canon 5dmkII owners who are struggling with using the LCD for video then here is a cheap solution…The Hoodloupe 3.0 from Hoodman.

I have been using the Zacuto Z-Finder and it’s amazing. It makes a huge difference. Gives you an extra point of contact for stability (your eye) but also magnifies the LCD so it’s huge in your eye. Below is a picture of my one which is actually a prototype. 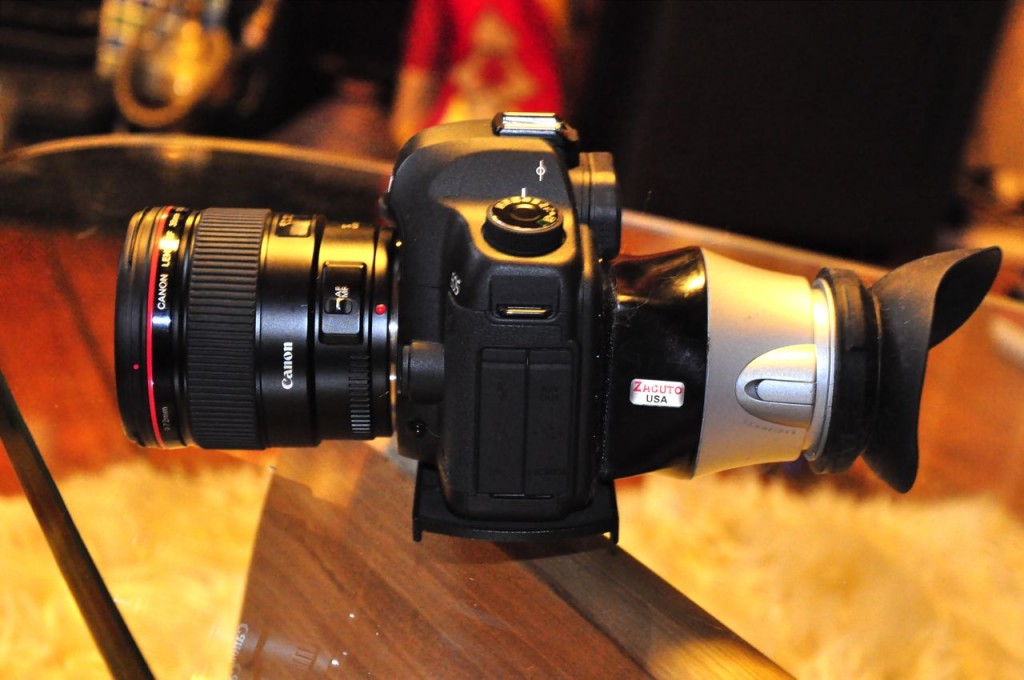 Now this little baby is gone…it’s out of stock. Sold way more than they made! Also they have dumped this design and a new one is almost ready. I was lucky enough to see it at Z-HQ last week in Chicago. Very impressive and it does away with the velcro which is great. I used the Z-Finder on both my Sofia’s People and my Cherry Blossom Girl short films. Without it there is no way I could have been as stable as I was or got the damn shots in focus!

Now, the problem is as I said is it’s out of stock…and for you guys on a budget it’s $395. Personally I think it’s money well spent as it’s the best I have seen but also you get that amazing lifetime warranty.

But what if you need something NOW or you only really afford about $100? Then check this out. The Hoodloupe 3.0. It’s not specifically designed for the 5d, it works on most DSLRs but it’s how well it works with the liveview video mode that I am interested in. So much so that I spent $160 of my hard earned cash to review it for you lot (extra $60 was shipping and taxes). 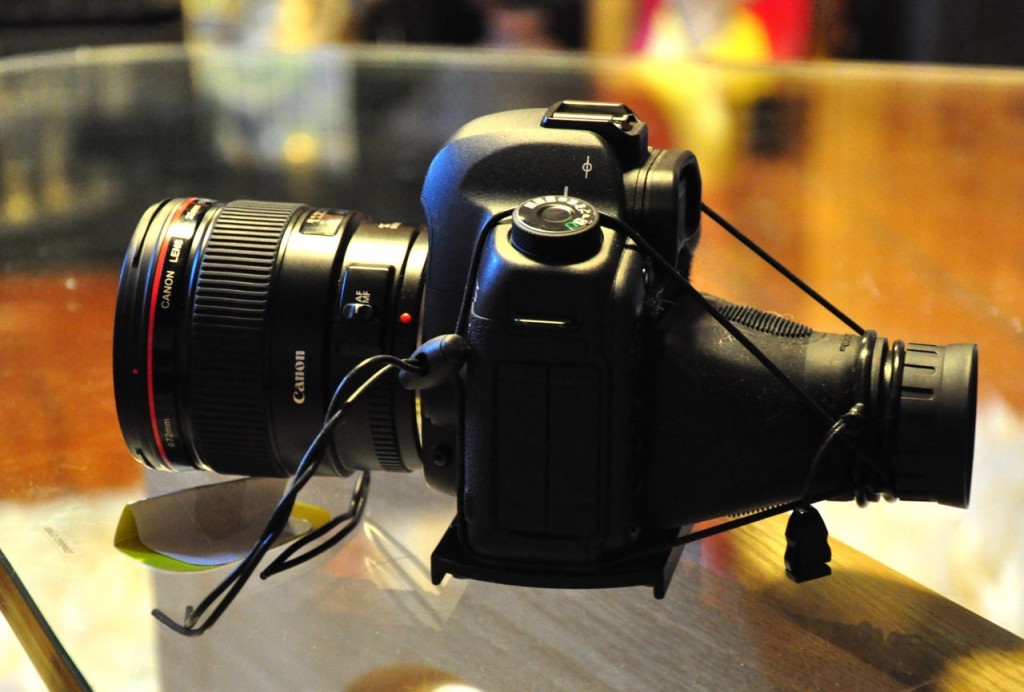 Now it doesn’t magnify like the Z-finder at all, it just cuts out the light by being pressed against the screen (it’s held on by rubber bands) and with your eye up against it, gives you that second point of contact (albeit a slightly uncomfortable one) and the ability to be really close to the LCD and get it in focus. You have a +-3 diopter to get it in focus and it helps enormously. WAY better than just holding the LCD up to your eye. That stability handheld is VERY important and on a tripod if you don’t have a monitor or are in bright sunshine, it helps enormously. 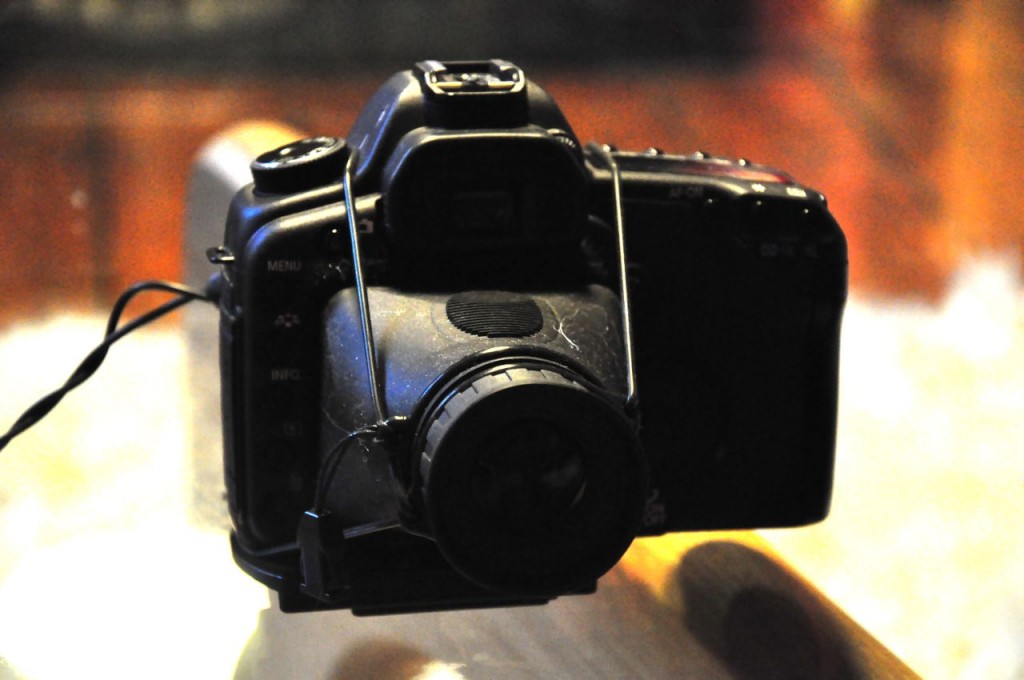 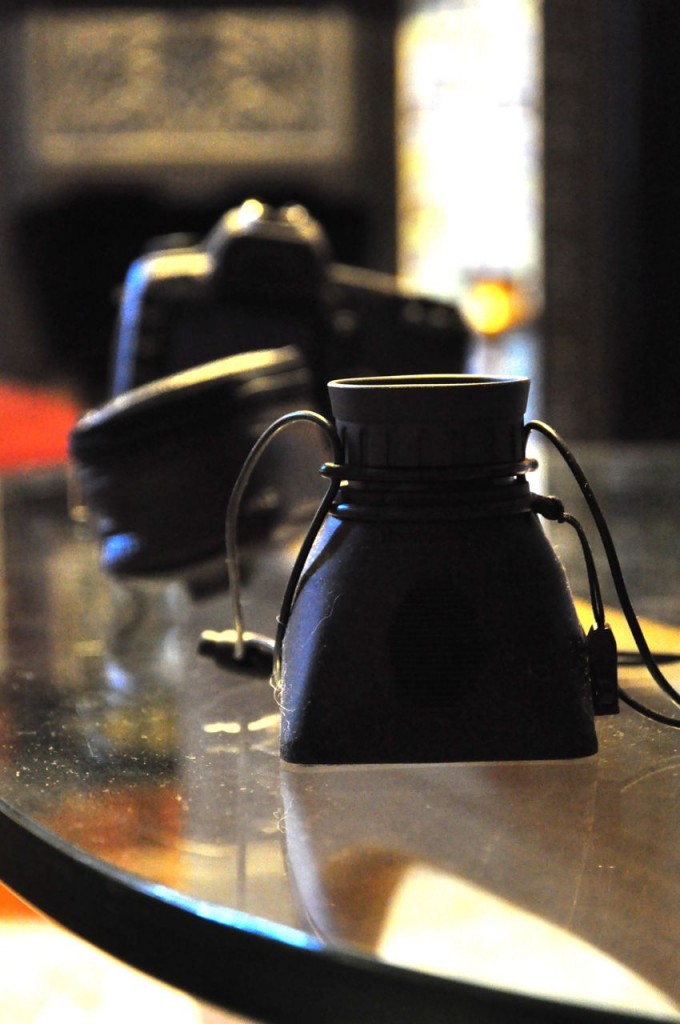 So it works, it’s very cheap and using something like this or the Z-Finder whilst shooting video is essential. Do I recommend saving up for the Z-Finder? Yes, if you want to get a large viewfinder like image. But if you really can’t afford it or really need something now or even just want something to check back images once they have been shot by holding it up against the LCD then this will do the trick.

I hear Redrock have something coming out…until then we only have two options. One is almost a proper viewfinder, the other cuts out light and is a focusing aid. Both are great. Neither can let you angle the LCD. Now that I want to see!!

So to reiterate…If you have the Z-Finder, no need to buy the Hoodman. If you have neither and are broke, buy the Hoodman. If you can afford to save up and I really recommend you do, get the V2 Z-Finder when it is released in July, but hurry it will sell out fast. I have my order in for 20 already. Going to flog them on ebay for double come August 😉

Oh and here is the youtube video from Hoodman. To be honest it doesn’t do the product any justice at all, it’s way better than this. They need a new video that sells this as a great video aid for the 5dmkII because it is!

Hear me talk about Canon 5dmkII workflow and meet me at the first London FCPUG Supermeet, with special guest the legendary Walter Murch!!