“The end is nigh” Rapture Weekend Challenge 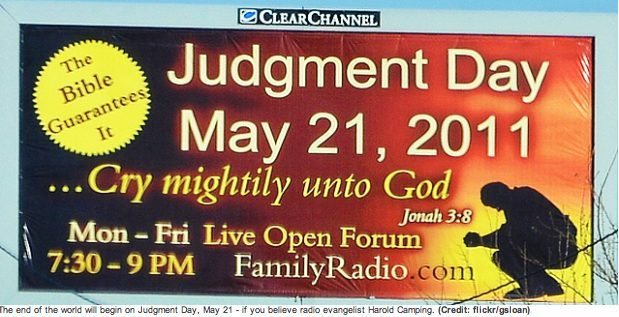 EDIT: The end of the world did not happen so good news. No excuses for not taking part!

Well tomorrow at 6pm the world will end according to the man who clearly has not lost his marbles, radio evangelist Harold Camping…is that Eastern? GMT? Australian? If it’s Australian isn’t that like really soon?!

That kind of sucks as I was going to get to shoot with an Arri Alexa next weekend. Dammit! Oh well…I did turn 40 today so it kind of feels like it anyway 😉

To mark the apocalypse I am resurrecting the long dead weekend challenge on my website. It didn’t end particularly well last time I am ashamed to say. I foolishly had a couple of giveaways to entrants to the last one but it was perceived as a competition because of this not a challenge and I got a lot of grief from a couple of people in particular for not watching all 60+ films. I apologise I wish I could have but it was too many to watch and because of that I got blitzed by some shocking personal abusive messages which wasn’t nice! I all wanted to do was to get people to go out and shoot! I reacted to this abuse instead of ignoring the troll messages which was a mistake which I have fallen into a few times. I won’t let it happen again.

So the first challenge of 2011 is this one. No prizes. I can’t promise to watch them all. I will try to watch as many as possible!

Your film is simply about the end of the world…do what you want! Make it fun, scary, silly, epic…It’s up to you…this should be a blast to make…I am going to try to make one too!!

Keep it short and punchy…no more than 3-5 minutes, less is fine!

Got to have a story!

Must stick to end of the world topic

Must have at least ONE bit of sync sound.

I don’t care what camera you use. iphone or Alexa and anything in between…up to you!

Have fun making it!

The end of the world is one of my favourite genres of TV and movies. So many great films have been made about it (and some bloody awful ones too…2012 anyone?) Let me know what are your favourite ones in comments below too!

Mine are in no particular order: Planet of the Apes, The Walking Dead, Dawn of the Dead, The World, The Flesh and The Devil, The Quiet Earth, The Omega Man, The Stand, 28 days later, Miracle Mile, Dr Strangelove, On the Beach, Logan’s Run, The Time Machine, 12 Monkeys and LOADS more!

So make a film, stick it on this group. Don’t just upload an old film. No challenge in that.

As the world ends of May 21st at 6pm it should be by then but I am informed that the Rapture will last a while and won’t be instantaneous so you have a week and a bit to do this…more than enough time to be creative…get them in by May 31st 2359! 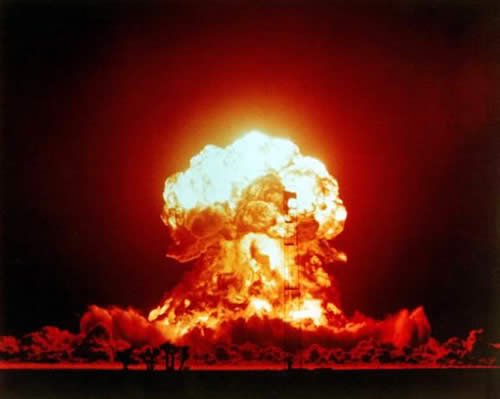