I am for the most part an Apple guy…why? Well the iPhone imho was the first of the proper smart phones (prior to that with Symbian etc, they  never fulfilled their potential for me) and no, this is not fanboy talk. Am far from an Apple fanboy. I have not time for “Apple is god” or “Android forever” or mine is better than yours, that should have been left behind in the playground before you hit puberty! It’s pretty obvious Apple re-invented the smart phone with the iPhone and I am also well aware of its shortcomings. All you need to do is look at the competition to see how much the iPhone has influenced everything. The Apple app store still remains unbeaten and that is what lifts it above the competition, for now, but hardware wise the Android challengers are really up there and better in many ways – my new Samsung Galaxy S2 for my business phone is fantastic! Recently I got a couple of Android devices and am starting to really dig them, especially the freedom they offer you. One of them, the Motorola Xoom tablet, a pretty good tablet but today I just tried the first really interesting app for it. DSLR CONTROLLER.

It’s still very new, glitchy as it is in BETA stage but with my USB host adaptor and a standard mini USB to USB lead, I can plug in my Canon DSLR and have total control over the stills mode on the tablet. Very nice. It also doesn’t kill the LCD screen when you plug it in, as it’s USB not HDMI or composite.

It’s not perfect as I said, and it currently does not support video recording. If you hit record whilst in the app the screen freezes until you stop recording, but we should have this fixed in updates. The image coming though is only around 15 FPS, but when we get the video part working it will be a nice easy way for someone else to see what you are recording without having to have a monitor with HDMI passthrough. It does work pretty well in stills mode though!

There is only a limited number of Android devices it supports, this will of course grow.

It currently costs £5.20 from the Android store. If you try to find it in the market place on an unsupported device it will not show up! My Samsung Galaxy II for example has old firmware and am waiting for Orange to upgrade to 2.3.4 so I can use it on my phone.

These are its current features (again, this will grow): 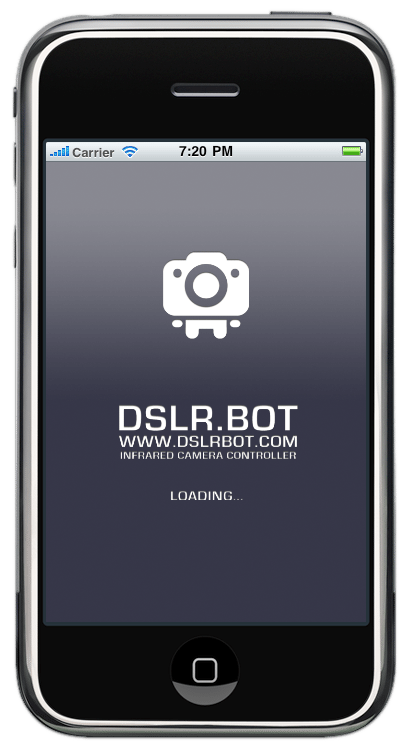 DSLR.BOT for your ipod touch, iphone or ipad is fantastic. Get the IR lead for it for $18 plus shipping and you can do cool things like auto record in video mode, so it stops and starts every 12 minutes giving you near continuous recording.

In stills mode it’s useful for me as I can have control over timelapse. Control the intervals and also fine tune HDR from within the app. Strap it to your tripod and run the lead so it sits in front of the camera IR receiver, and away you go. They are promising interval ramping but no sign of it yet. Of course tying up your iphone for timelapse is a pain so I have installed it on my touch and it works fine. Once the ramping is implemented it will be a much better app, but even now, especially with the neat auto record for video, it’s a pretty good app. 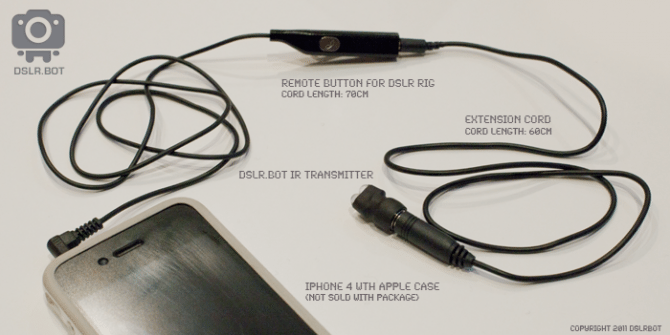