The video content from my Blackmagic Pocket Camera journey in one simple place…. 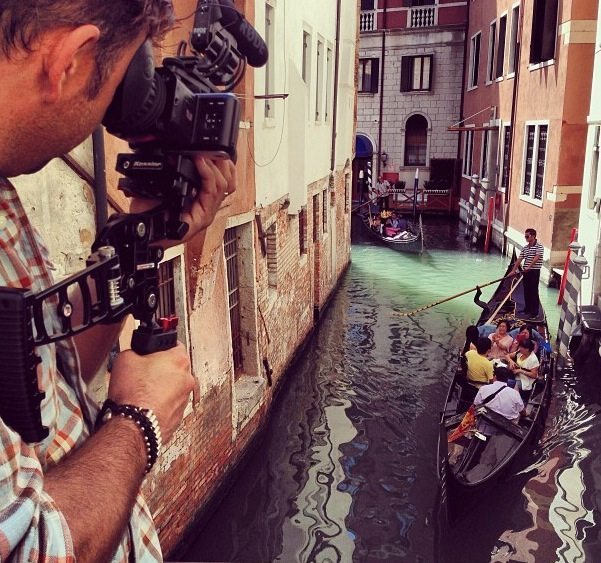 un canale in tasca from Philip Bloom on Vimeo.

No prizes for guessing what the title means… 🙂 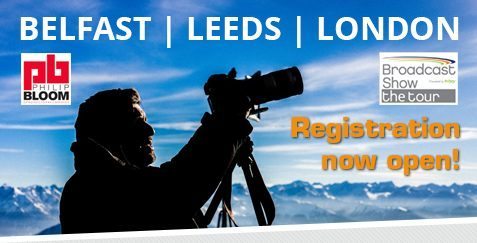 This is a simple little piece of shots I did using the Blackmagic Pocket Cinema Camera whilst arriving in Venice and going down the canals o the location of the workshop. Shot 30p and conformed to 25p in cinema tools to give a teeny bit of slow motion and smooth things out a bit.

I wanted a more classically shot example of footage from the camera even though a lot of this is handheld using the Zacuto Marauder Rig ( gopb.co/ marauder) which gave more steadiness and reduced the rolling shutter issues. The tripod had way too much fine vibration going through it from the boat’s motor but there are still a few shots from the tripod. I REALLY needed a Gondola!

Minimal warp Stabilise was used in Premiere CC to steady it more. It’s a tricky plugin when there is a lot of work to do and the frame changes so much, after all the boat is moving the whole time….it’s close to being spot on though!

This was shot for the upcoming part 3 of the Blackmagic Pocket Camera review which is coming in a couple of weeks or so after I have spent more quality time with the camera! 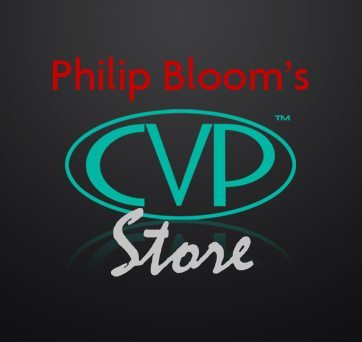 MUSIC COURTESY OF THE MUSIC BED: gopb.co/musicbed All credits at end of video.

Made in conjunction with CVP.COM

Although this review has been partly subsidised by CVP, about 10x more time and effort has gone into making these than what that covered. In fact, it only covered a fraction of Part 1. So, if you find any of these reviews helpful or useful and want to help keep them going in the future, I have activated tipjar on them. Thanks if you do use it!

Part 2 of my 3 part review of the Blackmagic Pocket Cinema Camera. This is the one where it’s all filmed on location finding out what is it actually like to shoot with?

Music is all supplied by The Music Bed gopb.co/musicbed apart from Gustav Holst, Mars

a pocket home video from Philip Bloom on Vimeo.

I took a break from editing part 2 of the Blackmagic pocket camera review to spend the afternoon with my family down in Kent. Although taking a break for me doesn’t mean leaving the camera behind of course! Last time with them, it was medium format film and my Leica M 240. Yesterday, it was the pocket camera.

I really wanted to try out my vintage Angenieux 17.5-70mm zoom as well as an OIS lens on the camera. The 14-140mm kit lens. Plus I had dug out my old wooden “rifle butt” shoulder support from my 8mm bolex. This way I could get more stable shots and lose that fine vibration that mars the camera without a rig or IS.

It’s a great little rig, you can see pictures of it on my blog. It’s for when I want to look utterly unprofessional whilst being professional! The lovely Zacuto Marauder rig looks far too pro for filming in places where I shouldn’t. This simple piece of wood does what I need when shooting in basic mode with the camera!

This is taken from part two of the review and was shot actually after I shot part 2, which technically breaks the idea of the review being evolving, but I had this lovely footage and I wanted to use it!

Part 3 hasn’t been filmed at all yet, so don’t expect it for at least a week. I am off to Venice tomorrow. Maybe I will do some filming there? 🙂

Music courtesy of The Music Bed. gopb.co/musicbed
“My my love” by Joshua Radin

Graded with FilmConvert 2 within Premiere CC. 10% off with code bloom or via this link gopb.co/filmconvert

This is a subtle regrade but also looks different, as I have spent a lot of time fine tuning the shots within Premiere CC and Warp Stabilze (but used in the tiniest amount mostly using position, which keeps some of the wobble and shakiness and loses that shifting warping perspective). I did lots of experimentation to make it still look like handheld, and this is the 2nd version I have uploaded as the 1st one looked too “warpy!”

It’s also uploaded in ProRes Proxy, which actually was around the same size file as my high bitrate H264. The H264 couldn’t handle the fine detail, but the prores proxy did and Vimeo’s conversion holds that.

I prefer it and am much happier now. I didn’t need to do much for the night stuff as I had the Zacuto Marauder rig for that, so it was much steadier! USE A RIG! Always better to stabilise when shooting. Fixing in post is never fun. On the eye I had no choice, unfortunately.

You can also download the non graded edit. Check out James Miller’s post about grading. The link is in there along with loads of info!

Graded with Film Convert using Provia Stock. 10% off at gopb.co/filmconvert

All shots on the London Eye filmed in “stealth mode.” No rig and one lens. The SLR Magic 12mm F1.6 with a Schneider Optics Variable ND.

Shots at Waterloo Bridge shot with the Samyang/ Rokinon 35mm F1.4 and Metabones Speed Booster for MFT Nikon Mount. I used the Zacuto Marauder Rig to get fluid handheld motion. Much better!

St Paul’s Cathedral shot filmed with the Leica 90mm F2 on a tripod!

A huge thanks to actress Kate Loustau whom I asked if she wouldn’t mind letting me film her for a few shots to test out the Pocket Camera for my review in exchange for dinner. If she had known, she probably would have preferred to have gone hungry!

The London Eye is ridiculously strict about what you use camera wise in the capsules. Multiple lenses, tripods, video camera are a big fat no. Had many a…disagreement in the past 🙂

This was filmed for Part 2 of my Blackmagic Pocket Camera Review.

Thanks again to Kate. You made this piece lovely.