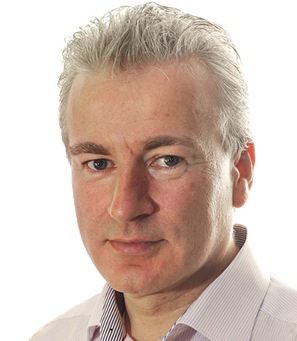 It was with immense shock that I got the call yesterday that the co-owner of CVP died suddenly from a heart attack Wednesday night. He was just 4 years older than me at 46. I never knew he was that young, I had thought he was older, simply because of what he had achieved with CVP and of course the grey hair! 🙂 He always seemed like a man fit and healthy.

He started out as a news cameraman like me but then went down a different path with Creative Video Productions. They are now one of the biggest dealers in Europe, mostly down to Phil. He was a talented and driven businessman as you have to be to succeed. He gave us Brits a fantastic place to get cameras and gear that could compete as much as he could with the US.

More importantly for me, outside of the workplace he was a really good guy, a kind man.

Without Phil, I would not be doing these camera reviews between my shooting and workshop gigs. He got me started with the EX3 alongside Den Lennie. Since then I did a lot of gear and camera reviews for them until about 3 years ago when I no longer had the time. I still did them occasionally. The FS700 one for example was for CVP.

Just 2 months ago, we finally started up the review sponsorship again, planning to do regular reviews of cameras and other gear. He wanted me to spend more time at home, help me in finding that much needed balance I desired and he thought this was a good little thing to stop me zipping all over the place. Having something regular to do each month. We had been talking about it for well over a year. It finally happened after I managed to find time to be home. The new partnership started with the Canon 100, XA25 and of course the Blackmagic Pocket Camera.

When I spoke to him on the phone it was like a time vacuum! We would talk about endless things…he was such a great person to chat to.

This year we got closer as friends away from work. Only recently he knew I was going through a tough time personally and said to come up and stay with him whenever I wanted to. I never had that chance. Nor will I have another curry with him in Brentford. I will miss that.

I cannot imagine the pain his lovely wife Alison and daughters Hannah and Chloe must be going through, and all my thoughts are with them and the rest of his family and friends. Also the staff and CVP have lost a charismatic leader and enormous character who brought enormous life to the office.

Cheers Phil for everything. You have left us far too young.

If you wish to leave your respects there is a condolence book here.