A pre-flight look at the new DJI Phantom 4 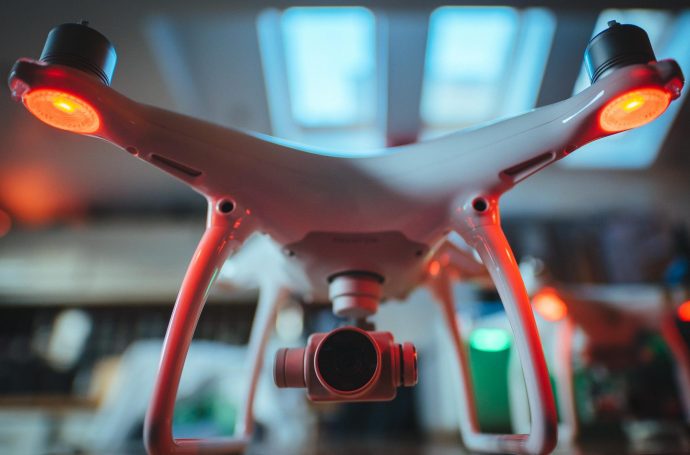 ETHICS STATEMENT: The P4 was supplied to me by DJI for assessment. Whilst I have a working relationship with DJI, no money has exchanged hand and my thoughts are entirely my own. For more on my ethics please click here.

Yes, it’s that time of year when DJI release another Phantom (which is a good thing!). Well a next-gen as opposed to the 4 different flavours of P3 there are now; the one I have – the professional, the 2.7k only advanced, the “4K” one which has less range and uses wifi rather than the amazing lightbridge, and the “standard” which is also 2.7k/ wifi. The prices for these range from around $450 for the standard to $850-$999 for the Professional. Whilst all the different models can be a little confusing, if you want to know which is the best Phantom just look at the most expensive one, which is now the Phantom 4 (most likely!) which comes in at around $1400.

My first Phantom was the 2 Vision followed by the P2, then the P3. I also have an Inspire 1 and Inspire 1 Pro. For me, the big selling point for the P3 upwards is the terrific FPV and tablet/ smart phone app that let you see exactly what you are filming very clearly at quite a range. You also have full control of all the settings for the craft and the camera within the app.

The only thing I kind of prefer about the P2 is the GoPro 4 Black and the image quality from it in ProTune mode. I think is slightly superior to the DJI image, as I find that to be more compressed than the GoPro in ProTune, plus is appears to have has less dynamic range. That being said, the lens is superior on the P3 and Inspire 1 as it is rectilinear and has little distortion. Has the image quality been improved on the P4? I don’t think so from what I have read and seen, but I have yet to actually fly this new drone, so we shall see. This blog post takes a look at the differences between the P4 and P3 and my purely initial unboxing thoughts. I will update this blog with footage once I have flown and shot something worthwhile!

4K: The Wonder List – Across the Glacier with the DJI Inspire 1 from Philip Bloom on Vimeo.

So what is new then, if the image quality hasn’t change (to be confirmed)? Well quite a lot:

I can’t see me using the sport mode to be honest, though I am sure some are excited by this!

This lasts 28 minutes according to their specs.Whilst this is great to have an increased flying time, it does mean buying a whole new set of batteries!

FROM DJI: Front obstacle sensors combine with advanced computer vision and processing to give the Phantom active obstacle avoidance that allows it to react to and avoid obstacles in its path. Additionally, DJI’s Vision Positioning System has been refined, increasing its effective altitude by over 300% from the Phantom 3’s altitude to 10 meters and sharpening up its positioning capabilities, allowing for greater security and confidence when flying indoors.

Just make sure you don’t fly backwards into things, as the sensors aren’t on the back! This is a very good feature to have and a really good thing for safety as well. I look forward to trying to fly into things to test it out. It detects objects from 2 to 49 feet.

From DJI: The Phantom 4 reacts to your touch. In TapFly mode, simply tap on the live view on your smart device screen to send it flying in that direction. With Obstacle Sensing Systems you can watch it fly without worry. Using ActiveTrack, the Phantom 4 will recognize your subject, follow them naturally, and keep them in the frame. No GPS bracelet, tracker or beacon required.

Love the idea of this, especially the active track, although it has taken my 2 years to be able to do this manually I don’t want some newbie doing the same thing as me! 🙂

Push are turn to lock. Yep, need to buy more props too!

Let’s take a look at this in more detail… 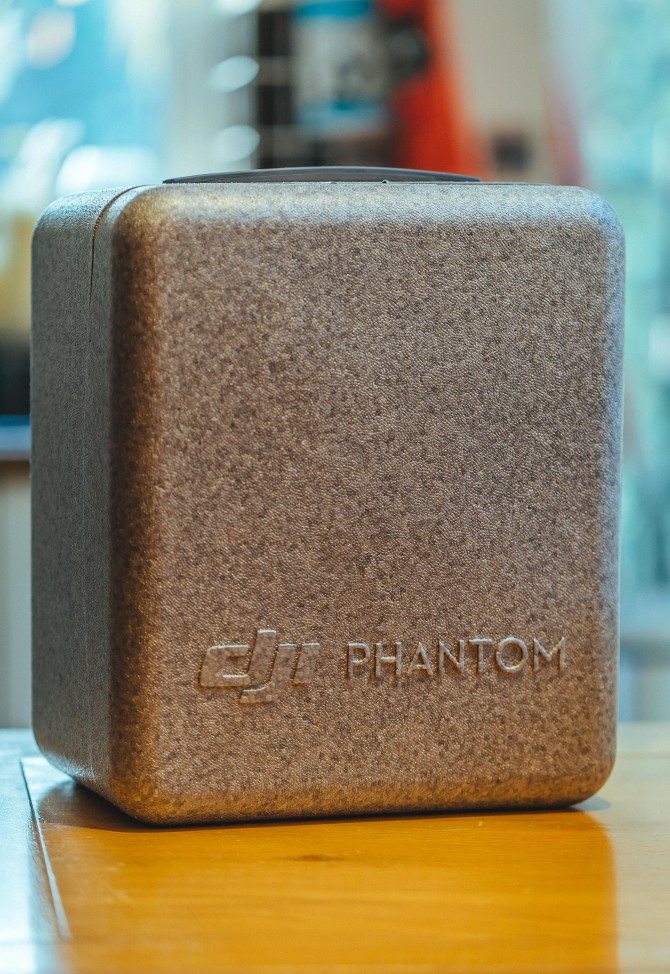 A nice styrofoam case comes with it. Whilst I won’t keep it in this, let alone travel with it, this is a nice thing to have to start off with before spending money on your case/ bag of choice. 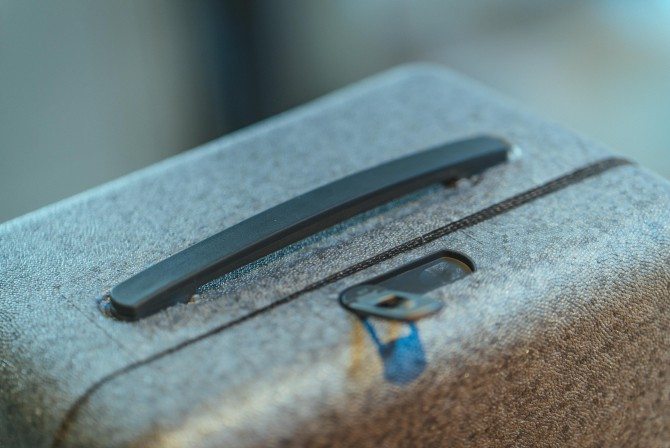 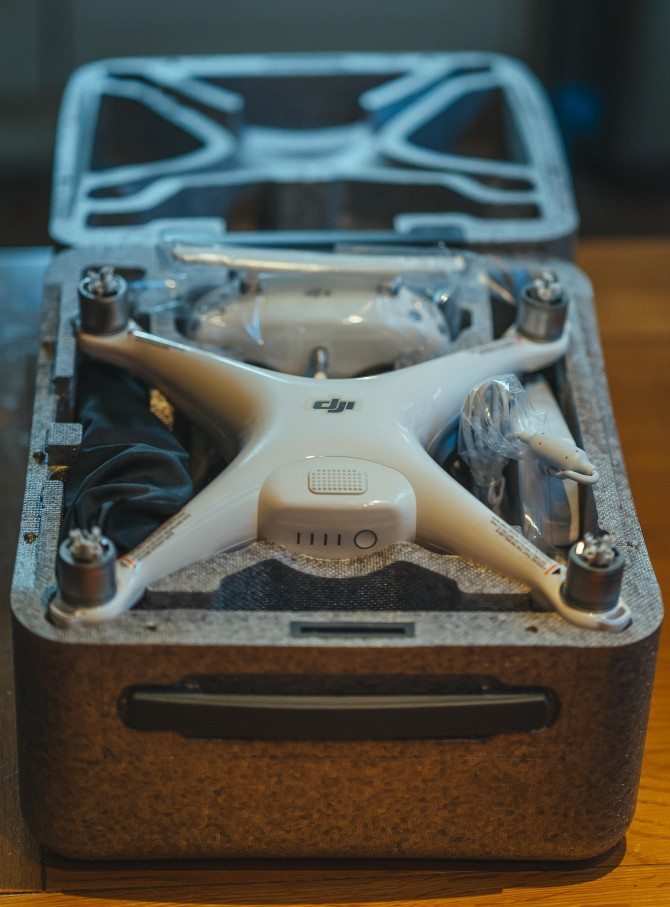 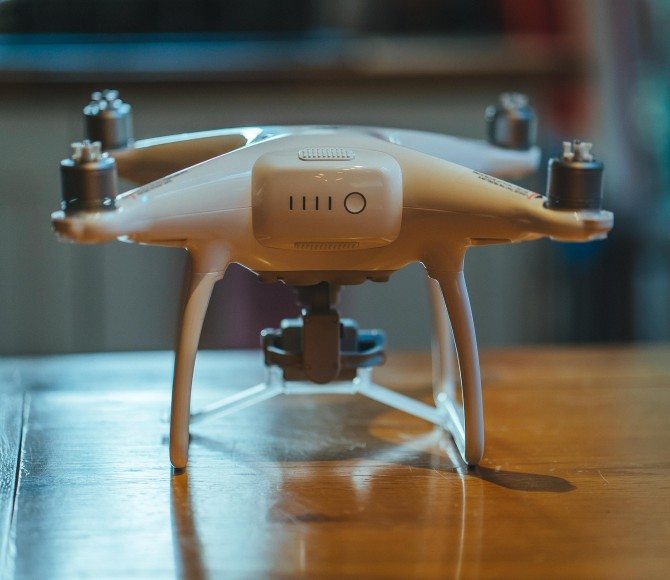 It’s a very sleek and good-looking craft. Much nicer than the P3, although it still looks plasticky as it’s white. A nice matte black one like the Inspire 1 Pro black craft they recently brought out would be lovely! Inside the craft, it has a new magnesium frame which “reduces weight whilst keeping stiffness to a maximum to reduce vibrations” although it is slightly heavier than the P2 as you can see below… 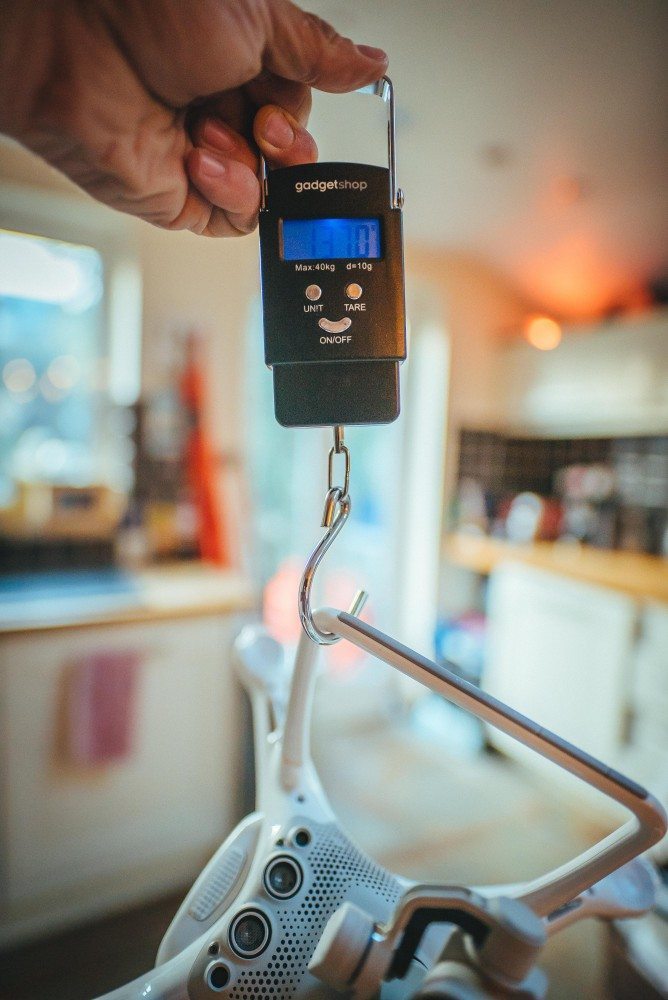 The Phantom 4 above weighs in at 1.37 KG whilst the Phantom 3 below is a slightly lighter 1.23 KG 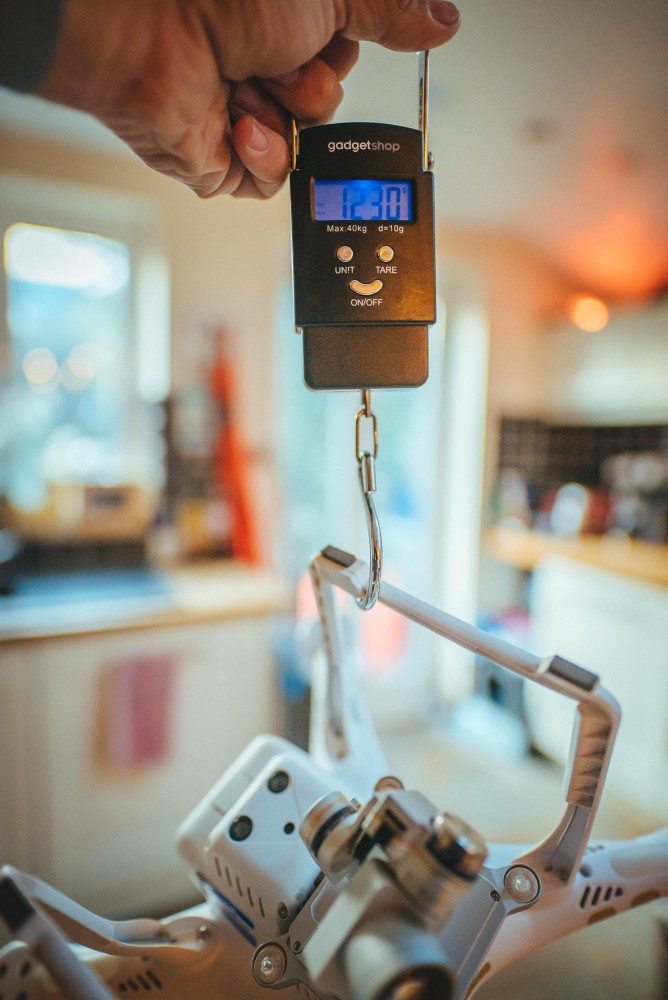 The new battery is a higher capacity, which is a big reason why it now can fly around 28 minutes which is 25% more than the P3. It does mean buying all your batteries again as I mentioned earlier. Much like I had to do when I got my p3, as they were different batteries to the P2! Up to 5350 mAh from 4480 mAh. 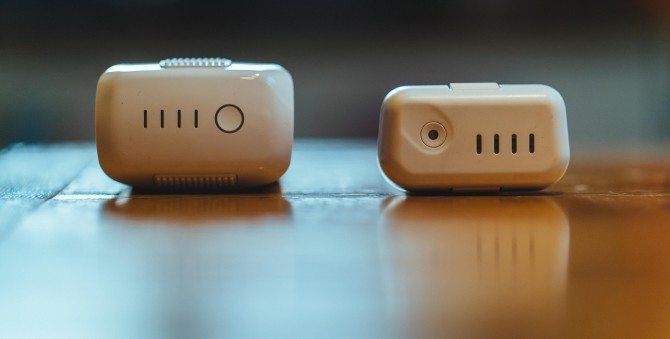 There is also a new connector for the charger… 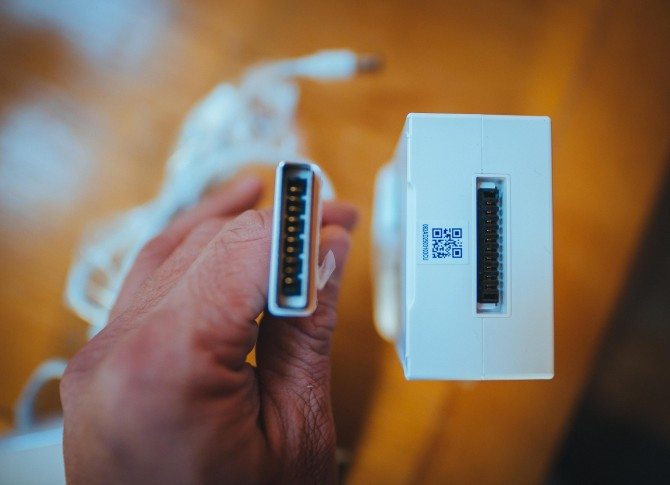 The new propeller connection looks good. It gives you a nice confidence lock when you push and turn it. 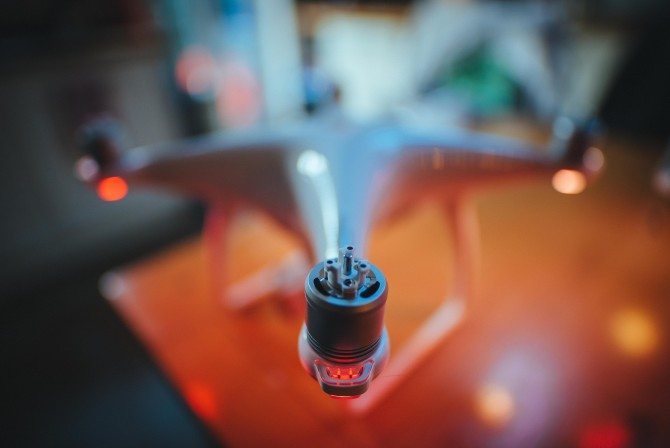 A newly designed underside shows the improved vision positioning system for flying indoors. It works up to 10 metres in height from the ground. 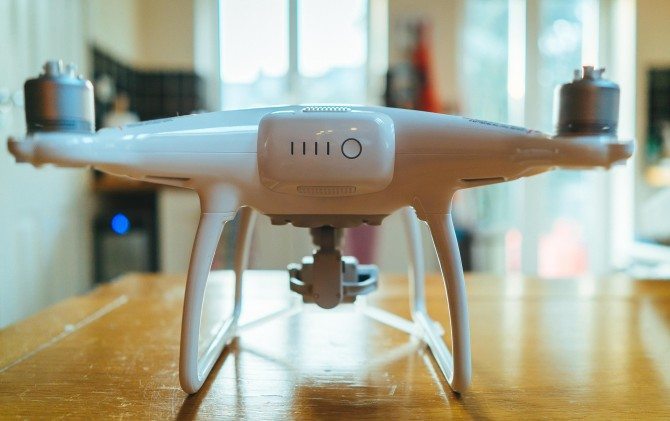 The gimbal is a new design single arm one that is a lot sleeker looking that the P3 one.

There is also a new lens which promises “dramatically increased sharpness” which is a big statement. It will be the raw stills that will show the difference, and I love taking stills with my drones. In fact here are a few I took earlier… 🙂

Some nice good news is the diameter is the same so your (and mine) P3 filters will fit the P4 camera.

A big improvement that is visible without flying it is the position of the camera. It is now dead centre between the legs, which it wasn’t before on the P3, and also further forward meaning you will see less of the props with flying forwards at a certain speed. 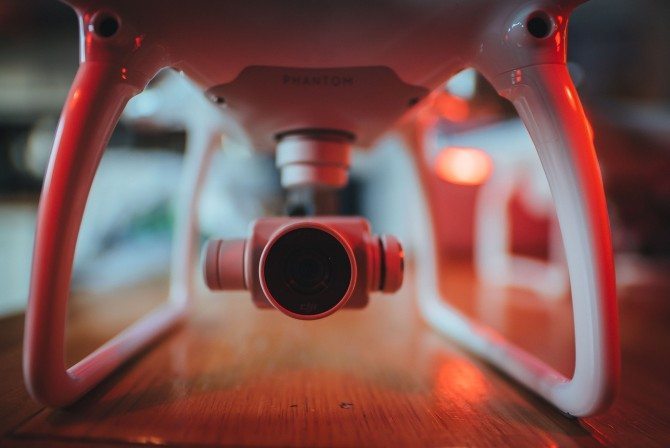 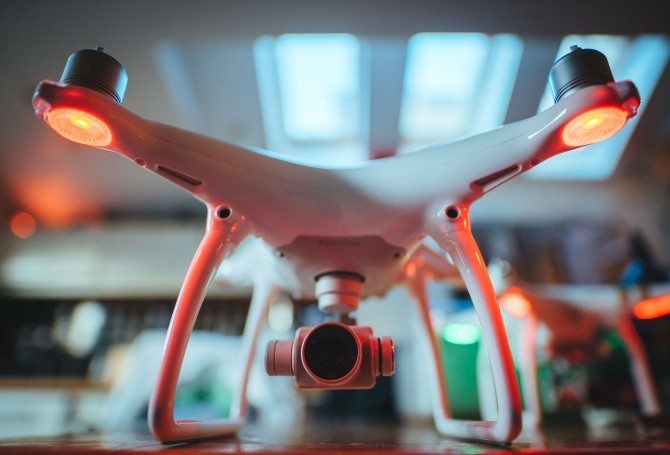 As you can see below, the camera of the Phantom 4 sits much further forward at just over 7cm from the edge of the arm without propeller on. 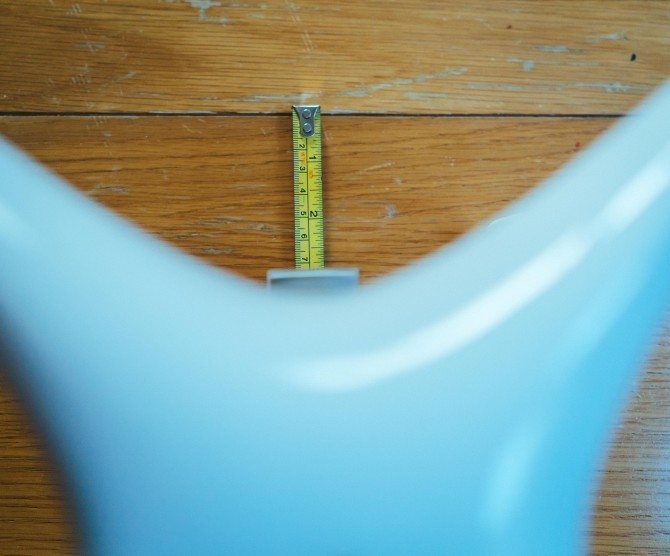 Compared to 10cm on the Phantom 3 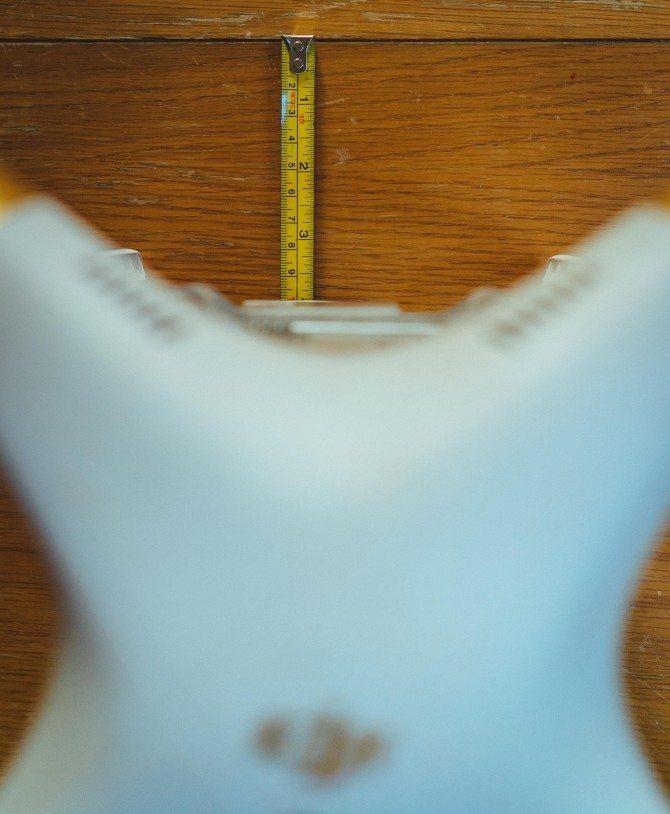 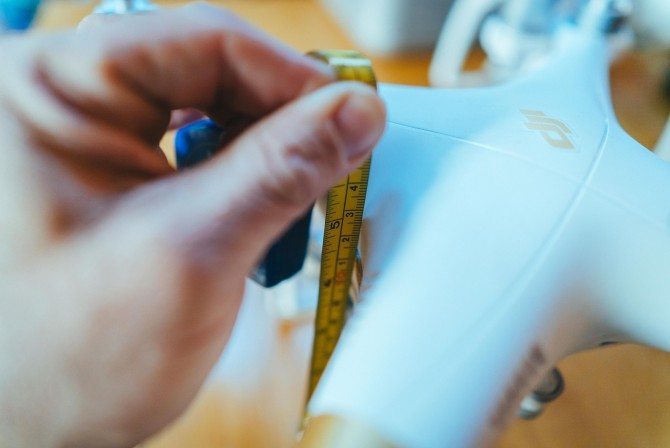 The distance from the centre of the lens to level with the props is also different. The Phantom 3 above is almost 12cm whilst the Phantom 4 just over 10cm. This could make you worry that, even though the camera sits further forward by 3cm, it is closer to the props in height by 2cms. The proof is in the pudding, as in when I get to fly it, to see what the difference is. 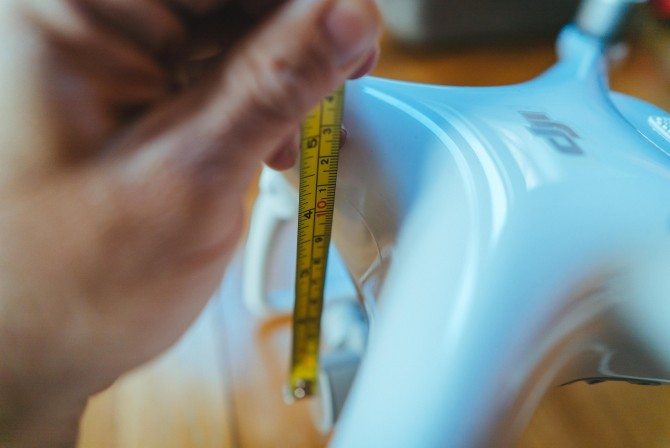 You can see below that the total height of the craft is similar, but the camera is lower to the ground on the P3. 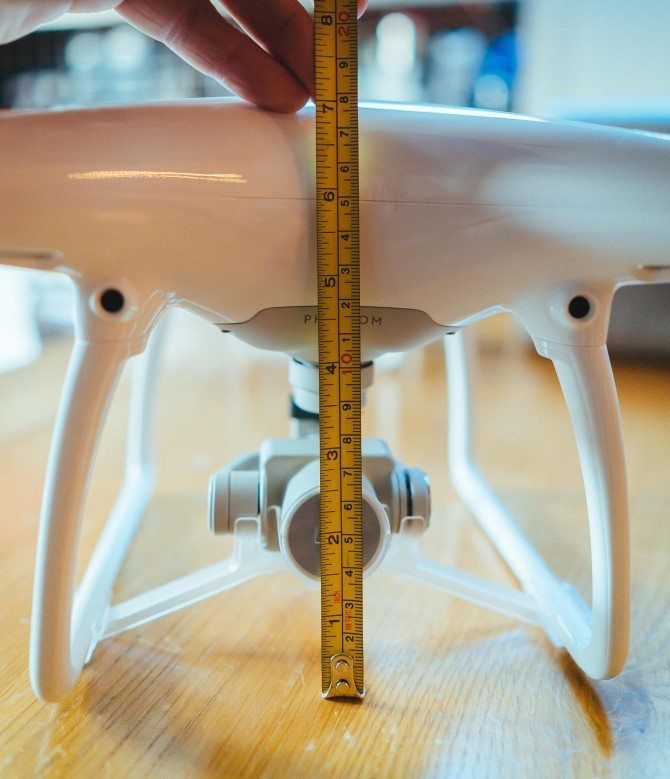 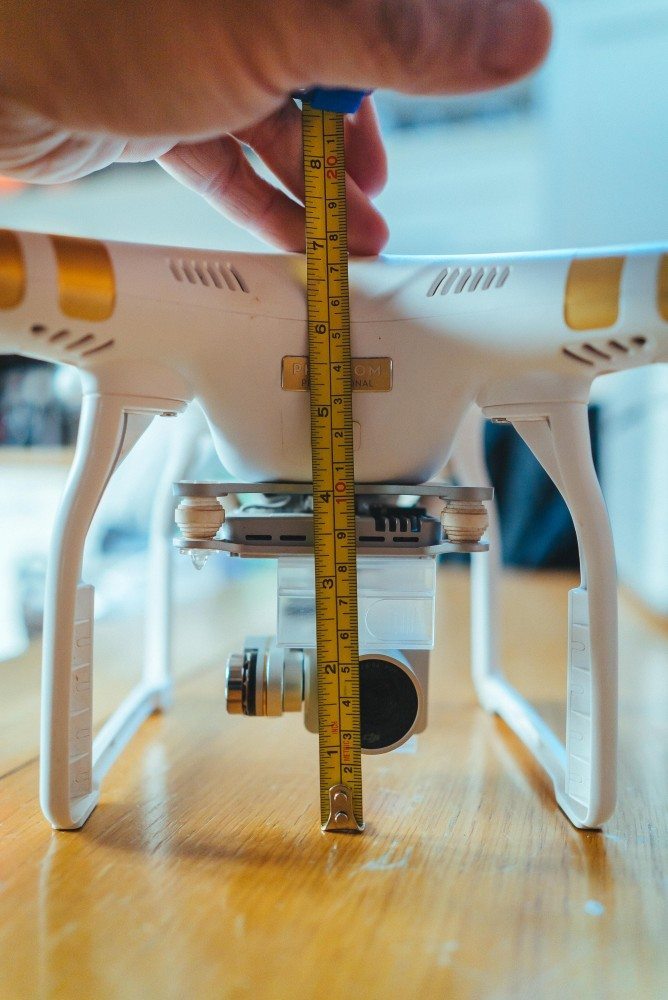 So what do all these measurements and changes mean? It is all supposed to improve the flying experience and ability to capture footage. I am sure it is. It was a big leap from the P2 to the p3, although the Inspire 1 did come out before the p3, and the difference was immense; way more stable in tougher winds, raised legs to get a 360 view, and that was my first experience of their fabulous app. The p3 took a lot of the software of the Inspire 1 to make a more nimble and affordable craft minus some of the key features like the raising feet and dual controller mode. The P4 has features which aren’t even on their Inspire 1 pro (so expect an Inspire 2 at some point I guess!)

So there you go (for now) as there is nothing more to add here until I actually fly it. Wish me luck, as I have never before actually tried to fly into something – it will go against everything I have learned in the past 2 years!!

The P4 goes on sale on March 23rd. Before then, it is exclusive to the Apple store.

The P3 is still a great craft and substantially cheaper than this, so if you are strapped for cash there is always that! I have still not flown much else other than DJI. I bought a Bebob from Parrott and didn’t like it, I do own a couple from Kickstarter which I haven’t flow yet. The one I really want to try out is the 3DR. I can’t complain though, I have more than enough drones for one person!

Below are some of my P3, P2 Vision Plus, normal P2 with GoPro and Inspire 1 footage.

The Return Of Micro Machines from Philip Bloom on Vimeo.