Every now and then someone does something that really catches my eye and I ask them to write me some info about the film so I can put it on my blog. Today it’s Davy McGuire and his very clever “The Ice Book”

This is so different to anything else I have seen, I thoroughly recommend watching, then reading then re-watching! I would to see this in person….so here is Davy…

The Ice Book (HD) from Davy and Kristin McGuire on Vimeo.

I always had the dream of creating a theatre performance that opened up like a pop-up book. A show that would mix video projections with live actors to create a totally immersive experience. We wanted to create a full scale, life-size theatre production.

The idea for the Icebook was to create a miniature maquette for this dream – a demonstration model to show to producers and other funders in the hope that they would give us some money to make the full scale show. (And we still hope that this will come true one day!) The Icebook has since however, grown its own legs and turned into a miniature show all by itself. An intimate performance for small audiences.

We love the old pre-cinematic optical illusions, such as zeotropes and magic lanterns, and the magical way in which they can mesmerise audiences through basic mechanics. Rather than simply projecting images onto a screen, we wanted to create an object with a life of its own – a tangible and magical “thing” for an audience to experience.

When Kristin first held a pop-up in front of a lamp we were fascinated by the utterly beautiful effect of the light coming through the paper, creating shadows and silhouettes which we could then enhance and complement with back projected film-footage. In the Icebook, the 3D effect is achieved by back projecting onto the pop ups. Using this technique the projected characters appear as if they are moving behind the cut-outs and thus the illusion of perspective is created.

Aesthetically, we were also inspired by early 20th century Russian fairytales as well as the work of Jan Svankmajer, Flatworld, the Judder Man from the Metz advert, Georges Méliès and the genre of German expressionism.

So we applied for an Artist Residency at The Kuenstlerdorf Schoeppingen in Germany, which gave us four months, a small amount of money and a large room to work in.

My wife Kristin bought an instruction book on how to make pop-ups, and we set about cutting and folding and trying things out. It was quite a steep learning curve…

While Kristin worked on the pop-ups, I created the projections in After Effects. Most of the scenes in the Icebook consist of us (as actors) standing in vast landscapes and huge buildings. We didn’t have a big studio or the budget for proper film sets, so the background scenery is entirely made up of various photographs that were cut and pasted together and then animated in the 3D space of After Effects. 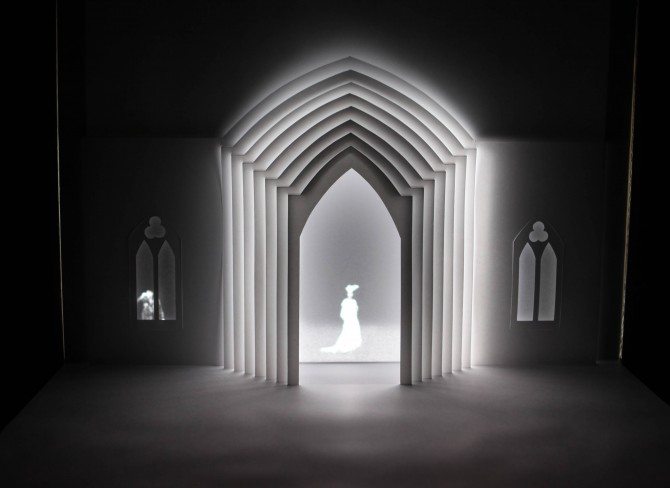 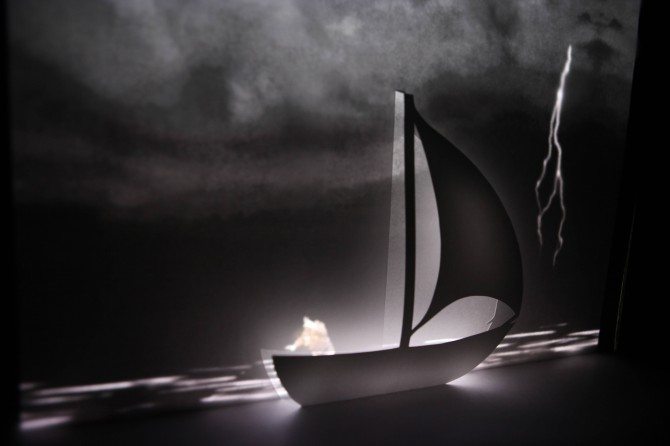 The actors (we only had ourselves) were superimposed onto this photomontage using a makeshift green screen cobbled together from some cheap fabric. We also used builders lights to illuminate our subjects because the light in the room we were using was so dim. 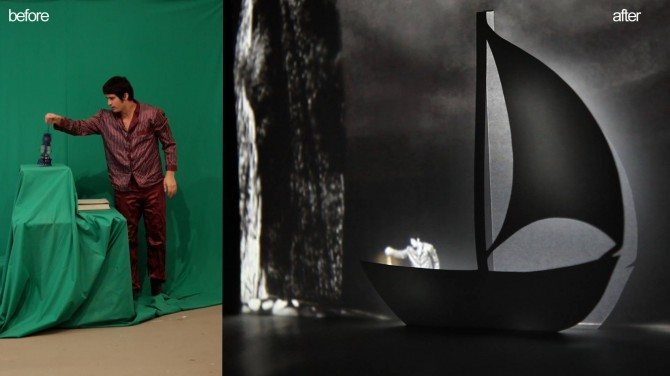 Almost everything was shot on a Canon 5D Mark ii because of its super duper image quality. The extra stops that the 5D provided was a massive help in our badly lit studio. The problem however, was that all of the footage and all of the photos I took were actually too sharp and crisp, so I had to dirty everything up.

At the time, the 5D would only shoot at 30 fps. The motion was over smooth for the aesthetic we were after. I added a posterize time effect to simulate a 15fps feel. I then added lots of dust and grain to give the footage an aged film look.

Compositing – The Ice Book from Davy and Kristin McGuire on Vimeo.

The engineering of the book needed massive thought, too. We decided early on to use back projections, but we needed a way to stop the light spill from the projector bleeding into the room. Kristin ingeniously bought a cardboard wardrobe from the internet and cut a “proscenium” hole out of the lid. Each page of the pop up book is also held up by a system of magnets and the book is bound in a very specific way to allow for the projections to shine through. 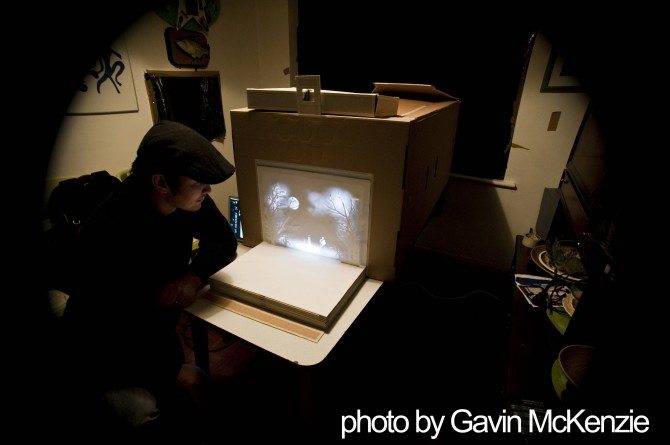 Kristin did all of the meticulous paper cutting and also drew many of the designs by hand. As the book is so fragile (but also used so much) we are now trying to reproduce a stronger version by using Adobe Illustrator, a laser cutter and a professional book binder.

Creating the pop-ups often took days of meticulous and accurate work, and making minute changes to the animation would also take several hours of rendering. We would constantly go back and forth between each other. Sometimes Kristin would come to me with an exquisite page, but when I turned the projection on the combination simply didn’t work. We then had to start building the scene over again or sometimes even ditch the scene completely. It caused a lot of frustration, hundreds of re-writes of the story and many arguments.

Another problem we encountered was that we had to consider the dimensions of the book when shooting all green screen material, imagining ourselves as tiny little people in a miniature world made of paper… but to be honest, we had a lot of fun, too! 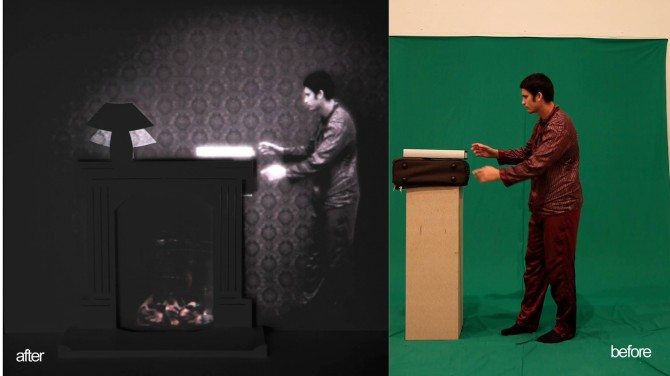 The Icebook is available for screening at Film, Theatre and Arts Festivals. For up-coming touring dates please visit the website: www.theicebook.com and for more information about the creators you can have a look at their websites: www.davymcguire.tv and www.kristinmcguire.com 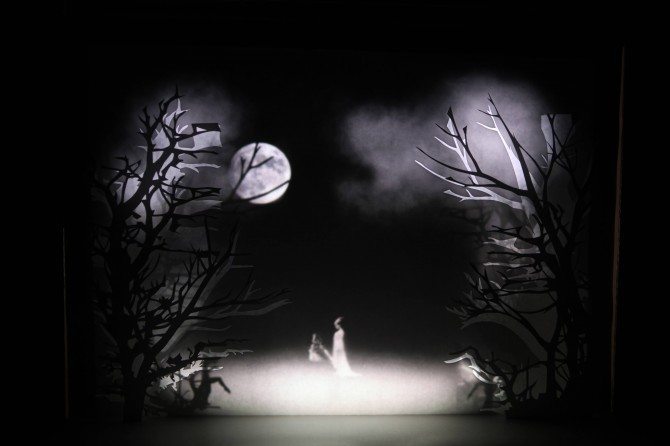 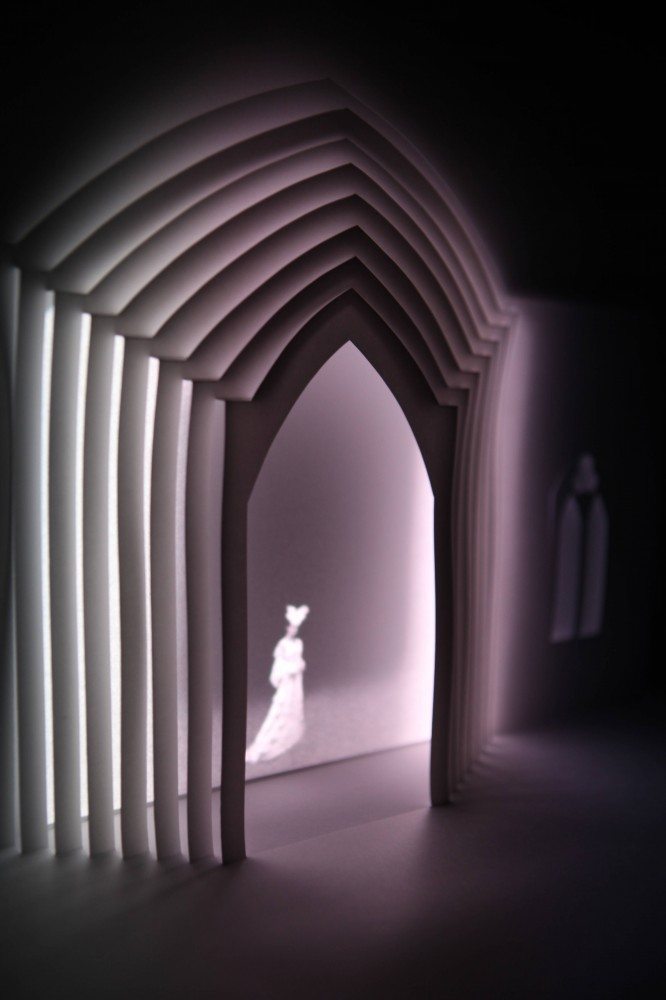 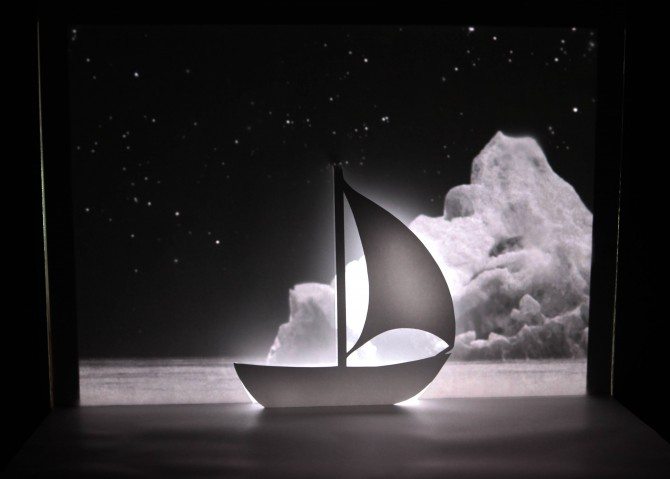 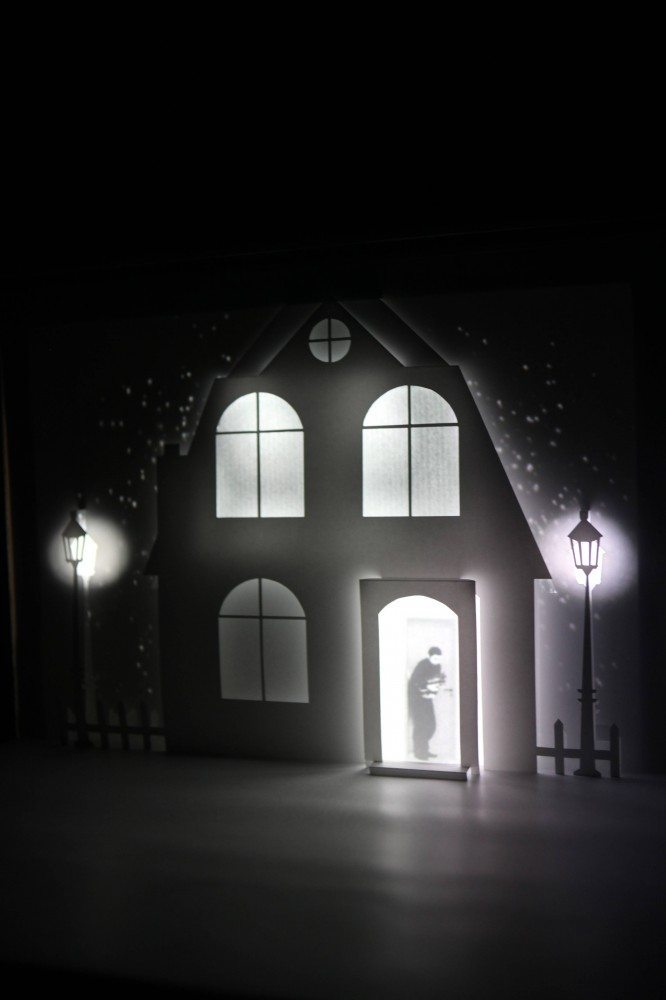