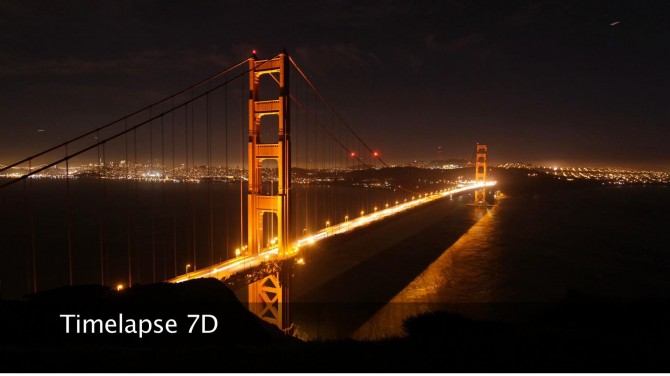 Earlier this week I took my 5DmkII and my 7D to the Golden Gate Bridge in San Francisco and did timelpase the old fashioned video way on the 5DmkII by just recording for 12 minutes at both ISO 1600 and 3200 and on the 7D I took a series of stills using the intervalometer with 2 second exposures one after each other. The differences are clearly obvious! Shooting stills to create timelapse is incredibly easy, putting them together into video is also incredibly easy (check out my tutorial on it) so there is nothing stopping you going out and doing it. Oh, yes, you do need the intervalometer. You can buy the official Canon one which I use from my Amazon store here. Go to DSLR accessories and then page 2. If that is too much I have found a very cheap alternative on ebay for $35 including worldwide shipping! I have no idea of the quality, but I have ordered one and to be honest at $35 you can’t really go wrong!

Timelapse test. Stills vs Video on the Canon 7D/ 5DmkII from Philip Bloom on Vimeo.