On the 3rd, 4th and 5th of November the first ever Film Festival dedicated to timelapse, slow motion and stop motion will be held in the beautiful city of  Santa Fe, New Mexico. It opens with a screening of the legendary Koyaanisqatsi on the first day. Then there will be lots of talks from people involved in this type of filmmaking (including me) and screenings of work submitted into the festival.  As this is an in competition film festival too!

There is a special deal on the hotel where much of it is taking place, The Inn and Spa at San Loretto. But only until the 19th September!!! That’s just two days away. The rooms are $100 until then (although only 25 remain at that price), then they go up a lot! 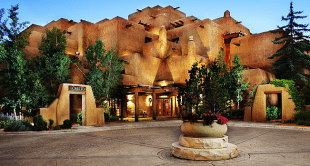 There will be a fascinating round table discussion with me, Carlos Lescano, Eric Kessler, Jared Levy, Brad Kremer, Jon Connor, John Kapelos, Gary Lux, Greg P. Russell and others.

If you don’t know Carlos then do check out his work below!!! My dear friend Mr. Eric Kessler will be here as will my brother from another mother Steve Weiss. Cristina Valdivieso and Jon Connor and many more. It’s going to be a wonderful social experience as well as a chance to envelop yourself in this beautiful type of filmmaking!

There is a film festival part as I mentioned where YOU can enter your off speed film for a chance of winning! More details here.

This is a very different event to Masters in Motion Live in Austin Texas later in the month which is a much more in depth educational event covering all types of filmmaking. Tickets for that are almost sold out, so do come along to that too if you can!