A great cheap way of getting a Canon 5dmkII viewfinder

It’s not perfect, but I certainly prefer it to the Hoodman Hood Loupe purely down to that product’s lack of magnification. It’s made by a great fella called Mike Stevens out of Palm Desert. He makes them himself in his garage by hand and sent me the first one for the ex1 some time ago. It really was amazing what it did to the ex1 LCD. It really turned it into an incredible viewfinder. Since then he has refined it many times and his current one is an all in one design and great. 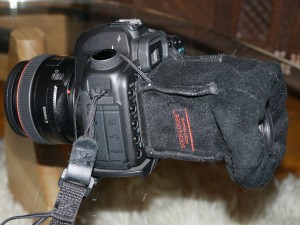 It may look very odd but I assure you it really does work!

Now he has just brought out a smaller one, mainly for the Canon 5dmkII but will also work on other smaller cameras. He sent me two prototypes. One with a fixed cord for fixing on to the body, the other with velcro ones. The fixed one worked better. 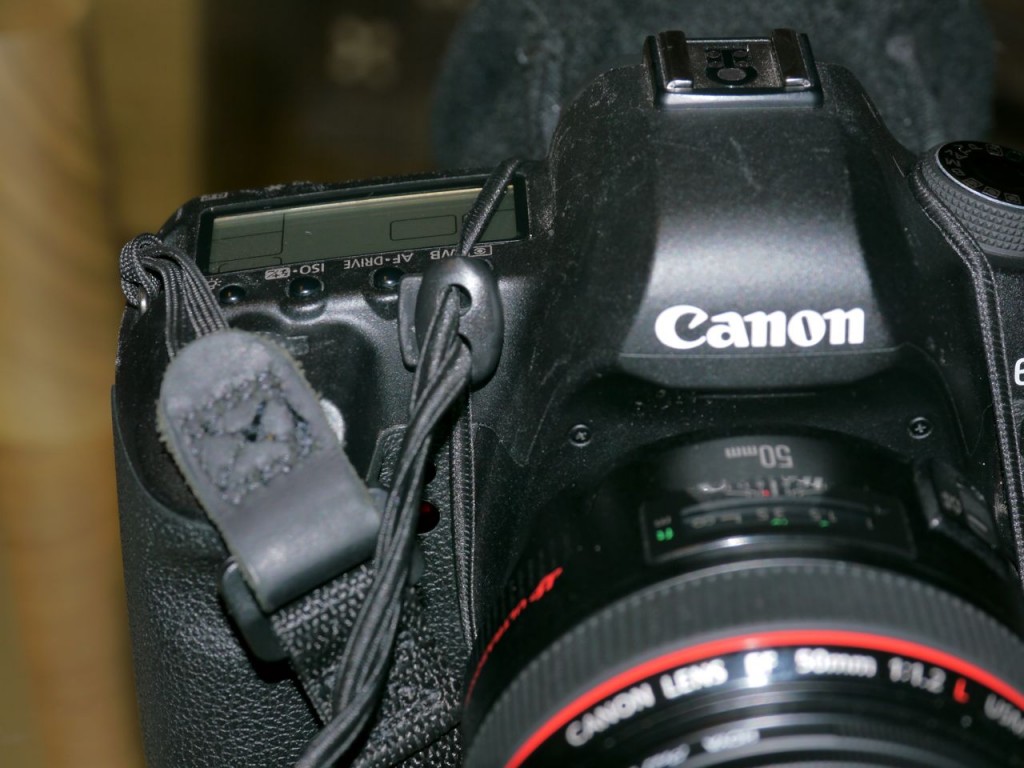 It needed a fair bit of flexing and plying to get it the right shape and not to obscure the LCD. I found it tricky at first to get the full LCD in view, but with a few minutes of adjustments I got it spot on. But you know something? It bloody works! It’s not a Zacuto Z-Finder by any stretch, but it is very comfy on the eye. Magnifies the image with a three element diopter about 11 diopter. it’s also just $79.97. For something totally hand made and made in small quantities AND makes the camera much easier to shoot video hand held it’s a bloody bargain! 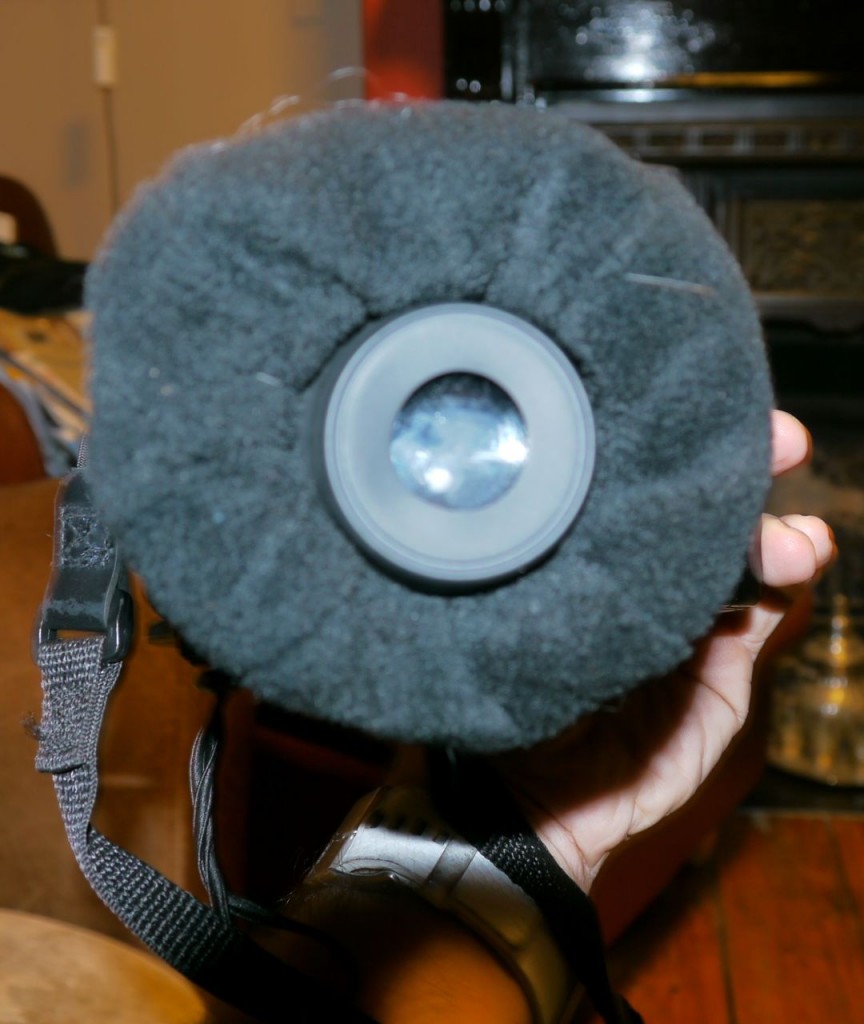 You focus bellows style and it gives much better optics than the hoodman. The hoodman also does not magnify. 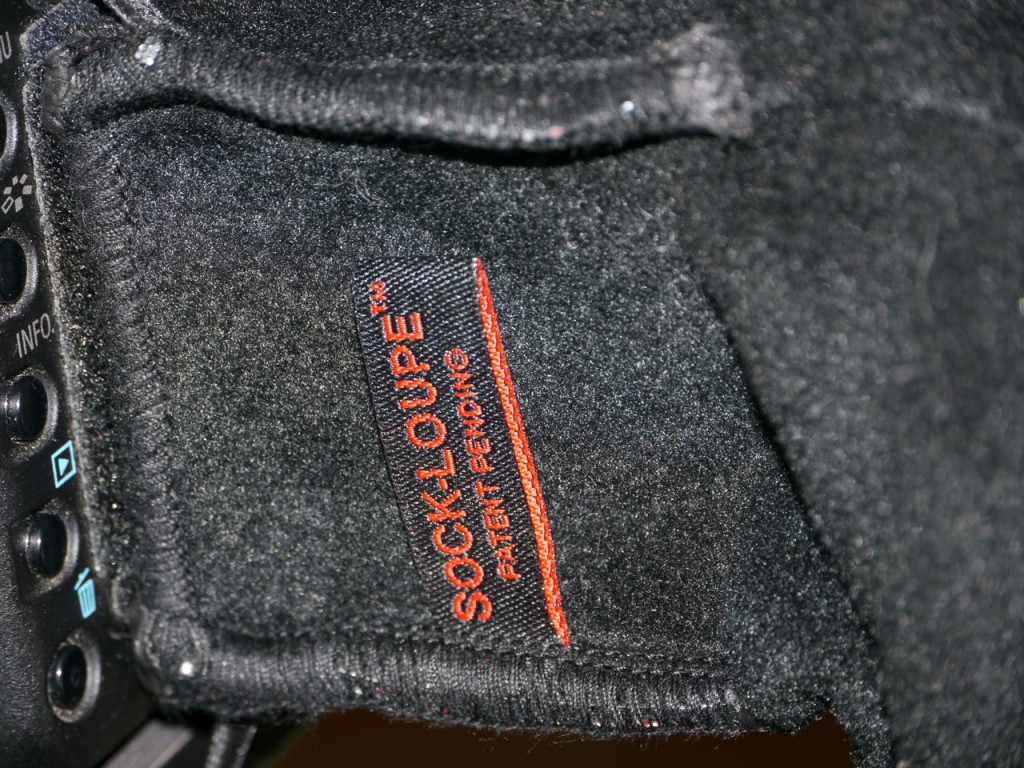 As I say it’s not totally perfect but it does a great job so I do recommend it. The Z-Finder V2  is about two weeks away from release so if you really can’t afford the Z-Finder. this is a very clever alternative. 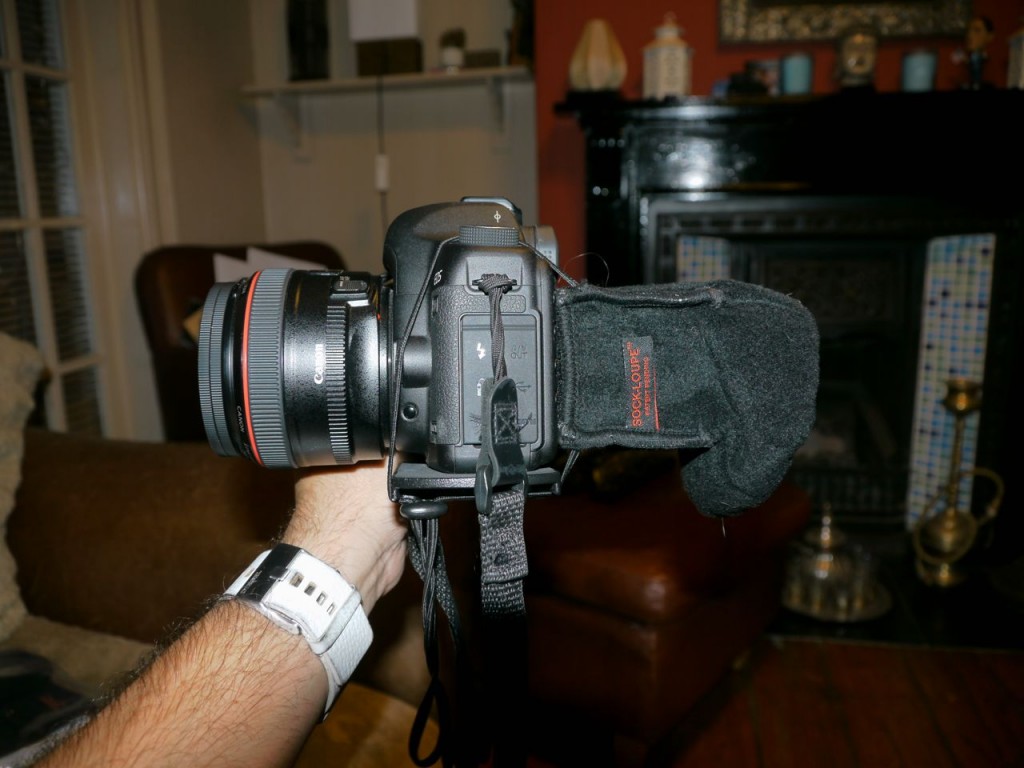 The minor issues I had to get the LCD screen fully viewable have now been fixed and  You can order it direct from the website here.