Shadows & Light: A unique 2-day filmmaking event in the UK in March. Great seminars and workshops! Tickets on sale now! 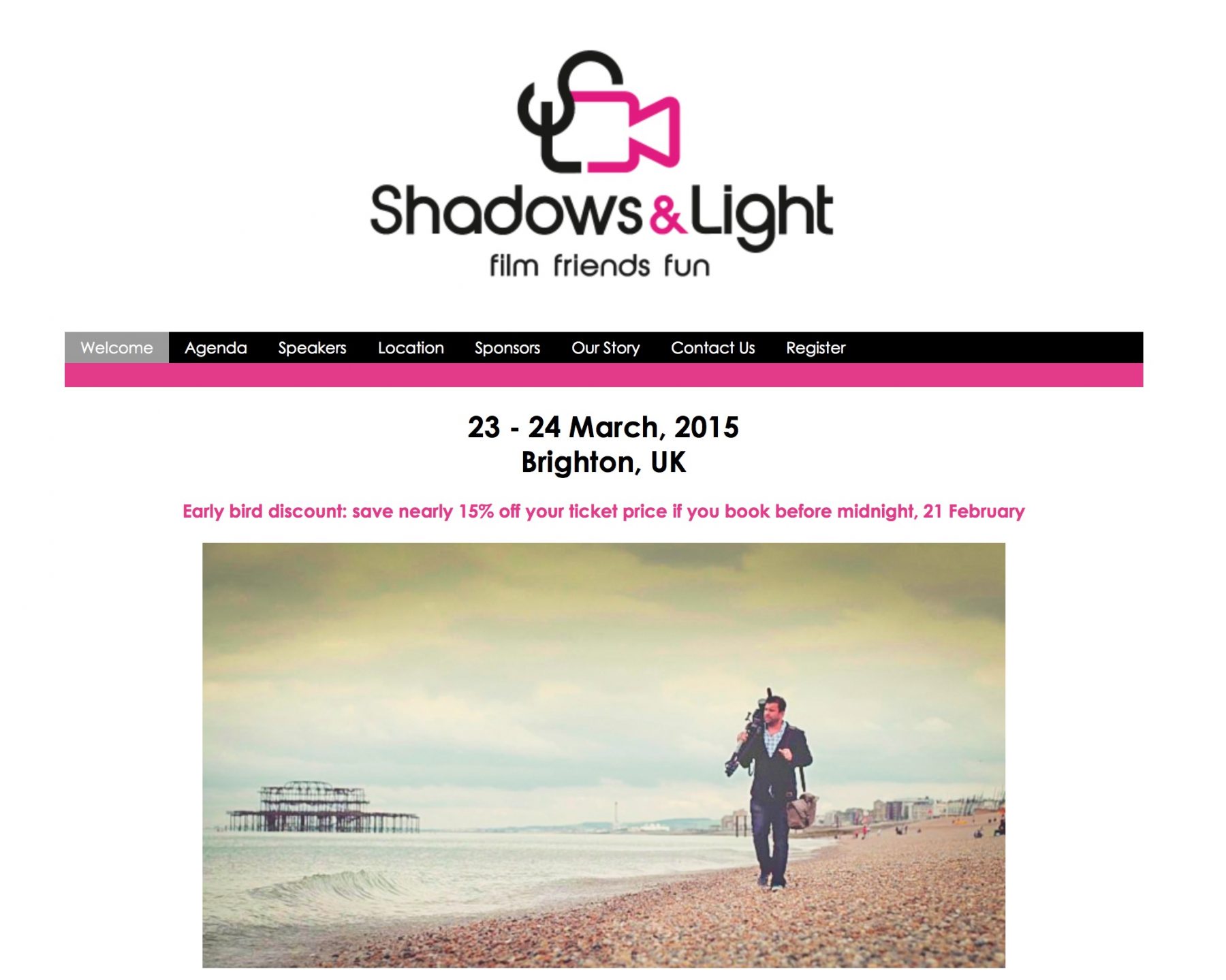 EDIT: Don’t miss out on the film competition to win a place at the first ever “Shadows & Light”!

I am really excited to announce that booking is open for the first ever “Shadows & Light”. An 2 day even for filmmakers in Brighton on the 23rd and 24th March.

We created this event based on your feedback after I posted a few months back asking what it was you wanted to see from an event like this. Well this is the culmination of a lot of hard work, and it’s going to be totally worth it. 2 days of fantastic, inspiring talented speakers like Vincent LaForet, Nino Leitner, Haz Dullul with more to be added. Plus mini workshops covering a multitude of filmmaking topics, terrific networking, socialising from the Sunday night through to the end with my favourite test spot for new cameras, Brighton Beach, right on the corner.

Below is from when I was last there in December with James Miller testing out the Shogun and the A7s. The first shots are from my home town of Richmond. Below that is my A7s low light test film “Now I See” also shot in Brighton! Thankfully it will be much warmer at the end of March! 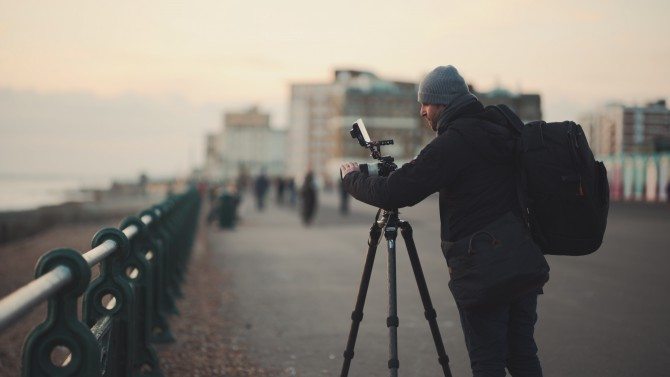 Now I See from Philip Bloom on Vimeo. Tickets are on sale now at an early bird discount of £495 for the two days. This is until February the 21st. After that the price goes up to the full £595. There are limited spaces of course, so don’t wait too long, as we expect this to fill up quickly! We also have a fantastic location. A terrific classic cinema in the lanes of Brighton. Full details about topics, speakers and everything on the website here! 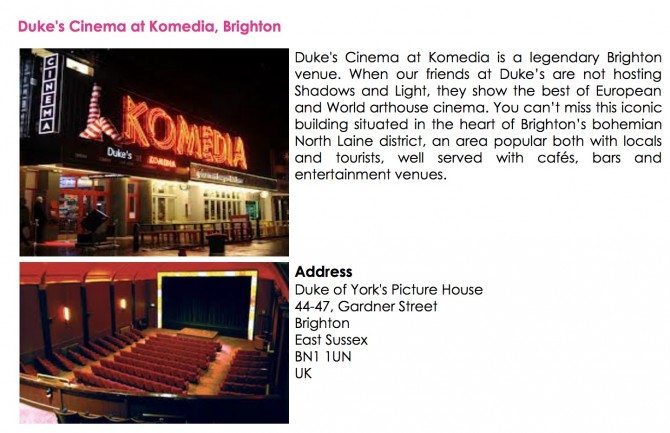 Why do we need something like this? Here are my thoughts…

Education in filmmaking is more important than ever. Back in my day, there really were just two choices: film school, or some sort of apprenticeship in a company. Self-taught filmmakers were few and far between, due to the prohibitive cost of equipment, both cameras and editing software. Things have changed drastically, of course. With the onset of affordable but high quality cameras and editing tools, it’s a great time to be a filmmaker.

Now it’s down to the individual, their skill, their ideas, their talent. There was a time not so long ago when the people getting lots of work making corporates and working for some broadcast shows got these jobs because they had the gear. Not because of their talent.

Thankfully that has now changed! My path that started on October 9th 1989 when I was 18, was taking a job at Sky TV working in a portacabin with a degaussing machine recycling tapes. I peeled off labels, ran them through the machines and put new labels on…for six months for £145 a week.

I got my foot in the door and from there moved up a step to a newsroom runner, where I bugged everyone because I wanted to learn. Once in that position, I learnt from some incredibly talented cameramen. It was one of the best forms of education I could do to become a cameraman. It was a journey and took time, but it was totally worth it. It was the best training I could have had.

Seventeen years after starting at Sky, I left to become freelance, and in those eight years since, the learning has gone overdrive! That is key. You never stop learning. You never know it all. You make mistakes – and you learn how to improve from those. This process takes time. Your lifetime! When you realise you never stop learning is when you begin to take your work up a notch.

To be a good filmmaker, you need to know how things are done. Personally, I believe you should know how everything is done. Not so you do it all, which sometimes you will of course, but to give you a better understanding of the process. A better respect for specialists and what is achievable. A full understanding of the filmmaking craft.

Through my website I have given back, and it’s become much more than a place to help me get jobs. It’s become an educational resource, and in the seven years it’s been running, I also started doing workshops and seminars. It has been my way of giving back. My way of helping people learn, like I was helped by cameramen when working for Sky. 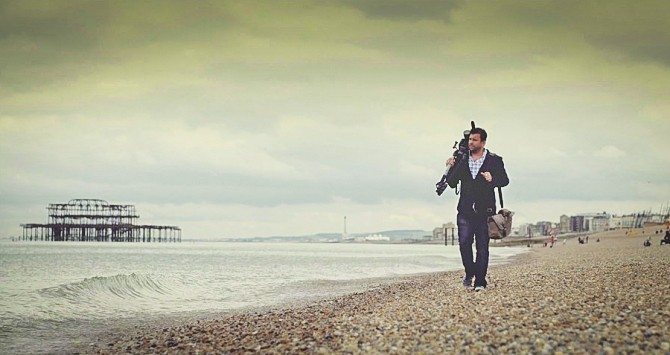 That’s what brings us on to Shadows & Light.

There aren’t enough events like this outside of the U.S. and we’ve decided it’s time to correct that! Having spoken at numerous multi-speaker events over the years, I know what works and what doesn’t. The closest thing to this I have done is the excellent “Masters In Motion” in the US that I have been involved with for years…but that’s always in Austin, Texas!

We had the Converge event a few years back which was also similar, but there were only two of those. It really is the time to have a new event for filmmakers with accomplished filmmakers speaking and covering different filmmaking topics…not just fantastic seminars but 4 excellent mini workshops that all attendees get to do. I will be taking one of them.

There are still some speakers to be announced, and that will be very soon, but I promise they will be of a very high quality indeed!

EDIT: Great news Vincent LaForet will be joining us! 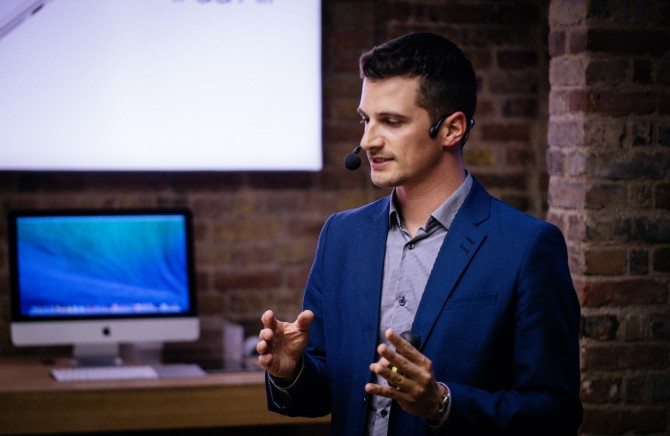 I have never been involved in organising an event before. I am always hired in. I have been co-organising this with Fraser McGruer who has a lot of experience in organising things like this. I am on board to offer my advice, leaving him to do all the work! It’s a bit like when I make films, I really hate producing but love the creative side of things! 🙂

Tickets are on sale now at an early bird discount of £495 for the two days. This is until February the 21st. After that the price goes up to the full £595. There are limited spaces of course, so don’t wait too long as we expect this to fill up quickly!