4K video recording on a phone? Is there any point? A look at the Samsung Galaxy Note 3’s 4K video

HELP FIGHT MY ANNUAL BATTLE AGAINST PROSTATE CANCER WITH THE MOVEMBER FUNDRAISER! AWESOME CAMERA-CENTRIC GEAR PRIZE DRAW! LIST OF PRIZES TO BE ANNOUNCED SHORTLY! CLICK BELOW TO BE TAKEN TO THE POST EXPLAINING MORE!!

No, my site is not suddenly turning into a mobile phone (that’s a cell phone if you don’t know what that is!) review site. Despite running this site for 6 years, I have never done a review of a mobile phone’s video function. There are enough “proper” cameras out there as it is, and just keeping up with those is impossible. So I review a handful a year cameras when I can squeeze them into the day job of making films (and a bit of teaching).

I have done a post which is very outdated on film making camera apps, and of course I post a very large amount of iPhone photos all the time on Facebook and Twitter/ Instagram. That is where it has stopped…until last week.

Whilst in Estonia I shot a little bit with my iPhone 5S in the 120FPS mode and put the stuff together into an edit to tie in with a blog post looking to see if this feature, a feature that most of us would love on our DSLRs or other video cameras, is any good. Check out the blog post here…the video is at the bottom of this post.

I have been using Android phones and tablets for over 3 years now. It’s only recently that I have found them to really compete with my much loved iPhones…remember this is just my opinion! The hardware, for example on my HTC One, is exceptional. Fast, amazing screen, and what a gorgeous design! Far more attractive than say the Samsung phones, of which I have had a number. They normally are very plasticy but hardware wise are incredible. But for me the biggest issue with Android phones is the operating system, which ironically is also one of the best things about Android phones! They are open, not closed. I have a file structure I can customise. I have control over my phone, not the other way round. You pay for this in intuitiveness for sure, they don’t come close to Apple in that regard, and the quality of Apps in the Google Play store is still very poor compared to the Apple Store. I am sure a massive part is that it’s harder to develop for so many phones with different hardware…Android phones vary so much!

Tomorrow is my last day of my TV-BAY UK tour where loads of companies are showing off the toys whilst I give two talks during the day. The first is the key one that ties in with here “4K and raw. Do we need it?”

Now as much as I adore the 4K image, editing with it is a pain in the arse. Not just that, but displaying it? It’s been 2 and a half years since I got my first 4K camera. This week I got a dirt cheap Seiki 4K TV so now I can finally actually see what I have shot and edited properly! That’s all I will use the TV for. There is no content out there really, and as sexy and stunning as those TVs are in John Lewis (and expensive!), there is pretty much bugger all to put on them. That’s the problem with 4K. I love it, but I love it for its creative aspects. Not because it’s the new standard. It’s not the new standard until we start having, for the home (and in numbers) 4K channels, 4K devices & 4K media. It’s still very early days, yet for any of my personal work I almost always shoot 4K as I just love the image. It’s not 4X better than HD but it is nicer for sure! 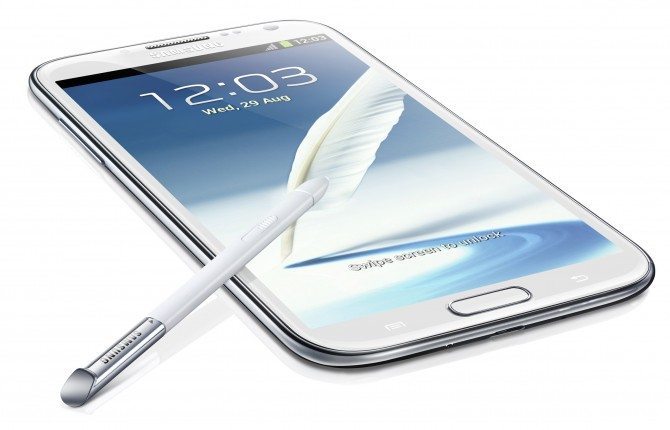 So then, what is the point of a mobile phone that shots 4K? To be blunt, not a lot, at the moment. Yet the Samsung Galaxy Note 3 has that function! It does shoot Full HD of course but it also can shoot 3840×2160 otherwise known as 4K or Ultra HD. It’s actually not really a feature that is pushed that much by them to be fair, but it is there.

I wanted to check it out as I was super curious. I did see some very average looking footage online but I still wanted to see it! So, I got hold of one this afternoon and just as the sun disappeared I drove to Richmond Lock close to where I live and filmed as much as I could in the very little light I had left. Literally 15 minutes, then it was gone.

One thing I noticed was that the stabilisation of the HD is gone when shooting 4K. You need it…badly. Without it, the footage is so shaky it’s pretty unusable and we aren’t talking handheld movement, it’s incredibly sensitive and with its CMOS sensor the rolling shutter artefacts are very pronounced. I shot everything with it resting on my screwed up fleece. Even then just breathing and holding onto it (so it wouldn’t fall into the river!) gave me some of that movement. It also needs good light. You can see in some of the shots the noise. It really struggled. It normal daylight it would be fine.

You could use the 4K mode to scale down and give you exceptional HD…the problem is the shakiness of the footage due to the loss of image stabilisation is a price you would have to pay. Handheld use is essentially out.

Then again it is a mobile phone that shoots 4K, so what do you expect? 14 stops of  dynamic range? 240 FPS? XLR inputs? Perhaps even raw?!? It’s a damn damn fine phone indeed, and the camera is pretty nice as is the normal video. Very video-y but that’s what I expected….what if though…? Maybe ARRI would do a deal with a mobile phone company like BEATS audio did with HTC…the HTC ALEXA! Can you imagine it? A mobile phone in your pocket with a Super 35mm sensor, 14 stops of dynamic range and records ProRes 444 or ARRI raw! Well we can dream, right? Think of that amazing filmic quality we could use for our 6 second Vines!!! 🙂

Despite all its issues, it’s a pretty nice looking image. It’s contrasty for sure, too sharp and saturated…a bit like the Canon standard picture profile. Perhaps there is a way to dial all that down? I couldn’t find anything. There are also the usual image pattens of aliasing and moire.

For me though, I think the single biggest issue with this 4K feature is one thing. Its codec. It’s TOO WEAK!! When I put together my edit, I could not grade it. I tried to, but it just fell apart. I tried everything from heavy stuff like FilmConvert to simple RGB curves. Nope. Fell apart. So I left it as it was. Something I pretty much never do! I did crop it to 2.35 to 1 because i love that ratio so much…I also HAD to do something to it! Luckily the image already looks pretty attractive with that contrast and saturation.

EDIT: I had to grade it, so I converted it to 1080p and it graded OK using RGB curves. The version on Vimeo is that one. The 4K ungraded edit can be downloaded by going here.

It records in H.264 MP4s at roughly 48mbits per second. That’s not very high for four times the resolution of HD. It needs to be a much less compressed recording or ideally a newer, stronger, more efficient and 4K centric codec. H264 is not really it.

I recorded in 30p. There may well be a 25p or 24p option. I didn’t have time to look for it. Doesn’t matter though, as I shot 30p and brought it into the computer via the rather lovely full size USB 3 port at the bottom of the phone, and then converted to ProRes HQ with MPEG Streamclip and then conformed to 23.98p in Cinema Tools, giving me a slightly stronger image and slightly slower but now much nice filmic movement. I really like 30p recording slowed to 24p or 25p. It’s a lovely “not slow motion but not normal motion” look.

7 seconds roughly equals 100mb in its native recording. Yes..sizeable but not massive. That’s the problem really…it needs to be bigger!  You can download a native clip by clicking here.

No more phone posts after this! I need to get my Fs700 4K raw post finished and of course shoot part 3 of my Blackmagic Pocket Camera review…but more importantly finish edits of some my documentaries…where does all the time go?!

If you are lucky enough to own one of those stunning 55″ or 65″ Samsung TVs, then you can at least shoot your own content…we also of course have 4K YoutTube…a bit pointless if not viewed on a 4K display of course! Otherwise for now it’s of pretty limited use, mostly down to that codec being so damn weak….and no, I have not checked to see if I can do a clean HDMI out to the Convergent Design Odyssey Q7!

So if you asked me. Super slow motion or 4K? What would I prefer feature wise in a camera. That’s a tough one, as I love both…but for a mobile phone? The super slow motion for sure because IT’S FUN and 4K is NOT FUN! It gives you lots of creative potential but it certainly isn’t fun to work with! 🙂 There is also a 120Fps mode in the Samsung, not obviously there like the iphone 5s but it is there. I really should try it out. 720P like the 5s.