Some bloke called Steve Weiss showed me this little camera in San Francisco and I fell in love with it. So of course I had to have one!!

It’s called the Digital Harinezumi from Superheadz in Japan. 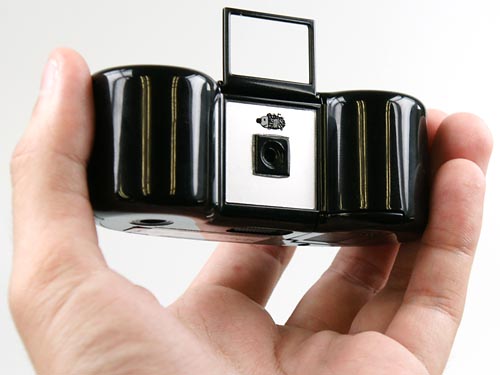 Creating warm, dreamy and surprising videos, the tiny Harinezumi camera (about the size of a 110 film camera) by Superheadz was inspired by the Super 8mm silent film of the ’60s and can take 2 hours of footage (without sound) while being compact enough to carry with you just about anywhere.

It’s really the opposite of what I have been shooting with really. But there is something about the lo-fi image from it that I adore. It really does have a very Super 8mm look and feel to the pictures (despite the crappy rolling shutter issues from the cmos chip).

The film below really captures the last 10 days of my USA trip after RE:Frame in San Francisco. Starting off at Zacuto with Steve Weiss recording new episodes of Critics, that’s Scott Lynch taking the piss out of Steve’s “Self Love” Video which you can see at the bottom of this post. Then the video goes to LA where the LA meet up happened of about 30-40 odd people from twitter and facebook. We all met up on Venice beach and had a great time down there. Great to see Brian Ramage (Reubal), Paul Reynolds, the Jag boys, David Aldrich (who makes the dirt cheap D-Focus available from the Jag boys), Oleg, Rodney Charters (24 DP), Alex Kubalsky, FCPUG main dude Michael Horton and many more! Then there is a little bit at the end with the lovely Sara Collaton. It was a right old 5dmkII/7D fest though!

There is something really freeing about using something so basic and retro as this, no sound, fixed lens, tiny. I simply adore the images that come out of this camera. It really reminds me of the old home movies my dad made with his Super 8mm camera.

If you want a really fun little toy camera and try something very different check it out. They are in very short supply. The only place I can find them in stock is Urban Outfitters. It costs $170 and it’s worth getting the accessory pack which contains a 2gb micro sd card, USB convertor and battery. You can also but them from Photojojo here.

Digital Harinezumi: Lo-fi coolness! USA Video Blog from Some Like It Shot on Vimeo.

It is very plasticky and I don’t think it will last forever but I am really quite smitten! I can’t think of a better Christmas present than this for people! 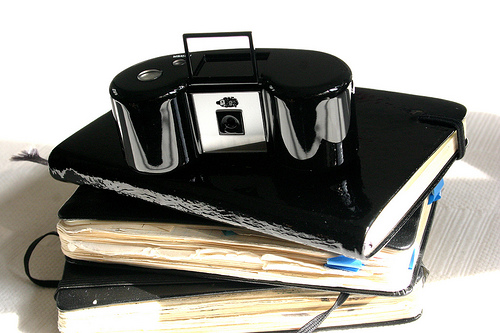 Memories of My ReFrame Shootout from Steve Weiss on Vimeo.

This is a camera test.
I shot this vintage (Super 8 film look) video using my new Digital Harinezumi toy video camera bought on-line at urban outfitters for $170. Using a prototype Zacuto Zgrip Point and Shoot (stabilizing handgrip), I shot all of the footage here. All of the scenes of me I shot holding the Zgrip, pointing the camera at myself. No post process was done to this video, just captured and edited. Shot on October 21, 2009 at the Palace of Fine Arts, San Francisco while attending the RE:FRAME Collective.
Shot and edited by Steve Weiss