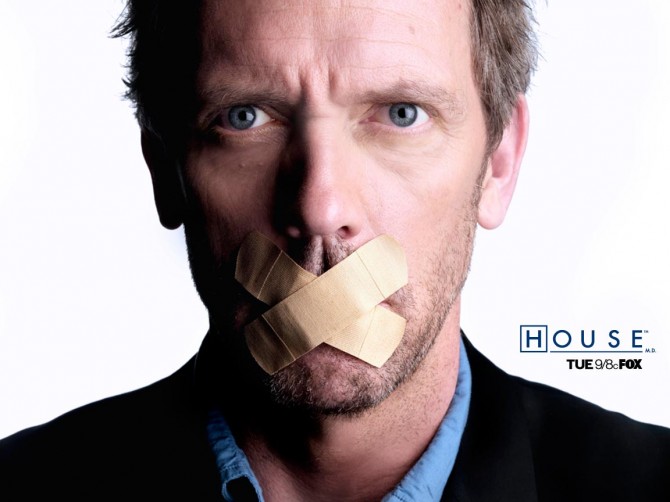 I got this info from Petapixel.com. I have been in contact with House director Greg Yaitanes to try to get a nice in depth interview but no joy as yet! Like you I have many questions as to how that got past the issues ox X,Y,Z. Many of which we encountered whilst shooting on DSLRs for Lucasfilm last month. But first this is the house news… 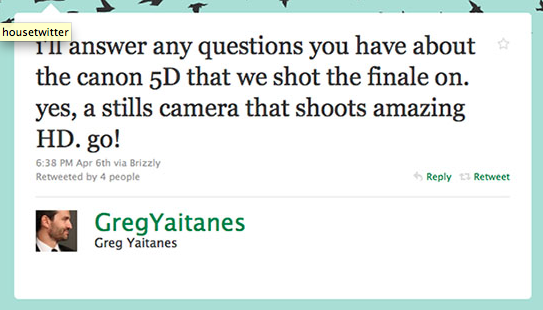 The season finale of the popular TV show House, which will air on May 17th, was filmed entirely with the Canon 5D Mark II. cinema5D overheard the plan last month and Greg Yaitanes, the director of the show, has confirmed it through a tweet in which we made himself open to questions.

Again thanks to Petapixel.com for this. 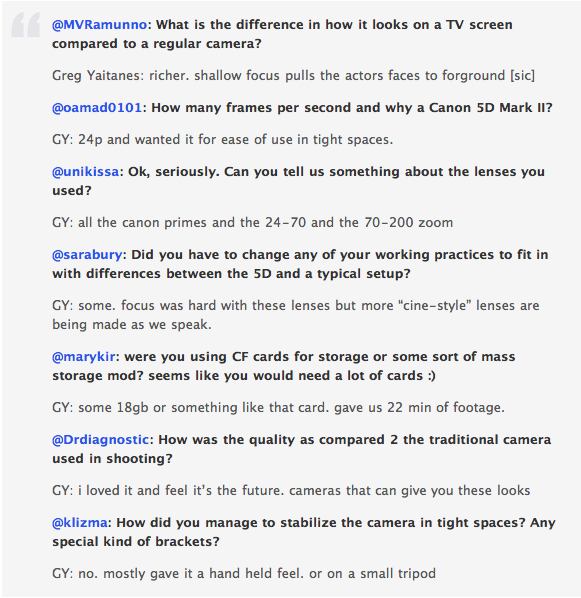 Personally I cannot wait until May 17th. This will be a big day for Canon DSLR users like myself.

Interesting that they used Canon lenses. That is what we used mostly ourselves, although there are some very cool looking new Leica and Zeiss lenses coming out for the Canons soon. I myself had  a chance to use the Zeiss CP2s on set and very nice they are too.

I am itching to know how they got past some of the major 5DmkII issues I had whilst shooting a large project for Lucasfilm, we ended up using the 1DmkIV mostly due to the HD monitor out of that camera. I will be blogging about that as soon as I can.

On the plane to Vegas yesterday I had a very long discussion with the owner of a high end rental company in London and understandably when i told him I specialise in DSLRs he was not best pleased!

Don’t forget…this is a show that has been shot on 35mm film until now…this is a bloody big deal!

If I manage to get an interview with Greg I will post it here of course!