A big thanks to the the company that rescued my website! 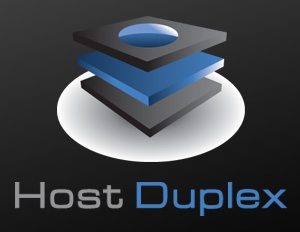 Sam Jadali of Host Duplex saw my site was offline and offered to help. He said he could get my site moved over to his company straight away and he created a special something called a special XenServer solution for me..

This really was not an easy task as Warewelch were not responding so Sam went over their heads as they bought their space from Heart Internet. Their Support team spent all day making phone calls, faxing and moving my site over to their servers and they eventually got the domains transfered too all the time my previous hosts still had not replied!

Sam and his team worked pretty much solidly for 2 days going through the red tape and headaches of moving the site over without the cooperation of my previous hosts. Eventually they did reply and offered no apology and said it was my site that was at fault and nothing was wrong their end. I said to do the old IT Crowd trick of asking them to turn the server on and off again and lo and behold it worked. I put in my notice.

I can’t recommend these guys enough, they didn’t ask to paid for all their work, I just signed up to one of their packages which was not that much at all and ever since then my site has been just sweet! Check out their link below if you want to know more…big thumbs up from me!