For a great review on the T2i please check out Nino Leitner’s review here. Thanks for the photos which I stole from him for this blog 😉

I love cameras, anyone who knows me knows I have more cameras than one person could ever have a use for!

There is no need for me to buy the new 550D/ T2i. I have a 7D and two 5DmkIIs after all, I even have a 500d! So why would i buy one? I simply wanted to see just how capable it was as a video camera. I don’t care too much about it’s still camera abilities, apart from for timelapse, but it’s identical video frame rates to the 7D and that price tag meant could become a very popular camera in the mass market. I wanted to get one so I could review it, test it, be able to answer people’s questions about it which I am bound to get and of course shoot on it. After all I love shooting more than anything and this is a small, light, cheap camera. Just how good can it be?

I bought mine from B&H as soon as I saw it was available and in stock. Next day delivery and she arrived. I had to buy it with the stock lens as that’s all they had. Not a good lens. I recommend body only for sure! Just because the camera is cheap it doesn’t mean you should buy cheap glass for it! Anyone want that lens?! 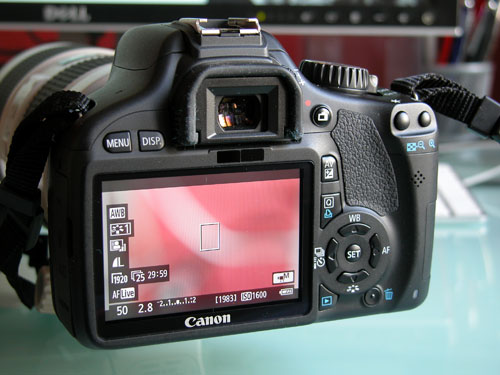 First Impressions: Wow it’s light! Really light. The 7D and 5DmkII weigh a bit, this doesn’t. Straight off I notice some things missing that I love about my pro cameras, the T2i is part of the consumer division whereas the 7D etc are part of the pro division. So what does this mean to you and I?

Build quality is good on the T2i but not in the same league as the Pro cameras. First off weatherproofing. I wouldn’t want to get the T2i wet like my 7d does all the time, even the 5DmkII with lesser weatherproofing is still very very good at it. Have left both cameras out in the cold rain all night, have had them frost over and they work just fine afterwards. I wouldn’t do this with the T2i. Like a Mogwai, don’t get her wet. Also it’s very plasticky, as expected. I have dropped my pro cameras once or twice…oops. They survived fine. T2i…keep secure. Treat her gently!

Due to the smaller size we are missing some things I really miss on pro cameras. The dial on the back of the camera, the LCD panel telling me my metering, fstop etc on top. You get this info on the screen by half pressing the shutter button but I like having the LCD screen and miss it. The dial especially is a pain. I now have no individual iris and shutter controls. I have to effectively press a “shift button” to get aperture to change. 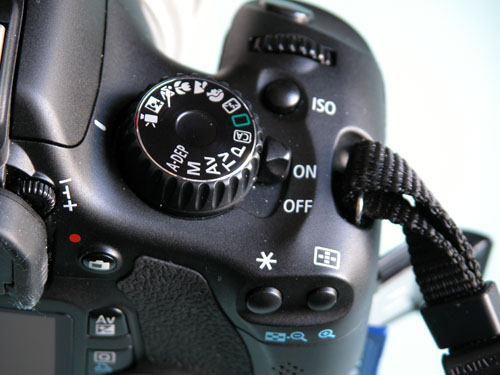 Image wise from my very limited tests the video looks as close to identical as I can tell with 30 minutes of filming. There may be a stronger difference and I am sure many people will do loads of side by side tests of this camera. I will over the next few weeks shoot more and more stuff with it and share my experiences. Last night I did some simple low light tests. Same shot at ISO 800 and 1600 on both cameras lit with candlelight. That brings me to another couple of things I am missing on the T2i. Manual white balance. You cannot dial in the colour temperature like you can on the 7D etc. Also ISO are limited to 100, 200, 400, 800, 1600, 3200 and the unusable higher ones. In tests recently I found the quieter ISO on the 5DmkII to be 160, 320, 640 etc…I haven’t done any tests like this on the T2i, but hopefully will get a chance soon.

The skater dolly I used in the tests was the Omni tracker slim line pro. It’s great and cheap. I also have the new Humble Monkey Camera truck. Both of which I will review fully soon. The Humble monkey costs more but is lighter…as I said review coming soon! 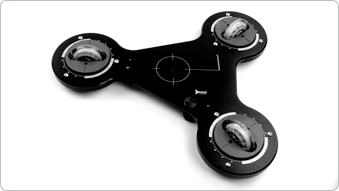 Frame rates are what we want 24p, 25p, 30p, 720p 50p, 60p. There is no manual control on audio unfortunately. Same crappy AGC we have on the 7D that looks like will be fixed on the new 5DmkII firmware. 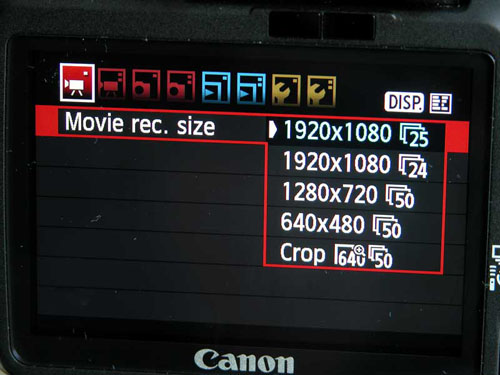 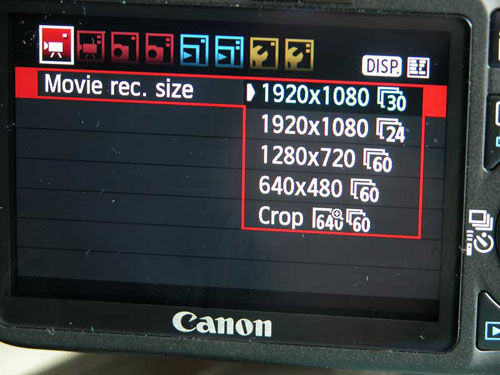 Timelapse is of course easily done on this, just get the right controller (7D one does not work on this camera). Below is the one to get.

There were a number of people saying should I sell my 7D and buy a T2i and use the extra money to buy glass. I would say no. Simply because the 7D is a robust beast that will take a lot you throw at it. It’s a pro camera with pro build. Yes, the video is bloody close to each other and I can barely tell them apart but it comes down to more than just video quality. It’s the whole package.

So what do I think about the T2i then? I think it’s superb. For $800 (Sorry people in England, I know pricing sucks there) you are getting a video tool that really is incredible. A great B camera for 7D and 5dmkII owners and I really do recommend having two bodies on pro shoots. It’s also a great A camera for people wanted to get into HD-DSLR filming, students, keen enthusiasts or people with an addiction to buying cameras like me! From what I have seen the video is excellent, the screen is slightly bigger and higher resolution that the 7D one but a Z-Finder still fits. Time will tell how well these two cameras will compare. For now just be happy that we live in incredibly exciting times and don’t whinge that it has more video modes than the 5DmkII or you just bought a 7D and this has come out etc…Canon have brought out a camera that blitzes the competition in the consumer market for HD video and beats all the other brands out there in the pro market with video too. This is a game changer for many. It’s just this damn game changes very often and it’s hard to keep up!

Do check out Nino’s review linked up top and also look at JJ Kim’s excellent comparison video below.

(For better viewing experience:
PLEASE PRESS PLAY AND PAUSE RIGHT WAY.
Wait for the grey bar to fill up, then press play)

Please watch in Full Screen if you can.