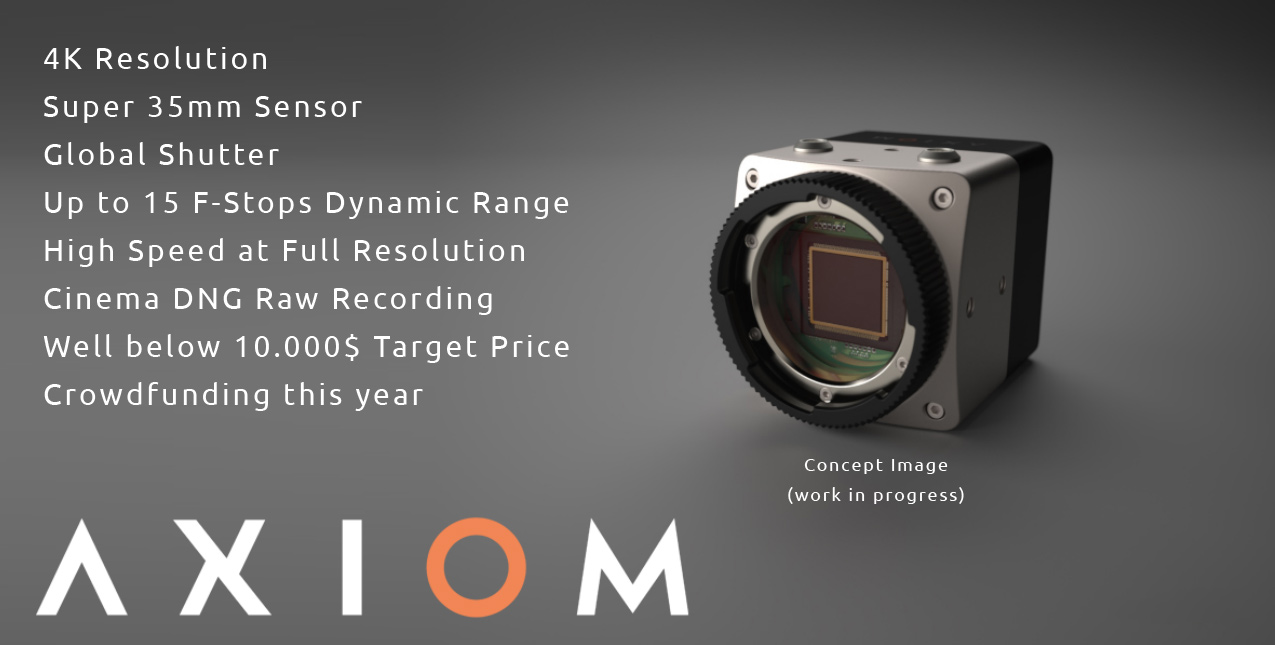 The camera industry is moving quicker than the amount of people leaving London to get away from the Olympics! 🙂 We have the unknown quantity, the Blackmagic camera (still hoping to get a review one), and the Digital Bolex challenging the big boys. The big question is whether these cameras will be any good…because if they are, the big boys will have to respond. Very interesting times. Personally, I think it’s great. Although I have always said the camera is just a tool, it doesn’t stop me wanting cooler yet more affordable tools for all! This one looks pretty great. Here is Preston with more…

An Ever-Changing Industry – What’s To Come

Things are changing fast in today’s camera industry. We, as consumers, are given new options for cameras ALMOST on a monthly basis! The adage of using the right camera for the right job still rings true but for the independent artist, that is not always an option. Many new filmmakers are forced to use what they own and attempt to make a living with this camera. I remember when I was buying my first camera. I spent over $12,000 which was ALOT of money at the time because I was still in University. Although I was able to pay it off through the work I was producing with it, that investment I made about five years ago is now sitting on the shelf collecting dust — and depreciating. It is the nature of the beast — one of the downfalls of being an independent filmmaker. I was lucky and was able to able pay it off. I have since upgraded. However, I personally know of a few people who have also made a substantial investment in gear with no real opportunity to make their money back.

I’ve been told by many people that you should only upgrade your kit IF there is a potential of increasing future earnings. I totally believe in this and at the moment would rather hire in gear for most projects than buy. Cameras are, for the most part, a huge investment and the decision to buy a camera must not be taken lightly. However, this is QUICKLY changing.

In the spring of 2006, the idea of creating a cinema camera based on an Elphel 333 was created by a member on the dvinfo forum. Fast forward to July 10th, 2012 and we have the Apertus Axiom — an OPEN SOURCE CAMERA using the Elphel body.

“The goal of the Apertus project is to create a powerful, free (in terms of liberty) and open cinema camera that we as filmmakers love to use. The idea of using an Elphel camera for this particular purpose was born in 2006, found many followers over the years and ultimately resulted in this community driven project entitled “Apertus”.

The goal is to create a modular camera system consisting of several hardware and software modules around the Elphel free software and open hardware camera to add all cinema relevant features that are required for shooting in-the field. Some Apertus modules deal with mobile power supply, physical camera control, live video preview, etc”.

“The idea of creating a cinema camera based on an Elphel 333 started in spring 2006 in the mind of a member of the dvinfo forum, who in March 2006 started a new thread called “High Definition with Elphel model 333 camera”. A lot of people got involved and the project grew and developed. As time passed this thread broke the 1.000 posts mark in 2009.

As the community gathered to create a website for the project the search for a unique project name was started. From several candidates “Apertus” – which stands for open; free; public; frank, clear in Latin – won the vote to be the project name from now on”.

What does this mean?

I will start first with a CASE STUDY before offering an opinion on what the development of this camera means.

OUYA is a new game console for the TV, powered by Android. With this console, developers will have access to OUYA’s open design so they can produce their games for the living room. The Ouya is intended to be open, and they welcome hackers – rooting it is easy, and won’t void your warranty.

Reps also claim that, “most creative gamemakers are focused on mobile and social games because those platforms are more developer-friendly“. Following this, they also state that, “[i]t’s time we brought back innovation, experimentation, and creativity to the big screen. Let’s make the games less expensive to make, and less expensive to buy. With all our technological advancements, shouldn’t costs be going down? Gaming could be cheaper!“

A Closer Look at the OUYA

Now the question is, is their a demand for this? Are there people that are actually interested in the idea of an OPEN DESIGN? At the time of writing this post, the project has already raised $4 million and they are only 3 days into the campaign! This is extremely impressive and a sign that there is a desire for an OPEN DESIGN.

Although a different platform, I think the above CASE STUDY is a good sign that the move towards an OPEN SOURCE CAMERA is a great idea. This project’s importance is not necessarily in the product itself but it what it signifies. If this camera / OPEN SOURCE CONCEPT does see the day of light, I believe it will impact the strategy and direction for camera manufactures. I believe it will force companies to rethink marketing strategies as well as price points because as a filmmaker myself, even the notion of being able to purchase an upgradeable camera system for UNDER $10,000 is VERY attractive.

This is definitely a project I will be keeping an eye on. On their site, they note that they will be starting their own kickstarter campaign later this year.