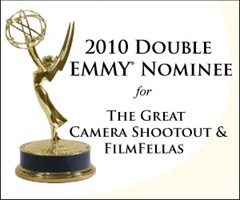 Great news, the Chicago Midwest Chapter of the National Academy of Television Arts and Sciences awarded Zacuto the Emmy for Outstanding Achievement for a Program Series. Let me make this clear, this is not a web award, this a an award where it was up against TV shows. This is a huge deal and shows that web content is being taken seriously.

This is such a well deserved win. I know how much work went into this as I was of course part of the behind the scenes and in front of the camera team

A great speech by Steve below.

Zacuto wins the Emmy for “The Great Camera Shootout 2010” from Steve Weiss on Vimeo.

The National Academy of Television Arts and Sciences awards Zacuto the Emmy for it’s web series.

Big thanks must go to all involved in every aspect of this epic production, and especially to the editor Daniel Skubal who did a superb job on a mammoth project! 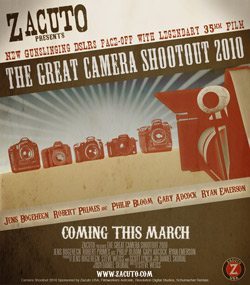