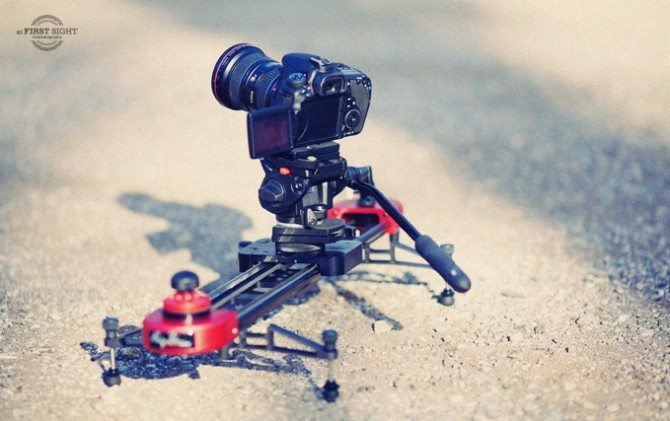 Wow…what an amazing response!! 42 films in just two weeks. Totally overwhelmed for what I expected to be a silly little competition has become an epic contest with some incredible filmmaking and creativity. I am utterly speechless and humbled. Eric Kessler too. If we could we would give one to each and every one of you a PB slider.

Honestly this is the hardest thing I have ever judged. Tricky too as I know some of the filmmakers who entered, some of them very well. I put my totally objective hat on and refused to be biased. Each time I saw a new one come in I thought, that’s the winner then I saw something else and I loved that too. Eric loved the one where every word was his name of course 😉

Well we have two prizes to give away. 1 pocket dolly Philip Bloom edition and the Red Giant Software Magic Bullet Suite. 1st prize gets the slider, runner up gets the amazing software suite. Eric and I had a lot of back and forth over this. Petter Misje made two awesome entries, the song was brilliant and funny (but mostly appreciated by guys and it made Eric puke at the suggestion of the song!), Andrew Gupta made two fantastic entries too…David Komer made a great little film, Travis Guerra made a funny film where he still insists I stole his ideas ;), Karen Abad & Angeline Gragasin made an INSANE film inspired by the INSANE Isabella Rosselini Green Porno series on Sundance Channel, Eric found that very disturbing but I think he secretly enjoyed hearing Angeline as Isabella as me having an orgasm over his picture…SO WRONG!!! Loved the TV shop by Sebastian Rombout, very clever indeed! Josh Alden made an epic film, Sara Parker made a very clever little piece in a very short time…the list goes on, the quality was just exceptional. PLEASE watch them all. They were great. Go to the vimeo group by clicking here.

I hope it won’t be too complicated to understand. We’re French native, and did our best for English speaking

The Kessler Kid from David Komer on Vimeo.

Daniel “The Karate Kid” Larusso unleashes his most powerful technique yet.

This was created exclusively for the Philip Bloom / Kessler Crane Short Film Competition.

It was a blast to make. Thanks Eli and Shalom!

For those interested- camera is 7D and lens is Sigma 30mm f/1.4. Lighting was all with one reflector (with two-shot a composite of 3 takes with reflector moved). I forgot the mic model- but it was going into the Zoom H4n. Rack Focus was done by hand while watching lilliput monitor. Tripod was non-fluid-head. Edited in FCP with effects shot (done by Eli Veffer) in AE. Script was written in Final Draft AV. Headband was drawn on an old cutup t-shirt using premium crayola markers- by my wife (Inessa Komer). Ninja Turtles shirt was bought at Target in the States 🙂

All shot on location in the Independence Park in Jerusalem, Israel.

To Philip with love from Petter Misje on Vimeo.

This is a contest entry to the Philip Bloom/Kessler Crane Competition.

Music/piano by myself
Lady/voice by… well… I can’t tell you that!

Before I met Kessler from Petter Misje on Vimeo.

This is a contest entry to the Philip Bloom/Kessler Crane Competition.

And me on the piano.

This is a contest entry to the Philip Bloom/Kessler Crane Competition. Filmed and produced October 10, 2010.

This is a parody of the product name and slogan “Wives, say yes to Kessler.”

This is a contest entry to the Philip Bloom/Kessler Crane Competition. Filmed and produced October 13, 2010.

Continuation of why wives will “Say yes to kessler”… (female logic, ask us if you have questions 🙂 )

So who won…it was so hard. I kept on tossing it between “Bloom Porno” and “To Philip With Love” and the fact Peter made two great films was swinging it his favour. His song was awesome, the singer was lovely with a lovely voice. It was my winner for a long time. But the work that went into “Bloom Porno” was so amazing. The attention to detail was beyond brilliant, from the replacement of my banner photo to cut outs from my short films. Amazingly written and performed by Angeline  combined with Karen’s golden touch as a filmmaker swung it their way in the end, which made me feel awkward as I know them so well. But should I deny them first prize because of that? That seemed unfair. Eric agreed and the amount of views of the film dwarfed all the others on Vimeo so it felt the right thing to do…I hope you agree that it was just superb filmmaking on every level and especially if you watch the inspiration for it. The fact it took the piss out of me cracked me up. I take the piss a lot and if you can’t take it then don’t dish it out and the girls laid into me completely and it cracked me up. So girls. You win my slider. You are gonna have to cut it in half though am afraid…just the one!! Ouch!

Petter, sorry mate. SO close. It was just genius, both of them but you were beaten by a hair. Literally a hair. I hope the Magic Bullet Suite you win is good compensation, it’s amazing and contains so much great stuff and it costs $800 to buy!! if you want a PB dolly, drop me an email and I will get you the best discount I possibly can and move mountains for you as I feel so bad as yours was my winner for a long time!

OH and there is now a third prize and this goes to Travis Tindell for his “All aboard for Kessler”, watch it carefully. he plays ALL the characters. Nice job mate. You win a $100 Kessler Voucher!!

All Aboard! for Kessler from Travis Tindell on Vimeo.

Tried to do it. Wasn’t very successful. Not enough time to put in the effort I would have liked to. Lots of key stuff missing here.

O well, worth a shot.

I will do a challenge again soon, so keep an eye out for those and if you are after a PB slider the next batch will go on sale in a week or so. Very limited supply as Eric only made a small run of these and was caught off guard by how popular they are. 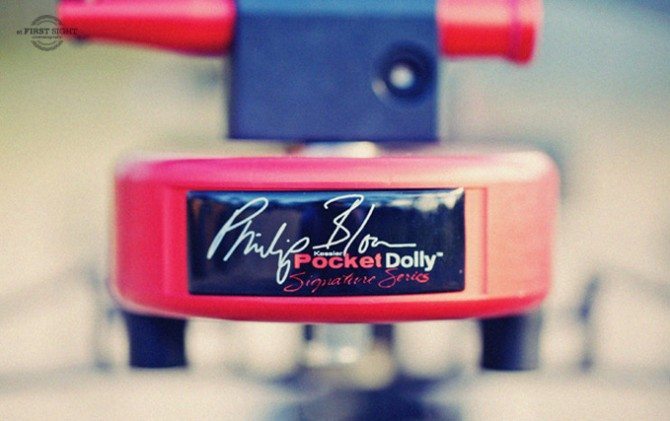 Oh and do check the awesome review of my dolly here!!

Once again well done to everyone who entered and a huge thanks to Eric Kessler for donating the top prize and to Aharon Rabinowitz of Red Giant Software for the 2nd prize!!