Sorry for the much delayed blog post follow up to my DSLR lens post but here it is finally, I waited until the AF101 was here.

This is for anyone who is shooting video, no stills, with micro four thirds cameras, chiefly the Panasonic GH1, GH2 and the new Panasonic AF series. Also all these recommendations are from 1st hand experience. I have used all of these lenses. There are SO many more I have not mentioned simply because I have never used them, like old Olympus lenses, Canon FD lenses etc…so if it’s no on here it’s not because it is not any good it’s most likely because I have never used it!

Micro four thirds is a different sized smaller sensor than APS-C , S35 and Full Frame. It may be smaller but it is still capable of controlled depth of field and of course that much loved (and loathed!) shallow depth of field. If you look at the sensor chart below you can see the difference between motion picture 35mm, full frame and the M43 standard…click on the image below to go to DVXuser post by The Reverend where this came from and where he lists more info about the differences. It’s also worth checking out my blog post on field of view of different cameras and what this means. 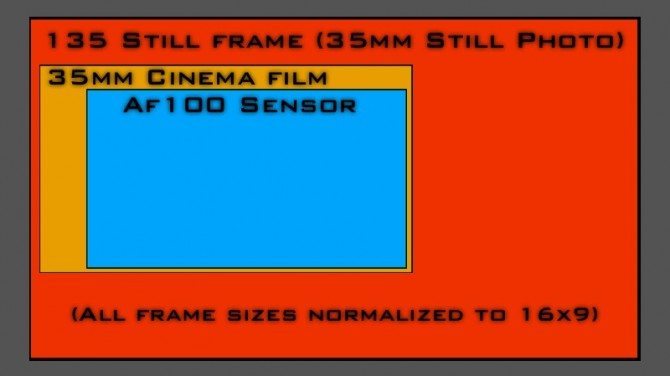 There are a number of people who will be looking at the GH2 or AF-101 and coming from different cameras and of course many who don’t own any format. Obviously if you are heavily invested in Canon EF lenses then the idea of switching to a new format is not particularly appealing! Likewise for Nikon users…but both are solvable (almost)…albeit at a cost and the Canon adaptor being more expensive. The reason is Canon EF lenses have no aperture dial, they are electronic and the aperture is controlled by the camera. Nikon lenses either have an aperture ring or they don’t (G series), if they are G series then you need a G series adaptor. The aperture is not electronic but controlled by a little lever inside the lens, the good G Series adaptors have the ability to change the iris from the adaptor. MTF services make great adaptors for all lenses, but they don’t make a Canon EF one that will you change your iris. 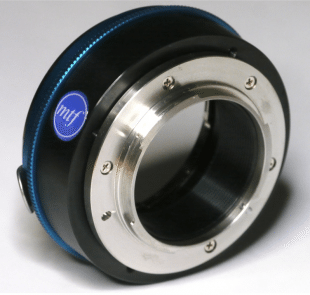 Canon EF users have three options. A basic adaptor without any frills which means you have to set the iris on your Canon camera, lock it down then take the lens off of the camera and put it on the M43 camera. A right pain. There is an adaptor which has a secondary iris which I did a blog on a few weeks back. It’s not bad. Not great, but a good middle ground.

Birger are making adaptors for the AF101 that can be remotely controlled iris and focus and ones that can be controlled by the camera. These aren’t out yet so I haven’t tried one yet. I believe we are looking at around $800 for the one that integrates with your camera.

So which lenses are essential? Which ones are worth getting if you can afford them? What are the budget options?

I have always been an advocate of just using one lens to shoot something with if you are starting. Many of my personal pieces are shot with one single lens! On a 5DmkII that is a 50mm lens, on a crop sensor that is more like a 30mm/ 35mm and on the AF101/ M43 then its a 25mm lens.

Tthe lenses designed for the micro four thirds standard and the four thirds stand themselves…some of them are optimised for video with their autofocus and some aren’t. To be honest I am not an autofocus guy so I haven’t tested any of these lenses out for autofcous I am afraid. I know this will disappoint some but I am sure with a letter bit of searching on forums you can find out how these lenses perform with autofocus.

The first Lumix lens I got came with my GH1 was the 14-140mm . It’s pretty slow and not a constant aperture, F4 to F5.8. So not ideal but it does have a good range and is often bundled with cameras.

The two best four thirds lenses out there, period are made by Olympus and are in their Zuiko range. They are four thirds so need the M43 to 43 adaptor. They are also expensive and hard to get hold of right now because of how good they are which means the price on ebay etc is inflated. The first one is the 14-35mm and the second is the 35mm to 100mm. Both are constant F2! They are incredibly sharp, there is no manual iris ring so it’s controlled within the camera which is not my favourite. They are also pretty bloody heavy, the big zoom is actually slightly heavier that what the the mount is rated as, so do be careful! They are in and out of stock on my Amazon.com store but also check B & H photo as they may come into stock there!

I used both of these lenses recently on my Turin Brakes music video shoot. The 14-35mm was the main lens used on this shoot.

Panasonic make some nice pancake lenses, the 20mm F1.7 and the 14mm F2.5. The 14mm in particular is very small and looks utterly ridiculous on the AF101 but who cares…it works! just not ideal if you want to stick a Mattebox and follow focus on it!!

None of the Lumix zooms are ideal as none of them are constant aperture (apart from one which I will talk about in a bit) They are good quality but for video you really need that iris fstop to be maintained throughout the zoom range, of course if you are on a budget you may well just have to put up with it!

My single favourite lens for the micro four thirds camera is the amazing Voigtlander 25mm F0.95mm. I have used it A LOT, I shot all of the little GH2 of my mum cooking with that one single lens. it also has an amazing minimum focus distance of just 15cm!

This lens is in HUGE demand and bloody hard to source. If you can find one, buy it…you won’t regret it. Just don’t pay too much for it. I paid a $1000 for mine, about right. It really is a great standard lens and you can shoot a lot with just this!

If you are on a budget the 20mm Lumix F1.7 is good as mentioned before or if you need something more substantial look at an old Nikon 28mm F2 and use with an adaptor. The Canon 24mm 1.4L is also superb but has that aperture issue, the other one to look at is the Leica Panasonic branded 25mm F1.4. A REALLY great standard lens but is four thirds so needs the adaptor for M43. It’s around $1000 and is generally in stock. It costs around $1000 but you are getting a superb lens and good class simply costs money am afraid! 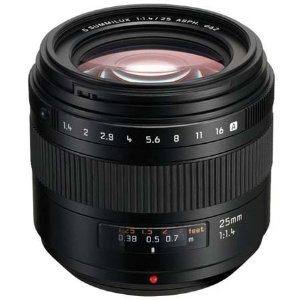 Wide angles are always going to be the challenge with these camera as the smaller sensor means your field of view on what was wide on your old camera may not be that wide on the m43! The best super wide angle lens is the Lumix 7-14mm (35mm equivalent 14-28mm) F4. It’s constant aperture. A little bit slow but really wide. But be careful with movement on the 7mm end. There is barrel distortion of course at that end but you can get away with it if you don’t move the camera! It’s a pretty good price these days too. You should be able to get one for under $850 these days… 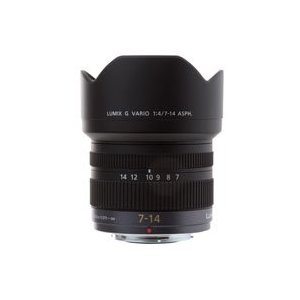 The best option for wide angle otherwise is the ever reliable Tokina 11-14mm F2.8, but make sure it is the Nikon fit so the iris can be controlled by the adaptor. It’s my number one wide angles lens for the Canon crops and a great lens for these cameras…of course not as wide as they would be be on the the cameras they are designed for but still pretty wide. It’s rare you will need something as wide as 7mm (14mm equivalent). If you look at my Turin Brakes video, even the big wides were just 14mm on the Zuiko lens.

Another great option is the Zeiss ZF lenses, they are the Nikon mount version so use the Nikon adaptor and you are all set. They have a manual iris ring unlike the Zeiss ZE lenses. That is why i bought ZFs over ZE for my Canons. Easier to use on other cameras.

So the top buys are the two Olympus lenses and the Voigtlander. This would cover all your bases but we are talking $5000 of glass here! Not that much in the grand scheme of things but more than the camera, but this is often the case!

Other options and one of the safest bets but more expensive ones, are the Zeiss CP.2 lenses. They have swappable mounts for EF, PL and M43. Pretty nice and the lenses are wonderful. They are just more expensive than all the others! But these are the Rolls Royce and most future proof of the lenses…I don’t own any..but I really need to start investing in them!! 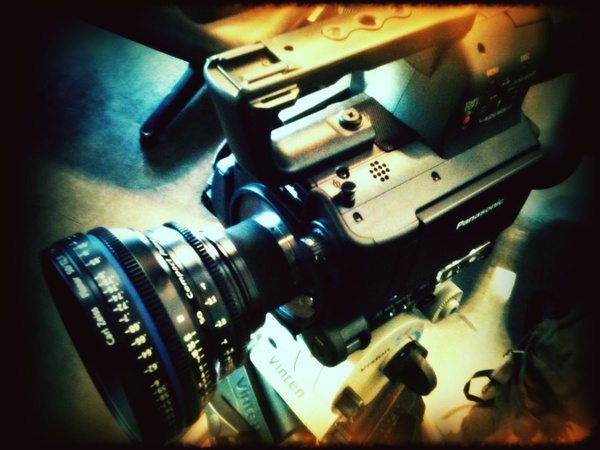 Just make sure if you do invest in lots of M43 lenses that you intend to stick with the format for some time as you won’t be able to put these cameras like the F3, Canon DSLRs and Nikon DSLRs… Once again the safe bet is old Nikon lenses…they work on anything! 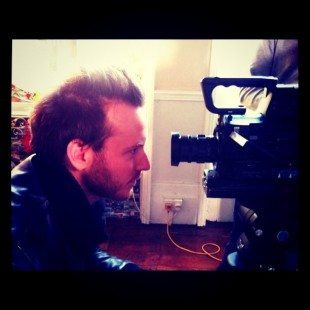