As some of you know from the A&E Intervention: Timelapse that I was TRICKED into doing, I am loving my timelapse with my stills cameras. I am using all sorts. My Canon 5Dmk2, 7D, 500D, Lumix GF1, GH1, Ricoh GR3. Used loads.

I was in the US and Canada recently, in Chicago to do the Great Zacuto Shootout and then in Toronto to see Sara. Whilst there I had some great views, both from my hotel in Chicago. The Sutton Place Hotel who gave me a great view after I explained what I wanted to do, my hotel in Toronto, the CN Tower and the Hilton at Niagara Falls.

When I shot my short film “Sky”, much of it was from up high too…but not through glass. Glass causes many issues, some of which I hope to cover here. 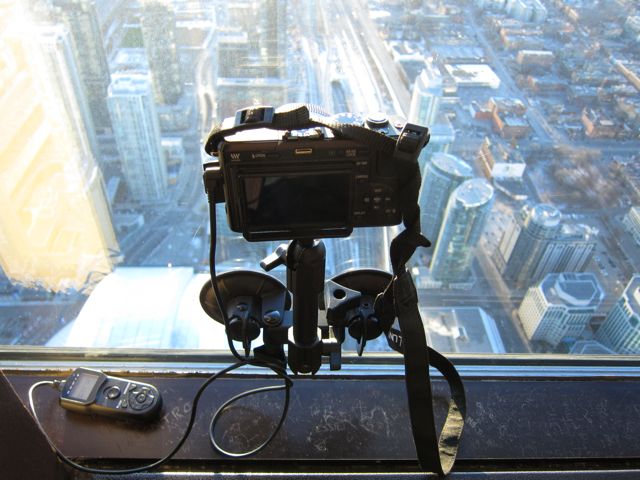 The main problem with glass is of course reflections. There are number of things your need to do to avoid them. A circular polariser is a good bet to help reduce them, but be careful as they sometimes show up weird patterns in the glass. I also make sure the lens is as flush to the glass as is possible. A Suction mount like the Delkin one above is very useful for this and will take the weight of a 5DmkII no problem. Make sure you have thick curtains to pull around the camera and wrap clothes, stick gaffer tape to around the lens, anything to reduce the chance of any reflections. These are often more visible at night and are often reflections from inside the room on the glass itself, that’s why it’s worth getting that lens as close the the window as possible. Sometimes you get double glazing. If this is the case you are often screwed. This happened at the Niagara Falls hotel and you can clearly see some of the outside lights reflecting on the internal part of the window. There is no real solution for that apart from shoot outside. But the joy of shooting these through windows is you can leave them going for long periods of time within being with them. Just make sure you stick “DO NOT DISTURB” on the door. There is one shot of Chicago in the below film that is 4 days long!

You also often find windows are dirty outside. If this is case best I can suggest is shoot the stills wide open in aperture priority as this reduces the visible dirt a fair bit.

I also use a Magic Arm and clamp to get up close and/ or a tripod leaning against the window, secured down with tape again.

For the 4 day shot I took 1 photo every 20 seconds or so in medium jpeg mode on the 7D using the tokina 11-16 f2.8 with a vari ND filter on with additional polariser. 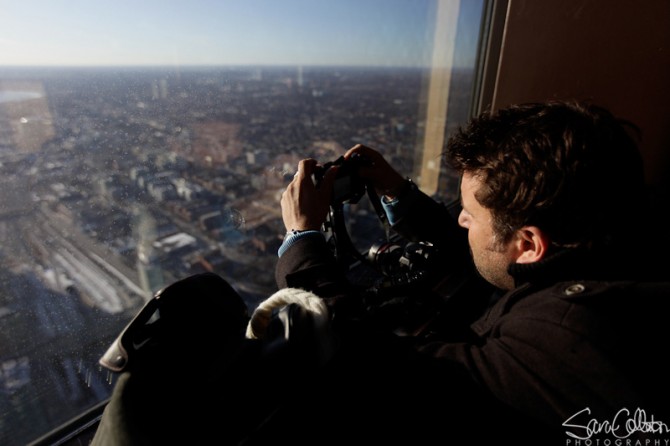 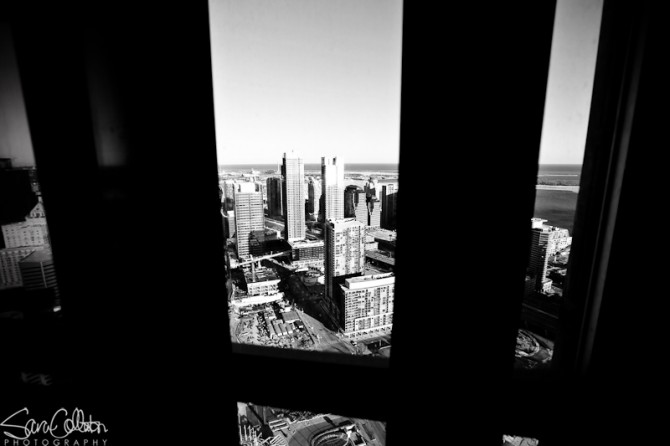 I had some pretty bad interior reflections on one of the CN Tower timelpases with the GRIII of people walking past. This was bound to happen, the camera was not flush to the window as I needed to point down. I used the CHV FCP plug in long exposure to make these barely visible and it worked well. I also had them on the 5DmkII, I used two hats to shield the lens from them! 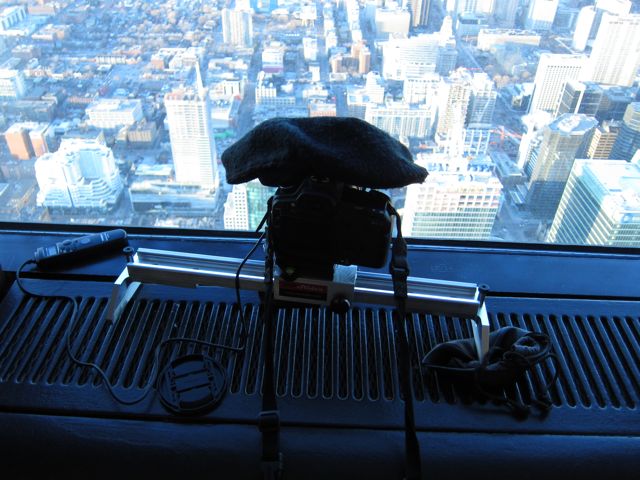 I go back to Skywalker Ranch at the weekend and waiting for me is the Kessler Crane motorized Cine Slider for moving timelapse. Can’t wait to try it out! It’s a BETA modified version of the below crank slider. Am also getting a couple of new rigs from Cinevate to try out too. Gonna be a lot of fun! 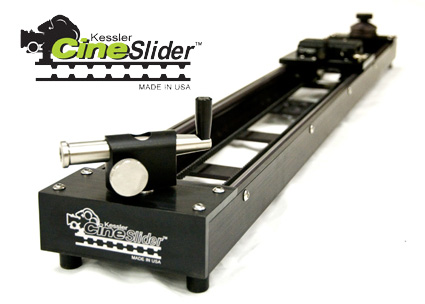 Below is my short film “Toronto Falls”, filmed in Chicago, Toronto and Niagara Falls.