The future of video DSLRs

OK…daunting post this…as things are moving so fast. But this needs to be said.

DSLRs have changed filmmaking for so many and when I say so many I mean an enormous amount. It’s insane just how many people are buying these cameras to shoot video on. It has taken everyone by surprise, including the manufacturers. Canon are of course at the top of the tree and the others are playing catch up. They have to, the market is just too damn big to ignore.

With the release of cameras like the T2i/ 550D it has opened up the market to everyone pretty much. So much so that I say to kids who email me asking about film school “have you considered getting together with a couple of mates, buying a T2i and a lens or two and shooting a movie every weekend?”. Best way to learn in my opinion. In my day film school was something I wanted to do (but didn’t in the end as I got a job as a runner at Sky) because I could not get my hands on gear. Too expensive. That has now changed…yes lenses, monitors etc cost money if you want the best. But you can EASILY shoot a movie with a T2i, an old Nikon 35mm F1.4 lens, a tripod and a cheap sound recorder with a shotgun. That’s around $1000 give or take…

Now we also know these cameras have some massive limitations. Sound recording in cameras sucks more than Telly Savalas sucked on his lolly. Moire and aliasing give me night sweats. Rolling shutter makes me nauseous. Crappy HDMI connections have driven me to hard drugs (joking!). H264 will make me go postal one day!! There are more issues but no point going over all of them, we know them, we live with them, we work around them. That is life. Always has been and always will be.

Will these limitations go away?  Sure. Mostly. I think. I hope so. Certainly we will get massive improvements, but I can tell you now…we won’t get everything we want for various reasons. First off we are NEVER satisfied. I know I never am. Give me 100mbs and I say gimme an HD Viewfinder, gimme an HD Viewfinder and I will say gimme a built in Nespresso coffee maker etc…Secondly, cost. THESE ARE STILL CAMERAS. We will not in the foreseeable future get for example XLR inputs and BNCs on DSLRs. In fact, I doubt we will ever see them on these cameras…why? Because THESE ARE STILL CAMERAS! 🙂

A lot of people forget this basic fact. That is most people who buy, for example a 5DmkII, buy it for stills. They don’t want video, don’t care about video and certainly don’t want the cost of their cameras to go up because of that damn video function. HD-SDI BNC, XLR etc would add a lot of cost and of course bulk. Photographers do not want this. That is why when the Canon 5DmkIII does come out at some point, who knows when, may not be for a year for all I know, then I expect it to be a refined version of the mkII. Less moire, less rolling shutter, clean HDMI out maybe…better audio? Not sure. Different codec? Maybe, but it won’t be a video camera. It will be a stills camera with a video function.

Of course that moves us onto the next evolution. Video cameras with these sensors in them. DO I WANT THIS?! YES PLEASE! I will be first in the queue. Panasonic and Sony have already announced video cameras with respectively a micro four thirds sensor and an APS sensor in them. Canon have been quiet so far but surely must have something to announce soon with the competition snapping at their heels. These cameras will most likely have HD-SDI BNCs, 4:2:2 hopefully, WAY better codecs, XLRs, no moire or aliasing etc…and of course much more. Downside? Cost. They won’t cost $800 that’s for sure. Yes, Sony have a $2000 camcorder coming out soon but it has none of the cool features we want, it is in fact simply an NEX-5 with a better body and a mic in. 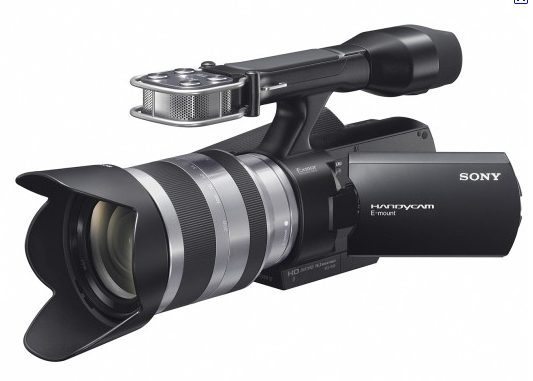 The Panasonic camera should be pretty affordable, way under $10,o00. I hear whispers of $6000. That would be great! it looks terrific and that sensor, if made more video friendly would be great news. There is a small chance I may be able to get to test this soon too….keep your fingers crossed!

I know very little of the more expensive Sony camera, but it will be exciting for sure. I have shot Sony all my pro life. My first home camcorder was a Sony. I shot Betacam for 17 years. I own 2 full size Sony camcorders and an EX3. I love Sony. They have to come out with something great surely? 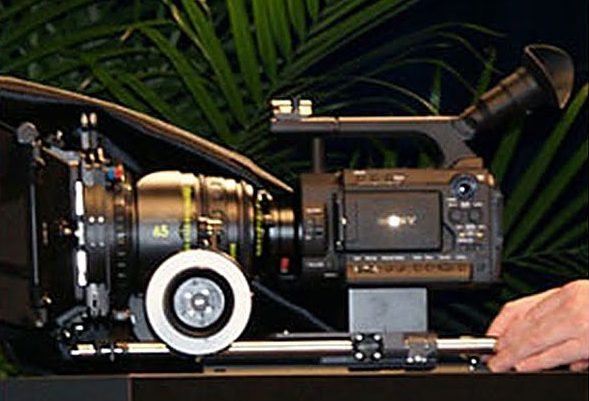 Canon I expect will answer this soon. APS-C is expected, they need to make these cameras PL lens friendly, like the Panasonic is. Stick a full frame sensor in it and say “hello vignette!” when you stick a PL lens on it. That’s why APS-C is the sensible thing to do. I am going to the Canon Expo in September. I hope something is announced then. After all I have a huge collection of lenses now, a massive investment. I can’t move to something else now. Unless these other cameras bring out EF mounts. Price wise? No idea, but going by the cost of their camcorders it won’t be cheap. But, we will get the bells and whistles we so desperately need. Hopefully.

Oh, and don’t expect a nice long reach ENG style lens for these cameras. Those sensors are big, not like the puny 1/3″ chips we currently have. To make a proper video lens for a large sensor will be very expensive and very heavy. A high quality zoom lens for my EX3 would cost me around $15,000 and that’s for a tiny 1/2″ sensor! It does make me chuckle when I see the photos of the Panasonic and the Sony cameras with Cooke lenses etc on them…99% of people buying these cameras will not be shooting with Cooke’s or other PLs for sure…still lenses will be choice of the majority.

Where does this leave video DSLRs? Is this fad over? NO CHANCE. Video DSLRs will be with us for a hell of a long time to come. Students, indie filmmakers, event videographers and so many more simply won’t be able to afford these new cameras. The tech will improve and some of the issues will go away. Some will be here for a long time to come though. But of course we are working with these limitations right now and incredible work is being done by so many despite them. This will continue for many years. Also, take this job I am on now. I am shooting lots of timelapses as well as video. I can easily put 3 or 4 bodies in my carry on luggage and it takes up no space and is less that the cost of, probably, one of these new video cameras with large sensors. The small size is a massive plus for me. I can also see the day soon when I travel with a new large sensor video camera and still bring a couple of DSLRs with me, second and third angles etc…it simply makes sense.

So when you hear people say, “is this the end of that DSLR fad then?”, tell them no. This “fad” is only just beginning. It’s just going to get better and better. Yes, I cannot see “House” or other major players choosing to shoot on DSLRs if affordable ($10K is affordable to pro companies) cameras are out there that do the job much better. But for the rest of us, DSLRs will be our main cameras for many years to come.