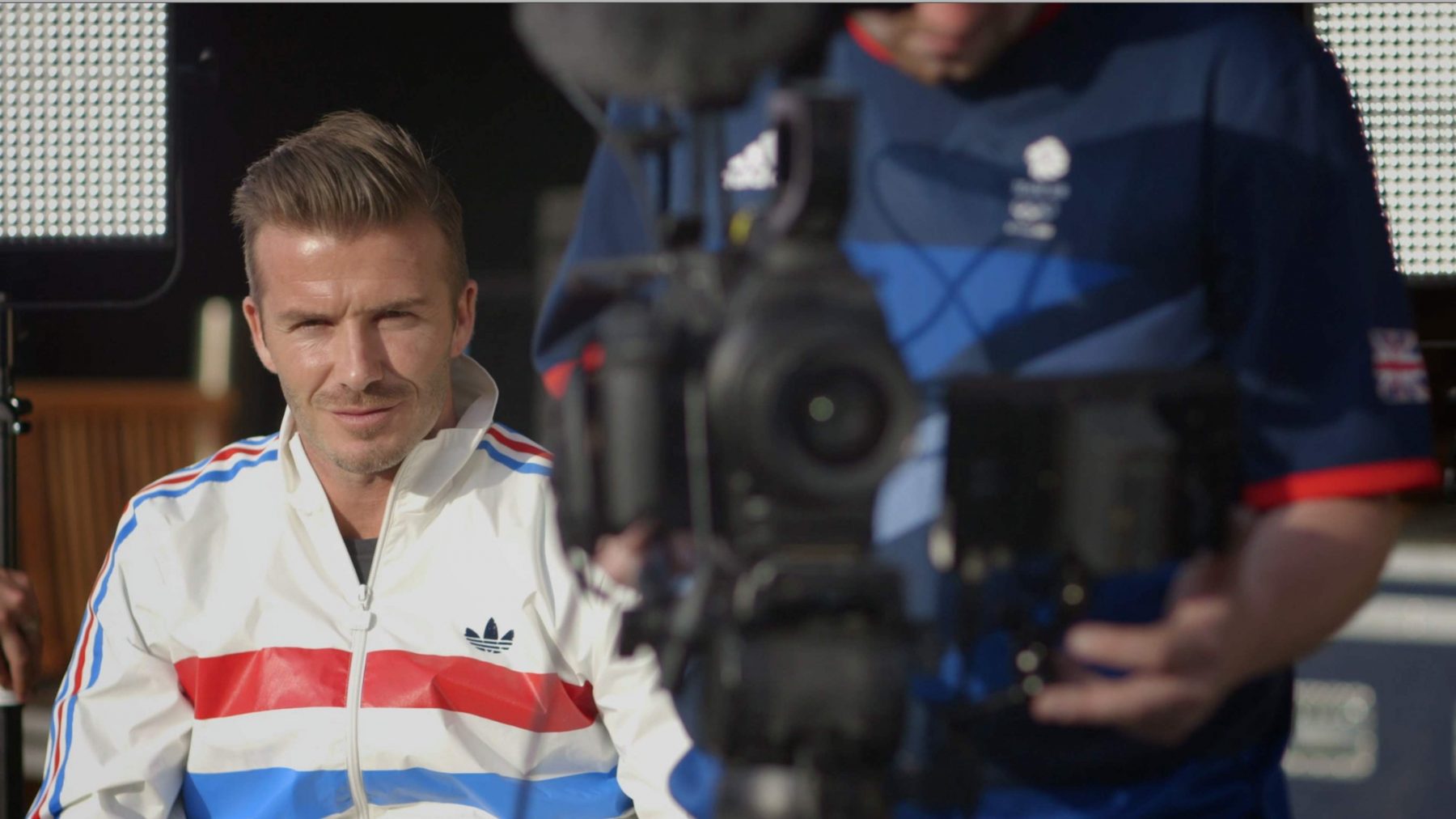 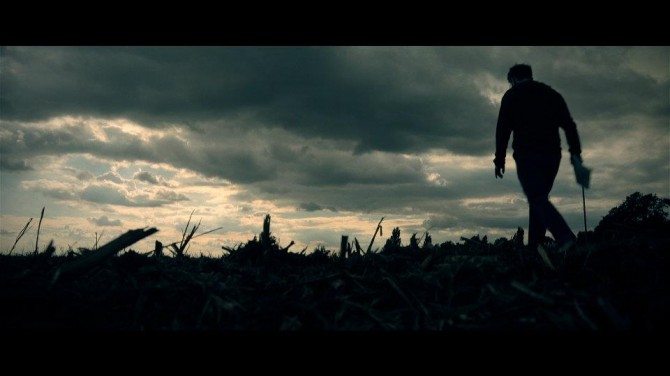 Olly Knights: If not now when from Philip Bloom on Vimeo.

Before I head off to LA to shoot a short fiction film next week, this was supposed to be my editing week, working on Olly Knights from Turin Brakes’ Documentary  and cutting the music video we shot on Tuesday for his debut solo single “If Not Now When” on the 1DX  (EDIT: I have now finished the edit of the music video and you can see it above…love that 1DX, all the narrative elements shot on it, the rest was on the C300. Great image out of that DSLR and will do a separate blog post on it very soon!) when a job I couldn’t turn down popped up….make a viral video for Adidas UK with lots of the medal winners from Team GB miming to Queen’s “Don’t Stop Me Now”. The concept was born out of the amazing performance of Team GB during the 2012 Olympics, and I was hired on Thursday evening with the shoot scheduled for Friday/ Saturday and a Sunday morning delivery – very full on! Adidas UK secured the rights to the song from the band, and all we had to do was make it!

With a great team put together by The 10 Group, I had two units, which for 95% of the shoot operated as two cameras to maximise our coverage in each location. My assistant Sarah Estela was operating the first unit with Ben Frewin on Unit 2 and the excellent James Davis on steadicam with Emilio pulling focus for him. Throw in a couple of runners, a couple of editors for ingest and logging, a couple of producers, sound guys for playback and we were all ready!

Naturally, the athletes were incredibly in demand and busy, so getting them to us was always going to be logistically challenging and very much a case of them arriving and us just going for it. It was a great fun way to shoot. Hugely challenging with lots of thinking on your feet and making the most of the locations we could squeeze into at a very busy Adidas centre at Westfield Stratford. 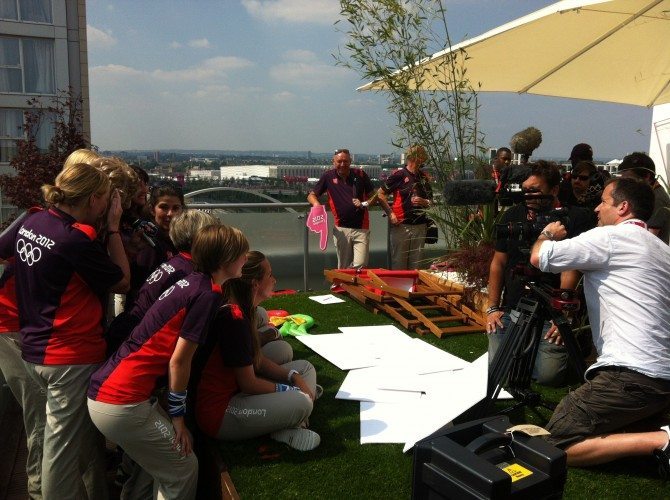 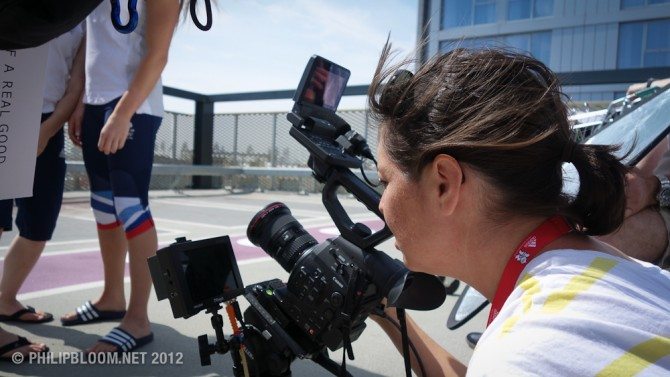 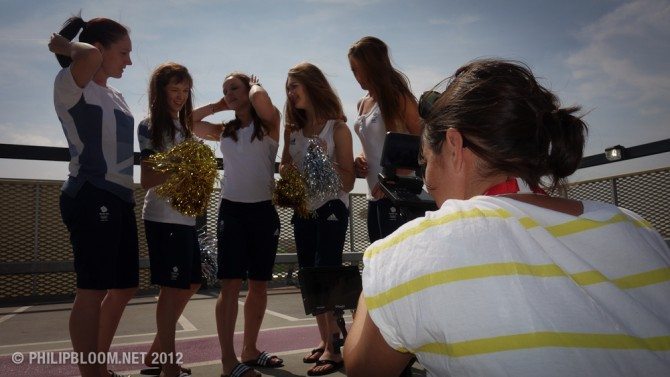 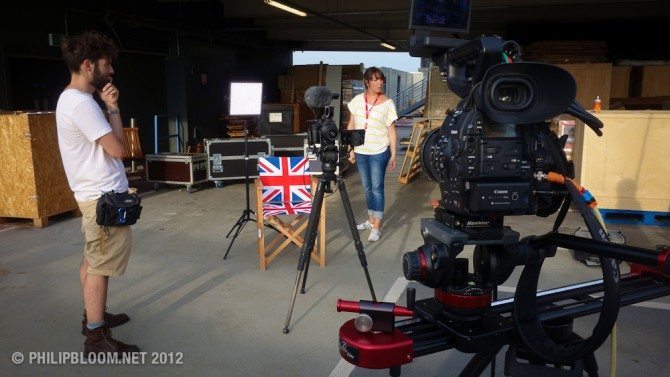 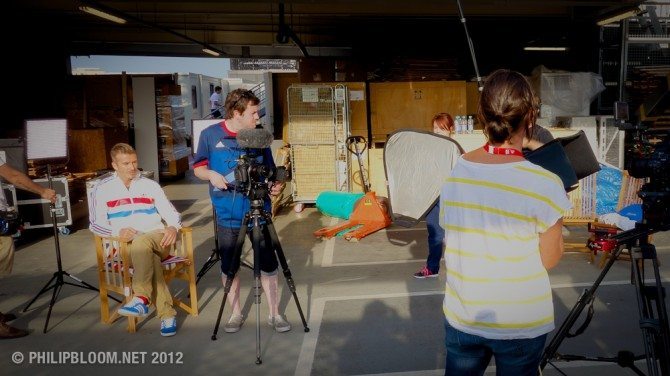 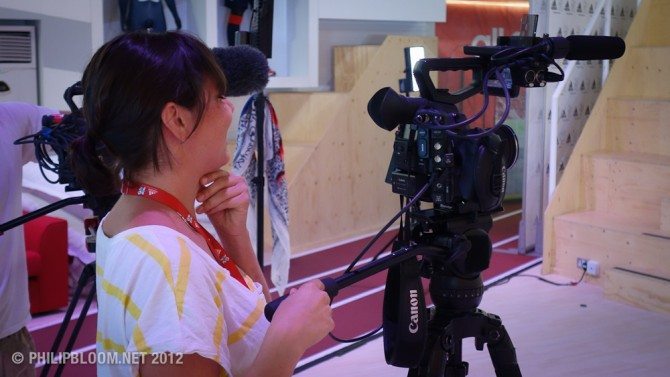 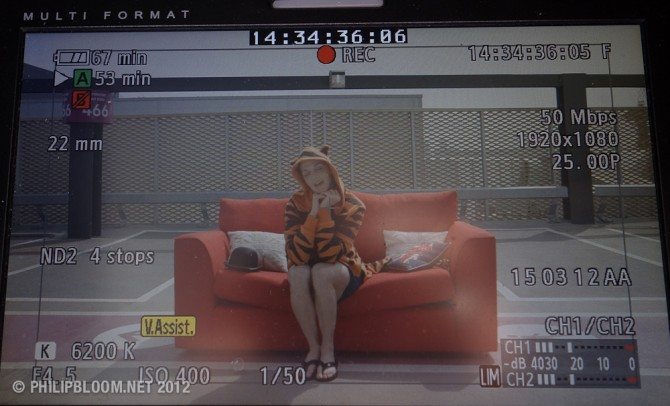 Shooting mostly on C300s (Jessica Ennis was shot by another operator on the mk2) and on two very sunny days was an absolute blast. Personally, I knew the lyrics to the song by heart (but then again I am an old bastard who grew up with the song) and most of the athletes were naturally not born when the song came out, so that made the lip sync a little tricky (although some of them knew it from Shaun of the Dead!)

We had massive cue cards to help, a few painful attempts at me singing it to them to get the pace and timings, and of course nice loud playback. Essentially a lip sync music video with lots of people, quite the opposite of my sedate, moody video with Olly just a few days earlier!

Sarah did a cracking job as did the rest of the team in making it all work with a very tight time schedule. Sometimes just 15 minutes or so to go through a song 2 or 3 times was always going to be a massive challenge, but these are things that I thrive on, along with trying to make things visually as different as possible, as much was filmed in the car park!

Adidas were a terrific client to work with, really into it, and let us do some very silly things at times! If only I could have managed to sneak some trainers out from them (size 9), love those new knit ones! 😉 The athletes were also terrific sports and really got into it, gotta say I have a soft spot for Laura Trott now!

I also make a cameo in my directors chair at the beginning and end, some people say I look a lot like David Beckham…I don’t see it myself…that actually was the only shot I operated the camera on using the good old Philip Bloom Kessler Crane slider! 🙂

I hope you enjoy, naturally more time is always wanted on jobs like this (you can never have too much time!), especially in the edit, but you always work to what you have. Personally, I think it’s a cracking video that really captures the spirit of the past two weeks and the elation our little nation has felt at this incredibly proud achievement by Team GB, we won more medals than I have cameras…that is a LOT of medals! 🙂

I edited until about 3:30AM this morning then left it for Jack the 10 group editor to check with fresh eyes when I went to bed! A fast pass on colour correction was done with Magic Bullet Colorista II (20% of it or the whole suite with code bloom 20 at checkout!). I would like to go back and polish it, but that is me! 🙂

Enjoy the video below and see in the first shot of Chris Hoy why you should always get IS on your 70-200mm  F2.8 for those damn windy moments. That was all we had, and I kicked myself as mine was at home! Oh well!! Check out the slightly tweaked and warp stabilised version on vimeo below!