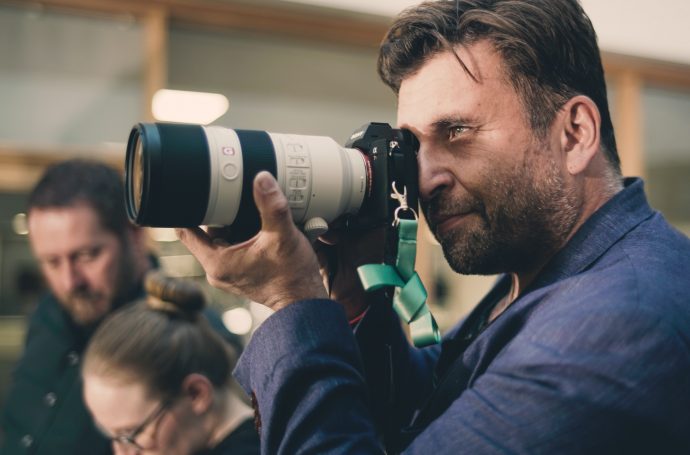 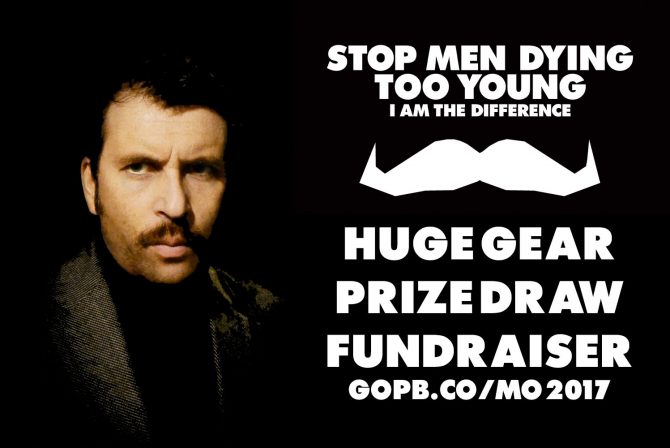 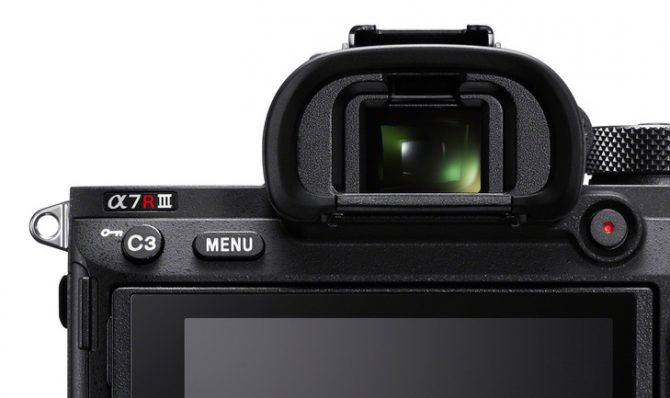 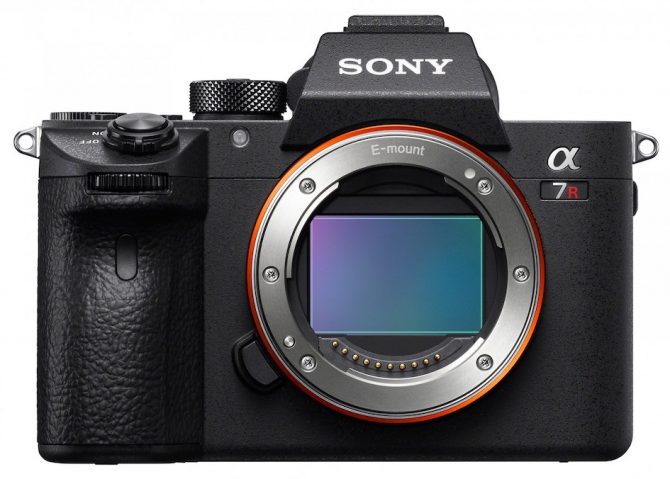 EDIT:Blog post with hands on downloadable examples for stills and video here https://philipbloom.net/blog/handsona7riii/

Sony have just announced the upcoming release of their A7R III camera as well as two new lenses. As of writing this I haven’t had a chance to see or use them, although this afternoon I will be getting a chance to try them out and I will upgrade this blog post after this and when I get more info.

I love the A7R II, it’s my favourite Sony mirrorless camera, I have used it a lot in both my professional and personal video and stills work. More so than the A7S II in fact which produces superior video because of a number of reasons.

I take stills as well as shoot video and the 42.6 MP sensor is magnificent, way better the 12.2 MP sensor of the A7S II. The autofocus in both stills and video is much better with the A7R II than the A7S II, in fact it was the first Sony mirrorless camera that had what I would call usable video autofocus using phase detection, not as good as Canon DPAF but surprisingly good. The A7S II uses inferior, slow and inaccurate contrast based which isn’t good enough for video use.

Before you say that as a professional I shouldn’t be using autofocus in video well I will disagree with you completely. In fact I find it incredibly important for certain types of shots and when it works it makes my life so much easier. I did a 3 part in depth video series about autofocus across different brands and cameras that you can see here.

There is pixel binning with A7R II in video causing some aliasing and moire at times and the 120p is only 720p. Whereas the A7S II has no pixel binning in 4K, shoots 120p in (a cropped) 1080p and of course has the magnificent high ISO performance that has become synonymous with the A7S brand.

Both of these cameras came out in 2015, the A7R II around June with the A7S II a few months after that. The biggest improvements over the mark 1 version of the cameras was internal 4K recording and 5-axis in built sensor stabilisation.

Now we haven’t heard any news of an A7S III yet (or even the entry level full frame A7 II replacement)  but the A7R III is finally with us.

Whilst no longer the flagship Sony stills camera, that is the A9, it is nevertheless exciting that it is finally here…but are the improvements specs wise enough to make you want to upgrade? There are a few things I have really wanted from a MK III version and at this stage it is a little unclear if it has them.

Talking of the Sony A9, I have used this a few times since it came out and have really enjoyed shooting with it. It isn’t being pushed for video strangely as they bewilderingly left out and video profiles for shooting which is a real shame as the quality of the video is actually really nice. It does shoot a ridiculous fast amount of stills with no EVF blackout and has a 24.2mp sensor.

So what does the A7R III have specwise that looks good? It does use the same sensor as the A7R II but with lots of improvements.

HERE THE KEY FEATURES OF THE CAMERA

Sadly we only have 4K up to 30p and still 8 Bit. This is big disappointment.

What we do have is full sensor 4K (I am guessing with pixel binning) and a Super 35mm with no pixel binning over sampling 5K to produce which should give us a better 4K image.

It has S-Log 2 and 3 (SLOG 3 was missing from the A7R II) but unless it is 10 bit the wisdom of using SLOG is still debatable.

It does have a new hybrid log gamma  (HLG) profile though which sounds interesting, which effectively should give it HDR video where you don’t shoot log but still retain shadow and highlight information and have all your contrast and colours. This is the same as what the FS5 was given a few months ago in firmware. I haven’t actually tried it out yet but I should really!

We are also being told it has an increased 15 stop dynamic range!

H at upto 120 fps is available, I don’t know if this is full sensor or not, I hope it will be as the A9 is full sensor. There is touch screen autofocus tracking in all video modes using phase detection.

The battery life hell of the old system is gone, replaced with the way better Z batteries of the Sony A9. I was getting more than 2 times longer battery life with the A9 which is welcome addition to the Sony A line.

The excellent EVF from the A9 is also on the A7R III as well as a brighter  and higher resolution LCD which they say is viewable in bright daylight conditions.

It can shoot stills up to 10fps with either silent electronic shutter or mechanical shutter. There is a much improved auto focus with 399 phase-detection AF points covering 68% of image area, 425 contrast AF points and approximately 2 times more effective Eye AF. It is of course touch screen.

This from their press release sounds interesting:

Also making its debut on the versatile α7R III is a new Pixel Shift Multi Shooting mode, which takes full advantage of the advanced 5-axis optical in-body stabilisation to create beautiful true-to-life, super-high resolution composite images.  In this mode, the camera precisely shifts the sensor in 1-pixel increments to capture four separate pixel-shifted images containing a total of approximately 169.6 MP* of image data.  These four images can be composited together and processed utilising the new “Imaging Edge” software suite.  This ultimately results in a still image with overwhelming resolution and an unprecedented level of colour accuracy, and is ideal for photographing architecture, art or any other still life photography subject with many intricate details and colours.

The addition of a USB C port as well as the micro SD is a huge thing for me. I love to shoot timelapse and if you want to do more than 990 photos, the limit of the internal paid app, you have to use an external USB timer remote but that stops you using the port to keep the camera going longer which you can do with any USB battery. Both the micro USB and USB C support charging so that means the Micro usb one can be used for the timer whilst the other one is keeping the camera topped up power wise. Excellent news!

Pricing is set at approx £3200 (I don’t know if that is with or without VAT) and it will ship next month. 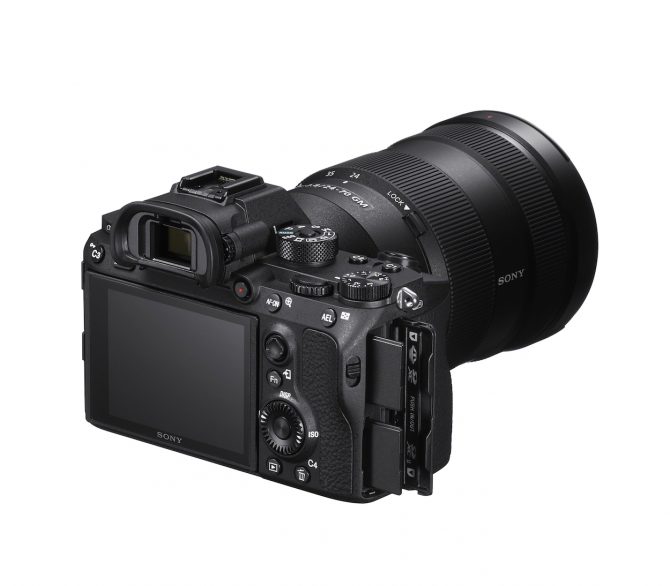 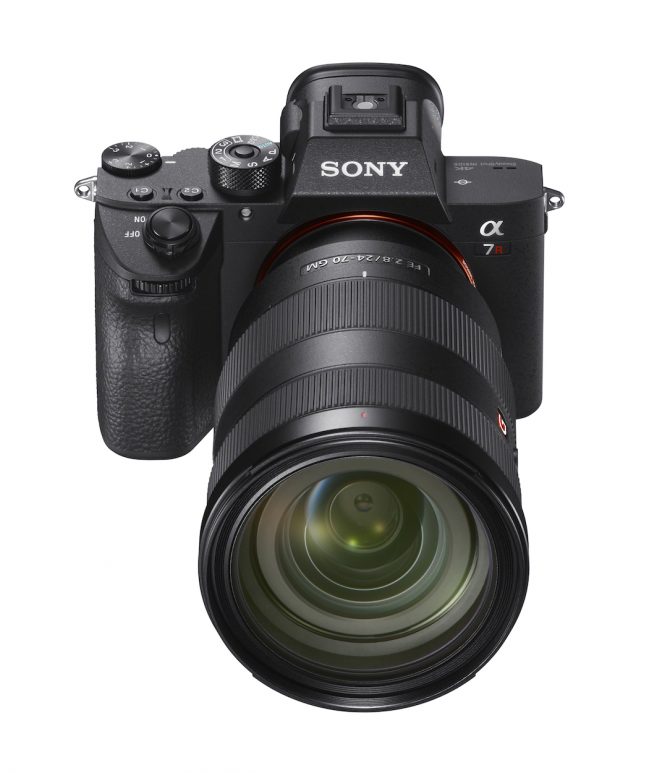 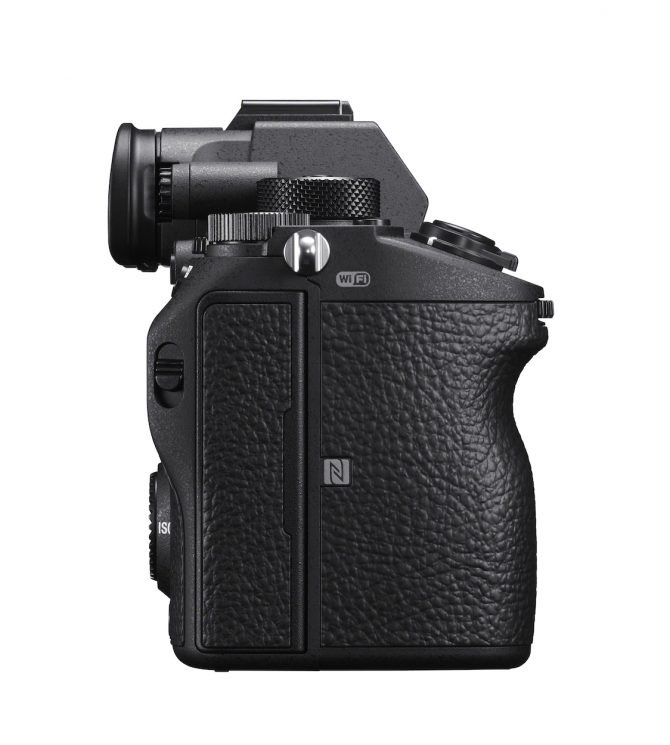 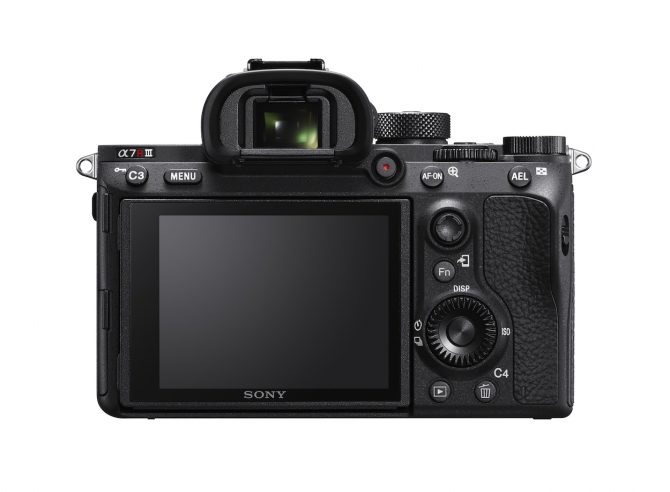 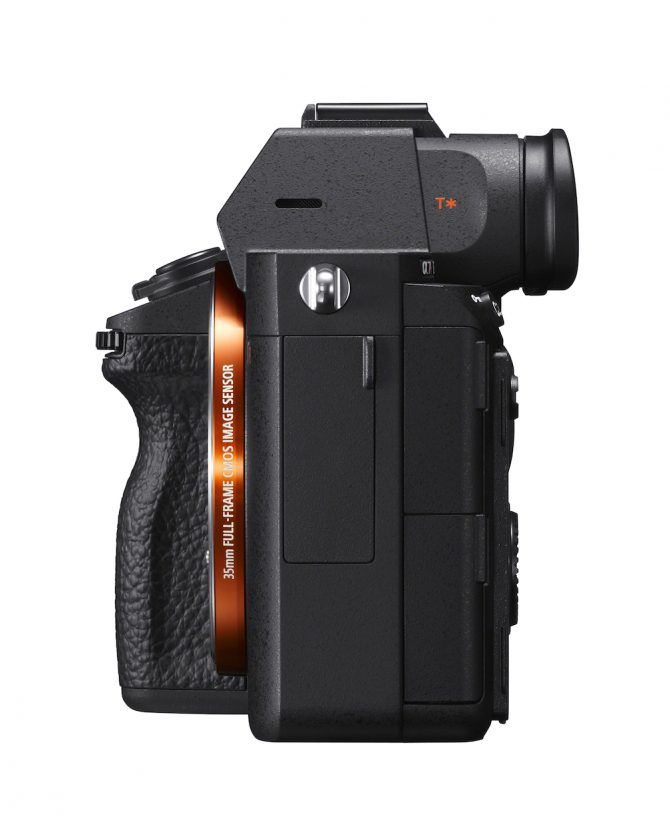 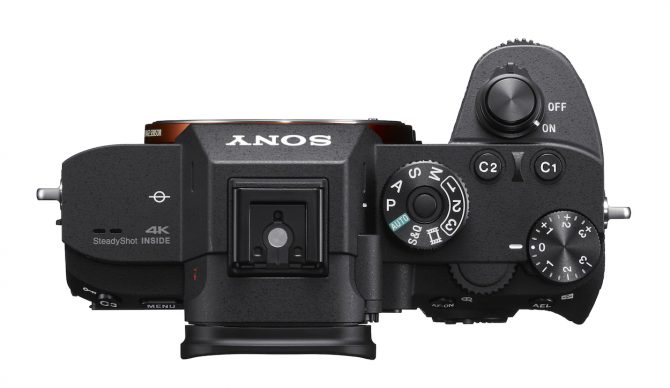 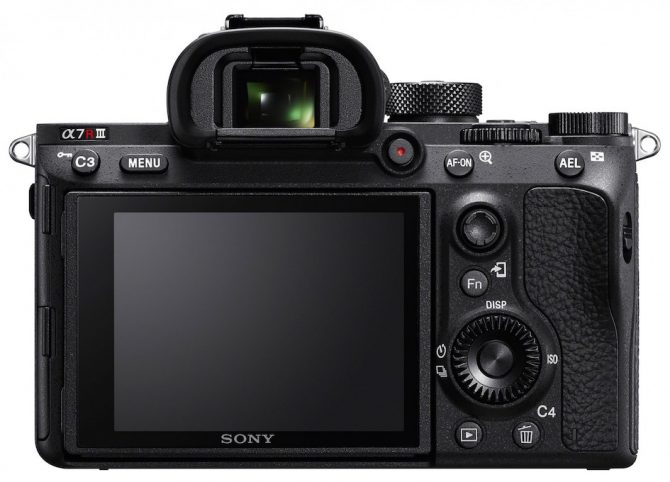 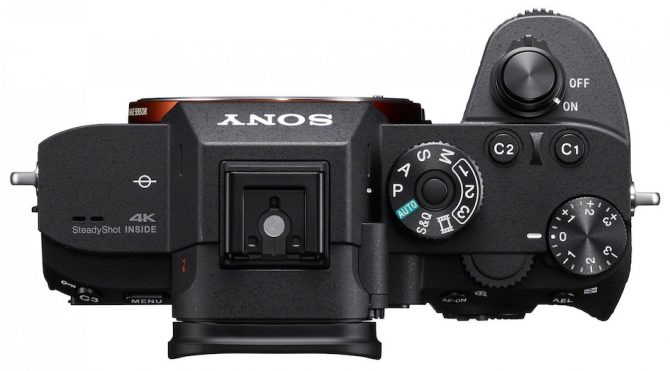 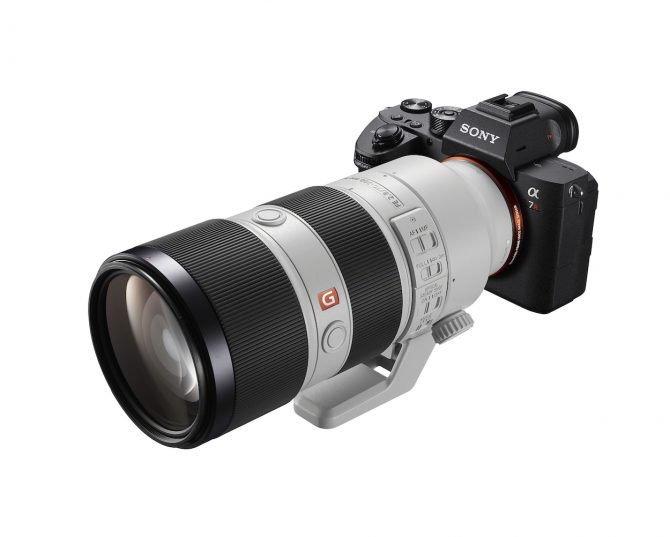 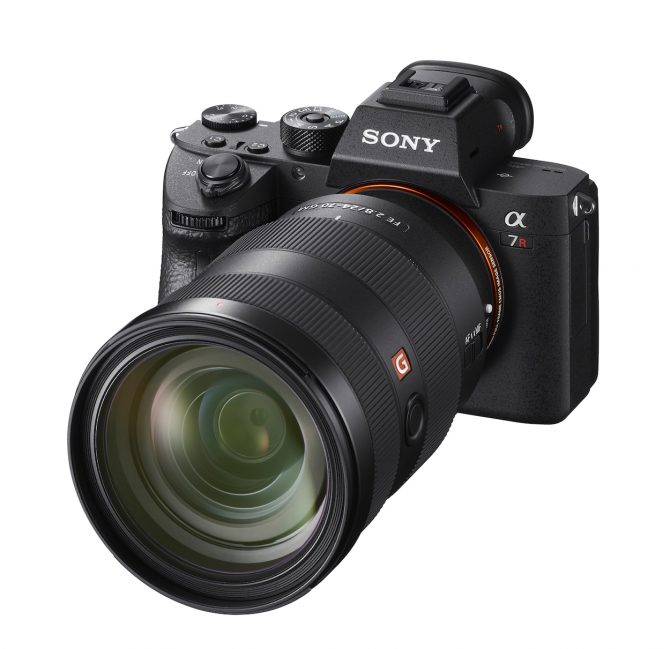 The 400mm F2.8 GM OSS lens there is little info on but won’t be available until Sumer next year. The FE 24-105 F4 G OSS lens is the key zoom that has been missing from their line up, it only weighs 663 grams, has a minimal focus distance of 1.25 feet and an apparently very fast autofocus. Priced at approx £1200./

I will update this blog when I have more info and had a play with the camera later today!