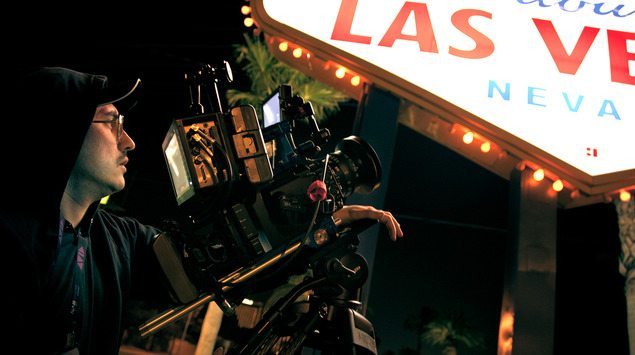 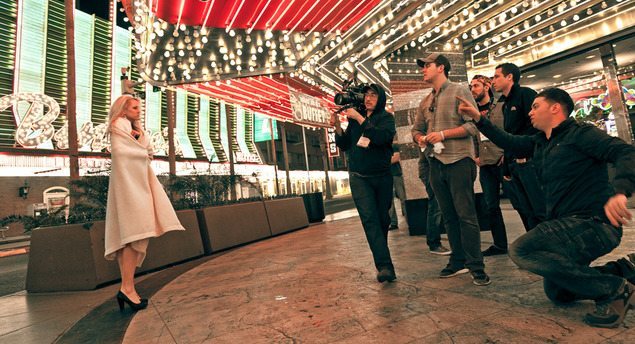 Yes I am still in Vegas. NAB did end about 5 days ago but I stayed on to chill out after my epic tour with Canonfilmmakerslive.com and the exhausting NAB. I still have a blog to put up of my highlights but before I do that this is pretty special.

I shot with the Sony F3 back at Christmas for fun with my sister. As a former EX1 owner and still a current EX3 user and also lover of large chips of the DSLR it was a lovely experience. Low light was simply stunning. So clean at 3200 ISO. But it’s handicapped by the in built codec XDCAM 4:2:0 35 mb/s. Using a Nanoflash, kipro mini or the new Atomos Ninja which I have just got to try out you can record in Apple Pro Res HQ 422 or other better formats but not uncompressed and not 444. For this you need to use the dual link SDi of the F3. For this to be enable you need the S-Log firmware from Sony which costs around $3000 or so and is due out late summer/ early Autumn. Combine this with a device capable of recording dual link SDi like the Cinedeck Extreme or the soon to come out Gemini from Convergent Design and you have a camera capable of recording 14 stops of latitude for around $20k (using the Gemini).

The image this camera is capable of as it is is superb. Seeing it in the Zacuto Shootout 2011 literally blew me away. It performed amazingly. But this takes it to a whole new level. So much so that I took the plunge. I went in with Eric Kessler of Kessler Crane and bought a Sony F3 from Rule Boston Camera and I also personally  treated myself to something I have been desiring for over a year now…a set of Zeiss Cp.2 s. I have the 35, 50 and 85mm…Don’t worry I am NOT abandoning DSLRs. Far from it. Cannot wait until the 5DmkIII or whatever it will be called and still will be shooting a huge amount on them. This is a different tool for different jobs and with the S-log bang for buck that is unheard of!! 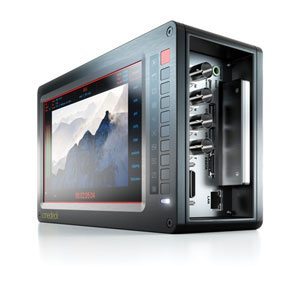 Next Level Pictures (Khalid Mohtaseb, Jonathan Bregel) in conjunction with loads of great sponsors and lots of very talented help managed to get hold of S-log early and shot for half a day around Las Vegas recording to the Cinedeck Extreme to show the difference it makes to the image. We are talking about 14 stops of latitude now, basically seen in the highlights. Information that was not there before is now. It’s exceptional. The job done by this team is terrific! That was the key, a team effort all working for the love of it and helped by companies like Kessler who champion these indie filmmakers. Do check out Next Level Pictures Blog here and take a look at their other work. Gorgeous! 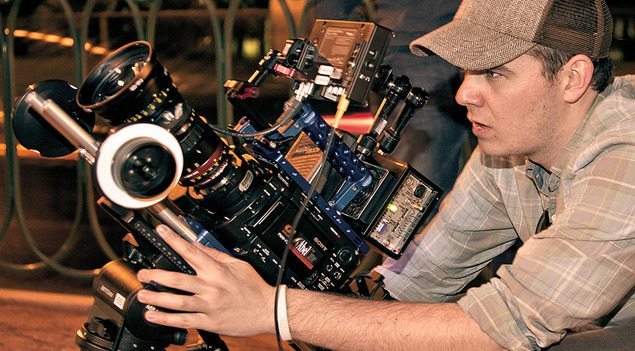 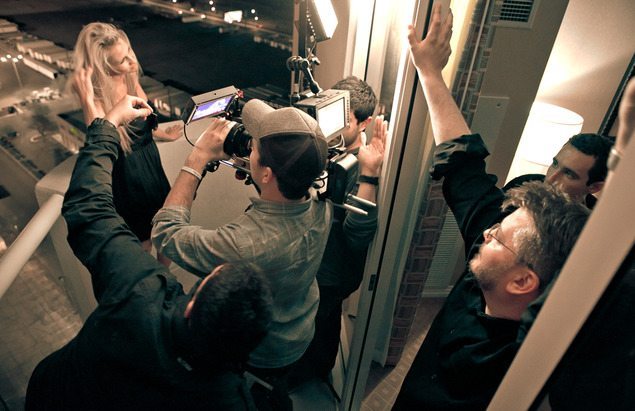 Sony F3 S-Log Test from Next Level Pictures on Vimeo.

New York City, NY (April 18, 2011) Next Level Pictures in association with Tstop Cinema teamed up with Abel Cine, Kessler Crane, Wide Open Camera, Angenieux, Carl Zeiss, Cooke, Tyler Mounts, and Miller to unveil the worlds first ever camera test using the Sony F3 with S-Log. S-Log isn’t scheduled for official release until late summer 2011 so we are proud to get our hands on the camera and put it through several latitude tests to include helicopter aerials by Vincent Laforet, vibrant Vegas city lights, and skin tone tests of two models in ten different locations throughout Las Vegas at NAB 2011. The crew of twelve had only ten hours with the camera to produce and film the entire project. The purpose of this test is to compare the latitude and image quality of the new S-Log firmware to native EX codec.

For a list of all crew and additional details go to:
http://www.nextlevelpictures.com/blog/2011/4/19/nlp-shoots-the-worlds-first-footage-with-the-sony-f3-s-log.html