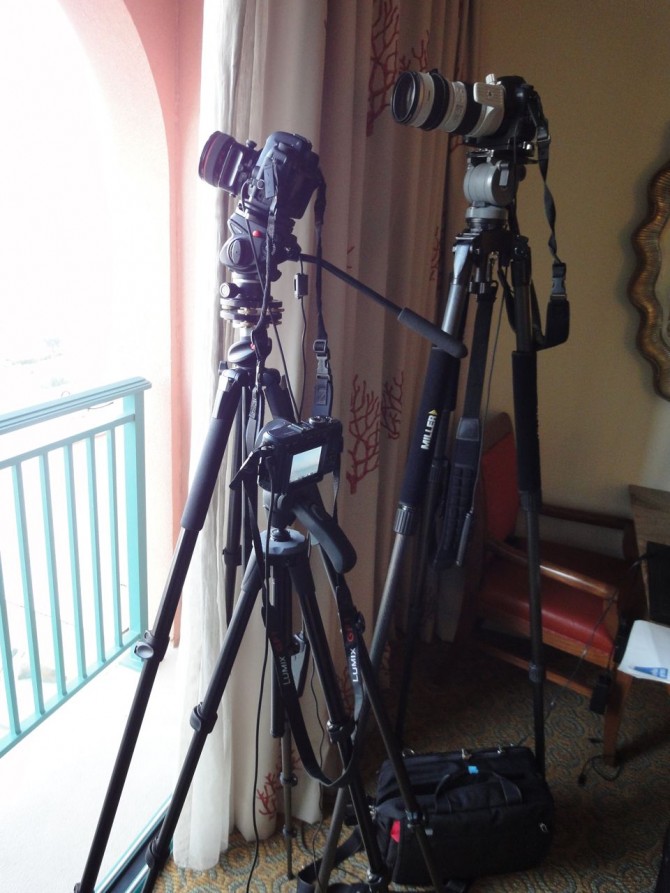 It’s the end of my Dubai shoot. We haven’t got everything in the bag so I will have to come back at some point to finish it off.

One of the best things I did whilst here was move hotels on my own money so I could have a killer view to do lots and lots of timelapses. I moved to the new Atlantis Hotel on the Palm Jumeirah in Dubai. Initially I was on the 4th floor and here is what I put together of some of my timelapse tests last week.

I showed them to my producer and he loved them, I said it would be much better if I could be higher in the hotel, so he made a couple of calls and I got moved to the 18th floor where the views were spectacular.

I also went out and did some other timelapses, from the ground looking at the same buildings as i could see from my room. Of the world’s most expensive hotel, also some of and from the world’s tallest building.

Both my 5DmkIIs and my 7D were used as was my Lumix GF1 which was used for a large number of the shots in this piece including the star timelapses.

I was mostly in aperture priority mode. The second shot was done over 24 hours from my balcony and the camera took a shot every 15 seconds. The others varied between 1 second and 4 seconds. Mostly AV mode but the shot of the Burj al Arab and the one from the top of the Burk Khalifa I had in manual so when it got dark it looked dark.

When shooting timelapses I find I tend to throw away about a third of them as they don’t quite work. But I am getting better, learning from my mistakes. After all it’s only by making mistakes do you improve! I am using a plug by CHV for FCP called Long Exposure which evens out some of the flickering. It’s very cheap. I also graded this strongly using Magic Bullet Looks. Don’t forget you get 20% off of MBL from Redgiantsoftware.com by using the code Bloom20

I mostly shot aperture priority mode to cope with the light change Sometimes in manual. You don’t need expensive cameras to do this. The GF1 is a cheap camera and there are even cheaper ones out there like some of the powershot series with built in timelapse. It’s great fun, very boring to shoot but ultimately the most rewarding. 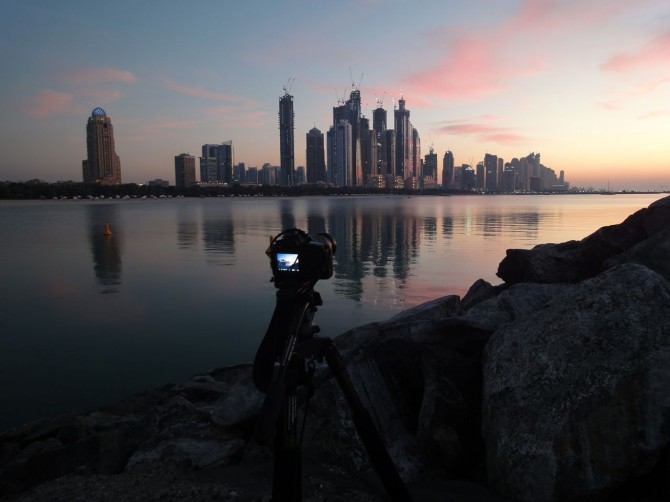 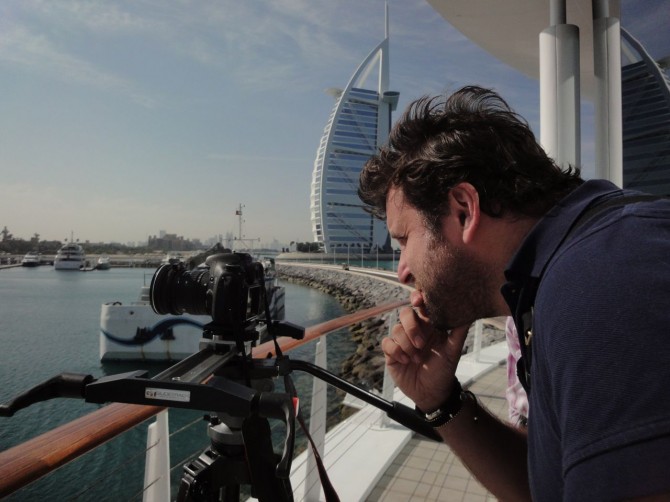 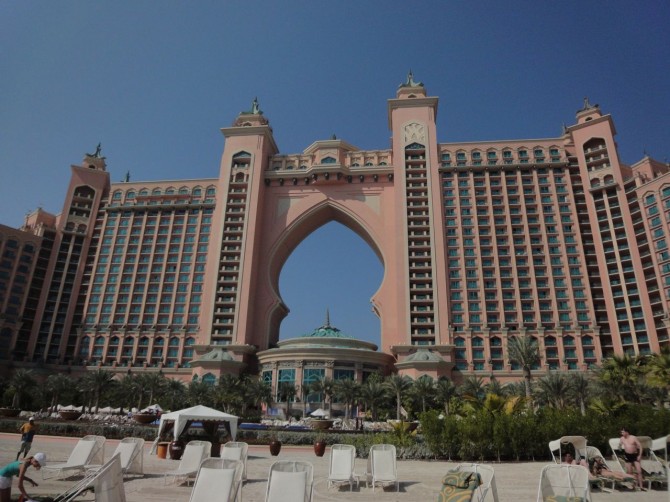 I must say that I really had a lovely time here. I enjoyed Dubai much more than last time. Big thanks to all the crew. To Arun, thanks mate despite the accident! Ryan, Elie. To Ian for hiring me again and to Graeme for being the jolliest man I have ever met.

I want to dedicate this film to Sky Vasser, daughter of my friend Vanessa Vasser whom I worked with on “Nightshift” who died at a tragically young age. I only met her a handful of times but she had enormous personality that I will never forget. My thoughts are with you Vanessa.

Sky from Philip Bloom on Vimeo.

Filmed in Dubai over 5 days and nights.

Shot on the Canon 7D, 2x5DmkII and one Panasonic GF1

Made in memory of Sky Vassar who died recently at a tragically young age.

Thanks to Media Prima and Talkabout Media