I was contacted by Noktor if I was interested in reviewing this lens for the micro 4/3 system. Naturally I jumped at the chance. Although being away from home I don’t have all my gear. My GH1 is at home but I have my GF1 with me. Not ideal as not as good at video at all, but still usable.

Ever since the lens arrived it has lived on my GF1 and the GF1 has lived in my man bag! It’s such a fun lens to shoot with.

Of course being 50mm on a micro four thirds give it an equivalent field of view of what you would get with a 100mm on a 5dmkII, so it’s not a very wide lens. Much more of a portrait lens which is not a bad thing at all.

Wide open obviously it isn’t super sharp, it’s what I would call soft focus dreamy, stop down to F1.4 and it’s surprisingly sharp.

It has a minimal focus distance of 0.6m, a filter size of 62mm and 8 aperture blades. I noticed that when stopped down a little the bokeh was hexagonal in shape but wide open was circular. Apart from from the edges which where more half moon. I actually was actually quite partial to this look…Check out these stills I took with camera below. Some are wide open, some are stopped down… 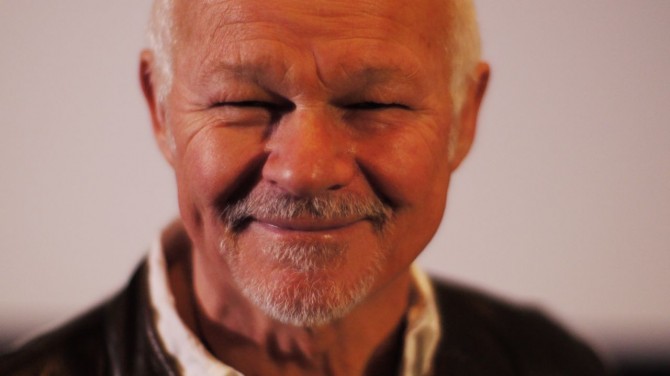 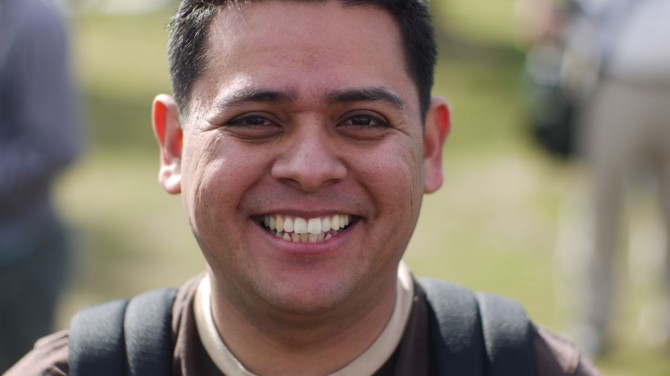 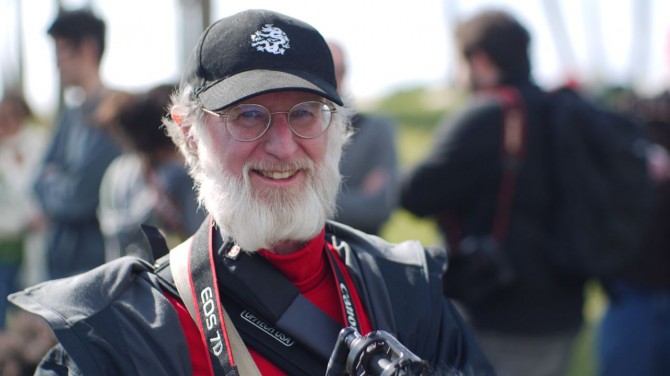 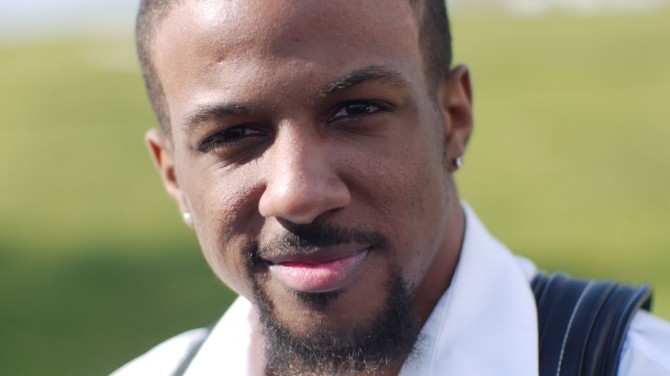 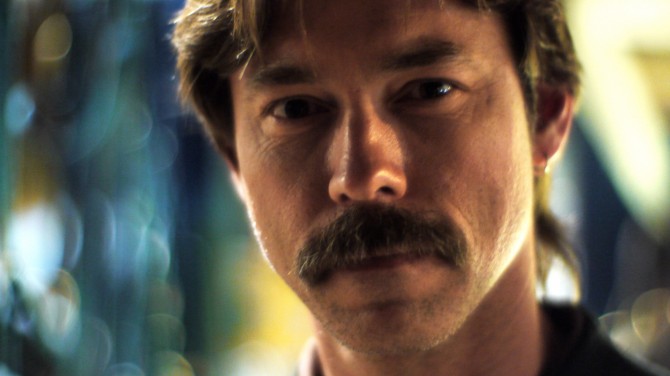 Shooting video with it on the GF1 was a challenge. With no manual controls in video mode I set the camera to shutter priority and 1/50th of a second which is optimum shutter speed for 25p. I set the ISO to lowest possible, set the iris it the F stop I wanted and using the Fader ND 72mm (with a 62mm step up ring) I got exposure and hit the exposure lock button so nothing could change. It’s a sort of way around the auto issues on the GF1. I also used a Zacuto Z-Finder, essential for me to get even close to focus with this lens!

The Fader ND  is essential if you want to shoot video on this camera or even stills and shoot wide open during daylight. It’s my HD-DSLR number one accessory.

The image was definitely sharper closed down but wide open I was very please with the image. I did a few tests shots under and on Santa Monica Pier. I really want to try and use this lens on the GH1 as soon as I can to see what it really is capable of in video mode.

It’s got lovely smooth iris and smooth focus, no vignetting and it’s not too heavy it has the right balance of weight for me and build quality is excellent.

All in all a very nice lens for the price, lovely to be able to shoot is really low light. I would love to see them make one for the Canons now! You can order one here, or at least be put in line for one!

For comparison below is a shot taken on the Leica F .95 50mm. 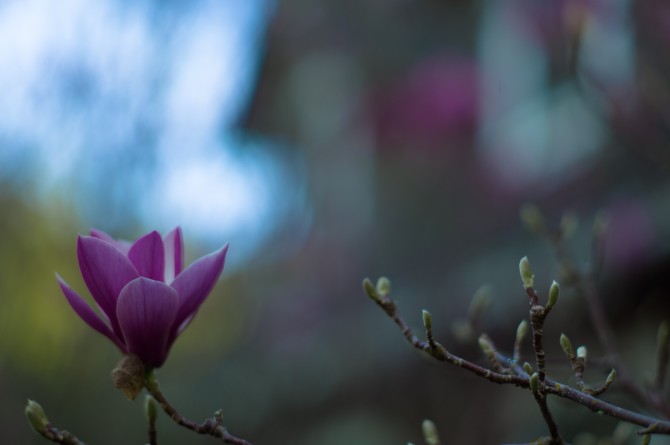 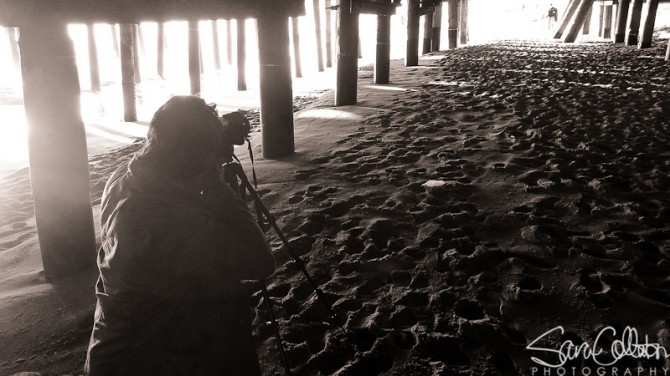 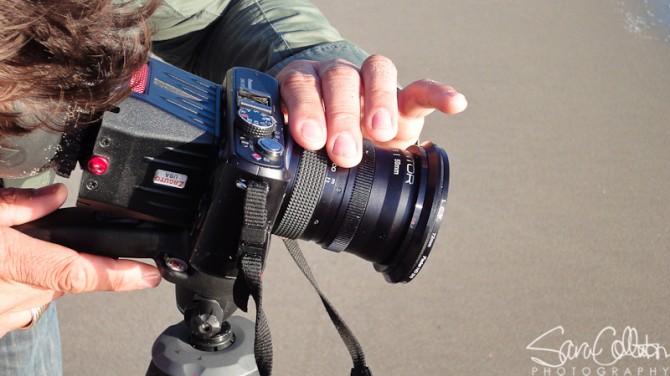 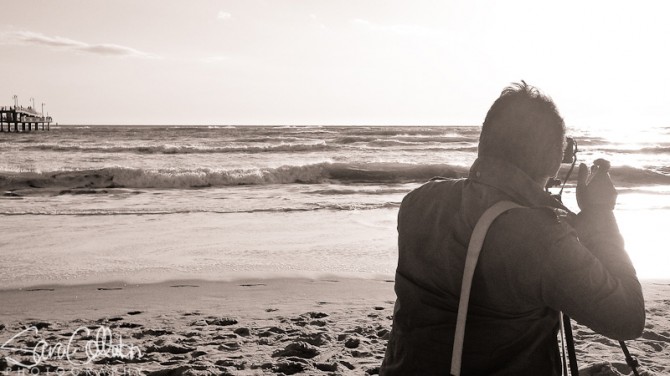 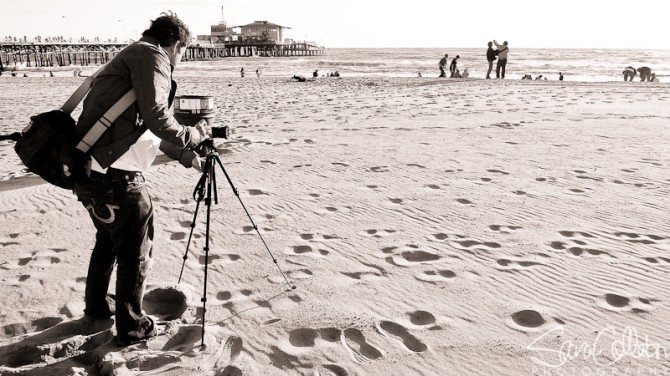 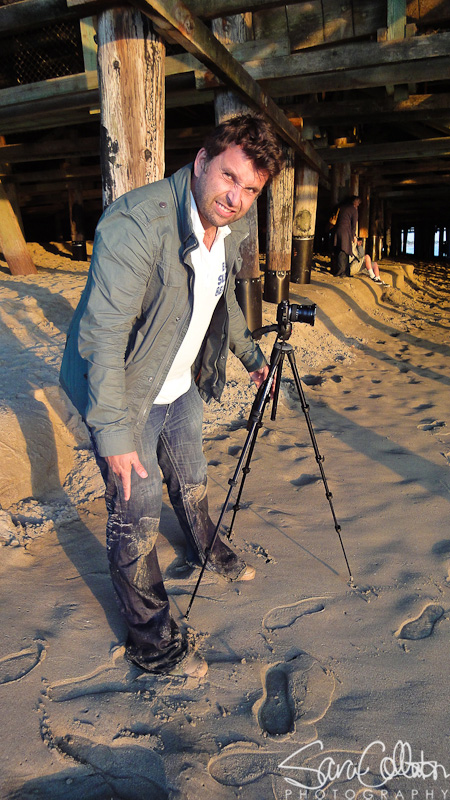 Thanks to Sara Collaton for the BTS photos.

Shot on and under Santa Monica Pier in California using a Noktor F0.95 50mm lens with a Panasonic GF1 shooting AVCHD lite in 25p.

Music is by Bernard Herrmann from “Vertigo”