When I talk about my old work I am only really talking the stuff I made for my website. Not my true old work as I have been shooting for 21 years now and my blog has only been around for 3 and half years.

I like to sometimes go back and look at some of the earlier stuff I put on here and see how much my work has grown (or not). This is going to be a new feature on my blog. Going back to older work and analysing it.

This was the first video I posted on my blog. It was simply me testing out my then brand new EX1 and the Letus Extreme which I had owned for about 2 months. What was a first time for me was taking all the kit I needed for this into Central London without a car. Just my Miller Solo DS20, the camera, the Letus, 3 lenses or so, cards and batteries! Of course with DSLRs now this is not a big deal but it was a first for me then! 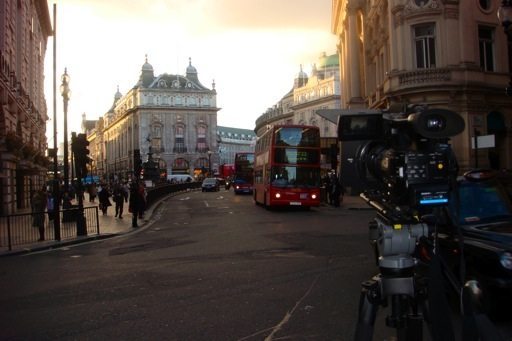 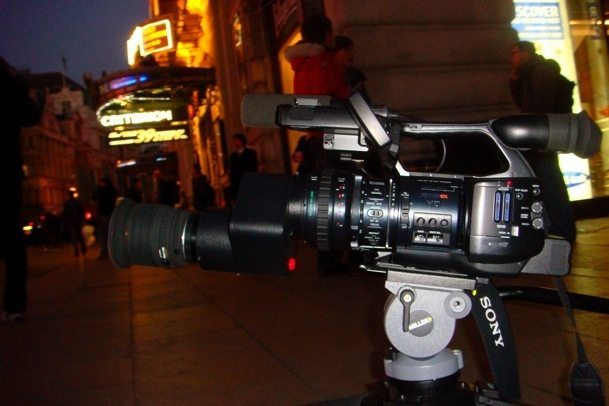 The images out the EX1 are great, but the sensor is small, just 1/2 an inch making shallow depth of field VERY tricky. So that is where depth of field adaptors came in. If you want to know more about them watch my explanation video here.

With this clever bit of kit you could turn your EX1 into what you could look it as a pre-production version of the F3! 🙂

So this piece, what was it all about? What did I plan to get from it? What do I think of it now?

Actually it’s nice to watch it again after all this time. Obviously it will have sentimental value as being my first video on my blog, but there are a numbers of things I still really like about it and of course a number of things I don’t like too. But’s it is a moment in time captured, to go back and re-edit it would be a futile thing to do and a wrong thing to do. It’s nice to leave past stuff where it is.

So the plan was to test out the timelapse of the camera and it was superb and still is, better than almost all the video cameras out there. The interval recording can drop the shutter down to capture 64 frames per interval. That’s pretty damn good. At 25p that’s like a 3 second exposure on a stills camera! This give it beautiful streaky timelapse. I also wanted to try out the slow motion…720p only, the same as the much newer F3 (a big disappointment in that camera being 3 and a half years newer and the same slow motion!) Last but not least I wanted to see how well it coped with the low light. 35mm adaptors eat up light so this would be interesting. The EX1 was supposed to be way better in low light than the camera it replaced. The HVX200.

So I spent the afternoon and a bit of the evening filming. Timelapses, portraits of people, slow motion. It was a lot of fun. The images were superb and even at night time (although Piccadilly Circus is quite bright) it coped.

Looking at it now. There is not that much I would change, a few edits here (still like the way of lot of movement hits the beats and screeches in the track) and there and maybe a few different shots. It works well for what it’s purpose was. It also captured the feel of Piccadilly Circus pretty well despite having no natural sound just The Velvet Underground track which fitted really well.

I rarely use tracks with vocals on these days so it’s nice to be reminded how nice they can be.

Grade wise, I have learnt a lot since then. I would change everything but hey, that is what comes from experience! I really don’t like the fake tilt shift shots on some of the faces.

There is also some issue with flicker on artificial lights, clearly I was not keeping my shutter to 1/50th and 1/100th for slow motion so we get that nasty effect.

But, putting all the minor things aside. You can see why this piece was key in a way, certainly for me. It’s so bloody filmic looking. That Letus adaptor was the bees knees back then and it changed everything for me and for many others too!

This was the third of my personal pieces that I still do fairly regularly even now. The previous two were shot with the Z1 and Letus and the JVC and the Brevis. I had already shot a number of paid jobs on the JVC and Brevis by the time I made this piece. I do the personal pieces for fun, because you know what? Shooting is bloody fun!