New short film: A day at the races

We shot this short film with the hotrodcameras.com modified 7D PL mount that you can read all about here.

It was shown for the first time at the LA HD-DSLR masterclass I took yesterday in Hollywood that was a great success. Two 4 hour classes one after the other. A lot of fun, killed my voice though!

Jeremy Thomas from Raw Works cut the short and colour graded it and did a great job on it. The crew was minimal about 4 of us in total. 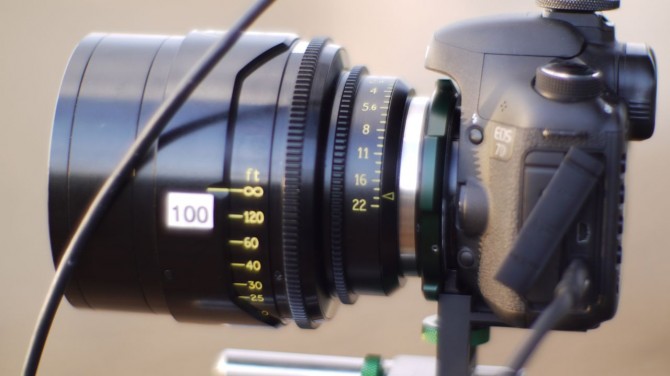 The filming was about 2 and a half hours very early morning at Hollywood Park then another couple of hours at Santa Anita race track. Sound was recorded separately using the Zoom H4n and a Rode shotgun boom. I also used a 6×6 Mattebox and some ND filters. .9 .6 and .2.

Do check out the previous blog here for loads more info and behind the scenes photos!