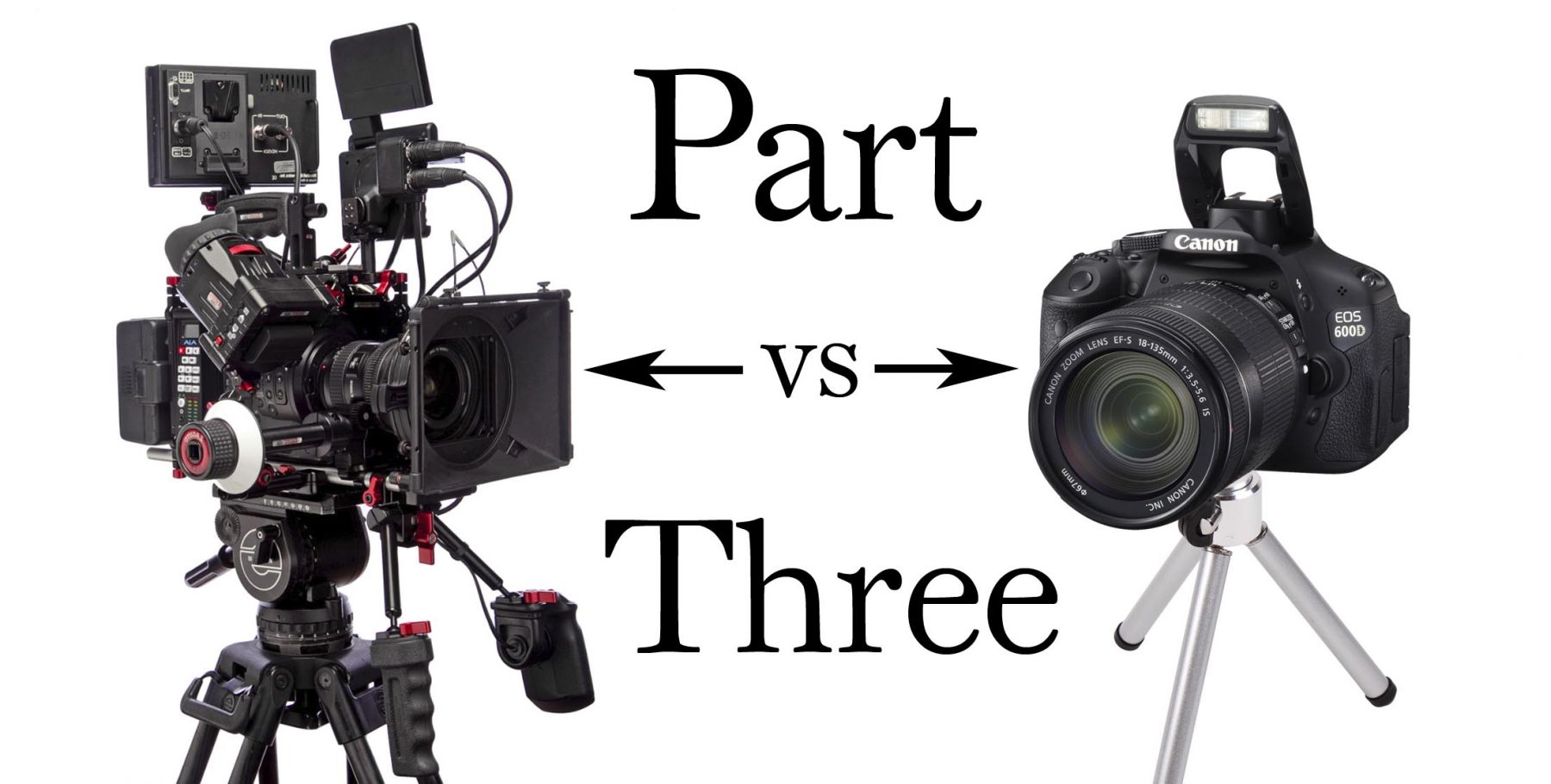 David Kong here, with my third post in this video/article series that is all about working with less gear, for less money, and making it look good.

This article/video is all about Magic Lantern and how it helps me get the most out of low-end DSLRs (in this case, the Canon T2i/550D). I’ll be going over the concepts behind Magic Lantern, a lot of questions that people have about it, and then I’ll be demonstrating live all of the features that I rely on in my films.

Part One: The Gear

The first video/article was all about the gear (lenses, filters, tripods, etc). If you haven’t seen it yet, check it out here:

Part Two: All about the Camera

The second video goes very in-depth with the DSLR – I cover everything you need to know about formats, codecs, and dynamic range in order to get the most cinematic images.

The Proof of Concept:

I’m using one of my films as an illustration for all of these concepts, so if you haven’t seen the Portrait of Macerata, check it out here. I’ll be talking about that film all through this series. 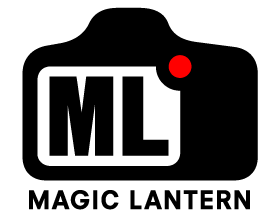 There are two kinds of Magic Lantern that you can install on your camera. You can install the current stable release, or the alpha software. The alpha is what’s currently being developed. People are trying out new things, experimenting with new features, playing around with stuff. It’s not polished, and it’s not fully tested. I personally would only recommend installing the alpha versions if you’re into techy stuff, and you understand what’s going on, and you’re willing to take more of a risk.

The current stable release has been tested, not as much as the actual Canon one, but it’s been tested by lots of people, and they’ve gotten rid of most of the bugs. It’s much safer.

There is an extremely remote possibility of Magic Lantern destroying your camera. Because the engineers are really figuring all of this stuff out by experimentation, it is possible that something could go wrong. But it’s extremely unlikely. If we’re talking about the stable release, thousands of people have installed it without any problems. Back when they were just discovering what Magic Lantern could do, there was only an alpha version, and it was buggy and caused problems with some cameras, but that’s not happening anymore.

Does it void my warranty?

There are three steps to installing Magic Lantern:

The only modification that you make to your Canon camera is to tell it to try to boot from the SD card if it sees the boot flag. Magic Lantern itself lives on the SD card. This is convenient because, if you want to shoot with the stock Canon firmware, all you have to do is format your SD card to remove Magic Lantern, or just swap to another SD card.

The only thing that you don’t want to do is to set the boot flag on the SD card but not copy the Magic Lantern files onto it. If you do that, the Canon firmware will try to run the SD card, but there won’t be any software to run, and it’ll freeze.

The official installation instructions from Magic Lantern are very good, so I’ll just link to them right here:
http://www.magiclantern.fm/install.html

There are dozens of features, and I use many of them both for photo and video, but it’s far more than I can cover right here. I’m just going to focus on the particular features that I used for the Portrait of Macerata.

Help menu: If you press the info button any time you’re in the ML menu, it’ll bring up the ML user guide which helps explain what the different functions are.

One of the major features of Magic Lantern is that it allows you to record audio manually and also monitor it with headphones. I actually didn’t use that feature on this project because I didn’t record audio on this shoot. 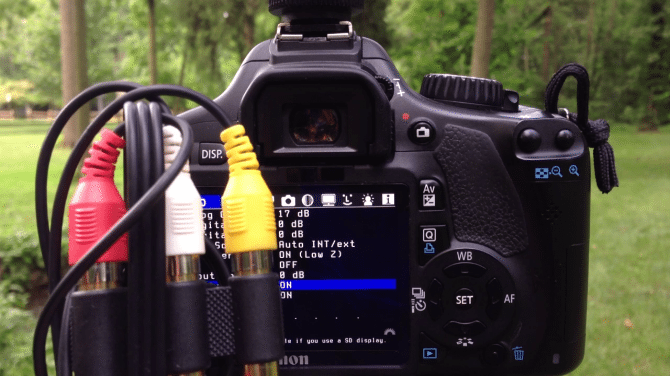 You’ll notice that I’m using a little cable adapter that allows me to monitor my audio from headphones through the USB port. Here’s the adapter that you’ll need for that (plus the A/V cable that comes with the camera). There are different versions (you’ll see I’m using a larger one in the video), but this is the smallest and most convenient one:
http://www.amazon.com/Monoprice-Plated-Stereo-Splitter-Adaptor/dp/B00DJAAFVW

The histogram is one of the most important Magic Lantern features for me because it gives me solid, impartial information about what’s happening with my image. It’s very easy for the LCD to give you an incorrect impression of how you’re exposing, but the histogram never lies. If you’re fuzzy about how the histogram works, check out the video for an in-depth explanation. 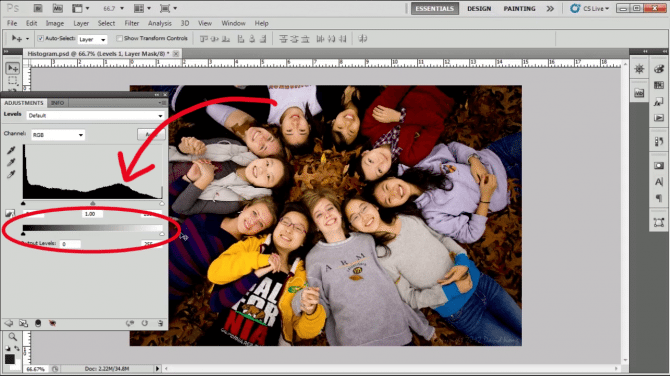 Some people prefer the waveform monitor, and that’s available too, of course.

One of the reasons why I prefer the histogram is because it gives you a really convenient clipping warning on a channel-by-channel basis, which is much more valuable than just zebras or the waveform. If you don’t understand why that matters, check out the video for a complete explanation. 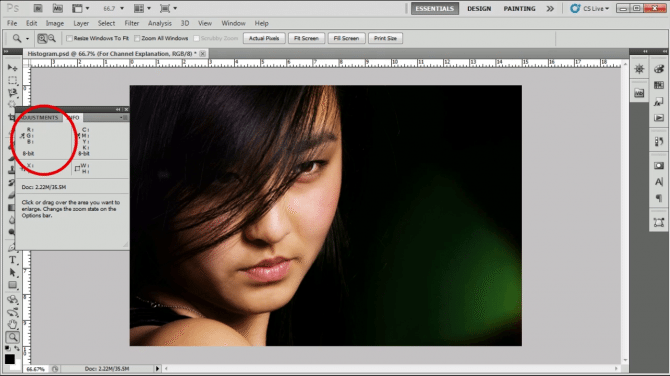 Some more of my favorite features