**NOTE: I will be updating shortly as some facts may be inaccurate :).**

News from Canon, Red and Avid

Engadget did a great job covering the announcement today so I have added the breakdown below.

6:12PM “Since Canon’s founding in 1937, we have pursued constant innovation in optical technology.”

6:13PM “Now he’s talking up the 5D Mark II, and how they asked users of the camera to help them develop the new camera.”

6:15PM Canon will also be rolling out quite a few new lenses with the new camera.

6:16PM He emphasizing how they want to be accepted into the filmmaking community, and the company is dedicated to working with the community to provide them better tools.

6:17PM Canon is also opening a Technology and Support Center to that end.

6:25PM “Literally, you can just take this camera and go make a movie.”

6:24PM “There’s no compression issues… what you see is exactly what was shot.”

6:35PM Daylight scenes are still looking good, but the noise persists in the low light shots.

7:38PM The C300 can handle both EF and PL mount lenses, has a Super 35mm CMOS sensor, and delivers 4K resolution with the new EF lenses.

So what does all this mean?  I have done a breakdown of the specs below.  I will update the information so check back frequently ;).

And three yet-to-be-released primes, all resolve to 4K but all are EF-mount only: 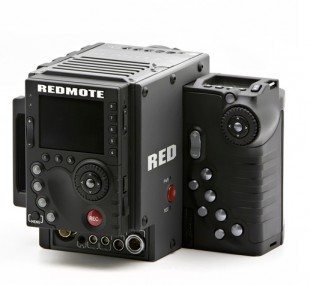 Pricing will be $9,750 for the Canon mount version and $11,250 w/ a PL mount lens (and the mounts are interchangeable). There is also an additional cost for the titanium mounts.

Avid Media Composer 6.0 has been rebuilt from the core on an entirely new open, 64-bit architecture. Avid is also introducing a sleek, new User Interface that is designed to speed up workflows while preserving the same functionality. This means it will still look familiar to Avid professionals and you will not be forced to re-learn a new application — unlike what Apple did with FCPx.

Key features in this update include an expansion of Avid’s AMA, which now supports native AVCHD, native RED Epic, ProRes encode and decode, and a new DNxHD 4:4:4 codec. Support for Avid’s Artist Color hardware interface has been beefed up, and Pro Tools roundtripping is now complete — you can make changes to your mix in Media Composer and see them show up in Pro Tools 10. Media Composer 6 will be $2499, Nitris DX will be $5499, and Symphony 6 — available for the first time as a standalone software product, rather than a turnkey system — will be $5999. Upgrades from Media Composer 5.5 to 6.0 are $299, while Symphony upgrades ring in at $599. All of the new products will be available worldwide on November 15.