EDIT: Lots of buzz, lots of speculation but some is more credible than others…This is what I have collated from unnamed sources. Seems pretty solid though, but we shall see…I rarely comment on rumours but this has a very strong ring of truth about it…Of course if it isn’t any of the below you will always have the Scarlet to order!!

According to my sources this is what will be announced on November the 3rd. Remember…none of this is confirmed!!

There will be two Cameras. A PL version in the F3 price range and an EF one more in the FS100 price range. Crews have been around Los Angeles and in the Mojave desert area shooting demo material for the launch presentation.

4:2:2 in camera recording, the tried and tested XF codec, which is rather spiffing as I have it in my XF105 and it’s nice and robust AND accepted by HD broadcasters…Full HD is most likely. The XF codec and 4K would be a struggle.

I would also not be surprised if we see two version of the cheaper EF camera. One with SDI and Genlock and one without. Canon have history with this style of design.

Canon is prepared to deliver in quantity at the beginning of the year.

Well it seems it could be a hell of a big day in the camera world. Not only will the Chronos film festival be opening  on the 3rd Novemeber with me introducing Koyaanasqatsi in Santa Fe , NM (come along! it’s going to be a blast! What a great place to shoot!) but Canon have their “big announcement” which may or may not be a new camera and now RED have come out of the closet with what seems to be something we all though would never happen. Announcement of what the final specs of the release Scarlet will be with a CONFIRMED ship date and that orders will be taken on that day. Order start at 7pm PST for both the USA store and for RED EUROPE. 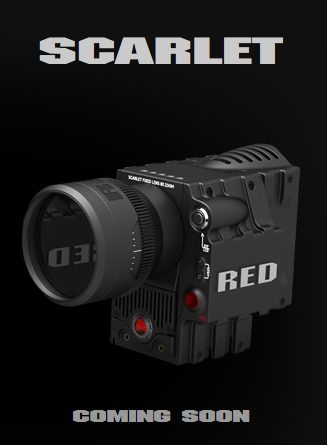 I, like many, have been waiting for the Scarlet ever since it was announced with the mock up back at NAB in 1976 when I was just 5 years old! It’s been a long road but it looks like we could finally be reaching the end of it. It’s gone through many different specs. The main 3k for $3k cameras for the prosumer was dropped, mainly due to the Canon DSLR revolution. Now the camera we are currently expecting is the 2/3″ fixed lens Scarlet with an 8x zoom lens. It looks sweet but 2/3″ these days, to be honest, is not the size sensor that indie filmmakers want to shoot with. Unless of course they have a huge love of 16mm film and have those lenses. I still shoot 2/3″ for my broadcast work but on big ENG cameras with 20x + zoom lenses and I can get shallow DOF but only on the end of the lens. It will be interesting to see how a fixed 8x zoom 2/3″ camera will fit into the market. It “should” have 120 FPS though and that RAW RED format is to die for. I have my EPIC M and it is simply astonishing. I expect it will be a great camera for 3D as 3D works better with deeper depth of field. But I have about as much interest in 3D as I do in watching “The View”.

So, is this designed to take away the thunder from Canon’s announcement? Personally I don’t care. The sooner we get confirmation of a release for Scarlet the better. It makes a lot of marketing sense to do it on that day. I am very curious to see if the specs have changed and given Jim Jannard’s announcement that they will talk about products when they are ready to ship this could mean we are finally there. For me it would make a great B camera to my Epic.

Of course we still don’t know what the Canon announcement is. It could be anything from a 4k S35 camcorder to a 5DmkIII, to the release on Ron Howard’s movie he made from user submitted stills or maybe it’s a new laser printer than can print a whopping 120 PPS (pages per second)?? Now that is an over-cranked printer. Neat! Click the image below for some fun speculation! 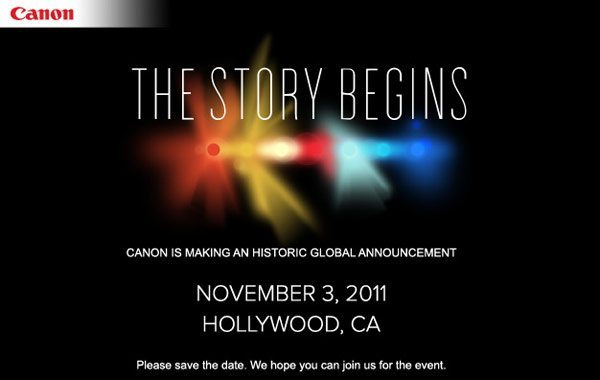 We also had the new mirrorless cameras announced from Nikons. The looks really nice apart from one thing. The sensor is too small. The new wonderful Sony NEX5N has an APS-C chip in it . The sensor of the new Nikon is called a CX format and is a 2.7x crop of a full frame. For reference full frame is a 5dmkii, sony nex5n 7D etc is 1.6x crop. GH2 is 2x (ish) crop. So this is even smaller. Personally that is a big let down. A sensor smaller than micro four thirds?  Who wanted that? Not me!

I am a Nikon user and have 4 of their DSLRs but this is disappointing. This is a bit worrying as Nikon has a lot of money invested in yet another format for a camera that really wont work well with the current Nikon lenses due the mis-matching of sensor sizes. This means this will be their new format for the foreseeable future. Of course a mirror-less camera needs native glass as the sensor sits a lots closer to the back of the lens. I am fine with that as long as I can use my current glass with an adaptor for the same field of view. Sony have clearly shown a small camera with APS-c sensor is do-able so why have they gone down this road? It’s not even cheap! Around a $1000 which is more than my NEX5N and close to the very high spec NEX7 due in November.

Oh it does record video but to be honest I cannot see me getting one of these and that says a lot for a lover of cameras like me!

Update: Tinker Tailor was exceptional. You need to pay attention though! 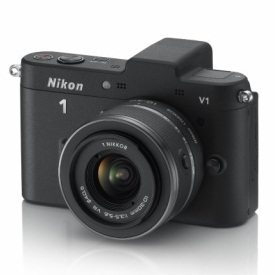