If you fancy any of these…and please don’t buy until you know more about them…getting through my Amazon affiliate link is much appreciated. Costs you no more and subsides this beast of a site that I run on my own! Thanks!!

Just when you thought you knew which camera to buy, Sony come along and bring out a slew of cameras, both video and DSLR, that intrigue and fascinate. A couple of them really stand out for me but the key announcements are the full frame Sony A99…the first DSLR to have proper audio inputs with its XLR module, and what I believe will be the start of something I have wanted for ages, a video camera with a full frame sensor…the NEX VG900.

I think the only thing holding me back from the VG900 is the lack of proper audio connections (but it can take same module as A99) and it’s going to be 24p/30p OR 25P as per usual on these camera. Oh and it’s most likely more fiddly than fiddler on the roof controls that plague the VG10 and 20…

It’s essentially a VG20 with the full frame sensor…talking of which, the VG30 is the replacement for that…essentially an APS-C version of the VG900…note the use of the APS-C in describing it. Not super 35, almost the same size, but they are for some reason refraining from using that term. What this probably means (and I would put money on this) is that they will bring out a Sony FS500 or similar, which will be a pro version of this, like the FS100 is a pro version of the VG20.

I have wanted a full frame proper video camera all my life! Well that is probably a slight exaggeration, but ever since the Mk2 came out, for sure…that full frame look is unique and I cannot wait to check this camera out at Photokina next week (I will be there all week talking for Canon about their C300, twice a day…every day…not sure of times yet!)

We also have the Alpha A99…this is cool because it’s the first full frame DSLR to have an add-on XLR module, so finally proper audio in DSLR, and it is the first full frame DSLR to give us 1080p 60p…the biggest bummer is the old Minolta mount on it…the Alpha mount. Due to its flange distance, for me to use my Nikon lenses on it (which I have stacks of) I need an adaptor that has glass in it so it can work…I have tried a few and they all suck. The quality loss is too much to bear! There are some cracking Alpha lenses out there, but I simply don’t want to buy MORE glass when I already have enough…I did buy the A77, and this problem meant I returned it pretty fast. Shame, as the translucent EVF is astonishingly good! Oh…super cool that is has clean uncompressed HDMI out, albeit via the rubbish mini HDMI connection. Wonder if you can record internally at same time unlike the Nikons…

The RX1 is a interesting one. The first compact to have a full frame sensor in it. Not hugely interested in this for video, despite the 1080p performance, I’m a nut for having a full frame compact in my pocket…that is tempting. No longer will I be asked “Is that a full frame camera in your pocket or you just happy to see me?!” It’s so small it will be damn easy to carry around. Not cheap though…It has a fixed F/2 35mm lens on it. Nice..Shame it’s not F/1.2! That would have made it essential…or even better go for a .95 😉

The NEX 6 also fascinates. I do love the 5N, but this improves on almost all the aspects of it. Couple that with wifi built-in and editing apps, plus upload to social networking, and this could become the coolest way to instantly post photos to these places. Great quality, way better than phones…still an extra thing to carry around though and with the dispassionately zero update to the iPhone 5 camera I am damn tempted by this…although I would prefer Android OS in it…there are some compacts popping up with this in it. Exciting times, and it might start making people use “proper” cameras more. I myself am guilty of taking a photo of something with my iPhone first so I can upload it then taking the 5Dmk3 version, despite it being around my neck. We love that instant sharing…well I do!

What about the Sony nex ea50eh? catchily named…essentially a VG20/ 30 but with a WAY better form factor. In fact, better than the FS100…dirt cheap, but I’ve not seen it, touched it or anything. Curious…hope Sony adopt this form factor in pro large sensor cameras… 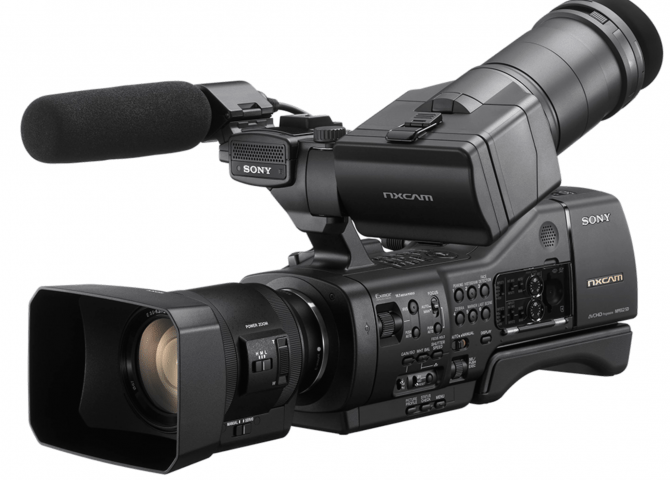 Announced today is the D600 from Nikon. A “budget” (it’s still $2k without lens!) version of the D800…full frame, uncompressed HDMI out…looks great and with a smaller megapixel count of around 24MP…similar to the Mk3, this could potentially be a better video DSLR than the D800 as its 36MP sensor caused issues with down-sampling…this will still have to do down-sampling but not quite so extreme…I will be very curious to check this out. Most if not all will be at Photokina. But of course, there is nothing like actually shooting with one to truly test them out!

So with all these new cameras coming out, what does with mean? Should you buy any of them? Well if you have a camera and are happy with it then no…but this is GREAT for competition and will mean Canon will have to respond with a budget full frame camera, and we should start seeing full frame pro video cameras soon. There never has been a better time to be filmmaker. We are being offered amazing tools at affordable prices, like the BlackMagic Camera and even the Canon C100…initially disappointed by it, but after holding it and playing with it at IBC I’m pretty impressed. It feels so small and ergonomically lovely. I saw Sebastien Devaud’s promo film there, and the image is great! Still bloody wished it had 60p!!

Always use the best tool you can afford and never overstretch yourself. You can make great films with almost any camera as long as you have the content – a better camera will simply make your images look better (if skill is behind the camera) with a better tool.

EDIT: Canon have also now announced the much expected 6D. A lower price “entry level” full frame DSLR. It’s $1400 less than a 5DmkIII and slightly less than the Nikon D600… Love to see the video out of it and HOPE it is of similar quality to the 5Dmk3, as in now moire, aliasing and great low light. it does have the MkIII All-I which is great! Read more here!

It’s expected to begin shipping next month. I hope I can get one before them to review…but doubt it! If you want to buy it puchasing through my affiliates help keep this site running at no cost to you…and it’s a beast of site!