My thoughts on the Canon C300 and the new RED Scarlet (oh and a whole new 4k video shooting Canon DSLR!) 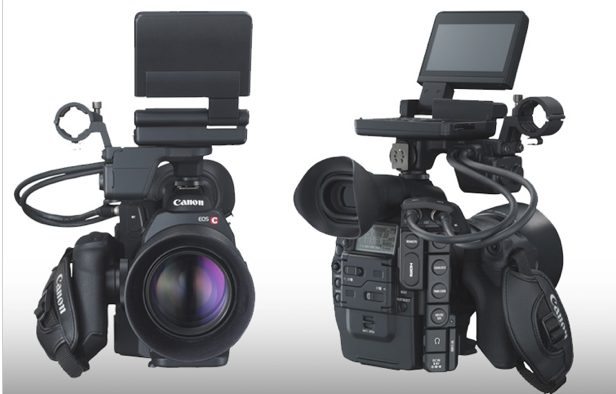 Big old day in the camera world, I don’t think I have seen so much thigh rubbing by so many camera geeks and the twitter feed has been hilarious (not forgetting a badly timed new version of AVID announced today!) Canon disappointed many by not releasing a kick-ass printer :(…instead we have their much anticipated S35 camcorder. The C300. We also have a concept 4k video shooting DSLR and the new version of the RED Scarlet! Phew.

So what do we have? First off…The C300. It’s a lovely looking camera. I like small cameras. Easy to travel with, easily pimped up to configurations you want. The idea of a brain for a camera is becoming more and more common although this is not quite that. 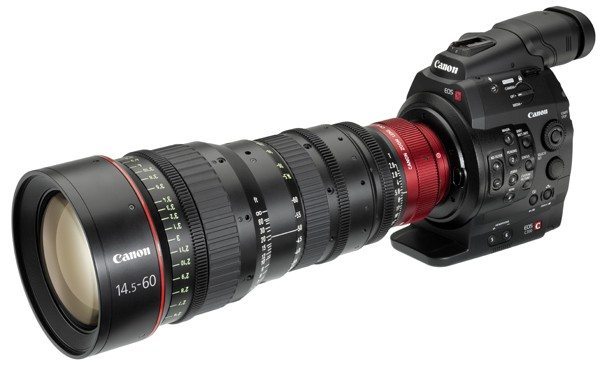 So what do we get. Well…internal 422 Canon XF 50mb/s codec. A flat log setting in there too by the way. 4k sensor but only captures 1080p. Capable of overcrank BUT only at 720p. Also only 8 Bit SDI out. Both rather disappointing to be honest. I really had hoped for 1080p 60p as both the FS100 and AF100 have it (although the F3 is also 720p) There is a PL version or an EF version. I don’t know if you can switch mounts. Be great if you could.

Now the key thing for me is how is it to operate and what are the images like. I have not touched it or shot with it so these thoughts are PURELY on specs and price.

First off let’s talk about the market. We have the DSLR crowd who have invested heavily in EOS lenses. We have users who have upgraded to get better audio and less image users to the more expensive but still relatively affordable FS100 or AF100 and then we have the F3 which is priced much higher around $13k with some good and some not so good specs.

Canon have put the list price of the C300 at a whopping $20k. Now of course this is *list* so it will be cheaper. They are going for the F3 and higher market and I can see why…although they have never had a camera in this price bracket before or at this level so it’s bold as hell. Personally I want to see a camcorder at the price bracket of the FS100 as so many DSLR shooters would be SO tempted by a $5000 EF touting S35 camcorder that takes their lenses even at the cost of a lower codec. That is where the DSLR market wants to step up to next. Not a $20k camera. Of course that is NOT what they are going for. Just saying. For me I feel this is a market they should be going hard at.

I will add to this later. But in meantime these are my summary thoughts…so far. Nice looking cameras. Nice on board codec, great for docs. Takes EF lenses without waiting for a never to ever come out Birger adaptor (although I heard no AF support? Surely not true!) Too much money. Sorry, I think it is. Especially with the competition out there. BUT I cannot wait to shoot on it and I may be convinced! Oh and one other highlight. Vince was looking super slick at the press event. I need the number of your hairdresser sir! Will go well with my mo!! 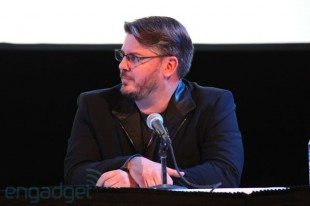 Mobius :: Behind The Scenes from Blake Whitman on Vimeo.

Canon took a leaf out of the Apple book and did a one final…oh we have a new DSLR 4k video shooting concept camera we are working on….Now that is very interesting as is full frame…BUT for it record 4k it goes to a 1dmkiv style APS-H crop. But still pretty good. Read more here. The thing is the word “concept” always means don’t expect it soon!!! 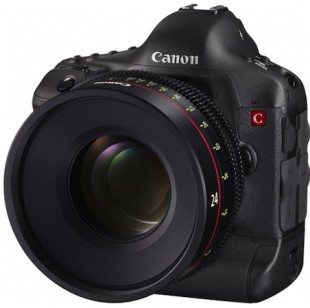 RED also chose today to bring us the Scarlet X. As expected they have dumped the 2/3″ chip as “not being good enough in today’s market” and are now using Epic chips which were not passed for use in the Epic (not sure if this is correct as their site is down and getting this off of twitter. Will correct when I have more info!). 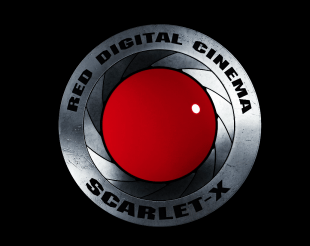 So Jim Jannard has given us these interesting specs and it’s shipping dates (this is key as this camera has been coming for quite some time now, my grandfather told me stories about it when I was a nipper and sat on his knee!)

So this is what we have as far as I can tell…5k at 12fps max, 4k at 30fps max, 3k at 48fps max, 2k at 60ps max, 1k or 120fps max. Interesting…Resolution is good, although substantially capped…it HAS to be otherwise it would be an EPIC! One thing you must realise it that only the 4k will give you the field of view of your lenses. 2k and 1k are just window crops of the sensor. So you 60fps will be a very “zoomed” in image. That is going to be a big pain. Changing the field of view to overcrank is not great to be honest. It’s not the drop in resolution that bothers me it’s if you shoot at 4k which you will to get the S35 aesthetic then if you want to do a slow motion of same shot you simply can’t without backing away, changing lens or simply dealing with it being tighter…

So that is what it is….essentially a scaled back RED Epic (which I own). Same weight (heavy), same accessories (pricey), consumes less power. Two versions a Canon mount version that DOES work with autofocus on EF lenses and a Ti PL version. It does something my Epic cannot currently do, playback in camera. Prices are as follows. Just under $10k basic. Full kit for under $14k. Not sure what that means. I expect you get the SSD module and most likely a touch screen LCD. Canon mount ships 17th November and PL mount (which costs $1500 more)

As it’s the same chip as the Epic there is no way it will be as good as the Canon C300 in low light but it will be upgradable to the new Dragon chip in 2012 which will promise better low light sensitivity.

Now it is cheaper than the C300. Is it better? Dunno. Not shot with either. It’s essentially an EPIC light. I love my Epic but have had hideous reliability issues with it. Will RED carry on with having BETA firmware in the Scarlet or will they make it more stable. At the lower price point they are going to ship more so it will need to be. I expect the C300 will be super reliable straight out of the starting block…but one is 1080p internal 50mb’s codec and the other is RAW and shoots 4k…I was never a big believer in the need for 4k and more but owning an EPIC has opened my eyes to the amazing possibilities and flexibility it offers you. Shame it needs a lot of computer processing power to deal with the files unless you but the expensive, but essential RED ROCKET card. Not only do you have re-framing resolution but 4k is future proofing. Like when I shot HD for SD projects a few years back….

This is a super powerful camera and the most affordable 4k/5k camera ever. It is a big deal and looks to be a bargain. Just remember that you do need to buy stuff for it and the workflow is a whole different beast!!

Yes I have reservations as an Epic owner who has had two very bad experiences.You can read about the nightmares we had on HOST here.

Also is it just me or I am that is disappointed that we no longer have the Scarlet, per se? We have a “dumbed down” Epic. Same body, same sensor, heavily reduced features. I wanted a smaller, lighter Scarlet that we were promised 3 years ago, then 2 years ago then 1 year ago?  Instead we have this. Not that this is bad. It’s great! Just a shame the 3 year+ wait yields us nothing what we were promised. This camera will be hugely useful to many. It’s just not the Scarlet. It’s the Epic light.

Honestly, I love the look of the new Canon and the concept camera interests me a lot as I love full frame but that price point is high and people ARE going to be tempted by the Scarlet X price point…I believe the camera goes on sale TODAY!

The Canon seems clearly to be designed for broadcast use, friendly HD codec, easy post production pipeline, reliable manufacturer. It will be approved for full acquisition. The Scarlet is for indie filmmakers and commercials etc…ironic as Canon are aiming for the cinema crowd and i just don’t see it BUT  they will get it but broadcasters will lap this up!!

Oh…one last thing…does all these cameras coming out mean you cannot shoot on your 60D, 5Dmkii, 7D, Gh2? NONSENSE…They are just tools. Expensive ones. Me? I shoot with the right camera for the right job and sometimes that may just be a $500 stills camera!! Trust me…owning one of these new cameras is not going to suddenly going to make your work better! Use what you have!!

Oh and by the way. I ordered a Scarlet. 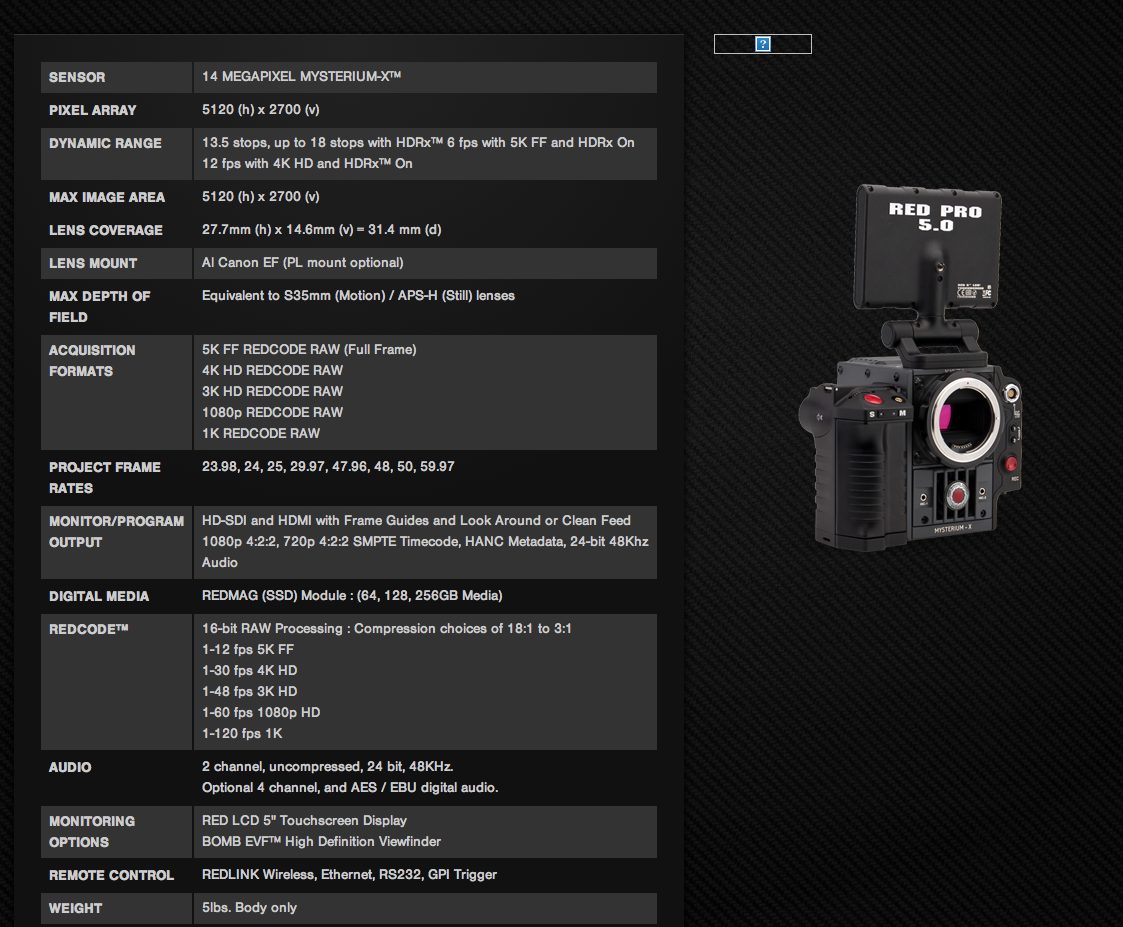