Insipiens from Philip Bloom on Vimeo.

It’s just before midnight on Tuesday night and have just finished my edit of my simple short film “Insipiens”. Conceived and shot in a very short period of time, about 4 hours.

I have just finished a 3 day full on DSLR workshop in Mallorca with Nino Leitner and Sebastian Wiegaertner and it was a huge success. We split the group up into 6 teams and gave them a challenge to make a short film…More on that in another post when I have all the files to share with you. Whilst guiding the teams I got an itch and a half…no, not an itch that makes you need to see a doctor but simply I NEEDED to shoot something for myself. Where we were on the Island was simply stunning. San Jordi. As soon as I laid eyes on it I knew I had to film there.

Nino (Nina K) was a godsend. A beautiful woman who knew how to perform. I met her at the CF Live workshop back in DC but she came to learn much more at this 3 day event in Spain (we are planning the next one soon!)

It’s a mixture of handheld shooting (no rig as I don’t have one yet) and tripod shots. It’s handheld for a reason, no interesting in stabilizing it. I wanted it to look handheld!

I used Magic Bullet Looks to grade (20% off at Checkout with code bloom29) and I also used Colorista II to smooth out any and make Nino’s skin look more flawless… Watch Simon Walker’s excellent Red Giant Software demo of how to do this. I did and had great success…this is the before (left) and after (right) and it took me just 5 minutes to apply using a key and a pop filter. It’s an incredibly powerful colour grading tool with amazing features and so easy to use. It’s $299 from scratch by clicking here

Cedric Conti scored this at very short notice and it’s perfect. I had a temp track of Erik Satie which guided him to the mood and he did a wonderful job!

This film’s concept is very simple. Utter beauty shattered by a moment of senseless ugliness. Something that happens in the world countless times every day.

I also wanted to show how three edits of same film can have 3 different emotional reactions,,,although one edit with the additional shot at end is in an in joke for the dslr community and know who Nino Leitner is and that our actress has  the same name

The second version, called “sui caedre”, which takes a big chunk of the film out, the violence leaving a more ambiguous but still disturbing ending.

Please watch all three if you can…

Nino: The alternate edit of “Insipiens” from Philip Bloom on Vimeo. 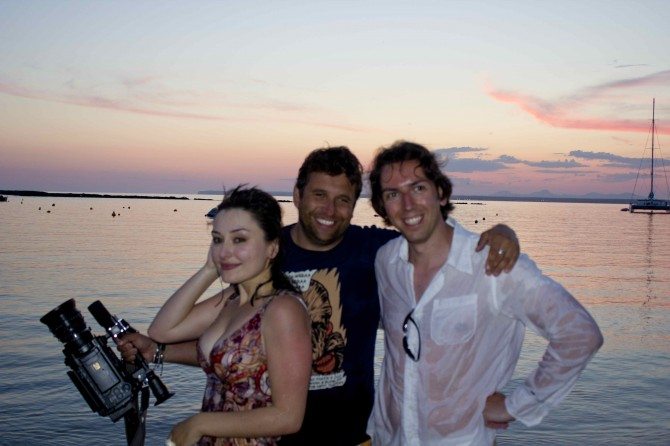