NAB 2013: Have Blackmagic made their own camera obsolete by their new announcements? 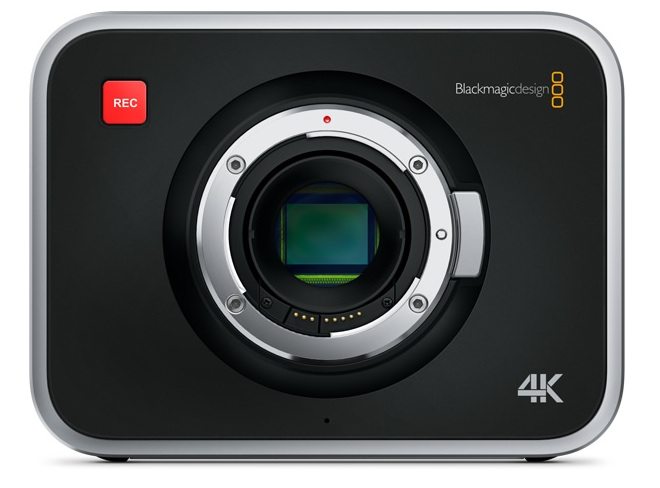 This is my 6th NAB in a row (and ever!) and if you have ever been it’s a monstrous show. Just enormous and to even attempt to see everything is insane. You make a list of the key things you want to see…you plan a route that doesn’t see you zig zagging back and forth. I realised this quite quickly and now I go to a small fraction of the stands I used to. Why? Part of the reason is the internet. A lot of stuff at the show won’t be new or will already be announced. Often you just go to a stand to either see the product in person or to meet the people behind it. Very rarely do we get big product announcements these days, especially cameras. Manufacturers don’t want to announce an exciting new camera at a time when a rival might do. They want the limelight on themselves, understandably, so that’s why they generally announce them separately from major shows now. The exception to this is Blackmagic. Prior to April 2012 they had never made a camera, then on the morning of the first day they dropped the bombshell of the Cinema Camera coming out for $3k.

This really took everyone by surprise and gave the big manufacturers a kick up the backside, implementing features at an unheard of price point. Everyone ordered one, including myself. The problem is many people who ordered that day have still not received their cameras, and today Blackmagic may well have made their current camera obsolete already. My order for my one came through in February, and I placed the order the day it was announced! The vast majority still have not received cameras. Blackmagic have had some serious issues with supplying the cameras in any quantity.

I got one to review back in September. I made a very in depth video review which you can watch by clicking here and shot my first project in October with it in South Africa which you can read about and watch here. The camera itself with its awkwardly-sized sensor never sat well with the Canon EF mount, that was why at IBC last year they announced a micro four thirds versions. I actually just got one of those to review and you can watch that here!

The Blackmagic 2.5k camera offers a lot of bang for your buck, it’s far from perfect, but there is a lot in there that is terrific. Many people said they liked it but would wait for version 2. Well here it is, version 2. Just a year since the first announcement, they have unveiled a 4K super 35mm version and pocket S16 one.

Both of these cameras look terrific in their own way. The pocket S16 one is further along in development according to John Brawley whose in-depth blog post about it here. It’s really small and looks a lot like a Sony NEX6, just without an EVF

Pictures all courtesy of John Brawley 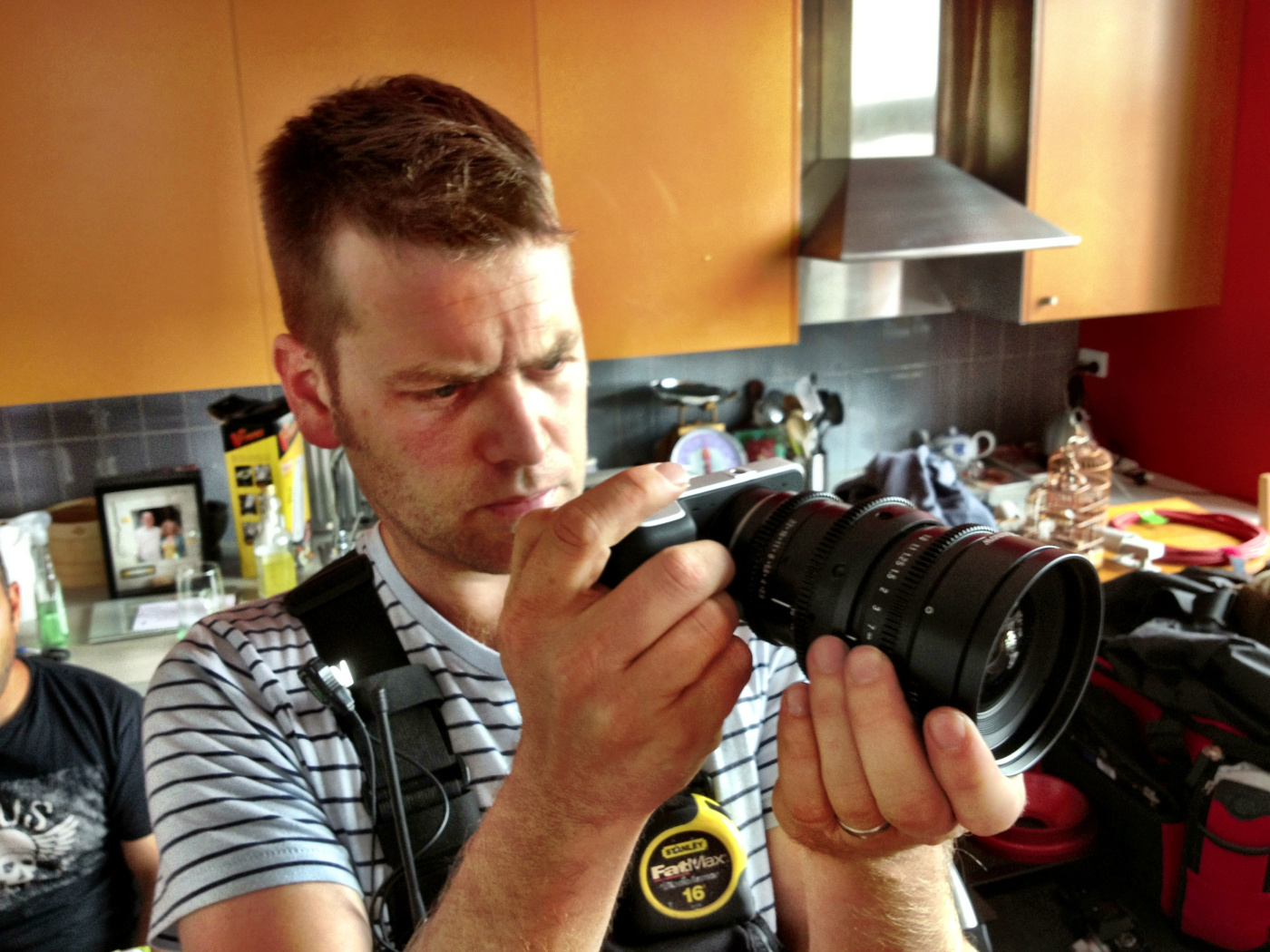 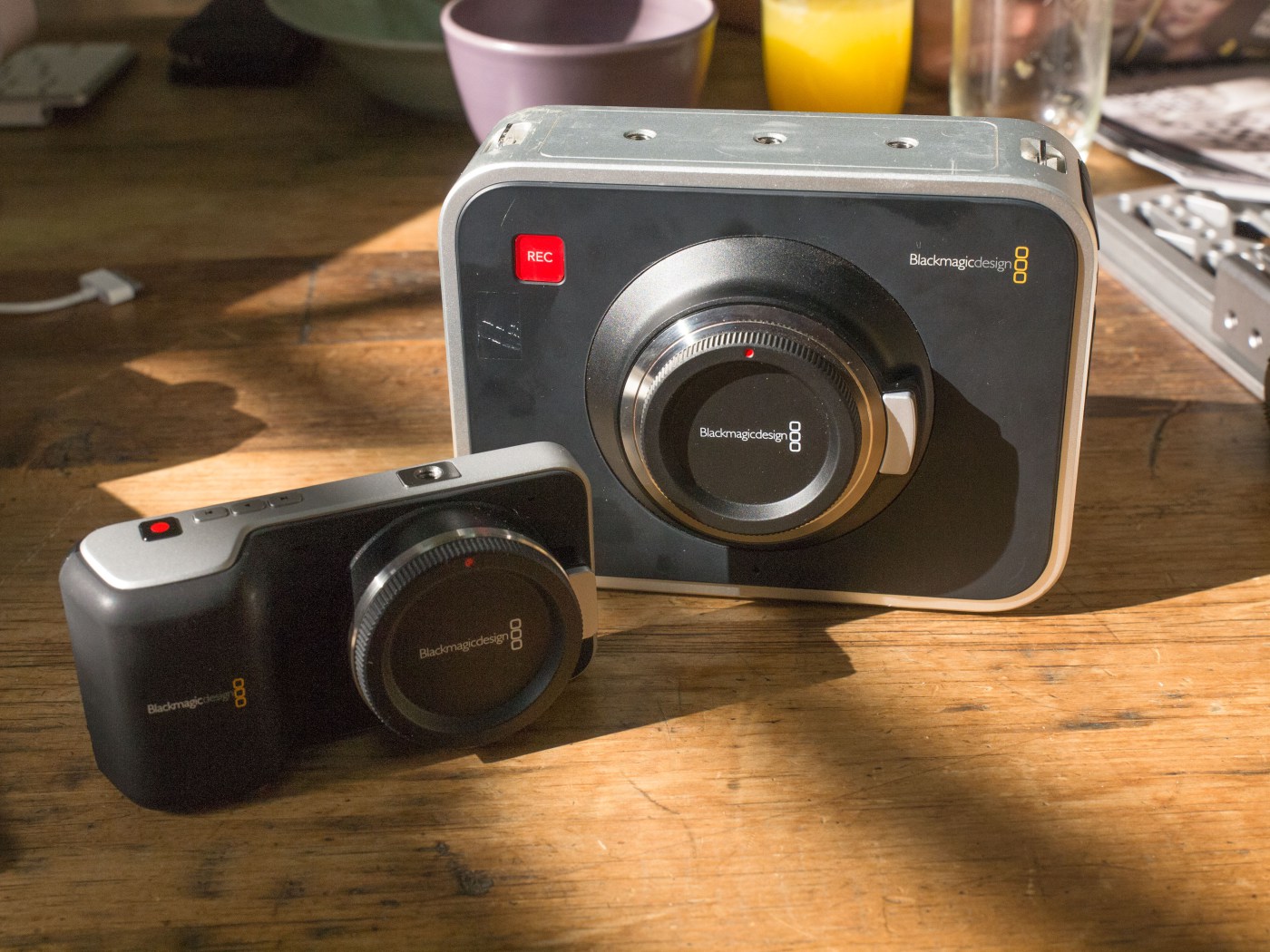 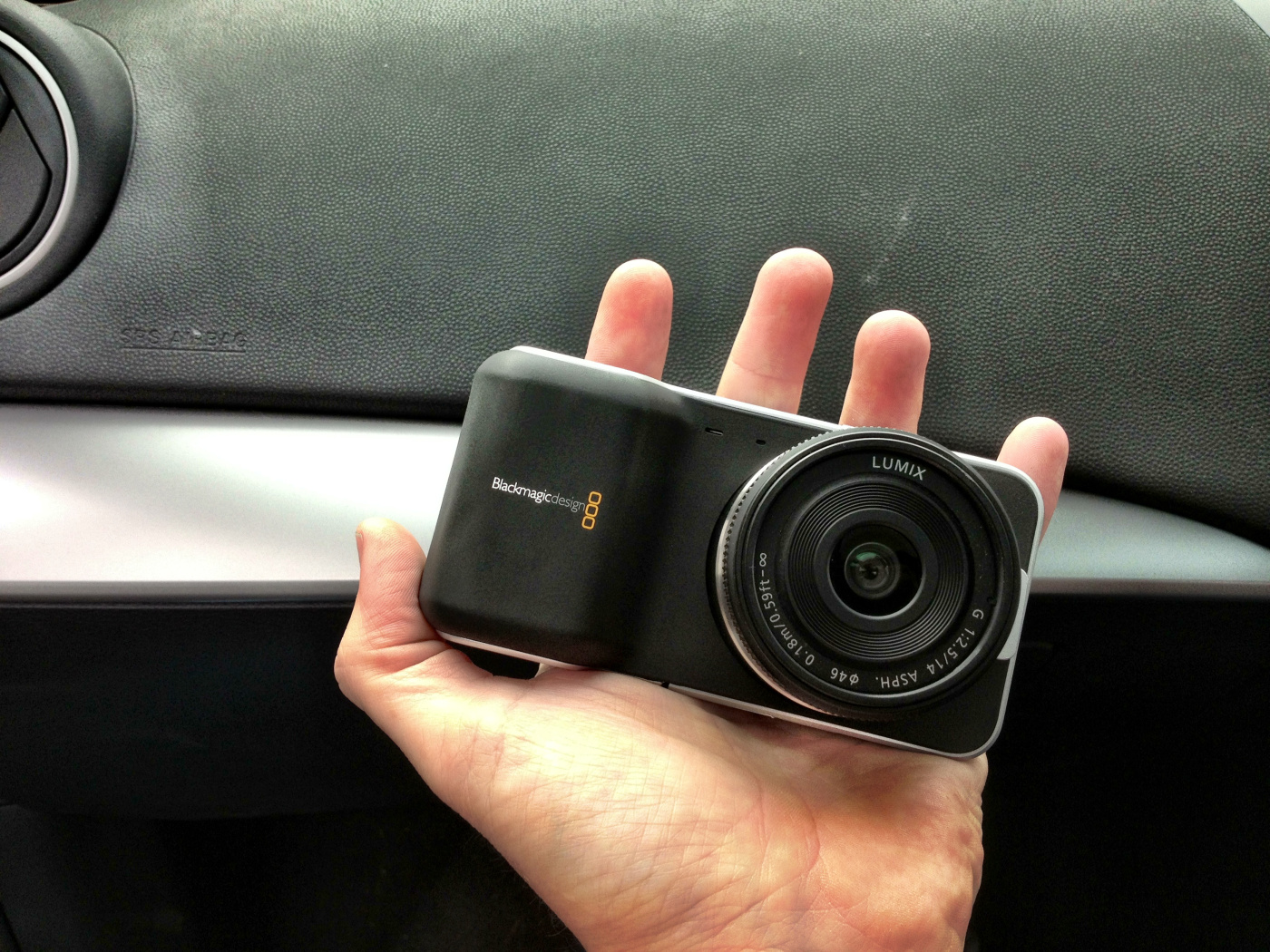 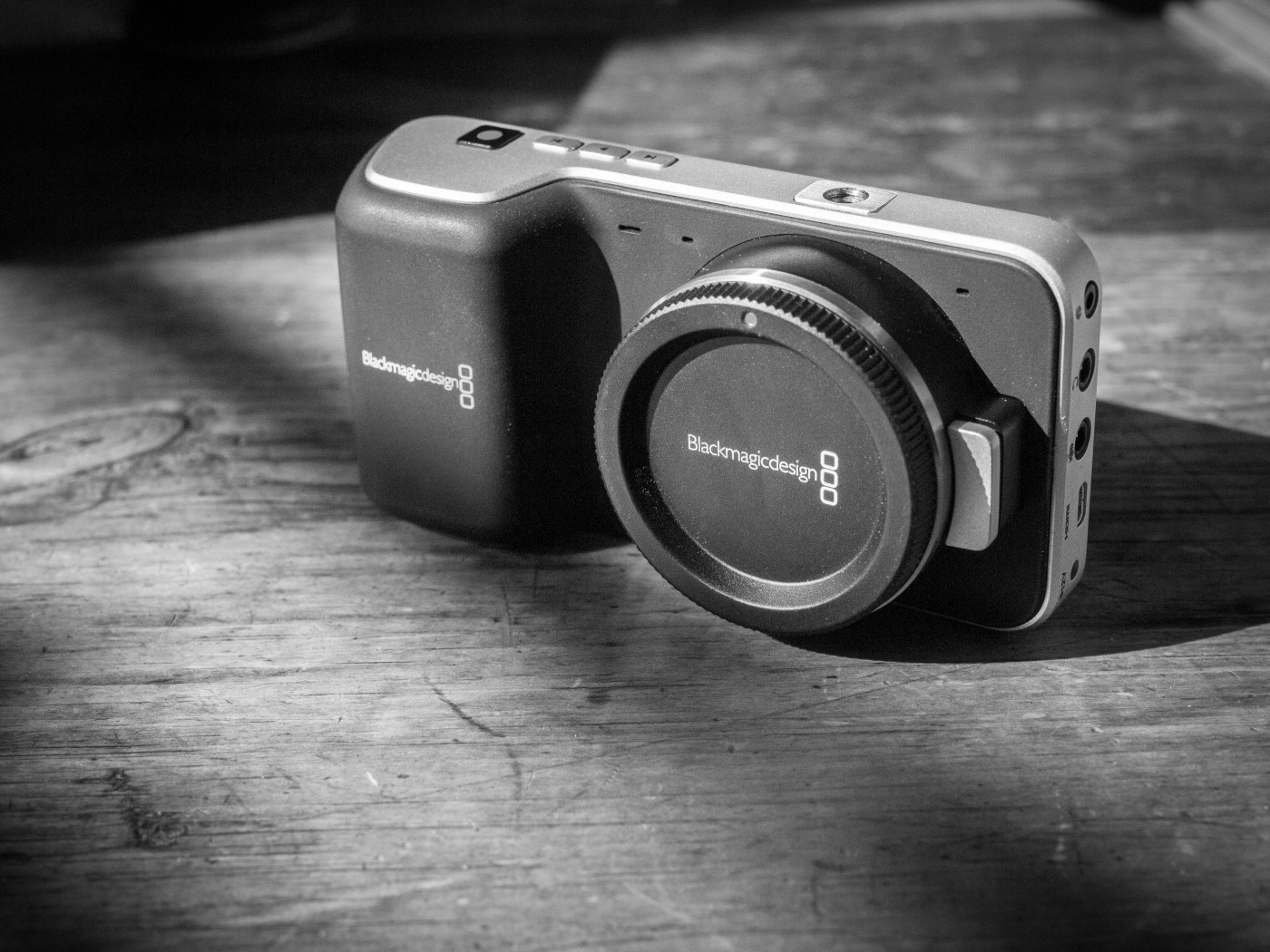 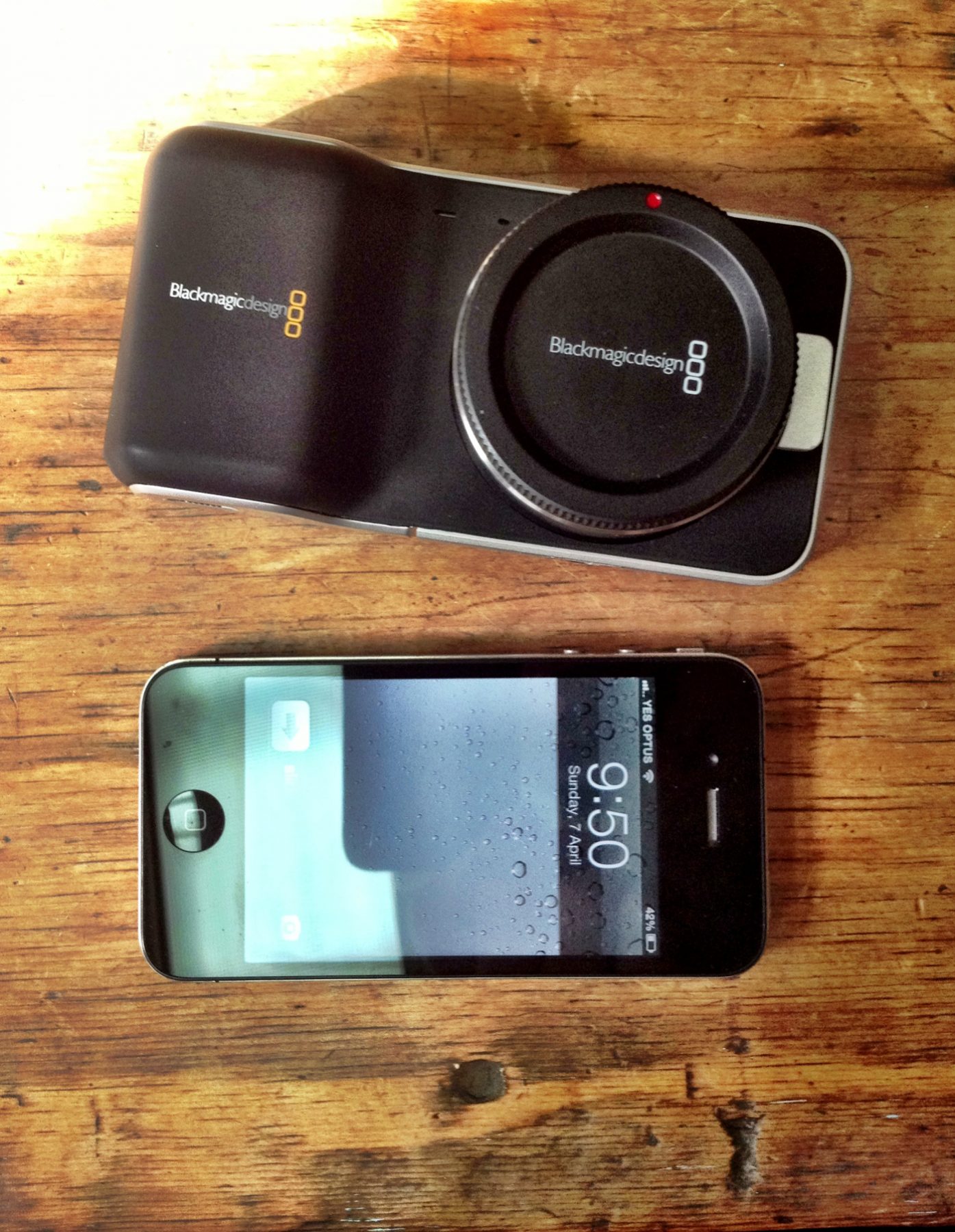 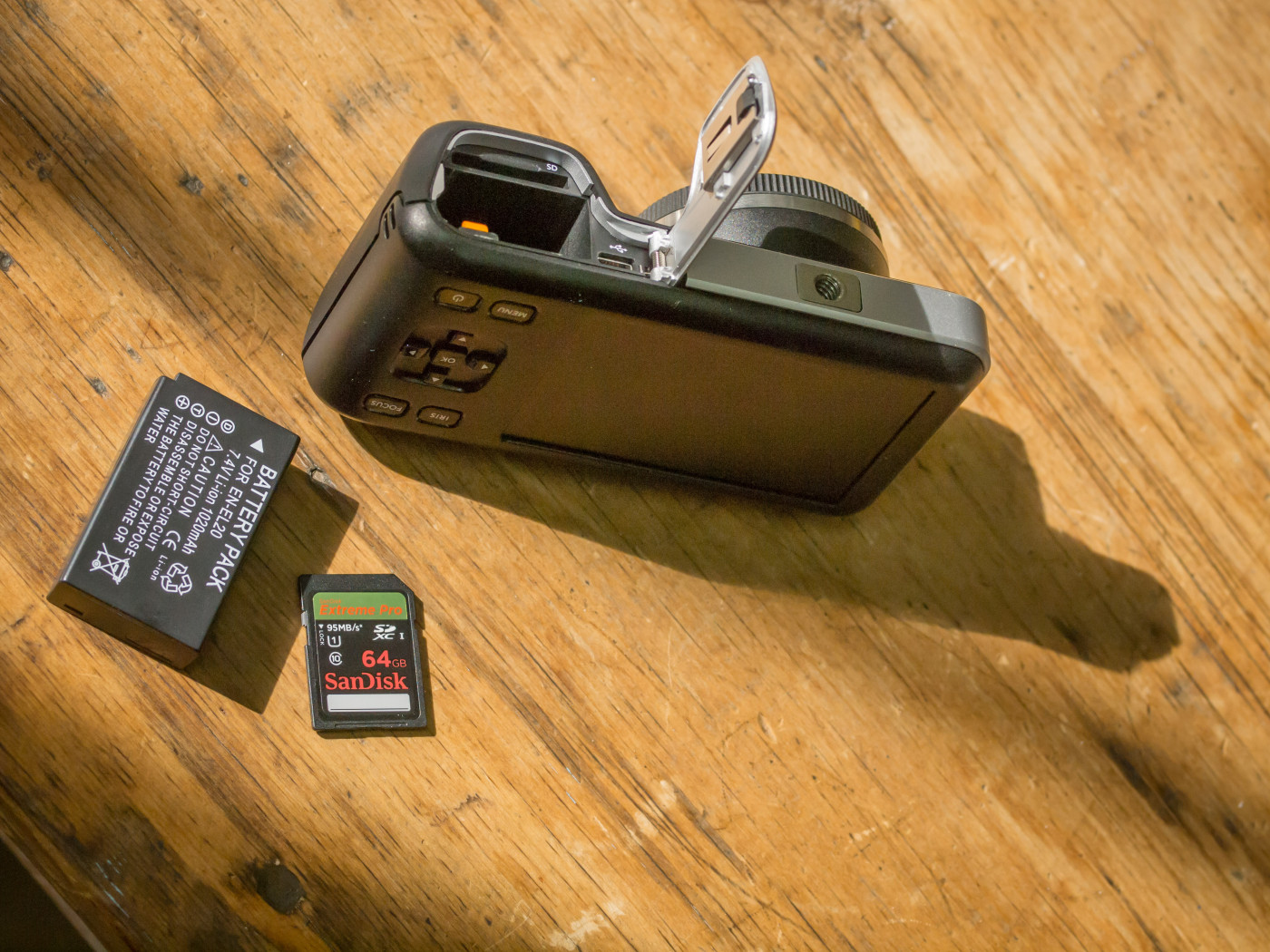 The 4k Super 35mm version will be of huge interest for a lot of people for a number of reasons:

The specs of the S16 pocket one are:

So the 4k version is priced at £2700+VAT and the pocket one at £699+VAT. Both incredible prices for what they do, but they do raise a number of questions.

With the announcement of these cameras, have they made the current two for sale obsolete? John Brawlsey says no. I am more hesitant. Here are the my thoughts both for and against the obsolete statement…just my opinion, so feel free to disagree! This is for the 4k camera not the pocket one, which for me seems a no brainer spec and price wise (although as I always say the proof is in the pudding. Once I have tried it then I can actually give a proper opinion, until then it’s pure speculation)

Super 35mm is way more desirable than the 2.3x crop of the original Blackmagic sensor which is not one thing or the other. S35 is the industry standard and is hugely desirable. It apparently has inferior dynamic range and less sensitivity. So there is a cost. Not a massive one though. They say 1 stop less dynamic range. Again, until this is tested, it’s hard to say. S35mm wins for me. I am still waiting for official word on if its a ccd or CMOS sensor. If its CMOS Sensor with global shutter that is impressive!

This is a no-brainer. Lossless compressed is enormously desirable. The raw in the current camera is way too inefficient. Although this lossless compressed raw won’t be in the 4k camera from day one. Prores only, at first. It’s a “future firmware upgrade”. If this firmware comes out not long after the camera, then great! If it doesn’t…well let’s just see!

Now for me, if I was deciding between the 4k and 2.5k version now and they were both available in the shops now, I would get the 4k one. It makes way more sense. But the unknown ability about full hd from the 4k is important to know…

I would love them to bring out a camera more designed for docs and run and gun…neither of the new ones really fit that bill …we need better ergonomics and audio….more like a proper camcorder.

Now Blackmagic have a PR issue to sort out here too. They have all these people who ordered the EF mount version and have waited patiently (and some not so patiently) for them to ship, the vast majority still don’t have cameras, even though they ordered them a year ago. A lot of people also switched their orders to the MFT version when that was announced in September….this is also still not shipping. I only just tested a BETA version the other day. Now they have announced an effectively better camera with the 4k version for a comparatively small amount more money. I am sure many will now switch again, and for some this would be their 3rd Blackmagic camera order without seeing any of them! Then there are the people who have only just received theirs, and suddenly their camera is almost obsolete. It’s technically not though, as the camera is no worse today than it was yesterday just because new models have been announced. I don’t even know if the current ones are being discontinued. If they were, then yes, the obsolete argument could be used. If you buy a camera one day and the next day the camera has been dropped then that is an obsolete camera!

To announce new cameras before coming even slightly close to supplying their pre-orders is not necessarily good PR. It is great to have innovation and features at this price point, but with a shipping announcement of July for the new cameras, how many people will be worried as to when they will actually get them. If you ordered the EF version in April last year and have not got yours yet and are about to change it to the 4k version, you could be looking at a hell of a long time waiting to get your Blackmagic camera from that first order! If you have been refusing to buy any other camera (or worse, sold you camera to pay for this) because you kept on thinking yours would arrive soon, that’s not great.

I am a big fan of announcing your new product on the same day as you can order it. RED pissed off a lot of people with the Scarlet debacle. Finally, shipping cameras hugely late that resembled the originally-announced cameras in nothing but the name. They learnt their lesson from that and change their whole marketing. This whole announcing stuff and not bringing it out for months and months I hate.

BUT lets not forget how truly great what Blackmagic are doing and how they are pushing so hard and so aggressively at that price point. They have to be careful though. They need to deliver on their promises and get these cameras to customers soon. I also think they should not announce any more cameras at next year’s NAB….let’s catch a breath can we please? 🙂

In fact this is a thought…after this, can we not have any new cameras come out for three years please? I would say 5 ideally but that may be too long for some people. So with that thought here is my open letter to all camera manufacturers! 🙂 (Now some people don’t get my sense of humour so I have now added these words…this is TONGUE IN CHEEK!)

Dear Sony, Panasonic, Canon, Blackmagic, Red and everyone else who is making a camera,

Please just stop! Please stop bringing out new cameras and stop announcing them. Just go back into your top secret bunkers and concentrate on refining and perfecting your current ones and ideas for your future ones. Let us filmmakers have a chance to really enjoy our purchases, really get the best out of them…because you know what? The cameras out there today are incredible and there’s one for every budget. We don’t need anything new. Not yet. There was something special about owning a camera for years that was wonderful and wasn’t replaced a year later! Look at the Panasonic DVX100…a marvellous camera that for years was the darling of the no budget filmmaker, or for the broadcast the ever reliable Digi Beta. A lovely camera that for almost 10 years was the main camera for the industry.

In 3 years time, it would be incredible for you to all reveal what you have been working on AND have them ready to ship. I know you would blow us all away. For now, can we just be happy in our current relationships? It’s nice to be monogamous for a while, you know? 🙂

P.S. My accountant has asked me to write this! 😉

P.P.S. I pre-ordered both of the new Blackmagics…any high speed Canon cameras coming out soon?!

Please remember specs tell us only part of the story…never trust them. The proof is always in the shooting and working with them!

So there we go. NAB day one. I won’t be doing much posting here but I will be talking! You can catch me at these times:

Monday 1pm KESSLER/ ZACUTO booth: Keeping the passion alive…how to stay creative and not fall out of love with filming.

Monday 5pm KESSLER/ ZACUTO booth: A general Q&A session where I will answer all the questions I can in the allotted time! A chance to get advice, ask those burning questions and much more!

Tuesday 1:30PM Live online at the TERADEK booth: You can watch that online here and here. I will be talking about new tech and will be discussing with my good friend Dan Chung.

Tuesday 5PM MILLER TRIPODS stand: “How to make it overnight!” A tongue in cheek title for a talk Q&A about how I got to where I am today and how what I did can help you!

WEDNESDAY 1pm KESSLER/ ZACUTO booth: A general Q&A session where I will answer all the questions I can in the allotted time! A chance to get advice, ask those burning questions and much more!

For more info on the two new blackmagic cameras here are the official brochures. Enjoy and remember…they are just tools! 🙂