NAB 1: Got my Zacuto EVF and got to see the Epic EPIC first hand…helloooo gorgeous, with gorgeous footage from Jason Wingrove 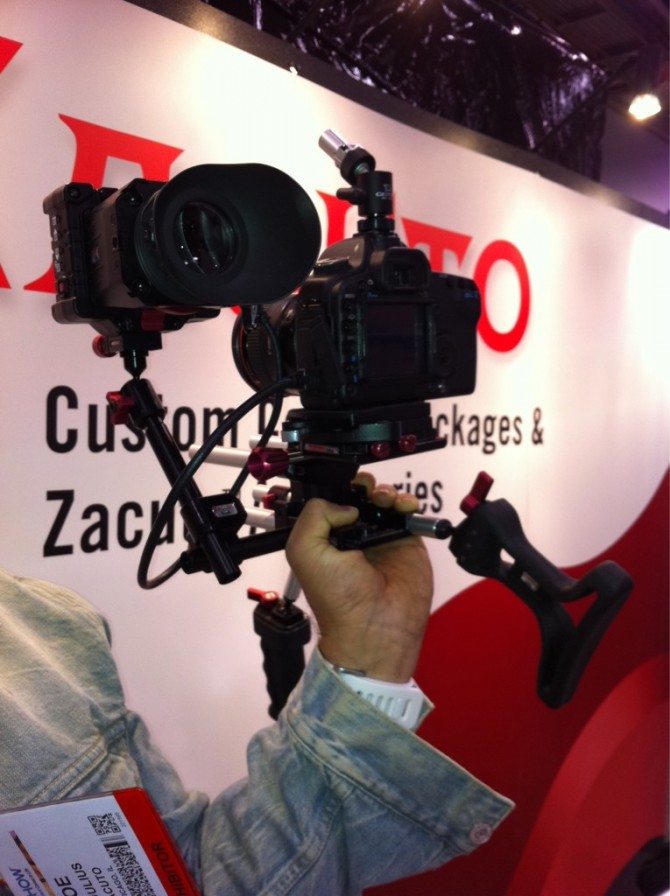 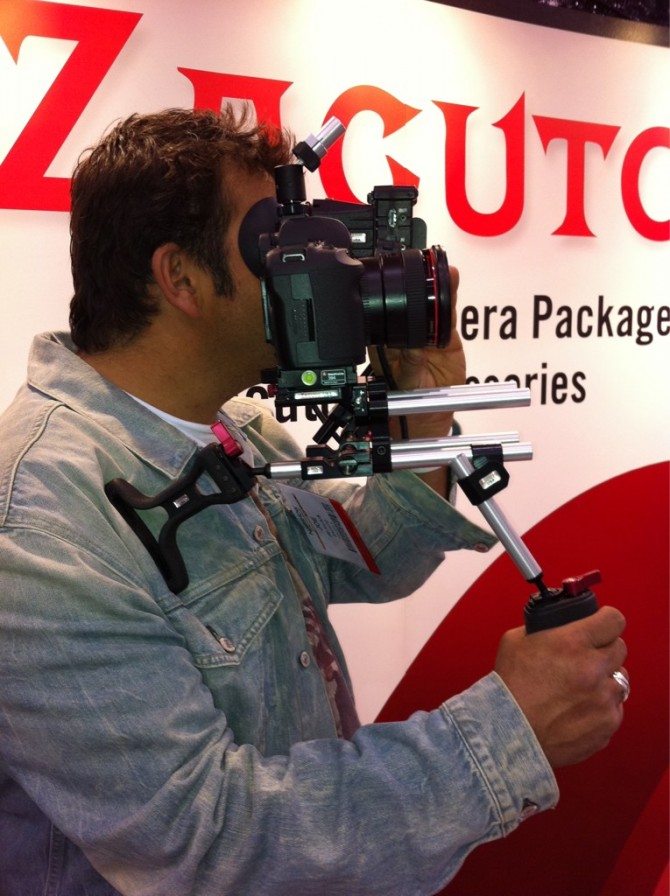 I will doing as many posts during NAB as I can…fun permitting. Here is number one!

So here I am in Vegas. In a much healthier state than I was in last year. Great to be here with so many friends, that’s what NAB is all about for me. The people, seeing old friends, making new friends and meeting people in real life that I only know from twitter/ facebook/ my blog…that’s what NAB is all about it. I always preach it’s now about the gear, but I am here at a HUGE event which on the surface is all about the gear but it truly is the networking that makes NAB special.

Last night I had dinner with Jon Connor, Cristina Valdivieso, Tyler Ginter and Steve Weiss. I then met Mike Seymour and Mickey Jones for drinks in the abomination that is the Paris hotel. As a frenchman it’s cringe inducing being in there!! THAT is not Paris, like the Venetian is NOT venice, although Excalibur is exactly what medieval England was like  😉 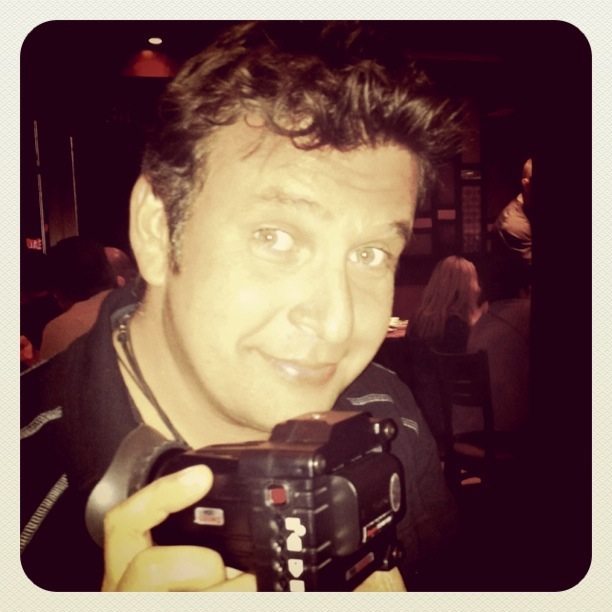 Steve Weiss brought a near production Zacuto EVF with him for me to play with. I am biased, Zacuto are site sponsors and Steve is like my brother but I hand on heart was amazed by it. Smaller than I thought and MUCH lighter. The screen is incredible, the dot pitch is so tiny I simply cannot see the pixels and the options are endless, the auto-scaling on record with the 5DmkII is as sharp as the original signal. I also jumped up and down on it and it had no problems. This is one TOUGH little bugger! I will be doing some more tests with it today and tomorrow so stay tuned. I love the Cineroid that I have but this is much much better made and better quality with better features. Check out my very silly strength test below and the fantastic video that Karen Abad made for them…the drop test at the end is brilliant….12 foot!!!

Helpful timestamps to help you navigate through the video: 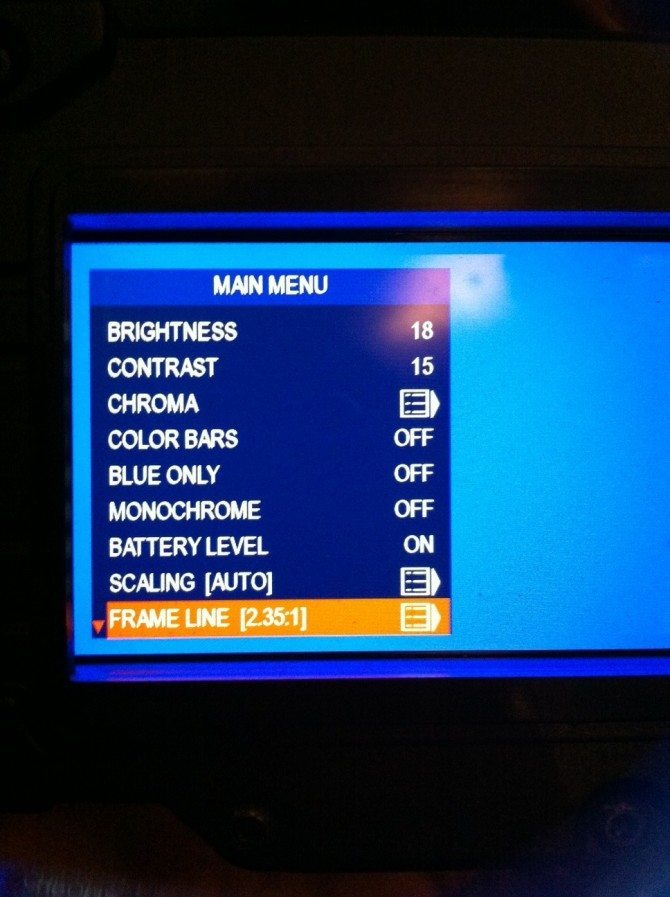 This was awesome, but the most exciting thing was Mike Seymour from FXPHD brought his RED EPIC with him. Stunning. Well, I haven’t shot anything with it but holding it, operating it, the menus…everything about is was just super sweet. The touch screen LCD with simple access to all the major settings is a world away from the Red One. I held this and changed the ISO is 10 seconds without going into any menus. It’s small but quite heavy due to it’s metal casing and heavy duty PL mount. This is one robust camera. Mike was telling us about the dynamic range on it being incredible.

I say again and again and again, it’s not about the camera but in this case, screw that. I want this camera more than anything. it’s incredible. Now I just need to shoot on it….lucky old Jason Wingrove, my good friend from Australia already has and has shot this lovely piece below. Read what he has to say and watch his film. Stunning. I am sold. I just need to find some money, a lot of it…maybe I need to go to one of the tables downstairs and put all my kit on erm…red at the roulette table??? 🙂

FROM JASON:
I’ve shot with everything from genesis to Alexa for my professional work and done a tone  of DSLR work for personal projects so i was keen to shoot with Epic to see if a pro camera this compact could fit into the way i shoot reality on my 5DMkII.  The Answer? surpringly well.  While epic is a little heavier.. about 3.5Kg with side handle and onboard monitor but still quite happy on the same 75mm bowl Manfrotto 504 tripod i use for my 5D.
What puts the Epic ahead of the original Red One is its ability to shoot at 120fps without having to reduce resolution and crop the sensor.  We had a quite overcast morning so didnt need the HDRx mode that gives vastly extended dynamic range, switching this option on would have reduced our top speed to a not inconsiderable 96fps.  The detachable side handle is pretty impressive, giving you a tonne of customizable buttons and the ability to control all the menus with the scroll / joypad control all will be familiar with in current DSLR’s tho the convenience of having the ISO, Shutter speed and angle, compression ratio, HDRx level and fps all as easily set as the clock on your iPhone is hard to beat.
Of course it doesn’t completely replace a DSLR.. theres still something completely stealthy about a dslr that can shoot HD images but I think this is a significant leap from the comparatively big and heavy RedOne and whilst theres still some tweaks to get some things 100%, its impossible to find a camera that comes even close.  A camera thats capable of 19+ stops of dynamic range, gives me 5K of raw images at 120fps and in a format i can carry like a DSLR and lets me take it from the studio on friday to a Sea Pool on the weekend.. incredible. 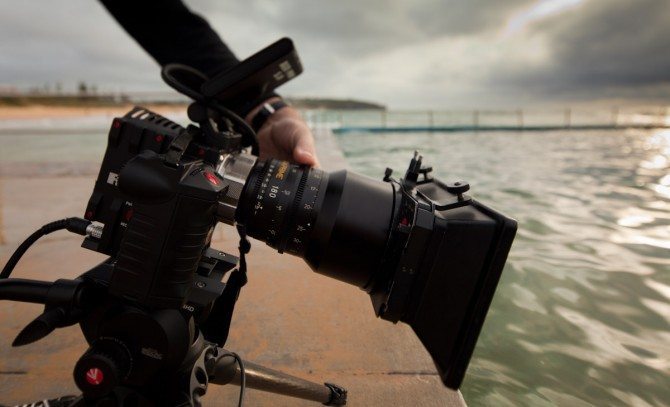 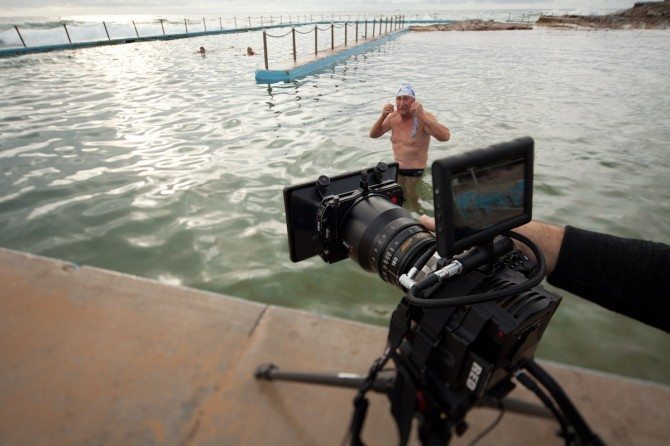 Switch ‘HD ON’ for best results

Thanks as always to Mike Seymour for bringing #123 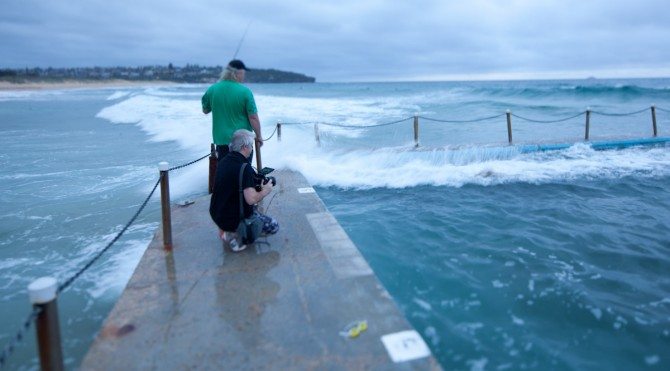 Oh…one last silly video…S95 in miniature video mode x20 with the Delkin Suction Mount on my rental bonnet on way to Walmart. All straight out of camera!