My latest thoughts on 3D

Earlier this year I did a post on 3D, whether we like it or not it is here to stay. You have three options. Totally ignore it, embrace it fully or be cautious like me.

I have seen many films in 3D, both shot in 3D and post processed. None of the post processed films like Clash Of The Titans did anything for me. In fact I hated it. I am sure it was a better movie in 2D (but still probably not a good one). 3D NEEDS to be shot in certain way, it needs to be edited differently too. Fast cuts hurt your head. Your brain often needs to sync with what is happening. COTT just made my head explode like they do in “Scanners”!

Avatar was interesting. I didn’t really dig the story. I appreciated the effects and the work that went into it, but it still felt a bit like a pop up book rather than 3D.

Since then I have seen a few animated films. Despicable Me was easily the most impressive animated 3D film I saw. I actually loved the 3D. A first for me. I saw Voyage of The Dawn Treader and the 3D added nothing to me, I wish I had seen it in 2D.

But tonight something happened. I saw something that  has made me re-evaluate things, to a degree..I saw Tron Legacy.

Tron was one of my favourite films as a kid and if you haven’t seen it go check it out. One of the very first films to use computer effects in a movie and way ahead of it’s time both visually and conceptually.

The sequel has just come out and I don’t want to give away an spoilers but I have to say it was easily the best 3D movie I have seen. Part of the reason was it was 3D for a reason, it was the first time it did not seem like a gimmick. Every trailer that preceded it did feel like a gimmick. CGI animated film after CGI animated film and there was even 3 trailers for bloody Gulliver’s Travels! Talk about overkill.

The film starts out in 2D and despite the message at the beginning to leave your specs on the whole time I totally disagree. Those glasses are not good. They make things look murky, dull the exposure and make everything look just a bit too dark and nowhere near  as nice. Claudio Miranda’s work in the real world is beautiful. Please take those glasses off the them. Then we jump into the virtual 3D world. It’s a bit of Wizard of Oz moment as when Dorothy landed in Oz, going from B&W to colour. The impact of being there and being in 3D worked so well. Not just that but everything was so well thought through. The shots were held long enough, the 3D did not feel like pop up book. Very little shallow depth of field was used. Lots of deep depth of field which works so much better with 3D. It was simply a stunning movie visually. One of the best I have ever seen. Yes, most of it was done in CGI which of course makes the 3D better as you can tweak it to perfection but this was a vision fully realised by first-time director Joseph Kosinski. It was a triumph. I never thought I would say this but I loved the 3D and am so glad I saw it that way for once. I enjoyed Avatar so much more in 2D on my blu-ray at home! This I only want to see in 3D!

The movie itself was thoroughly enjoyable, I love it. I saw it with someone who had not seen the original and she loved it too. So there you go. 3D can work…but NOT for every bloody film please. There needs to be a reason, but I am realistic and I know that won’t happen. What really bugs me is movie theatres charge you more to see the film in 3D and some even charge you for the glasses. There really is no reason to charge more to see a film in 3D.

So I have made VERY tentative steps into 3D. I know clients are already asking my thoughts on it and I am VERY hesitant.

Currently I have two devices that can capture 3D images and video. I have a cheap and cheerful Fujifilm W3. It is leaps and bounds better than the W1 and it captures great 3D stills and 720p 3D video. It has a wonderful lenticular screen on the back so you can actually view what you have shot in 3D without glasses. It really is pretty good. Sure, the video is a bit ropey, noisy, terrible in low light but in the right conditions it can deliver some pretty nice stuff.

I also have bought the 3D lens for my Gh2, it’s stills only but with a simple hack you  can get it to shoot video, even with my AF101, albeit with a loss of resolution. It’s 12.5mm (25mm full frame equivalent) and is set a F12. Why? Because deep depth of field is needed for 3D to work properly. It’s about 200 quid so not too pricey. I haven’t shot anything with it yet but I am, as soon as my timer remote for my GH2 arrives, going to shoot some 3D timelapse. Now that should be really nice. 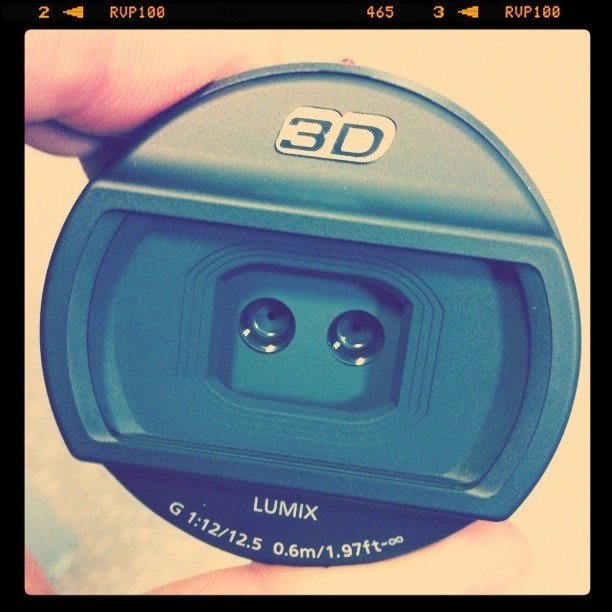 I have a Panasonic Viera 3D TV at home. I needed a new TV so I bought one with 3D, why? If I am to experiment and try this out I need a way of seeing what I am doing. So at least I can see the what the 3D looks like with it. It has the net built into it so I can view videos I shoot in 3D uploaded onto youtube which support proper 3D, er properly!

So, do I love 3D now? Nope. I still mostly hate it. I really hate the idea of taking older movies too and post processing them. Please no! It’s a gimmick to make more money for studios and the only good think it has done is get some decent projectors into movie theatres…But Tron Legacy  has given me a 3D film that I love and I didn’t think I would be saying that so soon…I really recommend seeing it. I will be going again soon.

But for me now, the same as when I did my last post. 2D is my love. I am certainly not anti new technology, quite the opposite. We are still at the embryonic stages of 3D and there are so many issues with it, not least the glasses. Things will get better without a doubt, in time. Technology is always improving and soon, we won’t be wearing glasses at all! Now, that is when 3D will start to interest me much more as long as it is used to enhance the film not just make more money. After all if directors like Martin Scorsese are shooting their latest film in 3D there must be something in it. He has such integrity as a filmmaker I am fascinated to see what he will be doing with it. 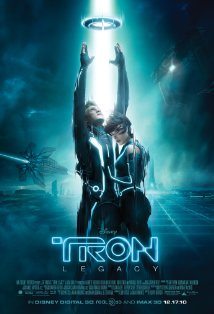