Monument Valley is a place I have been desperate to visit for all my adult life. Ever since I fell in love with the John Ford movie “The Searchers”, simply the greatest western ever made and majestic to look at it, Cinematographer Winton C. Hoch captured Monument Valley in the most perfect way using the legendary Vistavision film format.

The film itself is epic and if you have never seen it then get on itunes now and download it! The locations used are 0ne thing, but the story and everyone in it will simply blow you away and they have the most perfect beginning and end shot ever put to film. I think they are responsible for my love of bookends. Below is the opening shot. I didn’t want to embed the closing shot too, if you have seen the film you know it, if you haven’t buy the movie…you will not regret it!

Anyway, that is a long winded way to get to the point of this film. As many of you know I have been in the US since early June doing lots of varied work, I have come to the end of my trip and before I went home I simply had to go to the place I had always dreamt of going to, so from Idaho ,where I was shooting a doc which i will do a blog on soon, I drove for two days, 1000 miles down to Monument Valley. I did not want to fly as I heard the drive was spectacular. I actually filmed the entire journey which I need to edit soon!

I have done an in depth commentary to play once you have seen the film. You need to hit pause when I say so as 5 minutes is not enough to tell you everything that I want to tell you.

Stuff that is not in the commentary. I used 2 Gitzo traveller tripods, a gorillapod, miller Solo DS20, and the manfrotto tripod with 503 head. I also used my new Kessler Crane Signature Edition Pocket Dolly which goes on sale for $995 in September. Pre-orders will be taken soonish I believe. If you can’t afford it check out the Pocket Dolly V2, is great too but doesn’t have the new gearing, drag control, feet or bag. 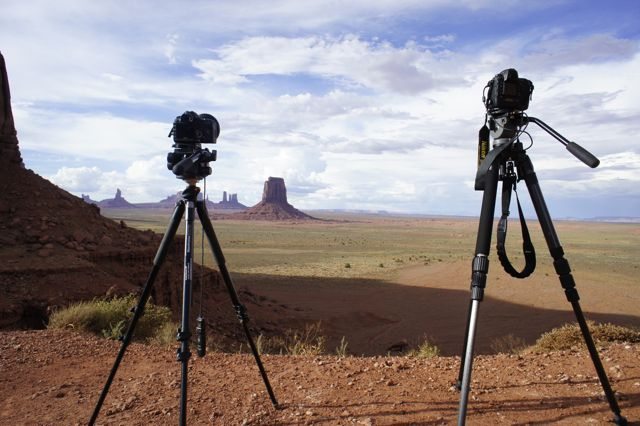 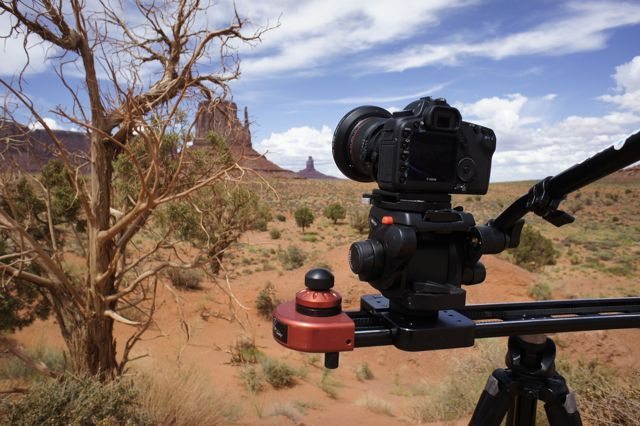 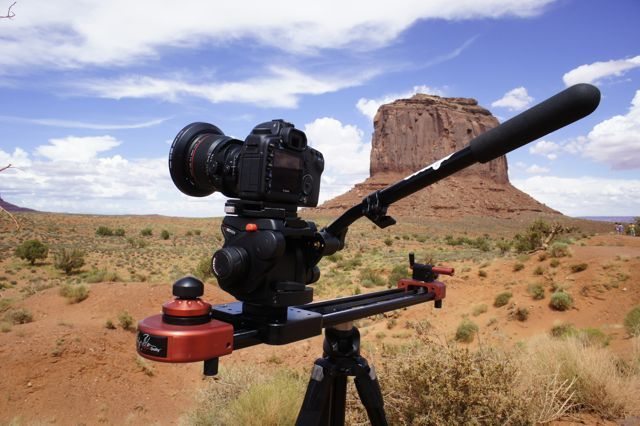 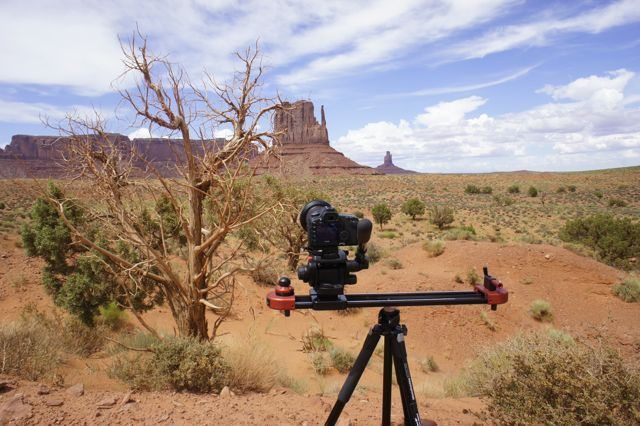 ALSO, lots of timer remotes, 3 power supplies and a brilliant battery brick for the 5d/ 7d by Switronix. it’s the Powerbase 70 and gives you about 6 times longer than a standard battery, it also has a d-tap out to power other things. ESSENTIAL for timelapse. I did have 3 power supplies for the cameras but one of them is 3rd party and this caused an issue. In the hotel there were LOTS of power cuts, every time this happened the Canon ones simply restarted, the 3rd party one said “cannot communicate with battery” which made it useless. It was $50 so it’s fine for normal use, just not here. That is when the fat battery of the Nikon D3s which goes on forever, the 1dmkiv and the Switronix battery pack saved the day.

For the timelapses I shot AV mode mostly which causes lots of flicker, had the F stop around F5.6 or so, interval I believe was 7 seconds as I used 64gb UDMA cards so had the space to fill them up. Quality was medium or large. Yes lots of flickering so I used the FCP plug in called “long exposure” part of CHV ELECTRONICS Time Collection which costs $40. Bargain! I use it for almost all my timelapse.

The amount of time between shots comes down to two things, space on card and how long you have. You need 24 photos for a 24p video frame so keep that in mind. Too few photos and the computer needs to work them out, too many is fine as you can speed them up! Most of the nightime exposures were relatively high ISO of around 1600 with 30 second exposures as it was SO dark. When the cloud cleared and the moon came out the ISO could be dropped right down.

I stayed for one night out of three in “The View” Hotel. You have to stay there. It’s worth the $200 for this basic hotel as the view literally is breathtaking. Most of the shots in the second half of the film were taken from my hotel balcony. 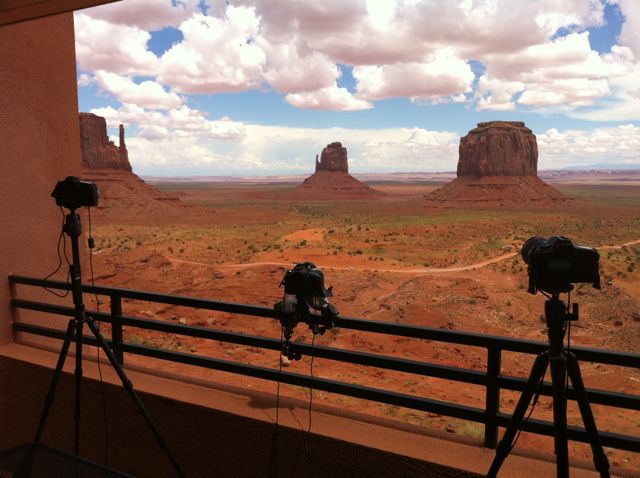 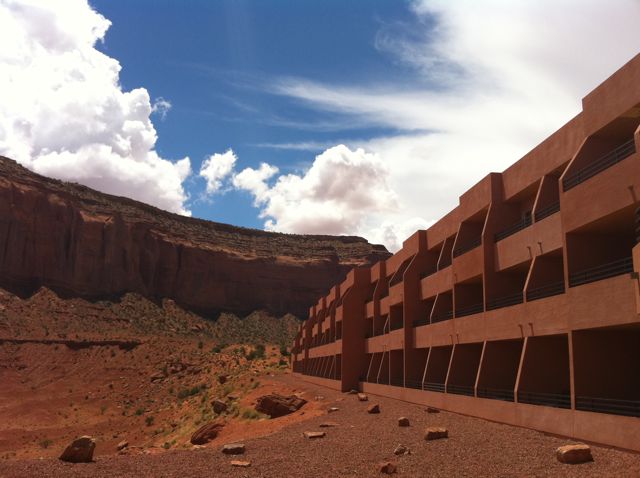 To make sure the cameras were ok in the rain i covered them over with plastic. After my 7D died in Florida (still waiting to get it back from repair a month later!) I am very cautious about this weatherproofing now!

So, yes , I used 5 cameras at once. Not in the grasp of most, but this was simply as I needed to maximise my time, with two more days and just two cameras I could easily have done it. I wish I did have more time…I will certainly go back!!

1 5Dmk2 for video. Shot in 30p as was new and it didn’t have the new firmware on it incredibly so conformed to 24p in post. No big deal. It’s upgraded now!

5 intervalometers (timer remotes), 2 official canon ones, 1 official Nikon one and 2 third party ones.

Oh, all graded as usual with Magic Bullet looks, 20% of at checkout with code bloom20. Cropped to 2.35:1 in FCP using the built in plug in “widescreen”.

Anyway enjoy the film and do listen to the commentary. If there are any of my films you would like commentary of let me know!

For a full description of shoot and gear please visit my website and also a 12 minute commentary.

The photos below show you the number of cameras I had going at one time as well as “The View” hotel and my crappy Ford Edge rental that got stuck in the sand 🙁 !!