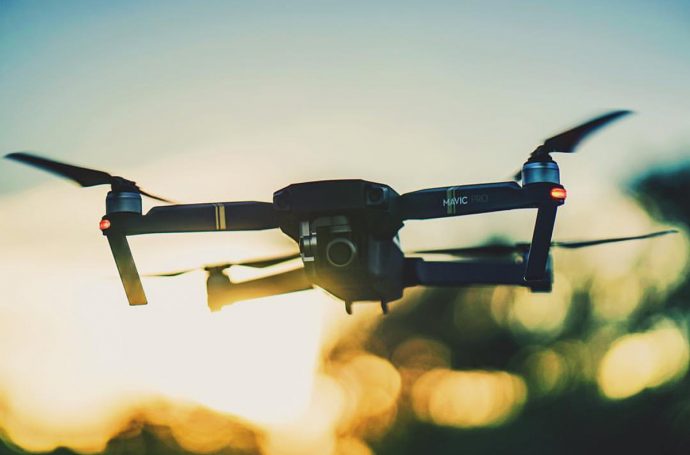 ETHICS STATEMENT: DJI supplied me with this Mavic Pro to test and use (I also have an order in for the Mavic Pro package from them). There were no conditions from them at all. I have done work for DJI in the past with the launch of the Inspire 1 and the Phantom 3. They did ask me to be part of the launch of the Mavic Pro, but I couldn’t do it due to prior commitments at Photokina.I do not take payment for reviews; my opinion is always my own. This video review was done in my own time. You can help support future video by using links on my site to buy through affiliates where I get a small percentage without costing you any more.  For more on my ethics read my statement here.

I have only been using drones for the past two and a half years, and in that time the technology has progressed at an insane pace. My first drone back in Feb 2014 was a Phantom 2 Vision. A nice drone with an awful camera. Since then, I have owned the Phantom 2 with Zenmuse H3 for GoPro, Phantom 2 Vision plus, Inspire 1, Phantom 3, Inspire 1 Pro, Phantom 4 and Inspire 1 Pro Raw. I have also bought drones by Parrot and a number of awful ones from Kickstarter that I regret enormously!

DJI is a company have become enormous very quickly thanks to their drones. Whilst there are other companies that make drones which are in the same price category, it is DJI who easily dominate the market. GoPro recently announced their much-delayed Karma drone which looks really cool with its folding arms and removable gimbal. It looked like someone was finally going to challenge DJI, but just a week after GoPro announced the Karma, DJI dropped this on the world: also folding, but much smaller, tiny in fact. I would still love to try the Karma, as I sort of prefer the GoPro image in some ways (ProTune basically), but I also much prefer the lack of distortion from the DJI cameras. Hopefully I will be able to try one at some point!

Like countless others, I placed my order on the day of announcement, and I am waiting for it to ship. Thankfully, DJI sent me one of the very first production models off the line to try out in the meantime.

It is a cracking little drone that, even now looking at it, I cannot quite believe it exists – the size of it is quite incredible! Here it is below in my Compagnon messenger bag alongside my A7RII, two lenses and LOADS of other stuff! 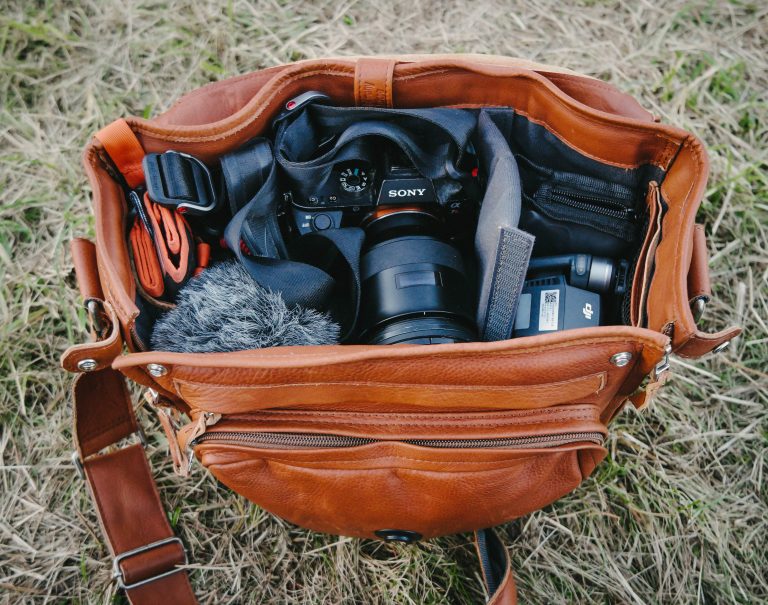 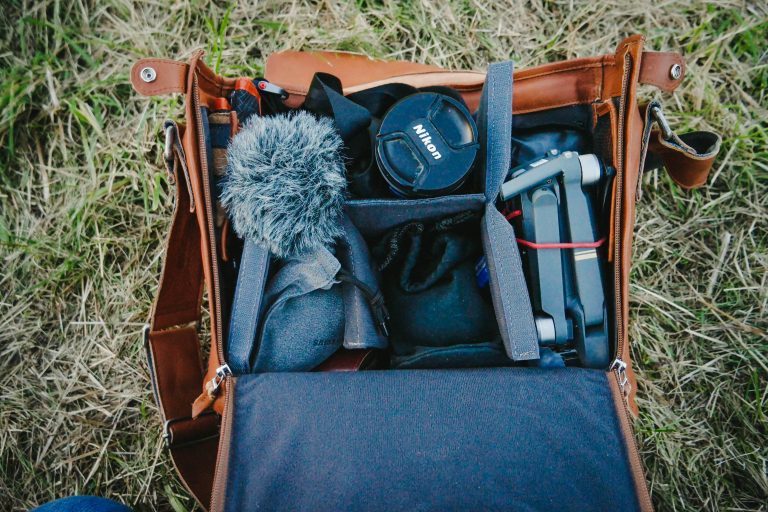 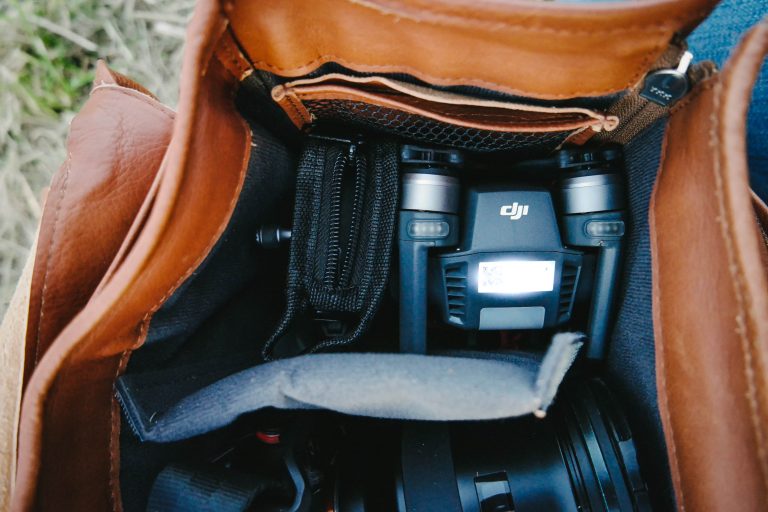 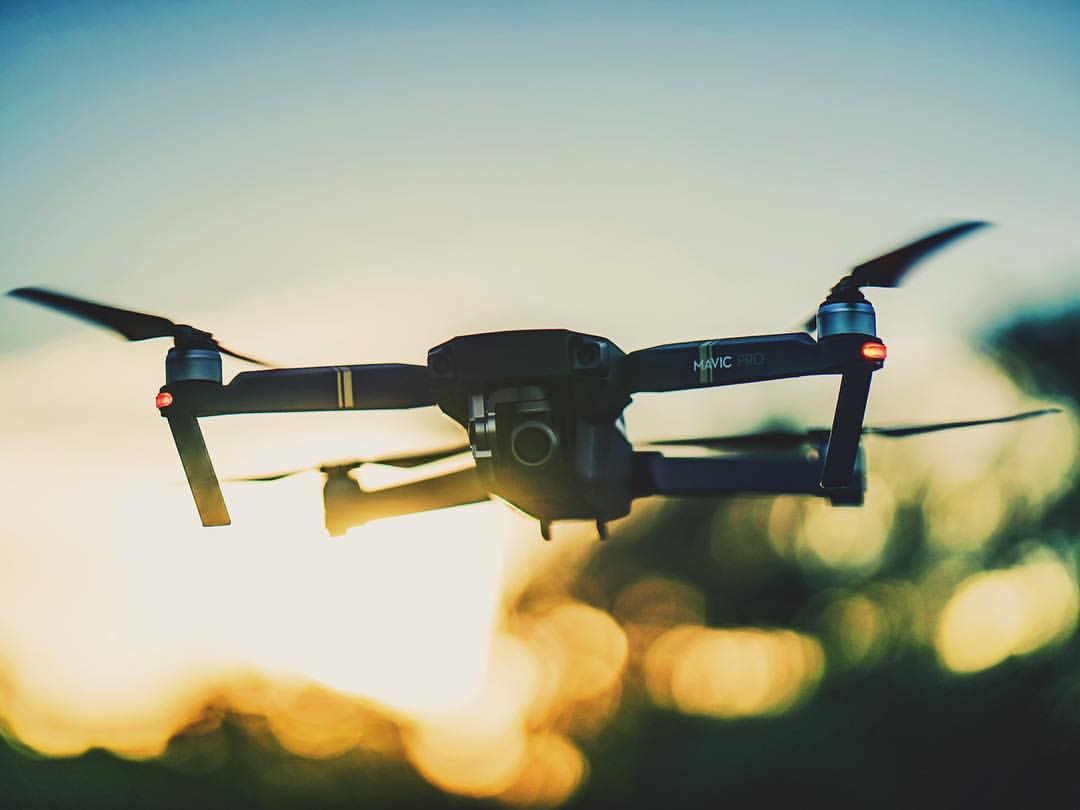 Most of my thoughts are in my vlog. Whilst I do call it a review, it is and it isn’t. Having only used it for two days, my experience with it is too limited for me to really call it a full review. Think of it as a first impressions review.

Here are a few more thoughts since making the video

Portrait mode makes a lot of sense for panoramic photos
It seems the blades don’t get into shot as easily with the Mavic compared the P4
If you are on the fence between the P4 and the Mavic I would say for me the size difference is a huge factor. I will taking the Mavic with me everywhere more or less because of its portability
I still need to do a lot more tests to confirm the image quality is the same as the P4. I will do this soon.
Make sure you get 3 or more batteries. You will want to fly this thing.
When will DJI improve their codecs???
ATTI mode seems to be missing for sure, yes you get it before GPS locks on and indoors but you cannot manually select it.
I think profile wise I am going to stick with ART -1 -1 0 for now. Same with the P4
I need to try out “tripod mode” as that looks great for timelapses and slow smooth moves EDIT THIS IS NOW DONE AND ADD-ON VIDEO ADDED BELOW
In the video I don’t try out everything that it does, just enough to get a good understanding of it. So I don’t cover most of the autonomous modes, the sport mode, most of the resolutions, live broadcasting, and a few other things. There is a lot in the review though, and I do compare it to the Phantom 4.

I hope you find it useful! Hopefully soon I will get some more batteries so I can take the Mavic out somewhere further afield and shoot something lovely. Once I do that, I will of course post it here and on my social media!

EDIT: I have just added an add on video covering the excellent “tripod mode” which lets you really get fine control for intricate moves.

How did they make it that small!?

Enjoy the vlog review and check out some of my drone work below it!

After making part 2 above I took it through a dense wooded area to do some more shots with this very controlled mode. The aim was to get some cinematic moves, working solely off of the visual positioning system alone as the trees stopped GPS getting through and all controlled manually of course!

It was very dark in the really dense areas and I had to put it up to ISO 800 which I would never normally do. ISO 200 is as high as I would go normally with the DJI cameras as the noise coupled with the compression is way too bad. So please forgive the image issues with shot 2. I wanted to do the move and knew the only way with such bad light was to pump the ISO. Dropped to 1/25th of second would have also looked awful and too blurred.

This was shot 4K 25p but I have edited it as 1080p as the image in shot 2 looked even worse in 4K! As that shot was the best to illustrate an impossible jib/ dolly shot it had to stay in. These are still tests after all. Until I get more than one battery that is all I can really do!

None of this has any post stabilisation or speed change.