I have done loads of meet ups, mostly across the pond, but FINALLY I did one in London yesterday and I hesitate to say it but I think it was the best yet. Certainly the biggest. We had at least 200 people there despite atrocious weather just before it started and we stayed shooting till dark then went for some grub, then I gave a lift to Victoria Station to some the more far flung people from Galway, Paris and Oxford via Haarlem! 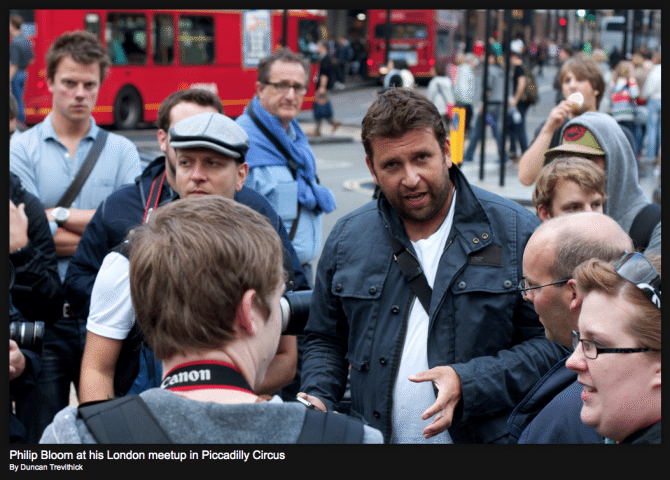 I had a lovely time meeting everyone. Really sorry if I didn’t speak to everyone. I tried to!

Whilst there I did a number of test timelapses using the 1DmkiV, 17mm TS, my Vinten fibertec legs, Revoultion head,  and the amazing “Smartlapse” BETA software on the Oracle from Kessler Crane. The concept is simple, with the Oracle you can program any realtime move over the three memory presets. With it you can do anything you want, you have total control with the joystick over the 2 axis and then save them in memory to played back remotely without you touching the controller. This is great for video but the cool thing about “Smartlapse” is you can tell it to do that same move about a set period of time. The software I had is in BETA so all the bells and whistles were not there but it worked just great as you can see from the little video below. I mapped out the shot I wanted live then played it back over an hour or so for each shot. Varying the pan and tilt and the speed. Shame I had the last one in AV mode and not manual as the very bright advertising board kinda screwed it up… but its a lot of fun and is going to make timelapsing with both the Revolution head and my pocket dolly/ Cineslider a lot easier as I can put in speed changes which is going to be awesome. Kessler Crane will add it to the Oracle to a few weeks when they have perfected the software. These are far from perfect moves. My first time trying this…I am sure the moves will be a lot simpler for “real shot”…this was just seeing what it can do so the moves are a bit crazy but that is what experimenting is about, right?

The first shot I did by simply moving the camera 90 degrees on the head so instead of titling normally it made the camera spin on it’s axis. Very cool.

So don’t forget the competition for best film of the day. There is a vimeo group up. So add your film to it of the day only and you have a chance of winning a $500 Kessler Crane voucher for their shop! You have until Saturday to submit.

Here are some of the films made so far: Great stuff…very inventive

My journey to London meet up (Philip Bloom) from Filippo Chiesa on Vimeo.

London Meet-up with Philip Bloom from James Miller on Vimeo.

Shot this timelapse during The London Meet up at Piccadilly Circus London, 14 Augustus 2010.

I used Lightroom for the (minimal) colour correction.
Editing done on my good old white macbook with FCP.

The music is from Minus, from the free music archive. 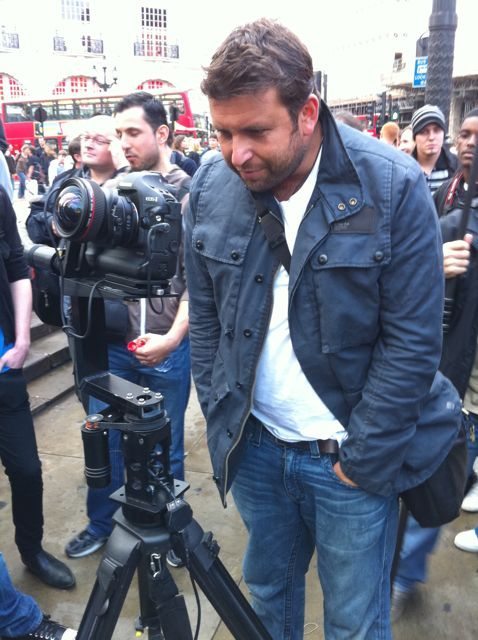 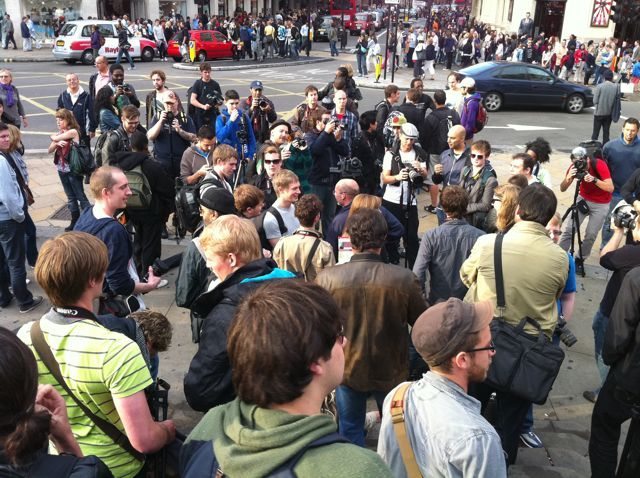 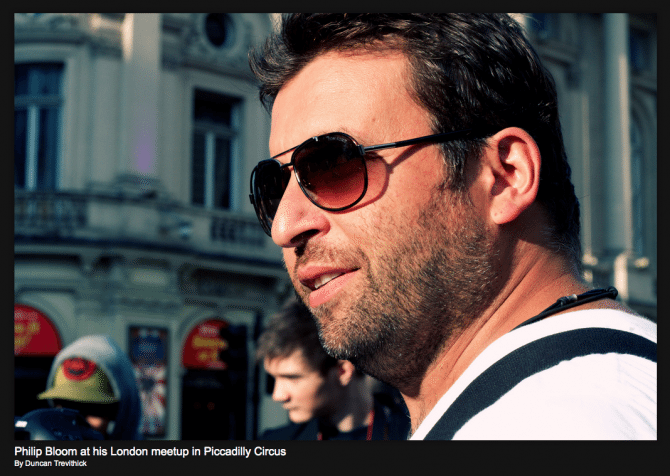 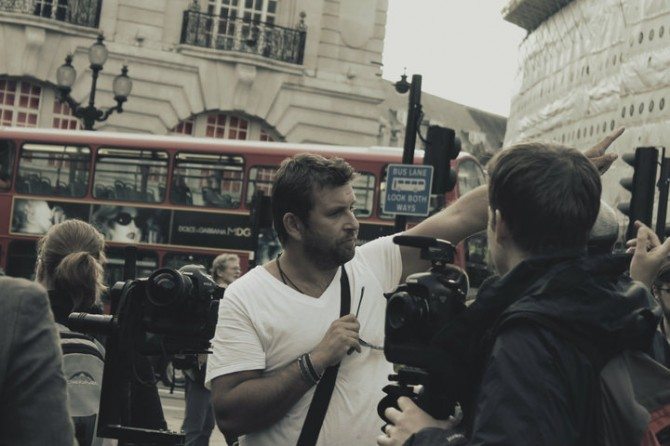