A quick look at the iPhone 6s 4K with video example! But do we need 4K in phones? 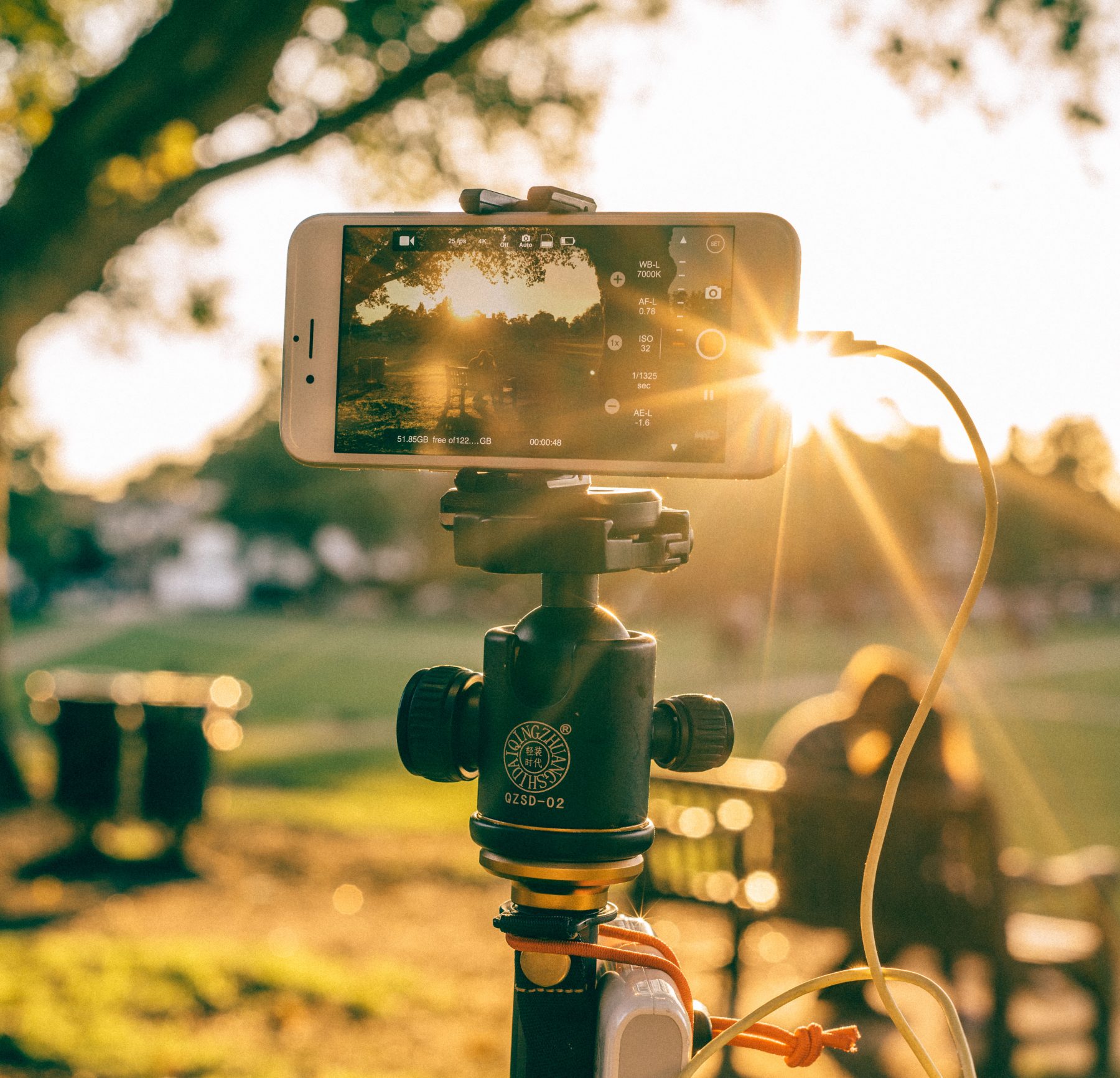 Ethics statement: FilmConvert are affiliates of mine. If you make a purchase with the discount code in this post, a small affiliate percentage goes to me which helps with the running of this site. The same goes for other affiliates featured in this post (although FilmConvert is the only one with a discount code!) I have no affiliation with Apple other than being a customer for many years. For more on my ethics statement click here.

I apologise for being a bit sparse with my blog posts. This will change as of now – shooting “The Wonder List” season 2 has been all-encompassing and we are now halfway through…I have a series of posts almost ready to go about the choosing of the gear and the shooting of the show. Before then here is a little post, well a review I guess, of the 4K out of the iPhone 6s. I also apologise if I come across as a right grump in this post, I did my back in last week whilst checking the 9 cases of gear at Las Vegas airport to come home. So I am in quite a lot of pain still, and that makes me GRUMPY!!

There wasn’t a plan to do a post on the new iPhone or to even shoot anything with it…but I went into Richmond today to stretch my legs and keep mobile and its good for the back, plus I thought I would shoot a little something with my new phone for fun, as it was such a lovely day. The light was gorgeous and there was such lovely moments that I had to make an edit of it, and therefore the post came naturally. Albeit a grumpy post. Yes, 4K is new to Apple with the 6s and 6s plus (the plus has OIS, which the smaller phone does not have) but it’s been 2 years since Android phones first had it, as I covered in my post about the Samsung Galaxy Note 3.

Since that post little has changed, in my opinion. I see little reason to have 4K in a phone. It takes up a lot of space (and phones like the iPhone and Samsung S6 have no micro SD slots, so that’s a pain), can’t be viewed properly on the device, and most likely will never be viewed properly by the owners of the devices at all. After all, most video shot on mobile phones goes to Facebook or Instagram, and we all know how crap the video quality is there. Compressed to hell, barely HD when it comes to Facebook. Hell, even Vimeo still doesn’t play 4K! 4K and social media are many years away from being comfortable bedfellows.

So what are the benefits of having 4K in a phone, if any? After all, I now have two phones that shoot 4K video…this and my Samsung S6 edge. Well it’s nice to be able to have a high quality video camera in your phone, of course, for those occasions when you don’t have a proper camera on you. For me that is almost never. I currently always have my Sony A7R II on me and at the very least the RX100 IV, both of which shoot infinitely superior 4K. For those man-bag-less (or lady-bag-less) camera obsessives who don’t go to Tesco with a full frame 4K shooting machine on them, perhaps it’s different? I don’t know. A lovely HD image is more than enough for a phone…how often on 4K shoots have you desperately needed an extra angle? Maybe that could be a use? I think I am clutching at straws a bit here! A much more useful feature in camera phones is super slow motion, which I am surprised I don’t see more examples of in social media. After all, everything is better in slow motion! 😉

Anyone who sets out to shoot a film on an iPhone rather than a proper camera is simply doing it because they are either very silly or want to attract publicity for their film. Proper cameras that shoot wonderful video are so bloody cheap these days, there is no excuse. Shooting video properly with an iPhone is a right pain in the bum. Yes, there are many apps which help you, but there is still the issue of having to use clip-on lenses to try to get a different focal length, filters somehow and even rigs. Then there is the storage issue. I don’t know about you, but my iPhone is always bursting to the brim with photos, video, music, apps etc…

What attracted me to the iPhone 6s was that it’s the newest model. There is honesty for you! Well, that and that it has a better camera and sensor. Not that I take many iPhone photos these days; if you look at my Instagram it’s mostly Pentax 645z or A7RII photos (plus of course the Theta 360 ones!) all of which I send to my phone via wifi, grade on the phone, and then post. It’s so easy! Putting all the negativity aside, what is the 4K actually like? It’s fine…it’s usable with care. If you use an app like the one I used here, ProCam 3, you get manual control, frame rates like 24p and 25p instead of the default 30p. In fact, ProCam 3 is very nice. The controls are excellent. Filmic Pro is also a great contender, its party trick being a much more robust bit rate, meaning less compression (but of course taking up more space on the phone). 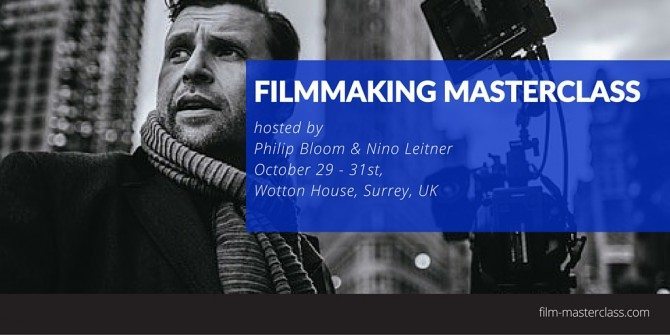 Without ND it’s impossible to keep your shutter speed at the correct “double the frame rate”, but I was able to keep my ISO low. Be careful though, even at the lowest ISO if you underexpose you will get horrendously noisy images, so make sure you nail that exposure. You can always make it look darker in post for things like silhouettes.

I used the excellent Lanparte 3 axis gimbal for GoPro/ Smartphones a little (I forgot to charge it so it didn’t last long!) and then my MeFoto tripod with smart phone attachment for the rest.

The Lanparte stuff wasn’t as good as it should be, the counterweight has gone walkies so the balance is off…I need to find a replacement for it somehow! It’s really excellent, we have been using it on “The Wonder List” a lot with the GoPro 4 and the results are terrific. I have bought 4 Feiyu gimbals and all of them broke quickly. This is solid and has been through a lot and is still going strong!

I stopped filming when the light went. The noise in 4K is awful as expected, and I found that pushing the ISO past 400 gave me really noisy images. So I stopped. This is NOT a low light camera! 🙂

Shooting my my new TLR instant whilst my iPhone 6s is rolling 4K video in Richmond. – Spherical Image – RICOH THETA

As expected, the video is a bit oversharp, too contrasty and saturated. Unless I am missing something, I haven’t found an app that lets me flatter the captured image. To make the image look less video like I use, of course, my go to plug-in for Premiere…FILM CONVERT!

Using the Sony A7s “movie” profile as a base (there isn’t an iPhone one and it’s a pretty contrasty mode on the A7s) I used my favourite stock, Velvia, then bring the film grain down to about 20% using the full frame setting which is very fine grain.

In addition I use the luma curve effect to bring the top end down and in Premiere’s Lumetri I bring up the Vibrance (Vibrance is supposed to add saturation to the image without effecting skin tones, which the actual “saturation” slider does) Additionally I pushed up the faded film slider for the “love it or hate it” raised blacks look.

All of this is done on an adjustment layer with any minor tweaks colour correction-wise done on the individual clips. 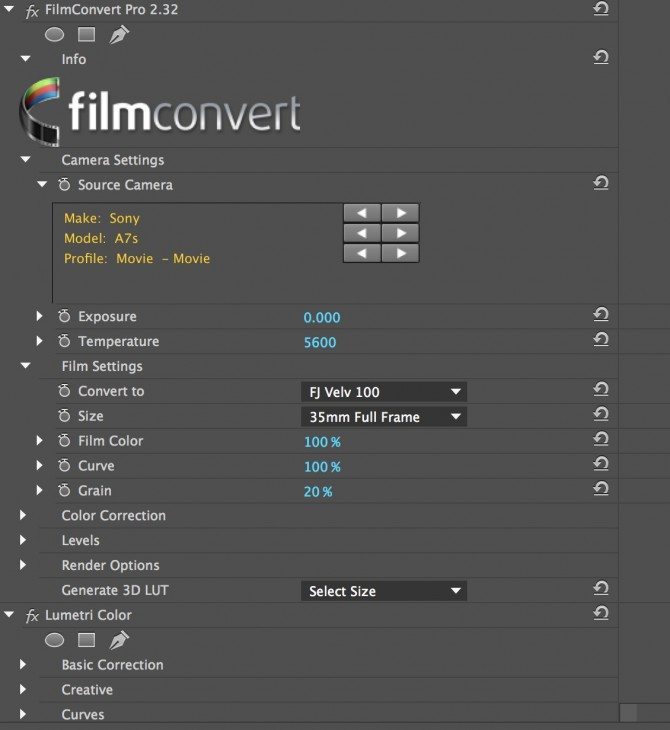 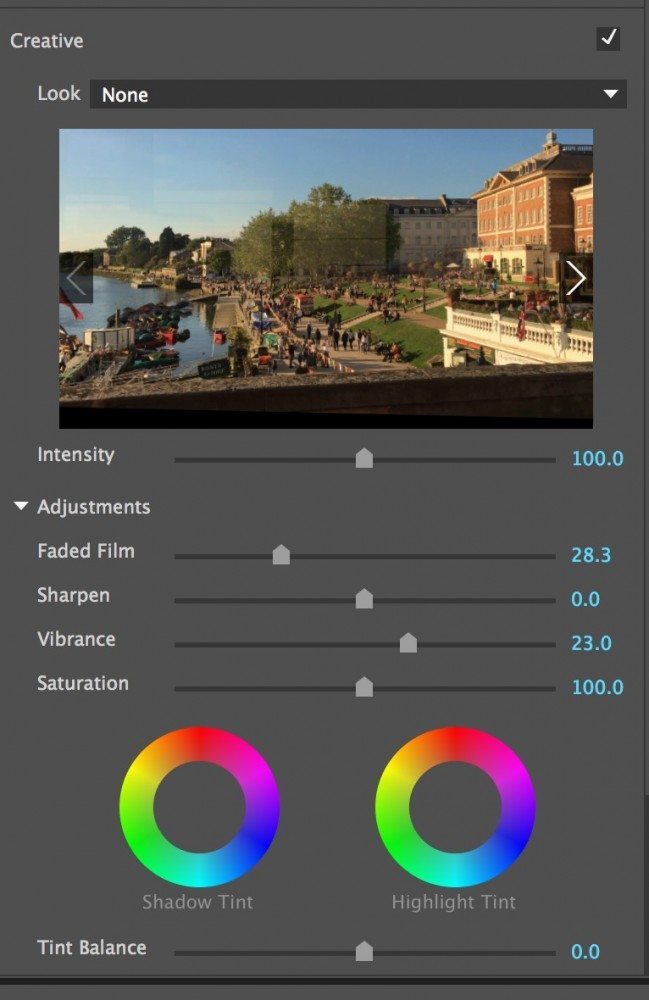 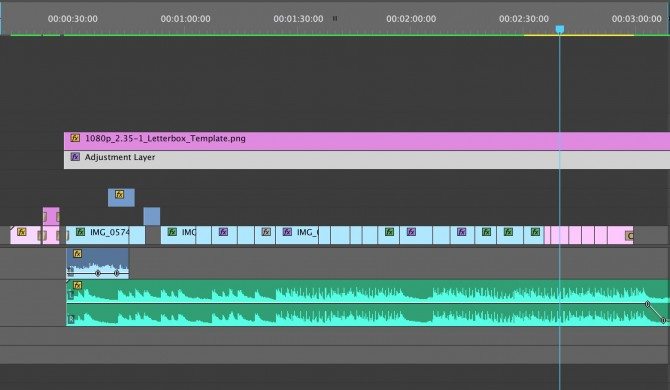 Of course, if the 4K in the iPhone 6s was simply AMAZING and did everything my A7s/ A7RII and FS7 do combined then I would be recommending this to everyone, and of course it would be the solution to my 9 cases of gear/ buggered back problem! 🙂 Sadly it doesn’t…but it’s still nice, as you can see below after all that grumpiness! Let’s not forget the key thing here though…I shot this with my phone! Isn’t technology bonkers!?

Vimeo plus/ pro users can download a compressed 4K version from the Vimeo site linked below the video. YT 4K streaming version below too of course!

It’s a damn fine smart phone by the way…I may have missed that bit!

Richmond sunset with the iPhone 6s 4K from Philip Bloom on Vimeo.